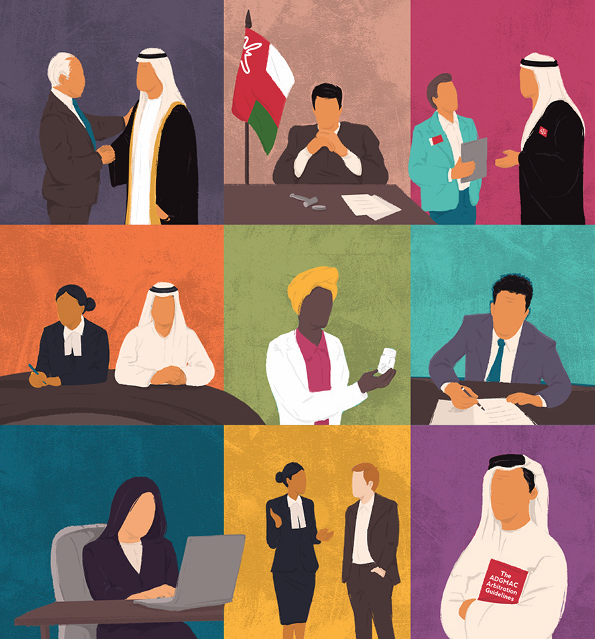 In this month’s special feature of Law Update, we focus on dispute resolution. In our current economic environment, we are seeing parties resorting to courts, arbitral tribunals, and other dispute resolution mechanisms at a steady, if not accelerated, pace.

This edition contains articles on several notable developments and issues of interest in the context of dispute resolution regionally and globally.

We also look to Bahrain and Oman. In ‘The Legal Landscape for Commercial Agencies in Bahrain’, we discuss a local agent’s right to seek statutory compensation for the termination of agency under Bahraini law, the method employed by the local courts in the calculation of such compensation, and the potential issues that may arise when such claims are brought in arbitral proceedings seated in Bahrain. In ‘Executing Foreign Judgments in the Sultanate of Oman’, our experts offer a summary of the legal framework regarding the recognition and enforcement of foreign judgments in Oman.

In ‘Resolving Pharmaceutical Disputes through Arbitration’, our team focuses on the pharmaceutical industry. The article outlines the current landscape and nature of pharma-related disputes as well as setting out the advantages that arbitration offers as a dispute resolution mechanism with a view to achieving an efficient resolution of disputes.

More generally, and in light of their regular usage in the region, we provide a snapshot of the objective and value of multi-tier dispute resolution clauses in an article entitled ‘A Practical Approach on the Multi-tiered Dispute Resolution Clauses’. The article also offers insight into the factors that must be kept in mind when drafting such clauses.

This Law Update edition also benefits from notes on five important judgments. Specifically with respect to the UAE, in ‘Dubai Court of Cassation Rules on the Effect of the Failure to Administer an Oath in Arbitral Proceedings’, we discuss the recent ruling of the Dubai Court of Cassation which sets out an arbitration-friendly principle relating to the administration of oaths whilst confirming the strict grounds on which parties may request to set aside an arbitral award.

In ‘DIFC Court of First Instance Enforces Residential Ijara Mosufa Agreement for the First Time’, we record the first decision of the DIFC Courts on an Ijara Agreement.

In ‘Judgment and Commentary: Corporate Offshore Lending based on Security Agency Structure and Corporate Guarantee’, we discuss a recent decision by the Dubai Courts in which Dubai Law No. (14) of 2008 (the ‘Dubai Mortgage Law’) was deemed, for the first time, applicable to cases where the lender was an offshore bank and where the mortgagee and the lender were two separate entities. This decision provides some clarity to the wording of the Dubai Mortgage Law.

Finally, in a note titled ‘The Qatari Courts’ Approach To Awarding Interest’, we discuss a 2018 decision by the Qatari Court of Cassation in which the court found that an arbitral award that included an award of interest was valid and not contrary to public policy in Qatar. This decision is noteworthy because it marks a clear shift in the Qatari courts’ approach to awards of interest which are now deemed incompatible with Shari’a law. This decision has had the effect of strengthening the pro-arbitration image of the country.

We trust that you will find this special feature useful and thought provoking. Please contact us for any queries relating to these articles or general dispute resolution related inquiries.