Mediation in the Middle East: Before and After the Singapore Convention 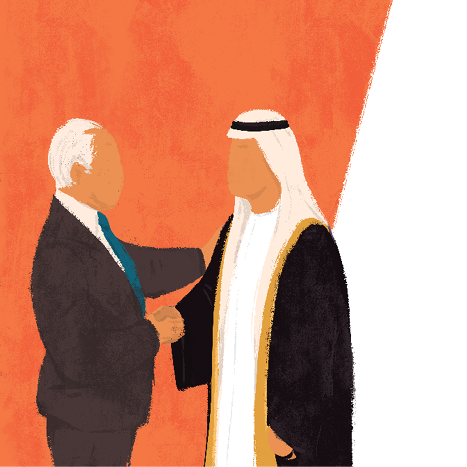 N.B. An edited version of this article has been previously published on the Kluwer Mediation Blog.

In this article, we aim to provide a vignette of mediation practice across the Middle East and highlight the prospects of its continued development in the region in light of the Singapore Convention, after discussing some of the key highlights of this international law instrument.

Selected Highlights of the Singapore Convention

Article 1(3) of the Singapore Convention precludes settlement agreements that are enforceable as court judgments or arbitral awards from its application. This has created a well defined field for the exercise of this Convention and eliminates potential overlaps with other conventions regulating international trade such as the New York Convention and the Hague Convention on Choice of Court Agreements (2005).

While the New York Convention will continue to govern settlements achieved through mediation that is part of Med-Arb and Arb-Med-Arb processes, the Singapore Convention now grants an equal level of authority to settlements solely resulting from mediation. Indirectly therefore, this will help establish mediation as an independent and more effective means of Alternative Dispute Resolution (‘ADR’), as opposed to a subsidiary step in the arbitration process.

Articles 5(1)(e) and (f) of the Singapore Convention provide that the competent authority may refuse relief on the grounds of “serious breach of standards applicable to the mediator or the mediation” and failure to disclose “circumstances that raise justifiable doubts as to the mediator’s impartiality or independence”.

Interestingly, the Singapore Convention does not stipulate the standards that are to be used to assess the conduct of the mediation, the mediator or the latter’s impartiality. According to the Travaux Préparatoires, it was noted that “the competent authority [would be allowed] to determine the standards applicable, which could take different forms such as the law governing conciliation and codes of conduct, including those developed by professional association” and further stated that “the text accompanying the instrument would provide an illustrative list of examples of such standards.”

As the Singapore Convention does not set out any illustrations for either provision, and since there is no soft law or guidance on which States may rely (unlike arbitration, mediation receives scant attention from international associations; a quick scan of the International Bar Association Committee web pages for arbitration and mediation is enough to arrive at this conclusion), the onus for clarifying these standards now lies with the competent authorities in each ratifying State.

Consequently, and where required, signatory States will have to include standards within their own national laws before they will be able to ratify the Singapore Convention. In turn, this may spur the production of soft law instruments to streamline and harmonise these standards. As a result, there is sure to be the creation of standards so far elusive in mediation aside from the generation of greater awareness and discussion of mediation in the visible future. It is worth noting that at present, the recently launched Saudi Centre for Commercial Arbitration (‘SCCA’) provides a code of ethics for mediators in Saudi Arabia. 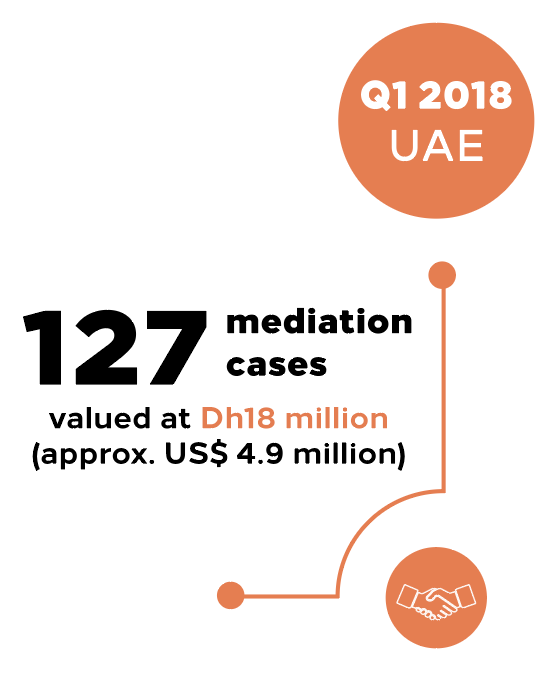 Mediation in the Middle East: In Retrospect

Mediation (‘al-Wasata’) has historically been an integral element of the traditional structure of dispute resolution in the Middle East. While it has been popular as an informal means of settling commercial disputes, recently, there have also been continuous developments in commercial mediation in the region.

For example, in the United Arab Emirates (‘UAE’), agreements resulting from mediation have been enforceable through certain avenues for some time now. Federal Law No 26 of 1999 Concerning the Establishment of Conciliation and Arbitration Committees at Federal Courts established conciliation and reconciliation committees at the Federal Courts for facilitating the settlement of civil, commercial and labour disputes. Any settlement reached through the committees is embodied in a court document and treated as a writ of execution.

Similarly, the Centre for Amicable Settlement of Disputes in Dubai was established pursuant to Dubai Law No. 16 of 2009 Establishing a Centre for Amicable Settlement of Disputes. The Centre is associated with the Courts and is tasked with attempting to mediate disputes before they are referred to the Courts. Any settlement agreement arrived at is legally enforceable and is equivalent to an executive instrument which may be directly enforced through the Execution Courts.

Similarly, in Saudi Arabia, the SCCA which was set up in 2016 provides both arbitration and mediation services. With regard to mediation, the Centre has developed rules closely modelled on the ICDR-AAA Rules apart from the aforementioned code of ethics for mediators. In December last year, the Ministry of Justice also organised an advanced training programme for qualifying court mediators on best practices to settle disputes following international standards.

As it stands currently, and within the Arabic States, the Singapore Convention has been signed by Jordan, Qatar and Saudi Arabia. This leaves behind established centres of ADR in the region like the UAE as well as growing centres such as Egypt, Bahrain, Kuwait, Lebanon and Oman. This is not to say however that significant changes are not already underway in these countries.

In Bahrain, the Bahrain Chamber for Dispute Resolution (‘BCDR-AAA’), an independent dispute-settlement institution in operation from 2010, has been offering mediation services to commercial and governmental parties in the region. In July this year, the Mediation Rules were updated to coincide with the signing of the Singapore Convention. Most notable, amongst the changes, are the updated provisions on independence and impartiality and the option for parties to commence or continue parallel arbitral or judicial proceedings.

Within the last year, the following three countries have seen major changes to their mediation frameworks. In Lebanon, Law No. 82, was published in the Official Gazette on 18 October 2018. This law, which entered into force in May 2019, enables parties to access mediation once their dispute is submitted to the court, at any time during the court proceedings. This will supplement the Lebanese Arbitration and Mediation Center (‘LAMC’) that already provides mediation services. In Oman, the Oman Commercial Arbitration Centre (‘OCAC’) was launched in July this year. At the press conference, an OCAC Board Member noted that the Centre would include mediation services as part of its competencies. Around the same time in the UAE, the Abu Dhabi Global Market (‘ADGM’) Courts announced the launch of their court-annexed mediation service for ADGM entities and litigants before the ADGM Courts. This brings the ADGM Courts on par with the other offshore jurisdiction in the UAE – the Dubai International Financial Centre (‘DIFC’), where the DIFC Courts include mediation in certain procedures and promote mediation as an alternative means of resolving disputes (the DIFC-LCIA Arbitration Centre also offers mediation services to users modelled on the LCIA Mediation Rules).

Mediation in the Middle East: Prospects

With the need to bring their national laws in line with their obligations under the Singapore Convention, signatories in the region will have to amend or, as in most cases, introduce dedicated standalone national laws on mediation. While there is much that remains in the air with regard to how effectively, and through what strategies, each of these countries will implement the Singapore Convention in their jurisdictions, one thing that we know for certain is that mediation in the Middle East is in for a facelift with a view of a promising future.

Al Tamimi & Company’s Dispute Resolution team has the capability to provide advice to clients on mediation proceedings, to assist as counsel in mediations and to act as mediators in commercial disputes across the region. For further information, please contact Sara Koleilat-Aranjo (s.aranjo@tamimi.com).