The Legal Landscape for Commercial Agencies in Bahrain 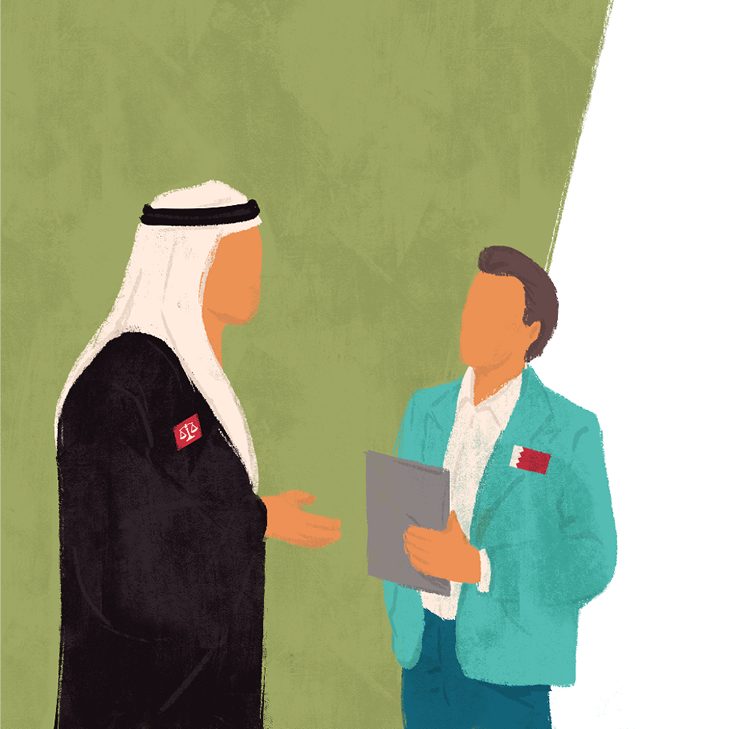 The remarkable growth of the Bahraini economy has resulted in the creation of a significant market and an increased demand for worldwide recognised brands to be imported into the country. In particular, the rapid growth of all sectors in Bahrain and the region, in general, has given rise to increasing demand for international services and products. Accordingly, since the 1970s Bahrain has introduced laws aimed at governing and regulating these transactions which have resulted in a significant number of international brands registered and trademarked in Bahrain.

The primary pieces of legislation for distributorship and franchise arrangements in the Kingdom is the Commercial Agency Law No. 10 of 1992 as amended (the ‘Agency Law’) and its implementing regulation No. 2 of 1993 (the ‘Implementing Regulations’) as well as certain provisions under the Bahrain Law of Commerce, Legislative Decree No. 7 of 1987 as amended (the ‘Law of Commerce’) and the Civil Code No. 19 of 2001 (the ‘Civil Code’).

The Agency Law and the Implementing Regulations apply to locally registered distributorship or agency agreements. Under Article 13 of the Agency Law the distributorship agreement should be registered with the Ministry of Industry, Commerce and Tourism (‘MOICT’). Failure to register the same would bar any action under the Agency Law, but this does not mean that the action itself is barred. A claim can be made in general terms for contracts falling under the Civil Code and to some extent the Law of Commerce.

Finally, it should be noted that there is no clear registration requirement under the Law of Commerce, which contains a cross-reference to the commercial agency law of 1975 which was superseded by the Agency Law.

Further, to be eligible for registration in the Commercial Agency Directorate of the MOICT and so have a dealer agreement registered as a commercial agency, the Bahrain territory dealer must be a registered entity in Bahrain possessing the necessary features required by law, including a minimum of 51 percent ownership by a Bahraini.

Unlike other similar jurisdictions, Bahrain does not require exclusivity for the commercial agency agreement.

Once a registered commercial agency is terminated, the local agent has a statutory right to claim compensation. This right does not mean that compensation is automatically payable to the agent. An agent will need to prove it is entitled to such compensation. In our experience the Bahrain Courts usually require the local agent to submit proof evidencing that the agency was profitable and that its efforts resulted in successfully promoting the principal’s products and/or increasing its customer base (i.e. the principal’s decision to terminate the agency agreement prevented the local agent from earning profits from a demonstrated market success). Failure to do so would very likely result in the rejection of the agent’s statutory compensation claim.

Pursuant to Articles 8 and 9- b of the Agency Law, unless a substantive or procedural defence is otherwise available to the principal, the agent is entitled to compensation upon termination of the agency relationship, whether such termination results from the actions of the principal or simply from the expiration of the terms of the agreement. Moreover, the parties are not permitted to contract out of the obligation to pay compensation under Articles 8 and 9 of the Agency Law, as to do so would be generally considered a matter of public policy under Bahraini Law.

As noted above, the issue of compensation for an agent upon the termination of an agency relationship (other than by the fault of the agent) is compulsory in Bahrain. This is viewed as a matter of public policy/order requiring Bahraini Courts to apply Bahrain Law instead of the stated governing law (insofar as the stated governing law would allow for contracting out of this compensation). In this regard Articles, 4 and 5 of the Bahrain Conflicts of Laws Statute, Law No.6 of 2015 (the ‘Conflicts Law’) confirm that the parties may select the law governing their contractual relationship provided that this does not conflict with Bahrain public order.

The scheme of statutory compensation aims to reimburse the local agent for any effort, cost and/or loss resulting from the deprivation of the local agent’s opportunity to benefit from its work to promote the brand and maintain or expand its market share. In other words, the statutory compensation aims, mainly, to compensate the agent for any future loss of profit and consequently the cost incurred by the agent where its efforts (e.g. marketing, promotion, services associated with selling the products etc.) have resulted in obvious success to the principal’s products or has increased the market share and the agency relationship has been terminated other than by the agency’s fault. The rationale for such statutory compensation is to ensure that the agent receives the benefit of profits derived from its efforts promoting the products. Essentially this protects an agency that introduced a brand to the market from being replaced by an agency seeking lower commissions whilst enjoying the benefits of taking over an agency with already established products.

The Mechanism of Awarding Statutory Compensation

There is no one mechanism or universal calculation method upon which Bahrain Courts may base an award for compensation to an agency following termination. From our experience, in similar matters, we note that the compensation varies from case to case. It is important to be aware that the Bahrain Courts, in considering agency claims, have not followed consistent principles for assessing these types of claims or measuring the severity of a breach. As a result and taking into consideration that the judge/tribunal also acts as the finder of fact in practice, there can be wide variations in how the court approaches the issue of damages and how it quantifies damages on the facts of any particular case.

In principle, in cases where the local agent/distributor is able to successfully bring a claim for compensation before the Bahrain Courts, the court can examine all relevant factors including the following when considering the amount of compensation payable:

The above is a non-exhaustive list which may be taken into account by the court when quantifying compensation and which is based on observations of past Bahraini Court decisions.

As indicated, in the absence of any precise method for establishing how and to what extent compensation is payable, in practice the Bahrain Courts tend to take a broad approach in assessing compensation. In determining the compensation amount, the court/tribunal will hear any evidence adduced in relation to local agency/distributor loss of profit, the costs of promoting the products, and often may appoint an expert to quantify the damages. Even where experts are appointed however, as the determination of compensation is very case-specific, and no established methodology is adopted, the recommendations of the experts and the decisions of the courts tend to lack consistency.

We are aware of cases where courts have granted agencies an amount equal to the average net profit realised by the agency in the three to five year prior to termination or expiration of the agency agreement multiplied by a factor of three to seven (plus exceptional expenses incurred by the agency).

It is interesting to note that under Article 12 of the Agency Law the existence of a dispute (whether litigation or arbitration) between the agency parties does not affect operations and/or transactions relating to the products covered by the agency. This provision can be used as the basis, in cases where the appointment of a new agency is disputed, for applications for injunctive relief against the new agency before the Bahrain Court.

In case the parties have amicably agreed to terminate and de-register the commercial agency, the default position (i.e. unless otherwise agreed) would entitle the local agent to receive compensation from the new agent equalling the stock value (i.e. market price or cost price, whichever is less) in addition to five percent of the value.

The Agreement on Arbitration and Applicable Laws

No provision of Bahrain law prohibits the parties from agreeing on foreign law and arbitration even where the subject of the contract is not connected with Bahrain, unless the agreement breaches local laws and/or public policy. In this regard, and as noted above, Articles 4 and 5 of the Conflicts Law confirm that the parties may select the law governing their contractual relationship provided that this does not conflict with Bahrain public order. Being a procedural law, this applies to cases before the Bahrain courts as well as to cases before competent arbitral panels.

It follows that if, in any Bahrain-seated arbitration, the foreign law does not provide for an award of compensation, and no such compensation is awarded, this could arguably give rise to a breach of local law resulting in a challenge to the award and/or to challenges in an enforcement context (including for any non-Bahrain seated award).

The jurisdiction provisions contained in the agency agreement could also be sufficiently valid to confer the necessary jurisdiction. Bahrain has enacted an arbitration law derived from the UNICTRAL Model Law on International Arbitration with 2006 amendments pursuant to Law No. 9 of 2015. This law provides for the prima facie validation of an arbitration agreement where such agreement is in writing and where it is not otherwise null and void, inoperative or incapable of being performed. Arbitration in the commercial agency context is specifically accepted (i.e., it is not de jure null and void), and it can therefore be anticipated that the Bahraini courts (and tribunals) will take a pro-arbitration stance in giving effect, where possible, to arbitration agreements.