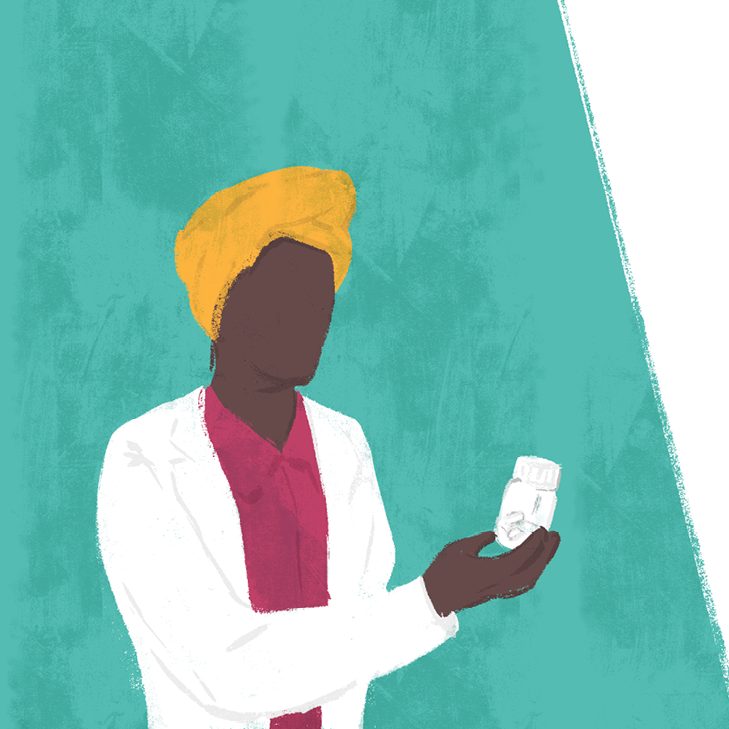 The pharmaceutical industry is one of the largest and fastest-growing business segments in the world. Its importance and influence are expected to maintain growth; having reached a worth of $934.8 billion in 2017, the estimated global revenue is expected to be $1170 billion by 2021.

The industry provides a wide range of goods and services such as the development of pharmaceutical products, medical equipment and equipment used in diagnostics. This requires the key players involved in the industry to devise and maintain commercial legal arrangements, carry out cross-border transactions, and comply with national and international regulatory requirements.

With its size and value, it is no surprise that the industry players often get involved with complex and high-value disputes. The pharmaceutical industry is a complex field and consequently, disputes of a different nature arise. As such, arbitration is gradually becoming the preferred method of dispute resolution for pharma-related disputes. This article intends to discuss the nature of pharmaceutical disputes and highlight some of the added values of resorting to arbitration in resolving such disputes.

1. Nature of Most Common Pharmaceutical-related Disputes

Some of the most common pharmaceutical-related disputes are as follows:

The pharmaceutical industry is a research-based industry with a focus on innovative methods to develop, improve and adapt new and existing drugs, equipment and medical processes. As such, patents are crucial to the industry, and patent rights secure investments made during the research and development.

The players in the pharmaceutical market must also rely on the protection of trade secrets and undisclosed data in order to maximise their profits and to avoid having their competition use certain information to their advantage.

Therefore, it is no surprise that Intellectual Property Disputes (‘IP Disputes’) remain a principal issue and are the most common disputes in the pharmaceutical industry.

With the growing demand for new drugs and mandatory regulatory requirements, there is a proportionate increase in the costs of pharmaceutical research and development, forcing most innovators and small to medium enterprises (‘SMEs’) to consider consolidation. For example, through mergers and acquisitions (’M&A’) deals with major pharmaceutical companies.

These M&A deals often allow the pharmaceutical companies to capitalise on an opportunity, economies of scale and focus on the core research and development of the business.

By the same token, however, these opportunities to consolidate open the door for major M&A-related disputes during the post-acquisition stage and often give rise to working capital, net assets, indemnity claims, earn-outs, liability and warranty claims.

Disputes arising out of Collaboration and R&D Agreements
Collaboration and Research & Development (‘R&D’) agreements have become a necessity in the pharmaceutical industry due to the costly process of drug development. Parties agree to collaborate with one party conducting research studies and licensing out their intellectual property to the other party that will then commercialise the product or technology in exchange for a payment or a certain amount of royalties. The reality is that, more often than not, the commercial relationship between pharmaceutical companies and their research collaboration partners (such as SMEs, Universities and Medical Centres) are not successful. Consequently, disputes arise from differences in parties’ interests such as IP ownership disputes, breach of confidentiality and so on.

Considering that the pharmaceutical industry is wide-reaching and of significant size, the underlying disputes are often complex, multi-jurisdictional and involve high-value claims. As a result, parties often seek to have them resolved swiftly and confidentially. For these reasons, it may be preferable for the parties to use arbitration in order to solve their disputes. It is, however, worth highlighting that certain pharma-related disputes, specifically those arising out of patent invalidations, are considered non-arbitrable in the UAE given that they deal with amendments to public records. Notwithstanding this, arbitration is now being recognised as an effective and advantageous means of dispute resolution for the pharmaceutical industry namely for contractual related matters. Arbitration allows the parties to agree to arbitrate most of their disputes which may arise without having to refer the same to national courts. An agreement to arbitrate can be made ex-ante, during the stage of drafting of the underlying agreements between the parties, or ex-post, by entering into a separate arbitration agreement when the dispute arises. The dispute is then referred to an independent tribunal, which subsequently issues a final and binding award. We set out below some of the key advantages that arbitration can offer to parties seeking to resolve their pharma-related disputes.

Party Autonomy and Minimal Intervention by the State Courts

The parties referring their disputes to arbitration have the freedom to appoint an arbitrator of their choice. This is particularly important in resolving sector-specific disputes like those relating to the pharmaceutical industry, as a resolution of these disputes often requires a specific level of technical expertise. The parties have the option to consider the background of the arbitrators and determine the tribunal best suited for resolving their dispute.

In addition, arbitration also grants parties the freedom to agree on the arbitral procedure and the arbitral tribunal to conduct the proceedings. This autonomy allows the parties to carefully select or design an arbitral process that will increase the likelihood of a favourable outcome.

Given the prevailing cross-border nature of pharma-related disputes, arbitration constitutes an appropriate dispute resolution method because it gives the parties the opportunity to agree on the seat of arbitration. The choice of the seat of arbitration is vital to the resolution of complex and cross-border disputes as it determines the national law applicable to the procedure of the arbitration and the supervisory court, which has the power to intervene in the procedure and make decisions when the arbitral awards are challenged. Thus, by resorting to arbitration, the parties have an option to select a jurisdiction recognised as pro-arbitration with the assurance of limited intervention by the national courts. 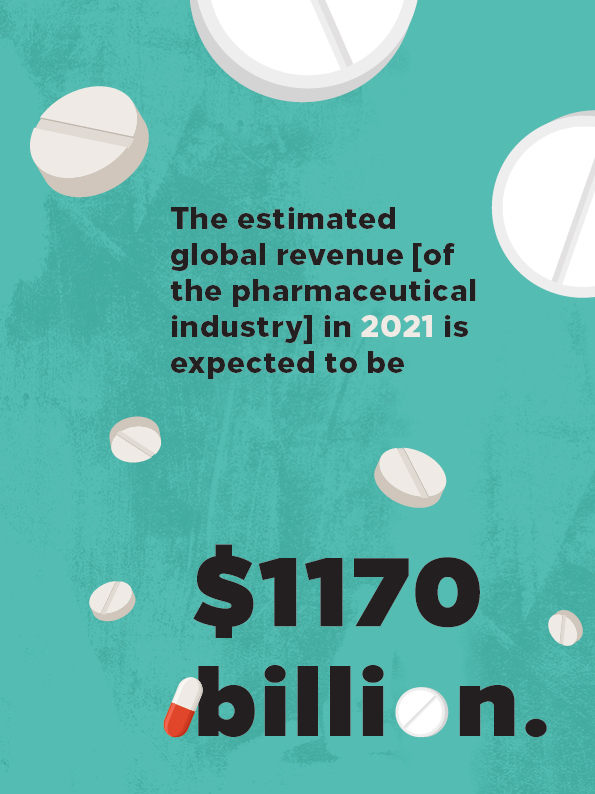 A Fact-Finder with the Requisite Technical Expertise

The shift towards an increasingly pro-arbitration industry is further exhibited by the actions taken by the International Centre for Dispute Resolution (‘ICDR’), the American Arbitration Association (‘AAA’), and the International Chamber of Commerce (‘ICC’). Following significant growth in the number of pharmaceutical disputes referred to arbitration, these arbitral organisations have initiated services to cater to the requirements of the pharmaceutical industry by including expert arbitrators with pharmaceutical sector-specific expertise.

This increased number of experts with the relevant technical expertise enables parties to solve their dispute effectively, precisely and in a timely manner as the arbitral tribunals would have the requisite technical experience to resolve the issues in dispute. The growing stance of arbitration as a dispute resolution method for pharmaceutical-related disputes has also led the World Intellectual Property Organisation (‘WIPO’) to open a centre specifically for providing Alternative Dispute Resolution Services for Life Sciences, which aims to resolve disputes in connection with the pharmaceutical and life sciences industries.

Confidentiality and Enforceability of Awards

Another factor that needs to be considered in any dispute is the enforceability of the prospective award or judgment. As most pharmaceutical disputes involve a multitude of jurisdictions, the enforcement of foreign court judgment may be difficult at times. However, there exists a number of international treaties and conventions, which ensure a streamlined procedure of recognition and enforcement of arbitral awards between states, including the successful New York Convention on the Enforcement of Foreign of Arbitral Awards of 1958.

Furthermore, as the pharmaceutical disputes often involve high-value claims, confidential IP issues, trade secrets and know-how, parties are often inclined to have the disputes resolved through a confidential process. Many of the institutional rules of arbitration provide for confidentiality in relation to documents, submission and evidence. Generally, parties can also include an express confidentiality obligation in their arbitration agreement. As such, while confidentiality, and its scope, are not always guaranteed, there is usually a tendency for a higher threshold of preservation of confidentiality in arbitral proceedings as opposed to court litigation proceedings.

Based on the foregoing, and considering the nature of pharmaceutical disputes, arbitration is a suitable dispute resolution method. Indeed, arbitration provides a neutral forum and often enables the parties to keep the disputed matters confidential. Overall, arbitration is essential for the pharmaceutical industry, an industry riddled with cross-border and multi-jurisdictional disputes. The party autonomy, choice of adjudicators and seat allow the pharmaceutical industry to reap the benefits of an alternative dispute resolution method and tailor the process to the requirements of the industry. However, it is paramount that the arbitration agreements, which command the consensual nature of arbitration, are robustly drafted in order to safeguard the arbitral process and the finality of the arbitral award.