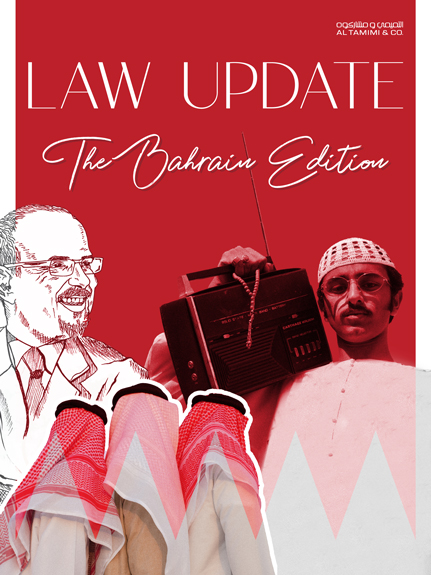 The insolvency regimes in the Middle East have been a focus since the Global Financial Crisis and many of these regimes have been the subject of transformation over recent times.

Bankruptcy laws have been updated in 2020 in the United Arab Emirates (‘UAE’), Kingdom of Saudi Arabia (‘KSA’) the Hashemite Kingdom of Jordan (‘Jordan’), the Sultanate of Oman (‘Oman’), the State of Kuwait (‘Kuwait’), the Kingdom of Bahrain (‘Bahrain’) as Governments seek to modernise their regimes and offer solutions to both debtors and creditors.

In the UAE, the UAE Cabinet approved a further amendment law (law no. 21 of 2020) (Amendment Law) to Federal Law No 9 of 2016 (the Corporate Bankruptcy Law). The Amendment Law follows the previous amendment of the Corporate Bankruptcy Law in 2019 (pursuant to Federal Law No 23 of 2019). In addition to other important amendments, the Amendment Law seeks to address periods during which an ‘Emergency Financial Crisis’ exists. To deal with such situations, the Amendment Law adds a new chapter (Chapter 15) to Section Four of the Corporate Bankruptcy Law titled “Bankruptcy Proceedings during the Emergency Financial Crisis”. An Emergency Financial Crisis is defined as “A general situation that affects trade or investment in the country, such as a pandemic, natural or environmental disaster, war, etc.” Although a definition is included within the Amendment Law, the law goes on to provide that the UAE Cabinet shall determine when such a situation exists, and also the period of the same. This would appear to indicate that a decision of the UAE Cabinet would be required prior to parties being entitled to rely on the provisions in Chapter 15.

In addition to the Corporate Bankruptcy Law, in the context of UAE, each of the financial free zones in the UAE (i.e. Abu Dhabi Global Market (‘ADGM’) and Dubai International Financial Centre (“DIFC:)) have their independent insolvency laws to which companies in those respective jurisdictions are subject to.

The DIFC Insolvency Law, Law No. 1 of 2019 is relatively new. The new insolvency law was enacted on 30 May 2019 and came into force on 6 June 2019. The law introduces: i) a new debtor in possession bankruptcy regime in line with best practice internationally; and ii) a new administration process where there is evidence of mismanagement or misconduct. The law also enhances the rules governing winding up procedures; and adopts the UNCITRAL Model Law on cross-border insolvency proceedings with certain modifications which are compatible with the DIFC.

The newly enacted law complements the DIFC’s commitment to international best practice, with the Insolvency Law aiming to balance the needs of all stakeholders in the context of distressed and bankruptcy related situations in the DIFC, facilitating a more efficient and effective bankruptcy restructuring regime. The insolvency regime in the ADGM is subject to the provisions of the ADGM Insolvency Regulations 2015, which have been amended from time to time and most recently on 8 July 2020 (‘Amendment No. 4;). The Insolvency Regulations in the jurisdiction were amended in 2020, primarily with the objective of providing greater clarity on the prescribed form and content in procedural matters under the regulations and align them with proceedings under the ADGM court system. In addition to the provision of such clarity on the procedural aspects, Amendment No. 4 introduced the concept of priority financing thereby allowing administrators to avail financing for purpose of administration costs and expenses.

The KSA Bankruptcy Law issued by Royal Decree No. M/50 of 28/5/1439H, came into effect in 2018 and tidied up numerous issues that have traditionally cause problems to creditors when dealing with insolvent debtors. The KSA Bankruptcy Law introduces several restructuring and liquidation procedures, i.e. protective settlement, financial restructuring, liquidation, small debtor’s procedures and administrative liquidation. The KSA Bankruptcy Law applies to individuals/corporations carrying on commercial, professional or for-profit businesses in KSA and non-Saudi investors who have assets in KSA or carry on commercial, professional or for-profit businesses through a licensed entity in KSA.

In the State of Qatar there are two concurrent bankruptcy regimes:

The new Bankruptcy Law in Kuwait (Law No. 71 of 2020) was approved by parliament and published in the Official Gazette on 20 October 2020 and seeks to increase protection for troubled businesses, providing new options to distressed companies before they are forced into bankruptcy.  Although the law was approved and published in the Official Gazette, the law mandates that it comes into force three months from the date of the issuance of the laws executive regulations.

In this section we look at those regimes.

Regimes in the Middle East – A Snapshot 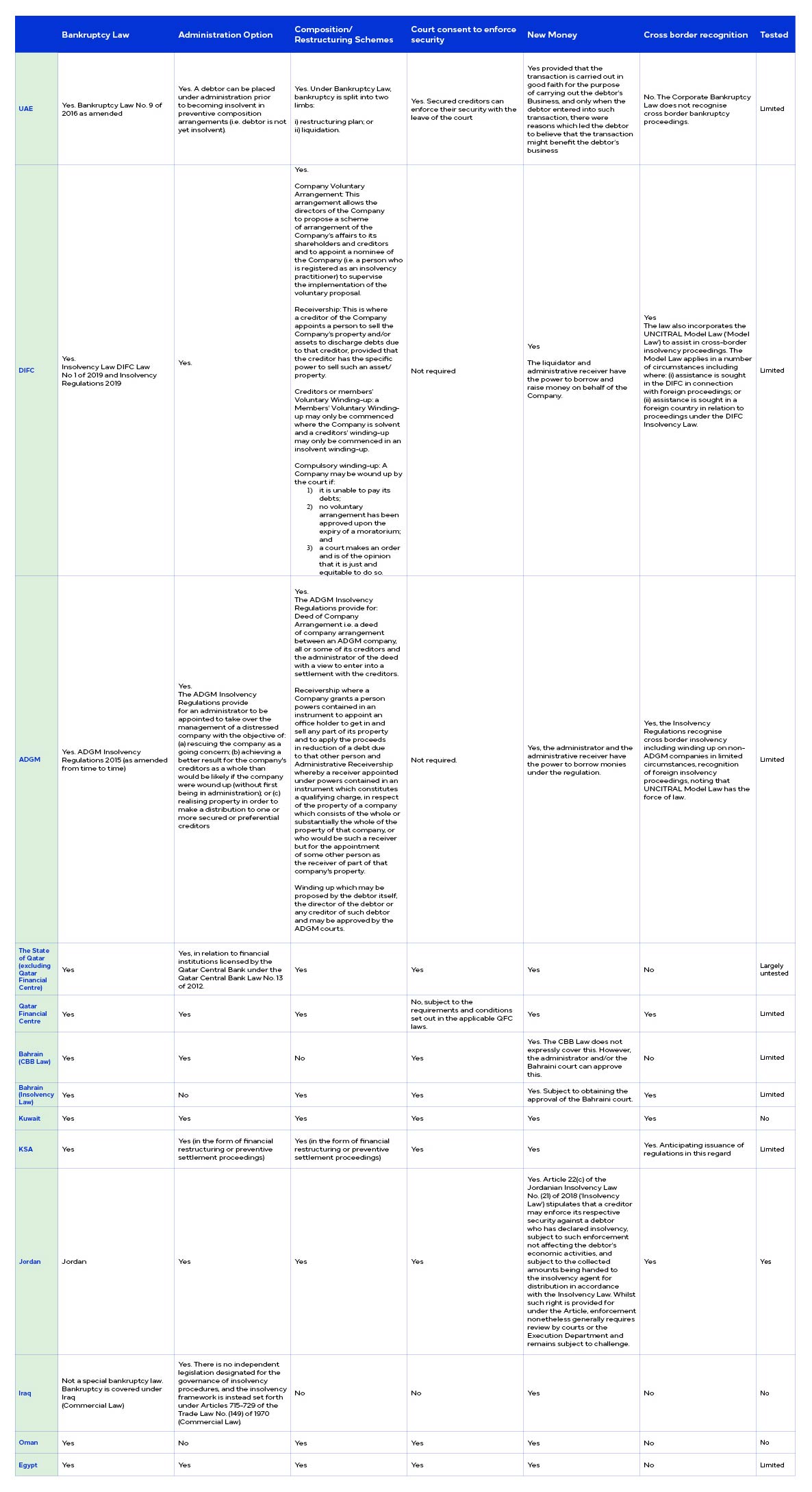