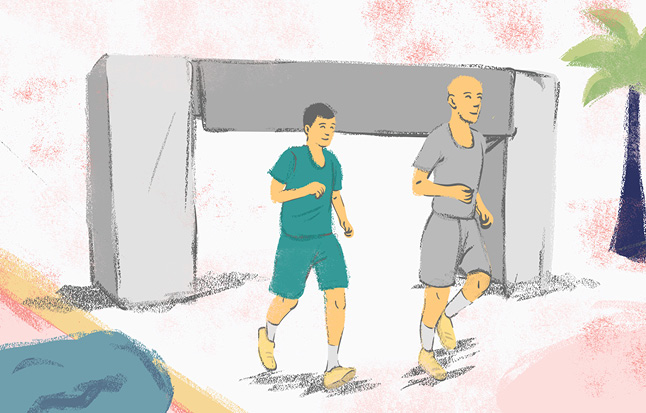 The General Authority for Competition (‘GAC’), the regulator of Saudi Arabia’s Competition Law regime, has been increasingly active in recent years, especially in relation to allegations of anti-competitive conduct and merger and acquisition notifications. A new competition law was published in March 2019 (‘New Law’). When it comes into force in September 2019 it will replace the competition law regime that has been in place since 2004 (as amended in 2014) (‘Old Law’) and seems likely to foreshadow even greater activity by the regulator.

As with the Old Law, the New Law seeks to protect and foster competition. This is done by prohibiting specified practices and behaviour that are regarded as ‘anti-competitive’ as well as imposing controls on mergers and acquisitions to avoid monopolies and cartels being established which impact adversely on competition in the market. The New Law provides that prices will be determined according to the market and free competition, with the exception of products and services where prices are regulated and set by law or by the Council of Ministers.

The New Law reaffirms the overall thrust of Saudi Arabia’s competition law regime. However, the opportunity has been taken to clarify and, in some important respects, extend the reach of that regime. Some of the changes made appear to have been inspired by difficulties experienced by GAC in the application of the Old Law. At the time of writing this Article, a draft of new implementing regulations (‘Draft IR’) has been circulated by GAC for consultation which ends on 19 September 2019. Although we have highlighted some of the main provisions of the Draft IR it is still hoped that the consultation and final implementing regulations of the law, together with its application in practice, will bring greater clarity.

To whom does the New Law Apply?

The New Law applies to “Establishments” and this term refers to individuals and legal persons (such as companies) carrying on economic activities. The expression “economic activities” is defined broadly to include commercial, agricultural, industrial and service businesses and the purchase and sale of products. The Draft IR also makes it clear that the New Law applies to online platforms.

In a departure from the Old Law, governmental organisations and wholly-owned state companies are no longer automatically exempt from the reach of the New Competition Law. To be exempt, the entity must be exclusively authorised by the Saudi Arabian government to provide certain commodities and services in a specific sector. A state-owned utilities company would therefore be exempt. Conversely, a company established to undertake a large development project would not be unless there was scope for that to be considered ‘providing commodities and services in a specific sector’.

It follows that the privatisation of a state-owned utilities company would result in the loss of the exemption.

Those active in the Saudi market should be aware that even their actions abroad have the potential to trigger competition issues in Saudi Arabia as both the Old Law and the New Law apply if there is an anti-competitive impact within Saudi Arabia.

As with the competition regimes in other countries, the concept of the ’Market’ is central to an understanding and application of Saudi Arabia’s competition law regime. The impact of particular actions is viewed through the prism of their impact on the ‘Market’.

The Old Law and the New Law both define the ‘Market’ as:

“The place where or the means by which a group of current and potential purchasers and sellers meet during a certain period of time”.

It may be defined by geographical region and products but it could also be (and often is) defined as a particular type of business or economic sector.

As with the Old Law, the New Law restricts any agreements or contracts that have the aim or effect of disrupting or violating competition and Article 5 of the New Law sets out a non-exhaustive list of practices that are prohibited. In some cases, the proscribed practices are judged by their impact on the Market but in other cases this test is not applied.

Examples of practices that are prohibited by the New Law without consideration of their impact on the Market include:

Examples of conduct that may be prohibited which are Market related include:

One subtle, but important, change relates to the issue of price control. In the Old Law, the prohibition relates to:

“controlling prices of commodities and services meant for sale by increasing, decreasing, fixing their prices or in any other manner detrimental to lawful competition”.

In the New Law the prohibition has been extended to:

“fixing or suggesting prices of products, services or conditions of sale and the like”.

The prohibition against ‘suggesting prices’ indicates that a manufacturer’s recommended resale price could potentially trip the prohibition, even if the recommendation related to a maximum selling price. General practice and the final text of the new implementing regulations should, it is hoped, bring clarity to the extent of how and when this provision will be enforced. It is notable that the provisions of the Draft IR make no reference to “suggesting prices”.

The Draft IR are clear that all activities that have anti-competitive objectives or consequences are prohibited. They further provide that four practices that take place between Establishments that are competitors (or likely to be competitors) are deemed to be explicit violations:

A proposed merger must be notified to and cleared by GAC if it would result in what is known as an ‘Economic Concentration’.

Under the Old Law an Economic Concentration was:

“any act resulting in the full or partial acquisition of ownership rights or usufruct of an entities properties, rights, stocks, shares, or obligations to another entity that puts an entity or group of entities in a position of domination of any entity or a group of entities by way of merger, takeover, acquisition or the combination or two or more managements into one joint management or any other means which leads to having a market share of 40% of the total sales of a commodity in the market.”

One difficulty encountered with the application of the previous Economic Concentration test was that there was often a lack of sufficient and reliable publicly available information about the relevant Market. Consequently, where a proposed merger was notified, it could be difficult, in practice, for GAC to determine whether the merger would result in the merged or acquired entity having a share of 40 percent of the total sales of a commodity in the Market. It is also likely that many mergers which would have resulted in an Economic Concentration were not in fact notified.

Under the Old Law an entity or a group of entities was considered to have a Dominant Position if:

The New Law defines a Dominant Position as:

“The condition where an entity or group of entities assumes control and/or is able to affect a certain percentage of the Market where it carries on its business”.

The Draft IR have set the percentage of the market at 40 percent (with no reference to a time period) and continues to apply tests related to the ability to influence the price in the Market. Factors to be taken into consideration include competitors and market share. Therefore, if there are limited players in a market there is likely to be an inference that an entity within that market has an ability to influence price.

While the Draft IR expand the factors GAC may take into account in determining whether an entity has a Dominant Position, reaching a conclusion is likely to remain challenging in circumstances where there is an absence of reliable and relevant market-based information.

Why is an Entity with a Dominant Position in the Market singled out for special treatment?

There is working hypothesis that an entity with a Dominant Position has opportunities to distort competition in the Market that other entities do not have.

The final two bullet points are set out as explicit violations in the Draft IR.

Entities which have a Dominant Position in a Market need to be mindful that anti-competitive practices are likely to be viewed more seriously than would be the case if they are a minor player in the Market, in particular if any of their practices could potentially be deemed to fall within the final two bullet points above.

Other Changes to the Competition Regime

Other important changes made by the New Law include the following:

Now that the Draft IR have been published we will continue to monitor how the consultation phase proceeds to see whether it leads to further amendments to the Draft IR and how the New Law and Draft IR will operate applied in practice. We will provide a further update once the final implementing regulations are published.

It is expected that the number of applications for Economic Concentration and/or investigations for breach will increase as a result of the New Law.

In recent years we have seen a greater willingness on the part of GAC to enter into informal discussions with entities in advance of applications for Economic Concentration and GAC has acknowledged that the current market share test is difficult for entities. It is hoped that the new test for Economic Concentration will be easier to apply than the current market share test.

We anticipate that customer interests will continue to be front and centre of the competition regime. Developments such as potential whistle-blower protection, exemptions for regulated products and for activities where the benefits outweigh the costs can all be seen in this light.

What is certain is – Saudi Arabia’s competition regime is becoming increasingly sophisticated and all current and future investors in Saudi Arabia should keep competition issues in mind when considering their business and investment strategies.