Unlucky Article 13: A Footballer’s First Professional Contract in the UAE; Is the Deck Stacked Against Locals? 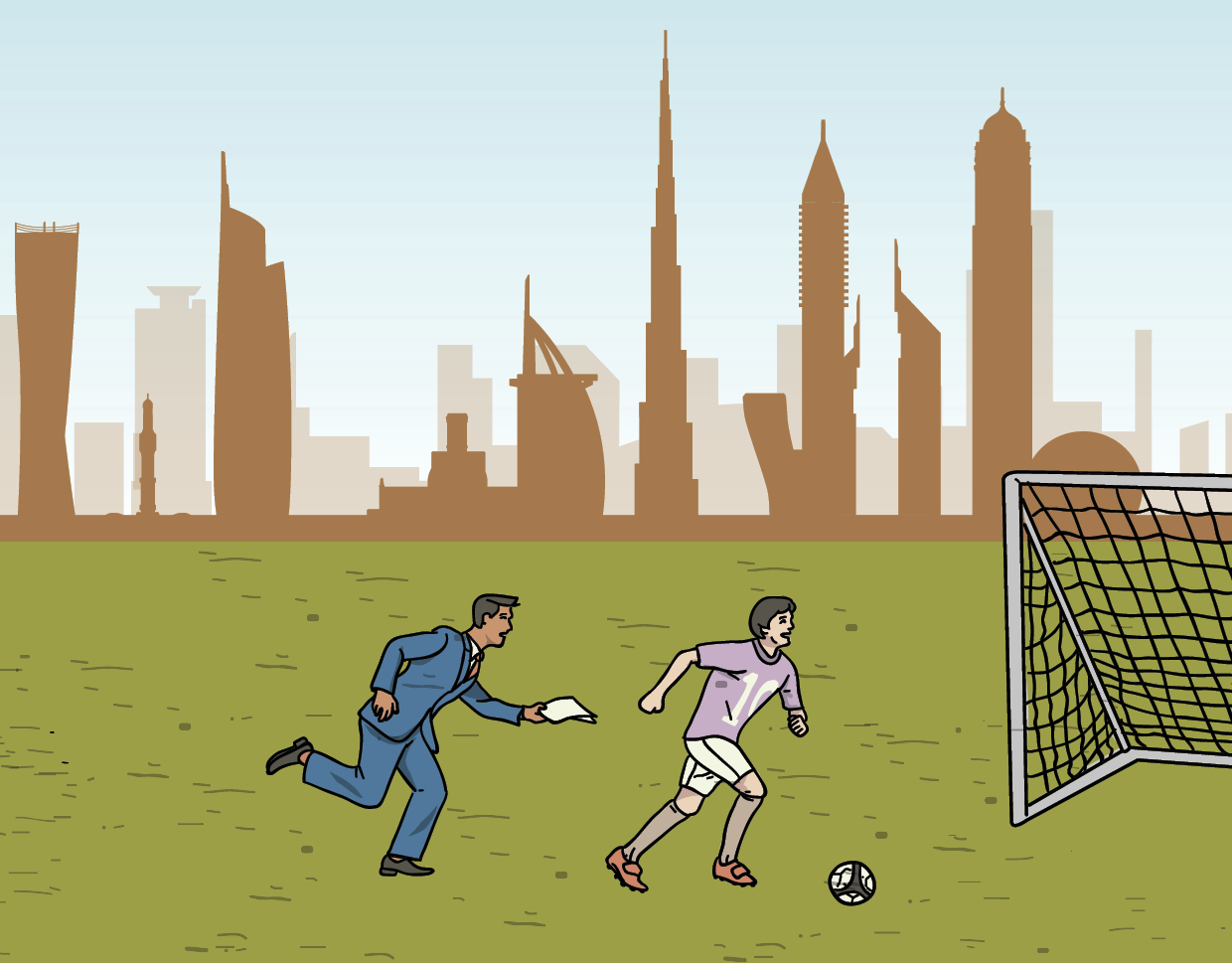 N.B. The majority of this article was first published on the LawInSport Blog on 21 June 2019.

This blog examines the United Arab Emirates (‘UAE’) Football Associations (‘UAEFA’) Regulations on the Status and Transfer of Players (‘RSTP’). More particularly, Article 13 of the UAEFA RSTP is proving controversial at present for two main reasons:

We discuss each point in turn.

The UAEFA Regulations on the Status and Transfer of Players

Article 13 of the RSTP provides the following conditions (amongst others) for UAE nationals to become professional football players:

The obligation on amateur junior players, upon turning 18, to sign a professional contract with the same Parent Club at which the player had been training prior to turning 18 is controversial. Whilst beneficial to the clubs, it appears to conflict with the doctrine of ‘freedom of contract’.

The imposition of the above conditions was previously justified by sports specificity in the UAE football market. Football clubs in the lower division had raised concerns that high-performing junior UAE players developed at a Parent Club would not stay with those clubs once they reached the age of eligibility to sign their first professional contract. This meant that such players could benefit, at the Parent Club’s expense, from its investment training programmes and facilities and then immediately upon reaching the age of 18 leave to join one of the higher ranking/powerful clubs.

This situation created an imbalance amongst UAE football clubs – rather than being able to sell the economic and federative rights to a player to a third party club for a financial benefit, a Parent Club would receive only a sum equal to training compensation (a ‘one-off’ compensation payment to a Parent Club that developed a player from the age of 12 but did not ultimately sign a professional contract with the player on turning 18). In all cases, the level of such training compensation was significantly lower than a corresponding rights-based transfer fee. This situation was deemed unfair and thus Article 13 of the RTSP was viewed as a legitimate means to create certain balance by protecting the investment of Parent Clubs while still encouraging players to seek to develop at different clubs in the country.

However, because of the strict conditions of Article 13, it became common practice for some of the UAE national payers to refuse to sign their first obligatory professional contract and to try to circumvent this obligation. This situation has created tension between different clubs and players within the UAE and creates the potential for disputes.

The provisions of Article 13 of the RSTP raise questions as to its general compatibility with the UAE Constitution, Civil Code and Employment laws and the FIFA RSTP, primarily in relation to compliance with the doctrine of freedom of contract and the freedom of movement of players.

In its circular to the UAEFA evaluating the UAEFA RSTP, FIFA recommended that, unless UAE Law generally contained a provision similar to the restrictions under Article 13 of the RSTP, Article 13 should be repealed as it violates one of the most valuable principles in the football world; the freedom to contract.

Despite the recommendations made by FIFA, and the absence of any parallel laws in the UAE allowing restrictions on contracting with Emirati football players turning 18 years old, the UAEFA has maintained its position, justifying the imposition of this restriction under sports specificity in the football market.

Moreover, Article 13 only applies to Emirati players and clubs affiliated with the UAEFA. This means that in the event of a dispute arising between a player and one or more clubs in connection with Article 13, FIFA has no jurisdiction – the dispute is ultimately deemed to be between members of the UAEFA.

FIFA’s lack of jurisdiction regarding the enforcement of Article 13 at a national level may be explained by the absence of an international dimension and that such provisions are applicable only to Emirati players in accordance with the regulations imposed by the UAEFA. On that basis, the competent judicial body to address any issue arising from Article 13 is the UAEFA Players’ Status Committee (which initially applies the regulations at the national level rather than FIFA regulations).

The Cabinet Resolution and its Impact on the UAE Football Market

Moving onto the second area of controversy: in June 2018, United Arab Emirates Cabinet Resolution No. 27 (‘Resolution’) was issued following the Instruction of His Highness Sheikh Khalifa Bin Zayed Al Nahyan, President of the UAE. The Resolution allows certain ‘non-UAE nationals’, mainly including:

One of the reasons behind the Resolution was to expand the base for selection, feeding competitive sports in the UAE. Increasing the level of competition and play is, in the long term, expected to increase standards at the national level as well.

Prior to the Resolution, only UAE nationals were able to lawfully compete in competitive domestic sports. There has now been a restructuring of UAE national sports’ federations to accommodate new categories of non-UAE nationals eligible to compete.

Specifically, in relation to football, these non-UAE nationals no longer fall under the ‘quota’ for foreign players, which restricts the permissible number of foreign players in any professional football club to a maximum of four in the professional league and two in the first division. As a result, they can enter into professional contracts and enjoy the same privileges and protections as Emirati players. In addition, they also benefit from FIFA’s jurisdiction and the enforcement of FIFA’s regulations (mainly with respect to the freedom of contract and freedom of movement), because their non-UAE citizenship provides the requisite international dimension for FIFA to assume jurisdiction over disputes involving such players. This means that the general doctrine of freedom of contract should prevail to the extent permissible for non-UAE national players.

The interaction between the Resolution and Article 13 appears to raise issues of potential discrimination against UAE football players.

Article [20.1] of the Resolution allows certain non-UAE nationals to compete and play in official domestic competitions and to enjoy the privilege of being considered as local players. Therefore, an UAE football club that develops a non-UAE national junior player cannot oblige that the junior non-UAE player to enter into a first professional contract with the club under Article 13 (in contrast with Emirati players discussed in the section above).

Before the issuance of the Resolution, the restrictions under Article 13 on Emirati players may have been disproportionate, but were somewhat understandable based on market requirements, sustainability and sports specificity. However, the Resolution has perhaps now cast it in a different light as it may appear to result in potential discrimination against Emirati players.

The rationale behind the obligations and restrictions stipulated in Article 13 could be construed as protecting the overall interests of football development in the UAE, by granting powers to protect the interests of clubs (particularly feeder clubs skilled at player scouting and development). However, such measures should still be proportional and non-discriminatory and should not prohibit players’ fundamental rights.

In the authors view, issuance of the Resolution may have unintentionally raised concerns as to the proportionality of Article 13 and could open the door to challenges as to the legality of this Resolution. Therefore, regulatory reform may be required to be considered, including considering reducing the maximum term permitted for the first professional contract, imposing Article 13 across all categories of junior amateur players or waiving Article 13 in its entirety.