The UAE Insurance Authority is now a Dispute Resolution Body 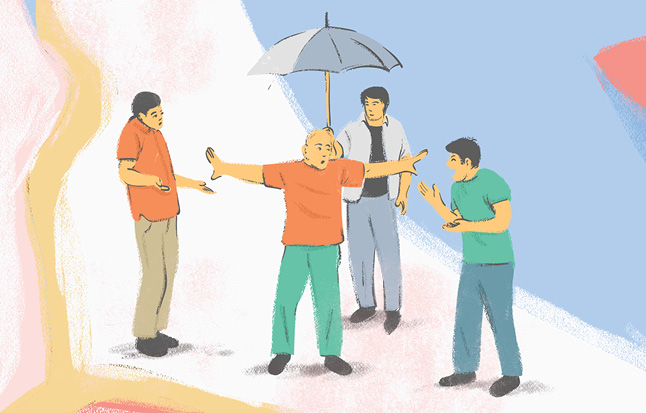 On 1 May 2018, the Federal Law No. (3) of 2018 amending certain provisions of Federal Law No. (6) of 2007 on the Establishment of Insurance Authority & Organization of Its Operations (the ‘Amending Law’) came into force and introduced numerous amendments that directly affect the insurance sector in the UAE. Amongst those amendments are the set of procedures to be followed in processing insurance claims and resolving disputes between insurers and insureds or beneficiaries. At this juncture, the Amending Law sets out the process by which insurance claims should be dealt with internally by insurers as well as the process for insureds and/or beneficiaries who wish to challenge the insurers’ decisions before the Insurance Authority (‘IA’).

Notably, the Amending Law stipulates that insurance related disputes will not be heard by local courts unless such disputes have first been considered by the Dispute Resolution Committees (the ‘DR Committee(s)’) to be set up by the IA pursuant to a resolution issued by the IA Board of Directors. According to the Amending Law, the aforementioned IA resolution would set out amongst others, how the DR Committee(s) will be formed together with details regarding their jurisdiction, powers as well as the procedures to be followed in the dispute resolution process. The IA resolution will also identify the types and branches of insurance which may be resolved before the DR Committee(s).

On 15 July 2019, the IA issued Board Resolution No. (33) of 2019 Concerning the Regulation of the Committees Responsible for the Settlement and Resolution of Insurance Disputes (the ‘IA Resolution’). The IA Resolution will come into force three months after the date of its publication in the Official Gazette (the IA Resolution was published in issue no. 659 on 31, July of 2019).

Formation of the DR Committees and their Jurisdiction

According to the IA Resolution, each DR Committee will consist of a chairman and two or more members IA employees. Additionally, each DR Committee will have a substitute chairman and members which assumingly would be engaged in the absence of the main members. The IA Resolution further provides that the IA may assign the chair position in the DR Committees to a judge to be delegated in consultation with the relevant authority.

Article (5) of the IA Resolution also sets out the types of actions and disputes that are beyond the jurisdiction of the DR Committee(s), namely:

Upon the occurrence of an insurance dispute, a written complaint must be submitted to the IA via its electronic system by the insured, the beneficiary or the affected person and the complainant must attach all relevant information and details along with supporting documents.

The DR Committee(s) have been granted extensive powers and authorities similar to those granted to local courts by virtue of the UAE Civil Procedures Law No. (11) of 1992 and its amendment (‘Civil Procedures Law’)and the Law of Evidence in Civil and Commercial Transactions No. (19) of 1992. For instance, DR Committee(s) are entitled to hear witnesses, appoint experts and award costs. Not only that, Article (14) of the IA Resolution permits the complainant to join parties to the dispute and permits the insurance company (‘Respondent’) to join other corporate defendant(s) to the dispute if it has legal recourse against the said defendant(s) (this provision is almost identical to Article 94 of the Civil Procedures Law). This arguably indicates that insurers may be able to join re-insurers to the complaint or, if applicable, the corporate person that caused the loss.

Pursuant to Article 16(3) of the IA Resolution, decisions issued by DR Committee(s) may be challenged by the concerned party before the competent court of first instance within a period of 30 days which starts to run from the following day on which the party was notified of the DR Committee(s) decision. If the decision is not challenged within the aforementioned time-frame, the decision will be considered final and enforceable. The IA Resolution provides that DR Committee(s)’ decisions are considered execution deeds in accordance with the applicable laws. This means that once the decisions issued by the DR Committee(s) becomes final and conclusive (upon lapse of the challenge period), such decisions may be enforced through the competent execution department in the country.

It is worth noting that both the Amending Law and the IA Resolution are silent on the issue of whether the ruling of the relevant court of first instance would be considered final or would be subjected to further stages of challenge before the courts of appeal and cassation.

Furthermore, given the technical expertise and background of the members of the DR Committee(s), it is unclear how strict legal challenges that may be raised by the disputing parties will be tackled, such as time prescription or if the DR Committee(s) will even entertain such legal challenges. Also, given that the issue of insurance claims’ time prescription is not addressed under the Amending Law and the IA Resolution, it remains unclear whether the filing of the complaint before the IA Committee would interrupt the running of the applicable time prescription period.

The introduction of the Amending Law and the IA Resolution represent a significant shift in the resolution of insurance disputes in the UAE. Although the new dispute resolution mechanism may seem to have added an additional layer to the insurance dispute resolution proceedings, nevertheless, given the technical experience of the DR Committee(s)’ members, it is expected that the technical findings of the DR Committee(s) will have considerable value in the dispute and before the relevant local courts.
More clarity regarding the practical application and impact of the IA Resolution will come to light in the near future after the IA Resolution comes into force and the new system is fully operational and tested.