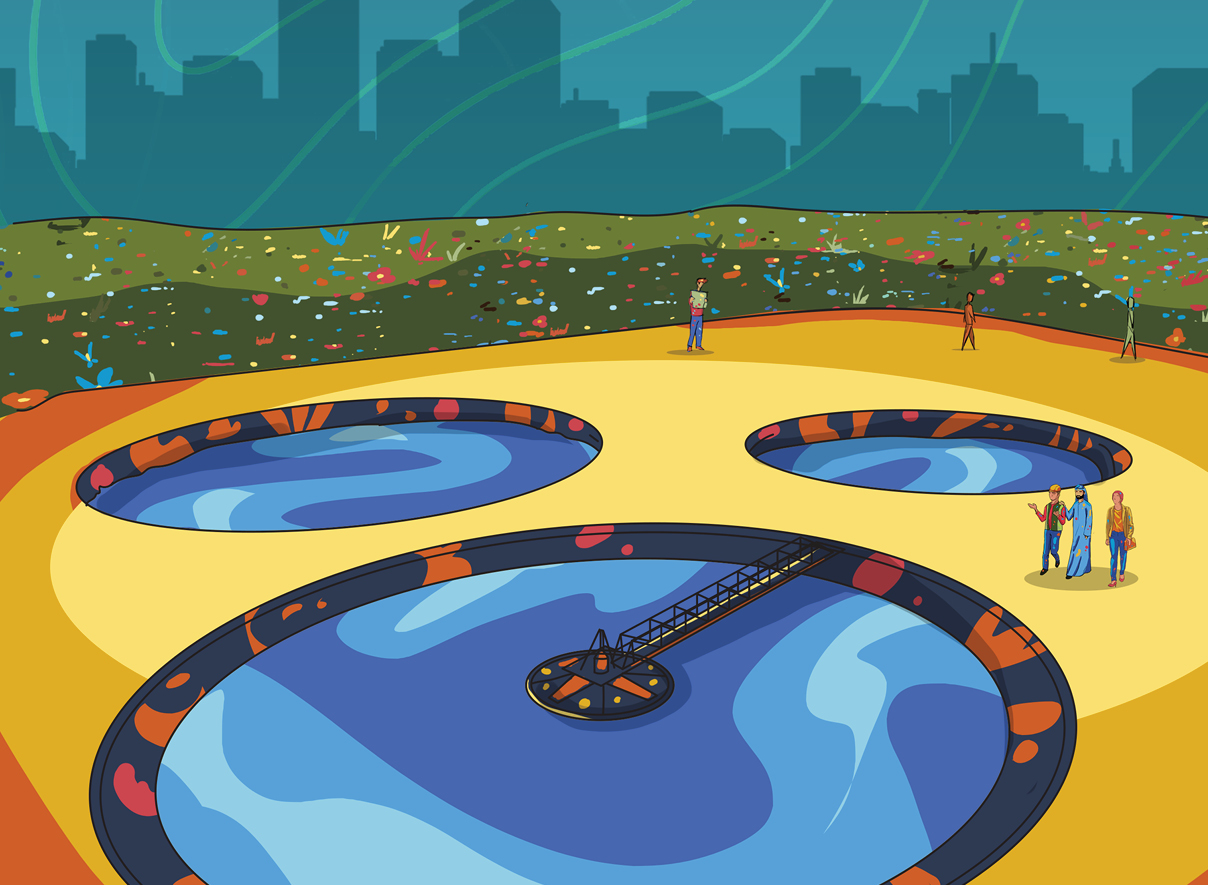 In May of 2015, the Kuwait Authority for Partnership Projects (‘KAPP’) launched a tender for the Um Al-Hayman Wastewater Treatment Plant project (the ‘UAH Project’), and in November of 2018, KAPP announced that the winning bidder of that tender was a consortium comprised of WTE Wassertechnik GmbH Group and International Financial Advisors (the ‘Investors’). The UAH Project is a US$1.6 billion project that consists of the construction, operation, maintenance and management of a new wastewater treatment plant within the parameters of the existing Um Al-Hayman plant in southern Kuwait, which will initially treat an estimated 500,000 cubic metres of average daily flow. It was tendered by KAPP, the authority tasked with the responsibility of initiating and overseeing Kuwait’s ambitious public-private partnership projects (‘PPP’) programme, pursuant to Kuwait Law No. 116 of 2014 and its executive regulations, Decree No. 78 of 2015 (the ‘PPP Law’). The UAH Project is the second PPP to be awarded by KAPP since the enactment of the PPP Law. Since the announcement of the winner, the Investors, with assistance from KAPP, have been in the process of working towards financial close, after which, construction will begin in earnest. Under the PPP Law, there are a number of events that must occur in order to reach financial close.

In accordance with the PPA Law, the winning bidder, the Investors, KAPP and the public authority participating in the UAH Project, the Kuwait Ministry of Public Works (‘MPW’), initially signed a letter agreement (the ‘Letter Agreement’) which provides the road map that the parties shall follow from the date of the announcement until financial close. Attached to the Letter Agreement were a variety of project agreements which the parties agreed to in principle (but will not be formally signed or become legally effective until financial close is achieved) and which will eventually govern the implementation of the UAE Project. The suite of project agreements includes:

Subsequent to the signing of the Letter Agreement, the Investors then began establishing the corporate and financial structure under which the UAH Project will be implemented.

One of the most important changes that the PPP Law made to the PPP regime in Kuwait was the expansion on the assets and rights that can be legally pledged in favour of lenders in order to secure financing for projects. Prior to the PPP Law, Kuwait law was seen by many international lenders as too restrictive and unreliable because it prohibited the mortgage of land as well as the buildings and arguably even the equipment situated on the land. Lenders were effectively prevented from being able to take effective security over the material assets of the project, which diminished lenders’ willingness to provide the necessary financing for carrying out projects. Due to the nature of limited recourse financing, lenders need to ensure that any and all security available to them is properly registered and perfected. The PPP Law has relaxed such restrictions and prohibitions and clarified what may be pledged as security. The PPP Law codifies some of the financing techniques that will be applied in the UAH Project such as assignments of proceeds, pledges against shares in both the Project Company and the Consortium Company, and mortgages over the assets comprising the UAH Project (other than the land on which the project will be conducted). The PPP Law also provides more clarity than previously existed on the procedures to be undertaken in the event the project needs to be transferred to new investors, and such procedures are contractually reflected in the Step-In Agreement that will be entered into between MPW, the Project Company and a security agent on behalf of lenders. These changes that the PPP Law has implemented have created a legal environment that makes PPP in Kuwait more bankable and attractive to international lenders and they have proven to be instrumental in helping get the UAH Project this close to financial close.

Once the Project Company is established (which is expected to occur by the end of January 2020) and the last remaining conditions precedent to financial close (which will consist primarily of the obtainment of regulatory approvals, permits and licenses for the Project Company and its subcontractors), construction of the wastewater plant will begin in earnest. When that happens, the UAH Project will be the second PPP to reach financial close since the inception of the PPP Law (the first being Phase One of the Az-Zour North Independent Water and Power Project). Although it is not the first PPP to reach financial close under KAPP’s stewardship, it still marks an important milestone for KAPP, its PPP programme and for the development and international standing of Kuwait as a whole. The UAH Programme signals to international lenders and companies that engage in PPP that Kuwait is taking its PPP programme and its infrastructural development seriously and that it has a legal and political environment in which PPP are bankable and feasible. As a result, there are a number of other PPP in KAPP’s pipeline that appear to have a high likelihood of eventually coming to fruition, in sectors such as transportation, real estate development, power production and solid waste management.