Family disputes in the common law courts of the GCC 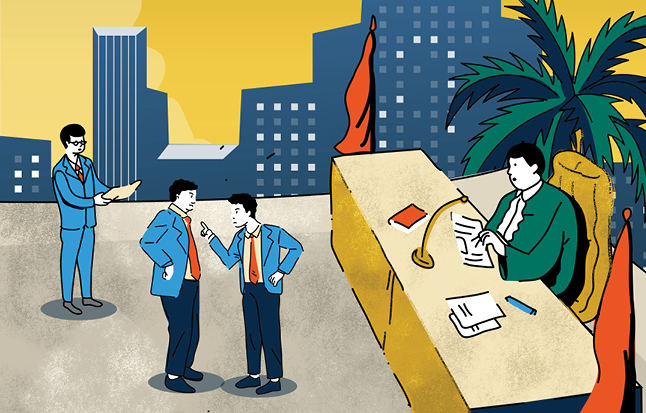 Family businesses fall into dispute for a large number of reasons, from quarrels over succession, the assignment of management or control rights, to arguments around the generation, preservation and distribution of assets and income, and personal animosities and competition.

When disputes arise, it is in the family business’ best interests to have a pre-selected form of dispute resolution. For many family businesses, several viable options are offered by the GCC’s three common law courts: the Courts of the Dubai International Financial Centre (‘DIFC’), the Abu Dhabi Global Market (‘ADGM’) and the Qatar Financial Centre (‘QFC’; also known as the Qatar International Court and Dispute Resolution Centre).

Features of the common law courts beneficial to family businesses

There are a large number of general features common to all of the GCC’s common law courts which may be beneficial to family businesses entering disputes. These include:

It is important to bear in mind that family business disputes can only be captured by a formal process if that process has jurisdiction to deal with the dispute in question. The DIFC, ADGM and QFC Courts have similar jurisdictional gateways which, in overview, are as follows.

The question of jurisdiction is not only one for formal litigation processes, but may also affect: (a) whether parties can access formal court-annexed mediation or other alternative dispute resolution processes; and (b) whether and how a court may provide support for any arbitrational processes. Families are therefore advised to consider, with their trusted advisors, whether to opt into the jurisdiction of one of the common law courts, preferably by way of an express term to that effect on the family business’ foundational or constitutional documents (such as its corporate memorandum and articles of association).

For example, the QFC Court Regulations expressly mandate ADR in a rule that comes at the start of the applicable court rules: ‘the Court will encourage the parties, whenever it is appropriate to do so, to resolve their disputes by resorting to arbitration or mediation or any other method of alternative dispute resolution’ (Article 5). Part 27 of the Rules of the DIFC Courts expressly notes the benefits of settling disputes by means of ADR, which:

The common law courts can facilitate family mediation in one of two ways. The first follows from the courts’ own rules: once litigation has started, the courts may switch the litigation onto an ADR track at any point. In the DIFC Courts, for instance, parties may apply, at any stage in the proceedings, for directions for ADR. The judge may adjourn a case for a specified period of time for ADR, including extending the time for compliance by any party of any order of the Court, and the judge may even order the parties to engage in ADR (including orders as to costs).

Second, before litigation has commenced, the disputing parties can agree to host a mediation process or other form of ADR such as conciliation or expert determination in the court facilities, which are usually of very high quality (including main meeting rooms and individual party rooms for break-out sessions). Holding ADR in the courts has a number of benefits: it is a neutral ground, away from the public forums of a hotel or conference centre, and competitively priced.

By way of an example of the common law courts’ ADR capabilities – in the ADGM Courts, parties may voluntarily refer their dispute to the Court-annexed mediation service prior to or after the commencement of proceedings, as well as by an order of the Court. The Court Registry will appoint a mediator within seven days of any referral; he or she is obliged by the relevant practice direction to facilitate discussions between parties, assist them in identifying underlying issues, clarify priorities and explore areas of compromise and generate options in an attempt to resolve the dispute. Further rules govern the Court’s assistance in the mediation, and the processes of hearings, settlement and costs.

Mediation is usually a voluntary process that does not require findings of fact by an umpire. An escalation in family business dispute resolution may take the parties to arbitration, if they agree. The benefits of arbitration are well known. They include flexibility over the pace of the process, a choice of arbitrator (allowing the choice of a technical subject matter expert rather than a law), a high degree of privacy, and the rendering of a binding award that is highly portable through the New York Convention, allowing enforcement in jurisdictions around the world where the award debtor has assets. All of these aspects may be beneficial to family businesses in dispute. The common law courts provide additional advantages. Firstly, the common law courts may also act as the legal or curial seat of an arbitration. The common law courts have a range of tools which can be deployed in support of arbitral proceedings, some of which the non-common law courts of the UAE and Qatar lack. These include remedies such as injunctive relief and substantial orders as to costs. Second, arbitrations can take place under either institutional or ad hoc rules, and the common law courts have experience of all forms of arbitration. Each of the common law jurisdictions has its own arbitral centres and rules (such as the LCIA in the DIFC) but parties are generally free to choose any rules they so wish, and that choice will be respected by the common law courts provided they accord with principles of natural justice.

In the context of almost every family business dispute, litigation remains the ‘nuclear option’. The compulsory nature of litigation may force a recalcitrant, unwilling or uncooperative family member to engage with the process, given the ultimate sanctions of costs orders, damning judgments and orders available to the public, and contempt of court applications that may lead to fines or even imprisonment. Litigation does not require the cooperation of the defendant or their good faith in proceedings. The process provides procedural certainty and fixed rules of evidence without any selection process for the judge (unlike arbitration and mediation). There is much less scope for challenging jurisdiction. However, litigation can be: inflexible; unnecessarily adversarial in a way that drives family members further apart without accounting for the non-legal side of the dispute, such as emotional relations between the parties; very costly (although unlike in the civil law courts, the common law courts allow the recovery of the bulk of a winning party’s incurred legal costs); and there is a greater right to appeal.

Lots of options are available to families in commercial disputes who wish to access the common law courts of the GCC. Family businesses and their professional advisors should consider accessing the DIFC, ADGM and QFC dispute resolution offerings now, before any disputes arise, so that exclusive jurisdictions can be selected and stepped, incremental dispute resolution clauses drafted and agreed. It is far easier to plan how to deal with potential disputes in advance, rather than deciding how to do so once a dispute has crystallised, when each party will use the choice of dispute resolution to its advantage and no agreement on process is guaranteed.