The DIFC-LCIA: 10 years old and looking to the future 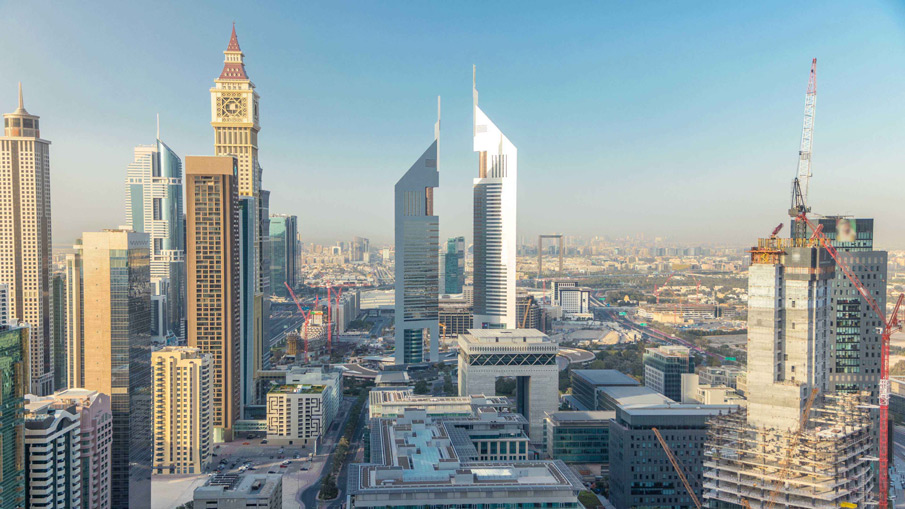 Since its commencement in 2008, the DIFC-LCIA Arbitration Centre (‘DIFC-LCIA’) has set itself up to be a leading arbitral institution in the GCC, and the Middle East more generally. The DIFC-LCIA’s celebration of its first decade, as well as its third year since it was relaunched in November 2015, provides an opportune moment to reflect on its journey so far, showcase the remarkable increase in its caseload during the last three years, and highlight why the next decade of the DIFC-LCIA promises even more.

2004 marked the establishment of the first financial free zone in the UAE – the Dubai International Financial Centre (‘DIFC’). The DIFC was created to facilitate Dubai’s long-standing effort to establish itself as a global financial capital. The DIFC has an autonomous legal and judicial system that is largely modelled on English commercial law but which also incorporates best practice and local requirements. The DIFC also benefits from a modern arbitration law. Based on the UNCITRAL Model Law and overseen by the DIFC Court’s diverse common law judiciary, it is a credible alternative to the more established centres of London, Paris and Singapore. Since it was introduced both the Abu Dhabi Global Market (‘ADGM’) and the rest of the UAE have introduced similar arbitration laws. Since its inception in 2008 the DIFC-LCIA has secured the DIFC’s standing as an international arbitration hub.

The DIFC-LCIA administers arbitration as well as mediations, and in doing so seeks to provide parties doing business throughout the Gulf and MENA region with an effective, efficient and flexible dispute resolution system. The DIFC-LCIA is essentially a joint venture between the DIFC and one of the oldest international institutions for commercial dispute resolution in the world – the London Court of International Arbitration (‘LCIA’). It does however remain an independent entity, with its own registrar, arbitration rules and mediation rules. The LCIA Court plays a role in supervising certain aspects such as the appointment of the tribunal, challenges to arbitrators, and controlling costs. The LCIA Court also has the right to directly administer any arbitration if it deems it appropriate to do so.

Relaunch and the 2016 Rules

In order to overcome a technical hurdle faced by the DIFC-LCIA concerning its jurisdictional reach, legislation was passed to amend and restructure the DIFC-LCIA. Following the restructuring, the DIFC-LCIA relaunched in 2015 and then introduced revised rules in 2016.

The 2016 DIFC-LCIA rules are practically identical to the 2014 LCIA rules. The 2016 DIFC-LCIA rules introduced reduced time periods, the availability of online filing, provisions for the appointment of an emergency arbitrator, additional powers of the tribunal to consolidate arbitral proceedings and streamlined case management amongst various other changes. Many of these provisions were unprecedented in Middle Eastern arbitral rules.

Along with the relaunch and the new rules, the DIFC-LCIA witnessed the arrival of its new registrar, Mr. Robert Stephen, who has continued efforts to raise the profile of the institution. The DIFC-LCIA has put on a number of seminars, such as ‘Introduction to Mediation in MENA’ in conjunction with the DIFC Academy of Law. Another successful event, which saw the participation of over 200 practitioners, was a symposium during Dubai Arbitration Week in 2017. The 2018 event which recently took place on 13 November 2018 was equally well received.

The Use of the DIFC-LCIA so Far

After the relaunch the caseload of the DIFC-LCIA began to increase and become more diversified, incorporating a variety of business sectors such as leisure, maritime, construction, telecommunications, finance/banking and media. The DIFC-LCIA does not publish official statistics, but it has provided the following information based on the work undertaken by it so far:

The 2018 figure above reflects the number of registered cases as of 12 November 2018.

The enforcement of arbitral awards is a crucial last step that follows arbitration proceedings. So far, there have not been any reports of a DIFC-LCIA award being refused enforcement. DIFC-LCIA awards have been enforced in the UAE, two examples being Macsteel International FZE v. Airmec Dubai LLC and Property Concepts FZE v. Lootah Network Real Estate & Commercial Brokerage, both London seated DIFC-LCIA awards recognised by the Dubai Courts.

We understand that the DIFC-LCIA is considering creating state-of-the-art hearing facilities for use by parties. This would be welcomed, as currently there are no such dedicated facilities in the UAE.

The 2016 update to the DIFC-LCIA rules brings them into line with the 2014 LCIA rules and underscores the DIFC-LCIA’s key selling point of being the only institution positioned to offer the LCIA experience in the Middle East. The DIFC-LCIA is thereby able to combine international best practices with a unique understanding of regional legal and business cultures.

The DIFC-LCIA has clearly made its mark on the arbitration landscape of the Middle East and firmly established a solid foundation for the development and accomplishment of its goal of being a leading international arbitral institution.