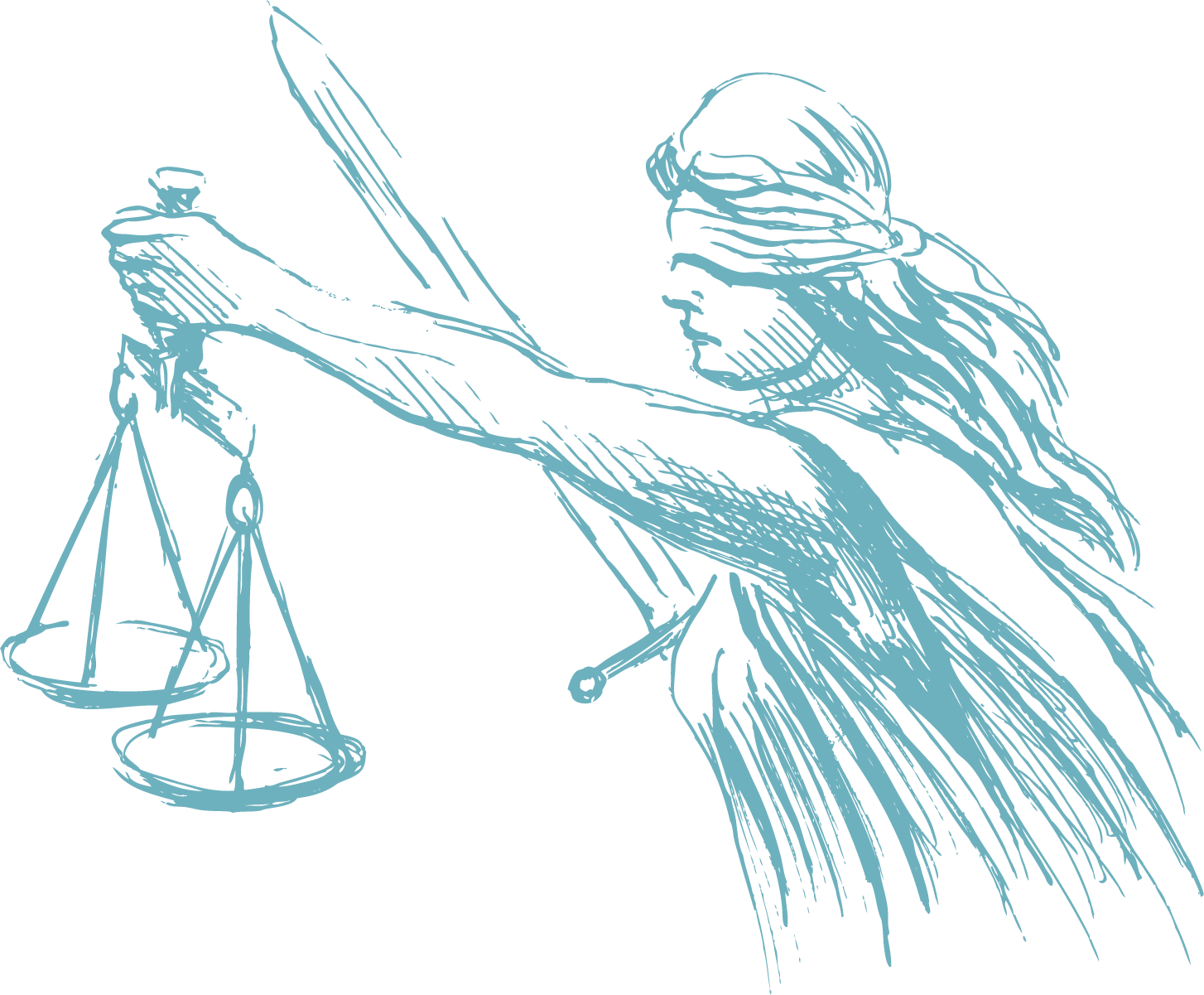 That is, the Court has jurisdiction to order the joinder of a party to proceedings in circumstances where the claim against that party does not otherwise fall within the parameters of Article 5 of the Judicial Authority Law (Law No 12 of 2004, as amended) (‘JAL’). Article 5 of the JAL sets out those circumstances in which the DIFC Court of First Instance will have exclusive jurisdiction to hear and determine a matter.

The Court held that it had such jurisdiction because, inter alia, Rule 20.7 of the Rules of the DIFC Courts (‘RDC’), which permits the Court to order that a person be added as a new party to a proceeding, is a DIFC Regulation for the purposes of the JAL and the regulation confers jurisdiction upon the Court which it can exercise as a matter of discretion if the criteria in the RDC are met.

The Court stated that RDC 20.7 “merely provides a logical extension to the provisions of the gateways in enabling the court to assume jurisdiction over parties who are intimately concerned and connected with the parties and disputes which fall within the jurisdictional requirements of Article 5(A)(1) of the JAL.”

This was an appeal from a decision of Justice Giles dated 12 February 2018 in which his Honour held that the Court had no jurisdiction under RDC 20.7(2) to order the joinder of the Second Defendant, Mr Al Fadl, by the Claimants, where the claim against that defendant did not otherwise fall within the parameters of Article 5(A)(1)(a)-(d) of the JAL and that Article 5(A)(1)(e) of that law “was not brought into play by reason of the terms of that Rule of Court, whether or not it was to be seen as a “DIFC Regulation” for the purposes of that subsection of the Article.”

Lebanese Canadian Bank SAL (‘LCB’) (in liquidation) was a banking business based in Beirut. The Claimants acquired minority shareholdings in LCB during 2006 – 2007. The First Defendant, Deloitte & Touche (ME) (‘DTME’), is an accounting firm operating through branches in a number of countries in the Middle East including Dubai and is a registered auditor in the DIFC. Its location within the DIFC gave rise to jurisdiction against it under Article 5(A)(1)(a) of the JAL. Mr El Fadl was a partner in DTME and also the Managing Partner of Deloitte & Touche (‘DTL’) a company registered in Lebanon.

The claims in the proceedings were for alleged breaches of duties as auditor in relation to the audits of the financial statements of LCB for the financial years ending 31 December 2006, 2007, 2008 and 2009. The audits were performed by DTL pursuant to letters of engagement with LCB, for which it was alleged that DTME were responsible. Mr Fadl was the senior individual responsible for the audit.

It was alleged that audit opinions given by DTME were dishonestly given for the years 2007 – 2010 with a view to supporting the Board of Directors, the majority shareholders and the Management of LCB when faced with the Claimants’ demands for proper governance and controls to eliminate Anti-Money Laundering/Counter-Terrorism Funding risks and other risks relating to unsecured loans to a subsidiary of LCB and related party transactions. It was said on behalf of the Claimants that properly undertaken audits would have revealed the mismanagement which took place in the relevant years but, instead, DTME gave “partisan audit opinions” which acquitted LCB’s management of any wrongdoing.

It was further alleged that Mr El Fadl was responsible for the audits of LCB, which were conducted by DTME, through DTL and that at all material times Mr El Fadl acted as the agent of DTME. The Claimants alleged that Mr El Fadl (and DTME) knew that LCB’s management would rely on its audits to defeat the Claimants’ allegations of mismanagement and they “wrongly verified LCB’s AML/CTF compliance with Lebanese Law 318, failed to consolidate Tabadul’s accounts (which DTME audited) with those of LCB and failed to identify Tabadul’s unlawful trading and the true extent of its debt.”

In his judgment of 12 February 2018, Justice Giles described the Claimant’s position: “the Claimant said that there was an issue involving the new party, Mr Fadl, which was connected to the matters in dispute in the proceedings, being the claims against DTME: and that the desirability lay in having all claims determined together, and in avoiding what they alleged were, for them, impediments to a just resolution in the Lebanese Courts.”

The Judge considered how RDC 20.7(2) could assist the Claimants when seeking to add Mr El Fadl as a party in circumstances where the claim against him could not otherwise constitute a claim falling within one of the jurisdictional gateways. Justice Giles did not accept that the wording of RDC 20.7(2) could give rise to a freestanding “gateway of jurisdiction” because he viewed the Rules of Court as procedural only and as not providing for jurisdiction above and beyond the JAL. Referring to the definition in Article 2 of the JAL which states that the Rules are “rules regulating litigation procedure before the Courts” and the provision in Article 4(II)(b) of the JAL that the Chief Justice has power to “approve and issue the Rules of Court and the DIFC Regulations falling within the Courts’ jurisdiction”, the Judge concluded that the Rules operated within the jurisdictional limits in the JAL and that RDC 20.7(2) could not, of its own force, enlarge the court’s jurisdiction beyond that set out in Article 5 (A)(1) of the JAL.

Article 5(A)(1)(e) of the JAL provides that the Court shall have exclusive jurisdiction to hear and determine “any claim or action over which the Courts have jurisdiction in accordance with DIFC Laws and DIFC Regulations”. In this context, the Judge went on to consider whether or not the RDC constitute DIFC Regulations for this purpose. In his Honour’s view, when subparagraph (e) referred to jurisdiction “in accordance with DIFC Laws and DIFC Regulations” there must be found a clear conferral of jurisdiction by the relevant Law or Regulation and that RDC 20.7 could not be seen as having that effect. Accordingly, he concluded that the Rule did not enable the joinder of a party where the issue involving that party and an existing party was a claim which the court did not otherwise have jurisdiction to hear and determine under one of the other gateways or under some other statutory or regulatory provision falling within subparagraph Article 5 (A)(1)(e) of the JAL.

The Court of Appeal considered that the principal issues for determination were: (i) whether RDC 20.7 is a ‘DIFC Regulation’; and (ii) if so, whether it confers jurisdiction on the Court for the purpose of Article 5 (A)(1)(e) of the JAL. Taking each issue in turn:

First, in all the circumstances and having regard to the proper interpretation of the relevant rules and legislation, the Court held that the RDC do constitute DIFC Regulations. The Court’s analysis by which it reached this conclusion is set out at paragraph 40 of the judgment.

Second, as to RDC 20.7 which provides that “the court may order a person to be added as a party”, the Court considered whether this gave it a power to assume jurisdiction over a party where the criteria in the Rule is met, notwithstanding the Article 5(A)(1)(a)-(d) jurisdictional gateways. The Court found that whilst the Rule does not expressly confer jurisdiction, “it clearly sets out a criterion for the joinder of a party, in the same way as RDC 21 does in respect of the joinder of additional parties to counterclaims or for the purposes of seeking indemnity or contribution.”

The central issue for the Court, as a matter of interpretation was put thus:

“if RDC 20 does not confer jurisdiction, their contribution to the administration of justice is very limited indeed, providing only that a claimant who had begun an action against one defendant alone could later apply to join in that action a person that he could, as of right, have included when issuing the claim form, had he thought of it; or, put another way, the Rule would enable him to apply to have two defendants in one action instead of having to pursue them in separate actions, where there was a sufficiently common link between the two.”

The Court concluded that the:

“indisputable fact is that the wording of RDC 20.7 is wide enough to confer jurisdiction upon the court by giving it the power to make the order in question if the criteria are satisfied. The words give the Court the discretionary power to allow joinder in the circumstances outlined. Whilst not expressly conferring jurisdiction, by using that terminology, the Rule makes no reference to a requirement that any of the Article 5 (A) (I) (a)-(d) gateways should apply and for the reasons given above, were it not to confer such jurisdiction, the Rule would be robbed of most of its force.”

The Court of Appeal decision provides welcomed clarity on the jurisdiction of the Court to join a third party to a proceeding in circumstances where it would not have jurisdiction in respect of a standalone claim against that party.

As stated by the Court, “[t]here is self-evidently merit in a court having something in the nature of a “necessary or proper party” rule so that matters in dispute can be decided between all the relevant parties, without the risk of inconsistent decisions by different courts at different times with all the inherent additional cost and inconvenience involved.”