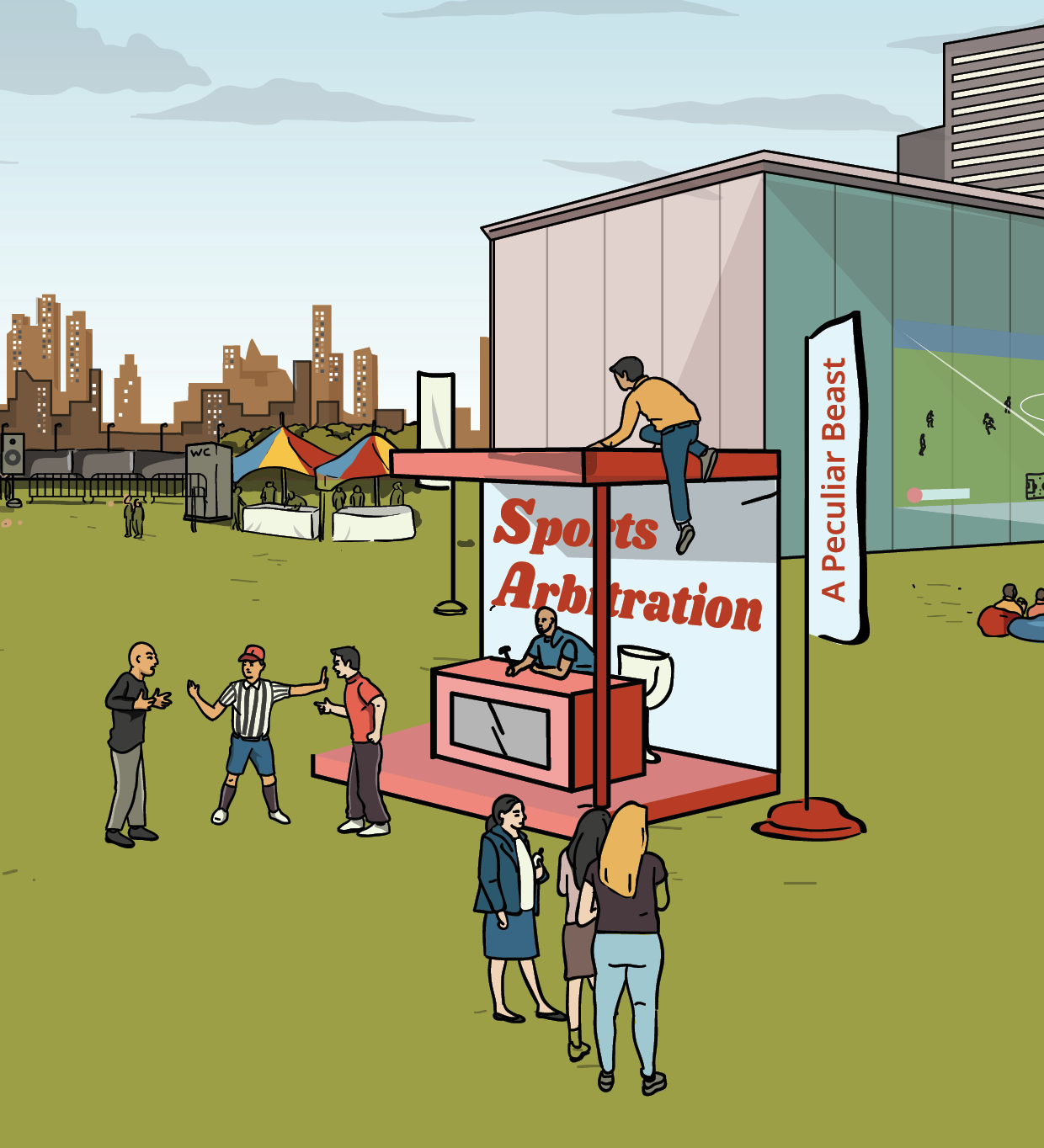 N.B. A version of this article was originally published on LawInSport, the leading online international sports law publication.

Ever-increasing public and private sector investment into the Middle Eastern sports market, through high-profile sponsorship deals, investment in sporting properties and successful bids for major events, continues to transform the region into a major player in the global sports industry. Having a legal infrastructure that underpins such initiatives, particularly in relation to the resolution of disputes, is crucial to safeguard their long-term sustainability.

In broad terms, sports disputes tend to fall into two categories: commercial disputes; and disputes of a disciplinary nature. The former covers disputes relating to the execution of commercial contracts, such as those relating to player transfers, broadcasting rights, sponsorship rights or the staging of sporting events. The latter covers alleged breaches of a particular governing body’s regulations designed to protect, amongst other things, the integrity of its sport, such as doping and match fixing.

In the UAE, as well as in many other GCC countries and in line with international practice, sports disputes are routinely referred to arbitration.

The relevant contract and/or governing body’s regulations will generally determine the appropriate forum for disputes to be resolved. Ordinarily, first instance disciplinary decisions are handed down by a non-arbitral dispute resolution chamber of the relevant governing body, usually with a right to appeal such decisions to an arbitral body either internally (i.e., an arbitral body set up by the governing body), nationally (e.g., a national sports arbitration centre) or internationally (e.g., the Court of Arbitration for Sport).

The Arbitration Committee of the UAE Football Association (‘UAEFA’) is a typical example of how certain UAE sports federations have established arbitral bodies to resolve certain disputes between stakeholders in their sports.

In accordance with FIFA’s Statutes, the UAEFA Statutes contain a general prohibition on stakeholders (UAEFA members, players, officials, agents etc.) taking their disputes to local courts, unless specifically provided for in the UAEFA Statues or FIFA Regulations. Instead, domestic disputes should be referred to the UAEFA, and international disputes referred to the Asian Football Confederation (‘AFC’) or FIFA.

Given the special nature of sports dispute resolution and the requirement in certain sporting contexts to abide by specific international sports procedures, UAE legislators are mindful of the potential benefits of having a dedicated forum to resolve disputes in the sports sector. In 2013, the UAE Minister of Youth, Culture and Community Development formed a committee to draft the articles of association for a new UAE sports arbitration centre, prompted by a decision of the UAE National Olympic Committee that, inter alia, approved the formation of such an entity. A draft law creating a National Sports Arbitration Centre (‘NSAC’) has since been produced, which envisages the NSAC having jurisdiction to hear appeals challenging the decisions of UAE sports federations.

The draft law is yet to be promulgated and some UAE sports federations have made alternative interim arrangements either by expressly including a right of appeal to the CAS within their regulations or establishing their own internal arbitral body. The establishment of the NSAC remains a very attractive prospect and would help cement the UAE’s status as a progressive sports market, following in the footsteps of the recently opened Saudi Sport Arbitration Centre (‘SSAC’).

The SSAC opened in 2016 and has its headquarters in Riyadh. It is an independent body established in accordance with the Olympic Charter, the CAS Rules and Regulations and the Saudi Law of Arbitration. It has exclusive jurisdiction to resolve sports-related disputes in the Kingdom of Saudi Arabia (‘KSA’). Arbitration awards issued by the SSAC are final and not subject to appeal (unless otherwise stated in the Statutes of the SSAC or the relevant international federation). The applicable KSA arbitration law will determine what challenges, if any, an SSAC arbitral award may be subject to. The wide jurisdiction of the SSAC, and its range of specialised divisions (including, most notably, a specific football disputes division) is a laudable statement of intent and should help preserve the rights of sporting stakeholders and aid the broader development of the KSA sports sector.

The International Dimension – Court of Arbitration for Sport

The CAS, which is by far the best-known independent international sports arbitral tribunal, was established in 1984 in Lausanne, Switzerland on the initiative of the International Olympic Committee. It is an independent institution that facilitates the resolution of global sports-related disputes by arbitration or mediation, and has its own dedicated procedural rules that cater to the specific needs of the sporting world. Cases are heard by a sole arbitrator or a panel of three arbitrators, who the parties select from a closed pool of around 300 experts in sports law.

Individuals and entities within the Gulf Cooperation Council (‘GCC’) sports sector have, for many years, submitted cases to the CAS and its role in providing a neutral, efficient and cost-effective mechanism to resolve sports disputes is well recognised across the GCC. Indeed, the Abu Dhabi Judicial Department entered into a partnership agreement with the International Council of Arbitration for Sport (‘ICAS’) in 2012 that paved the way for the opening of a CAS Alternative Hearing Centre in Abu Dhabi later that year, following in the footsteps of those opened in Sydney and New York. Such a development is recognition by ICAS that the region is a key growth market in professional sport, as demonstrated by the opening of Yas Marina F1 circuit in Abu Dhabi and the relocation of the International Cricket Council headquarters to Dubai, as well as the staging of major international sporting events including the 2022 FIFA World Cup Qatar, the FIFA Club World Cup, the AFC Asian Cup and numerous ATP tour tennis, European Tour golf and UCI cycling tour events. Crucially, it also affords local sporting stakeholders privileged access to the jurisdiction of CAS with concomitant time and cost efficiencies.

Sports arbitration has a number of features that make it different to standard commercial arbitration, such as:

As explored above, sports arbitration is a different beast to commercial arbitration. This is largely due to the overriding objective to facilitate consistency of decisions and public sanctioning, so as to uphold the integrity of sport in the eyes of fellow athletes and the general public. Consequently, bespoke arbitral bodies – on an internal, national or international level – are necessary in order to administer justice in the unique context of sport. Such bodies are efficient in terms of cost and time and help promote consistency in decision-making, which in turn reassures investors that the region’s sports market is mature, predictable and worthy of investment.