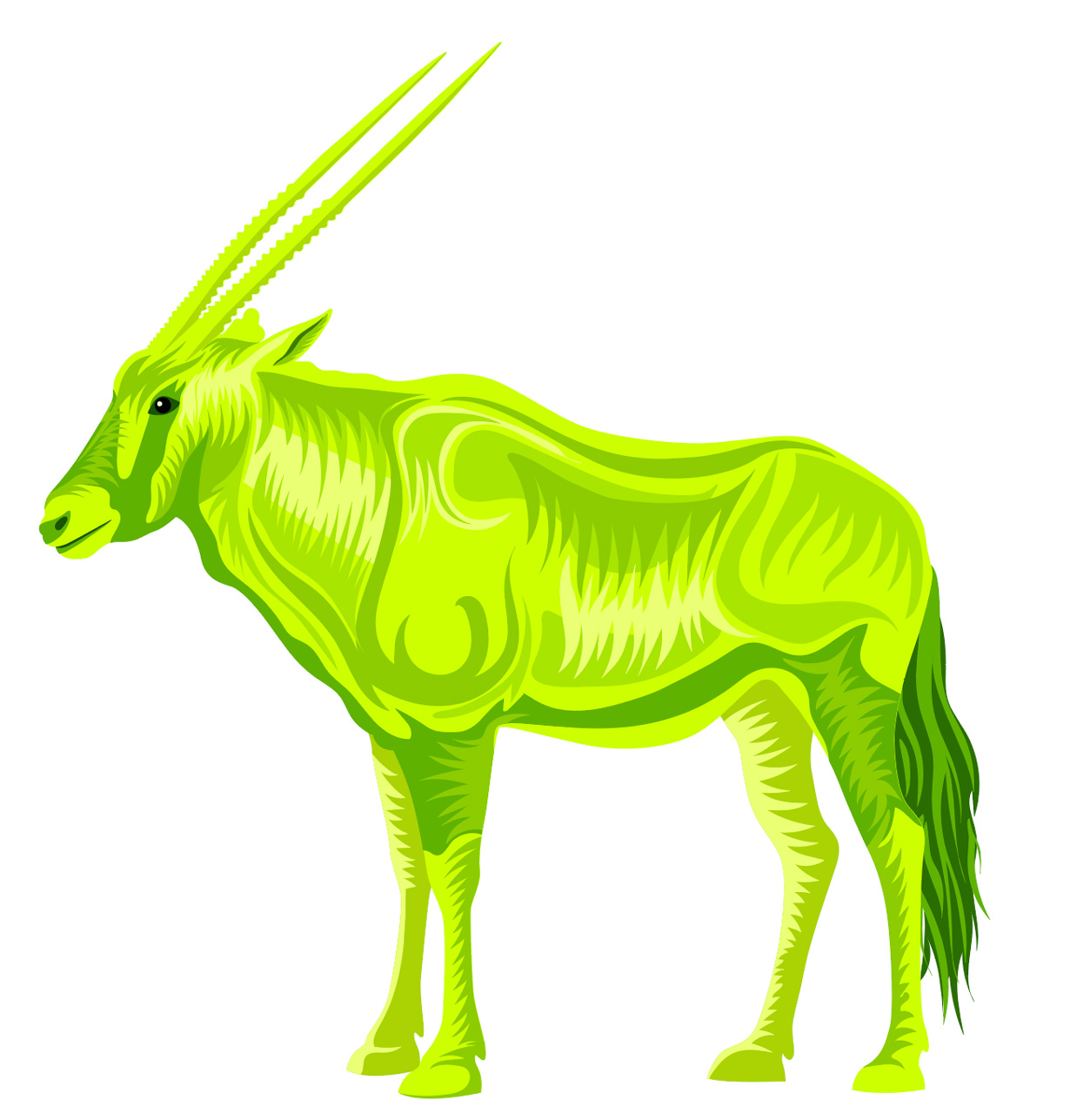 The United Arab Emirates’ (‘UAE’) recent efforts to eradicate financial crime has been enshrined in the issuance of new legislation and policy that are aimed at protecting the country’s public funds from criminal abuse. As part of this effort, on the 14 April 2018, His Highness Sheikh Mohammed Bin Rashid Al Maktoum (Ruler of Dubai, Vice President and Prime Minister of the UAE) issued Dubai Law No. 4 of 2018 establishing the Financial Audit Authority (‘FAA’).

The primary remit of the FAA is to maximise performance, compliance, and the financial and control systems for auditing public funds, whilst also ensuring the efficiency of the distribution of the funds as a step towards better financial security and stability. The newly recognised FAA substitutes the previously known Financial Audit Department (‘FAD’), established in 2007.

At a high-level the FAA’s role is to detect any illegal activities related to public funds and investigate all violations including but not limited to:

From a more practical perspective, the FAA aims to control and supervise public funds, promote transparency, control and risk management, and combat all methods of financial and administrative violations and corruption. These multifarious objectives are contained within the 47 Articles that make up the bulk of the Dubai Law No. 4 of 2018 (‘FAA Law’), outlining all the controlled entities and authority’s obligations, liabilities and restrictions.

Under the provisions of the FAA Law, the FAA’s functions include the following:

The legislation has been drafted with the intent to provide greater recognition of the FAA, both in terms of granting it higher authority whilst simultaneously assuring the quality of its work with more advanced and precise duties, structure, functions of its key people, the entities controlled by the FAA and auditing works.

Dubai Law No. 1 of 1995 establishing the FAD was the first law to introduce an authority with auditory powers, followed by Dubai Law No. 3 of 2007 and Dubai Law No. 4 of 2018 regarding the FAA. This evolution demonstrates that Dubai has recognised the need to update, improve and expand the powers of its supervisory authority by amending its underlying laws and provisions.

The new law defines and adds functions to the newly named FAA whilst improving the regulations and functions of the authority, the controlled entities and key people such as the Chairman and the Director General.

The FAA has also been granted wider powers than its predecessors, such as international co-operation and the authority to enter into international agreements with a view to enhancing Dubai’s role in cross-border collaborative efforts to combat global flows of illicit funds. This process of evolution reflects the resilient approach the Dubai authorities have taken to ensure that the country is equipped to detect and defend against financial crime.

On the End of New Measures

Despite its strict remit concerning the integrity of funds related to the public sector, the new FAA targets both private and publicly owned companies that are involved in managing and regulating the flow of these funds in Dubai. All the controlled entities are duty bound to inform the FAA of any violations regarding the applicable rules, provisions of the general budget and the rules regulating contracts and agreements. Additionally, the controlled entities are required to submit their annual financial statements and supporting documents in order for the FAA to proceed with their auditing works.

As per the FAA Law, the controlled entities based in Dubai are listed as:

This represents an extension of the powers of the previous FAD in that it has widened the scope of companies that fall under its oversight. Since the issuance of the FAA Law, entities that have been granted a government financial subsidy and all entities entrusting the authority to conduct their auditing have been included under the umbrella of the FAA.

Keen to Improve – New Measures in the FAA Law

Pursuant to the FAA Law, His Highness Sheikh Maktoum bin Mohammed bin Rashid Al Maktoum (Deputy Ruler of Dubai) has been appointed as Chairman of the FAA. In so doing, the new Decree adds a higher authority to the FAA, considering the previous FAD’s highest authority had been the Director General His Excellency Abdullah Mohammed Ghobash.

The FAA Law also contains provisions that clearly outline the various procedures of the FAA, to create consistency and order in its activities, including but not limited to the following:

Be Aware of the Sharp End of the FAA

In its holistic approach to legislative reform, the weight of the FAA is also impacted by revisions to legal provisions contained within separate laws. The UAE recently introduced the Federal Decree Law No. 24 of 2018, amending certain penalty provisions issued under the Federal Law No. 3 of 1987 Promulgating the Penal Code, increasing punishments for many crimes including bribery and corruption. The Penal Code imposes the penalties for crimes that the FAA uncovers and investigates.

The impact of increased penalties was demonstrated in 2017, when the Court of Cassation sentenced the CEO of a government-owned real estate company to ten years imprisonment, deportation and a fine worth AED 35 million for causing wilful loss to public funds with intent to unjustly enrich himself and others by AED 20 million in exchange for awarding contracts in favour of two other companies, leading to a conflict. The CEO, alongside nine other defendants, conspired to profit from the company’s real estate account by exchanging bribes for influence in facilitating projects with other associated companies.

The company’s audit report showed that millions were suspiciously transferred to the CEO’s account which led to the intervention of the prevailing audit authority at the time, namely the FAD. The FAD’s investigation linked the source of transfers and all payment methods used to bribe the CEO.

The ruling in this case was contingent on the FAD’s detection and report on public fund damages and its ability to identify the perpetrators.

Though this case involved the intervention of the FAD, it is a clear example of how the new authority, the FAA, with its expanded capacity, is anticipated to play an even greater role in detecting any type of violation relating to public funds and to intervene where necessary.

It has been less than one year since the establishment of the FAA and, as such. it is still in the nascent stages of determining its role within the UAE’s wider anti-corruption drive in co-operation with other relevant authorities. Implementation of the FAA Law has been enhanced by dedicated training initiatives, such as one held in July 2018 by the Public Prosecution for the Financial Audit Authority’s team of auditors. This session was aimed at briefing FAA employees on the prosecutorial perspective of relevant crimes and instructing them on the mechanisms for investigating crimes relating to public funds and demonstrating the necessary findings of the investigation.

In line with the motif of ‘collaborative training initiatives’, the FAA has also taken steps to expand the expertise of its employees by signing training agreements with various top auditing firms in the region in order to hone their skills in supervising and identifying any damages to the public funds.

A Beginning, Not An End

Ultimately, the new and improved FAA is another string in the bow of Dubai and UAE authorities to detect, prevent and eventually eradicate illicit practices from public office. By empowering the FAA to effectively address these issues, the government hopes to insulate public funds against the risk of abuse by criminal actors and ensure that resources are effectively expended towards the public good and national economic development, rather than unjust enrichment. In essence, the FAA is a crucial part of Dubai’s first line of defence against illegal activity in government and showing the sharp end to any guilty perpetrators.