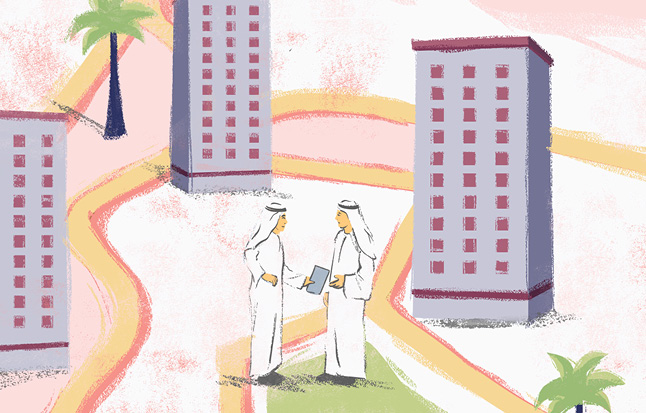 The much anticipated new Government Tenders and Procurement Law (‘GTPL’) was approved by the Council of Ministers on 16 July 2019. It replaces the previous law issued in 2006.

The Implementing Regulations (which are referred to in the new law over 60 times) are expected to follow in the next two months. A great deal of detail will be concentrated in those regulations so a complete view of the new regime will only be possible once they are in circulation. The new Law is expected to come into force in late November 2019.

It is not yet clear whether a consultation process on the draft Implementing Regulations will be initiated so as to allow interested parties to express a view to the Ministry of Finance on the regulations.

One welcome change will be a greater range of template contracts (Article 57). The current template contract was drafted primarily with input-based civil construction works (priced on a bill of quantities (‘BOQ’) basis) in mind and many of its provisions do not adapt tidily to a range of modern services type contracts.

In addition, the new GTPL now contains a two-phased tender process: inclusion of knowledge transfer in contracts; and a role for the Ministry of Finance as well as two new government entities with defined roles in the procurement process – the Local Content and Government Procurement Commission and the Unified Procurement Competent Entity.

Other innovations include thematic chapters and sections, along with a definitions Article, which includes the new concept of a framework agreement, reverse e-bidding, pre-qualification and post-qualification, as discussed in further detail below.

The new GTPL sets out a range of measures regarding knowledge transfer. This will aid government employees in accessing and sharing knowledge and precedents. GTPL says that contracts may impose knowledge transfer requirements (which would include practical as well as theoretical skill transfer). Companies interested in Saudi government procurements should be aware of this requirement as it provides a further opportunity to distinguish their service offerings. Bidders should, in any event, consider this requirement at the outset as this requirement may not always be explicitly stated in the tender documentation.

Government entities will be able to assess the suitability of potential tenderers before issuing a tender document allowing potential bidders to showcase their capabilities, and thereby highlight their strengths, ahead of the tender process. Again, the Implementing Regulations will set out further details.

The GTPL states that pre-qualification, where undertaken, (it is not mandatory for government entities to require pre-qualification) will be a vital opportunity for bidders. If they do not successfully pre-qualify, they will not be invited to tender. Those wishing to participate in a tender process should carefully review all tender documentation to check if pre-qualification is specifically required.
Post-qualification may occur after selection of the best bid and before a contract is awarded, with the aim of confirming the successful bidder is, in fact, capable of implementing the contract. Scant detail on post-qualification is provided and we await the Implementing Regulations to learn more about what they will entail.

Bid and performance bonds will not be required for direct purchases, government-to-government contracts, not-for-profit contracts or SME contracts. Bid bonds will also not be required for the newly added ‘ideas contests’. The new GTPL also waives the requirement for SMEs to submit a preliminary bank guarantee; an undertaking letter to procure such a guarantee, in due course, will be sufficient. A bid bond of one to two percent of the proposed contract price is still required for all other contracts.

Advance payments can be made as long as a performance bond is lodged. There is now no limit on such advance payments, whereas in the old GTPL this is limited to five percent of the contract value (or 50 million Saudi Riyals (approx. US$13,000,000), whichever is lower), although the Implementing Regulations may set out some limits.

The new GTPL aims to enhance the transparency of the government procurement process. The Implementing Regulations are expected to set out guidance on how to avoid or otherwise deal appropriately with conflict of interest situations. Also, the GTPL will introduce a regulation regarding the ethics of those who apply the provisions of the GTPL.

The option to use Reverse E-Bidding (as employed in other jurisdictions) is introduced in the GTPL. Using the E-Portal, bidders will have the opportunity to submit successively lower bids in the special bid period – clearly a mechanism to apply price pressure to bidders.

Note that the lowest price will not necessarily result in the tender being awarded because the GTPL specifies that other criteria are also to be applied in selecting a winning bid, and those criteria are expected to be set out in the tender documentation, with more detailed guidance expected in the Implementing Regulations.

Article 36 appears to open up the opportunity for companies to contract with government entities if they win an ‘ideas contest’. This is often seen on architectural design projects but, innovatively, it seems that the GTPL will permit government entities to run competitions for good ideas in the virtual, design and creative sectors generally.

A new section has been added, setting out the role of the Ministry of Finance explicitly and covering its key tasks of developing templates, maintaining and promoting the E-Portal and ensuring transparency and compliance. This clarity will help participants to understand the procurement system in Saudi Arabia, and assist in levelling the playing field. There are also two new government entities that will work alongside the Ministry of Finance to give effect to aspects of the GTPL.

The Local Content and Government Procurement Commission (‘LCGPC’) was established by Royal Order on 27 December 2018 and will specifically focus on ensuring Saudi publicly listed firms and SMEs can win contracts or a portion of the work (‘local content’) where appropriate. More detail is contained in the new GTPL to secure local content and SME participation where possible. This will be backed up by fines for non compliance with local content rules and the Implementing Regulations will set out further guidance. The LCGPC will also manage technology transfer negotiations with foreign firms.

The Unified Procurement Competent Entity (‘UPCE’) is tasked with developing framework agreements where multiple government entities require the same work or procurements, aimed at reducing costs and minimising duplication of effort. The UPCE will also formulate a list of projects and works that can only be procured under framework agreements that it has entered into with relevant suppliers on behalf of all Saudi government entities. Government entities will not be permitted to procure those works or services themselves (however they have the option to seek an exemption).

One key element where further clarity may be expected relates to the National Centre for Privatisation (‘NCP’). The NCP was established in the summer of 2018 with overarching authority as regards privatisation and PPP contracts. How and to what extent the new GTPL dovetails with NCP initiatives (such as the Privatisation Manual and the still draft Private Sector Participation Law) remains to be seen. The old GTPL was disapplied from such projects by Royal Decree (No.101) but the GTPL does not explicitly address the point.

The GTPL contains some changes that require government entities to undertake pre-RFP to determine and plan for approved expenditure at the beginning of each financial year. In addition, a tender may be cancelled if all bids received are higher than the approved amount and no compromise can be reached. There is therefore now a higher risk of tenders being cancelled.

Government entities will be required to publish their procurement plans in broad terms for the coming year, early in each fiscal year. This is a particularly welcome step. Those interested in procurement opportunities in Saudi Arabia would be advised to monitor any such published plans to assist with their own forward planning.

Some added discipline around contract term duration is also included, in recognition of the fact that funds will be approved annually. Together with termination and review powers of agency heads, there is a greater focus on ensuring continued value for money is being achieved.

The GTPL sets out the delegations and powers for the head of a government entity with respect to procurements. A head can approve tenders below a 10 million Saudi Riyals (approximately US$2,666,666) threshold, and also has the ability to adjust works (for example by adding to the deliverables, for additional funding subject to a 5 million Saudi Riyals (approximately US$1,333,333) limit. A head of government entity can also terminate a contract or cancel a tender, and delegate these powers.

In the old GTPL the circumstances in which a government entity could pay a third party (if so agreed by the contractor) were limited but now, it will be possible to pay a sub-contractor or supplier directly. However, restrictions on a contractor sub-contracting without the government entity’s permission remain in place. More detail on all this is expected to be contained in the Implementing Regulations.

There is a requirement to evaluate the performance of contractors, and the results of such evaluation may become public. This will involve greater scrutiny on contractors and, potentially, reputational implications. The ability to boycott remains in place. Fines and penalties such as changing a company’s ‘classification’ (presumably under the evaluation and Pre-qualification processes) are added punitive options.

A government entity is permitted to appoint another entity to manage a procurement process on its behalf. Presumably in making such an appointment, the contract would itself need to be tendered (in the absence of an express exemption which allows that).

The accompanying Implementing Regulations are expected by mid-October 2019. They will need to capture the finer detail signposted by the broad brushstrokes of the GTPL.