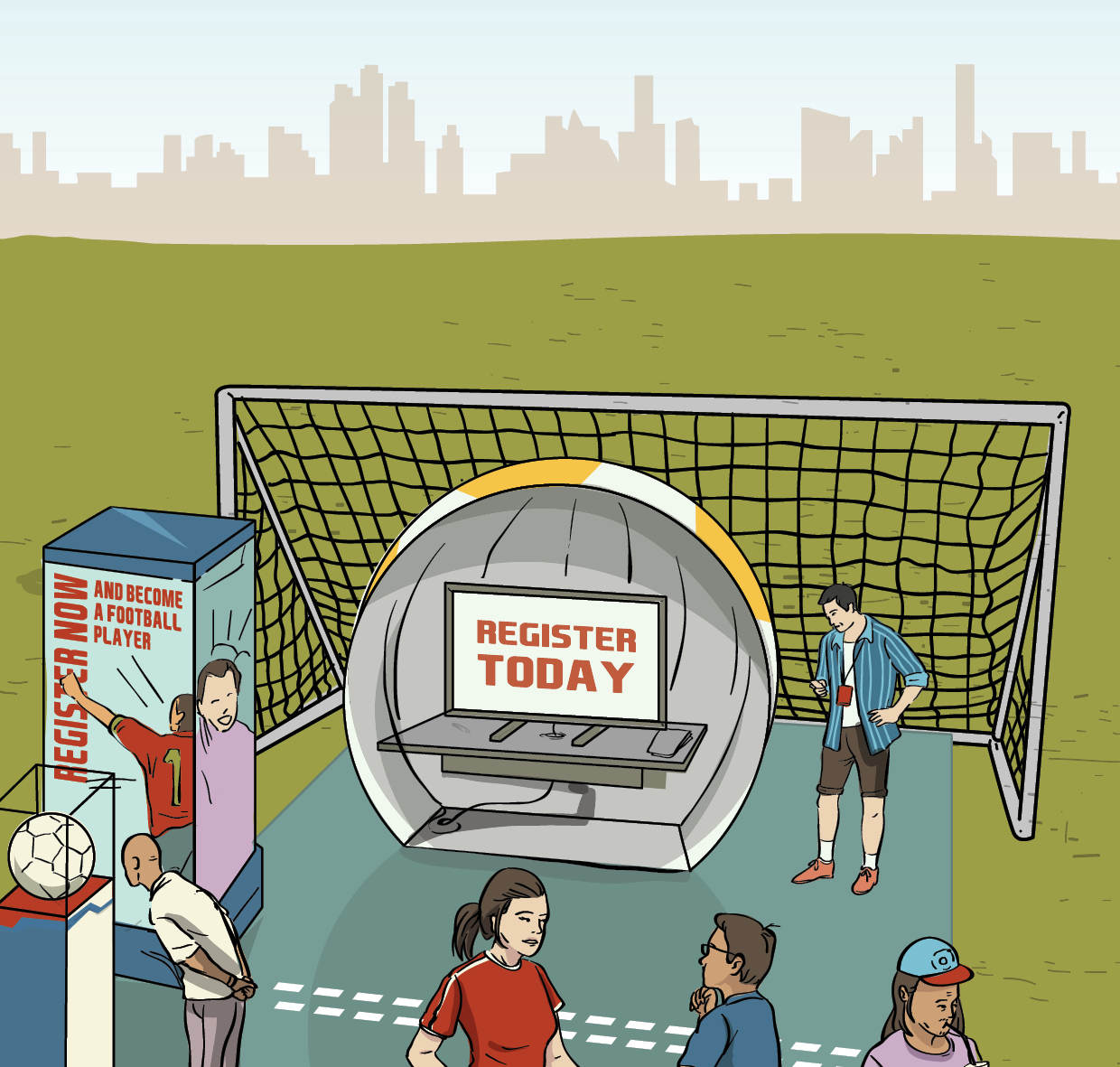 The Status of Players

Football players are either amateurs or professionals. Pursuant to Article 2 of FIFA RSTP, professional football players are defined as all those who have a written contract with a football club and are paid a reasonable remuneration that cover all living costs and expenses. All players who do not have a written contract and/or need to obtain remuneration from other sources are considered amateurs.

All football players start their career as amateur players. Those who have the capacity to pursue a professional career are normally offered the first professional contract when they become of age. Talented young players may be offered contracts as professional players at the age of 16 or 17, when they start having the prospect of being called to the first team.

However, if a professional player registers as amateur and re-registers as professional within 30 months, the new club must pay the relevant training compensation to other clubs, as may be due.

The registration of football players is regulated under Article 5 of FIFA RSTP.

First of all, it is important to emphasise that all football players need to be registered irrespective of the relevant status. It is mandatory that professional players, as well as amateur, are registered with a football club in order to be eligible to play in organised competitions. Such registration is made with the relevant national association. Failing to use a football player who is not duly registered in an official match will result in sanctions to the player and/or the club.

Secondly, football players can only be registered with one club at a time. It is not admissible for the same player to maintain registration with two clubs simultaneously, even if the clubs are affiliated with different national associations.

FIFA RSTP also stipulate that players can be registered with a maximum of three clubs during one season, but can only be eligible to play for two clubs. As an exception to this rule, a player may be eligible to play for a third club if the player moves to a club of a national association which season overlaps the season of the previous club (for example, autumn/summer as opposed to spring/winter) and provided the player has fully complied with the contractual obligations towards the previous club.

When a player wants to be registered with a club from a different national association, the new registration is conditional upon the issuance by the former association of an International Transfer Certificate (also simply known as ‘ITC’).

Notwithstanding the above, football clubs are allowed to register free players outside of the transfer windows. Article 6.1. of FIFA RSTP expressly stipulates that “a professional whose contract has expired prior to the end of a registration period may be registered outside that registration period”.

This exception is only applicable to professional players and to those whose contracts have expired (or been terminated) prior to a registration period. It is important to observe that national associations must give due consideration to the sporting integrity of competitions. Accordingly, national associations may fix a deadline for the registration of free players outside of a transfer window. In particular, it is common to see a prohibition to register players in the last rounds of a competition league (for example, within the last five or ten matches).

It is also important to clarify that if a professional player terminates his contract, for whatever reason, after the end of a registration period, he will not able to register with another club before the next registration period. 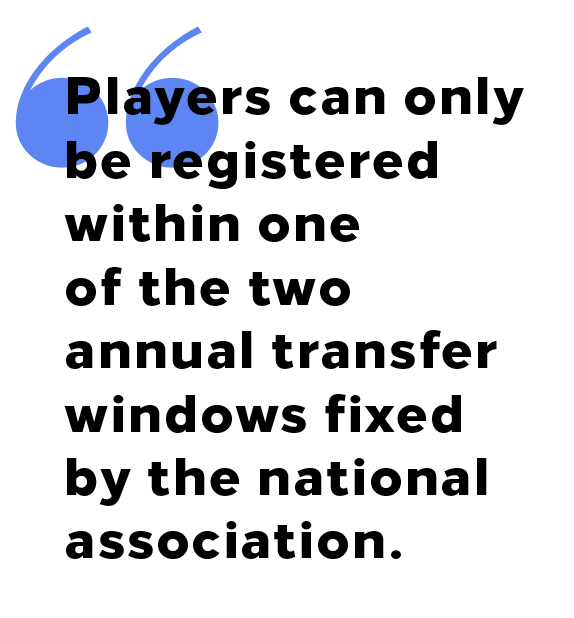 The requirements mentioned above are not applicable to competitions which are 100 percent amateur, i.e., where all participant players are amateur.

It is worth noting that with regard to clubs participating in professional leagues that intend to register amateur players, they will need to abide by the provisions concerning registration periods.

Registration Status upon Termination of Activity

According to Article 4 of FIFA RSTP, professional players who end their career upon expiry of the relevant contracts will remain duly registered for an additional period of 30 months. The same is applicable to amateur players who terminate their activity.

The period above is counted from the last official match of the player by the club.