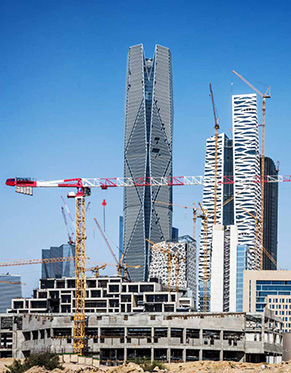 The purpose of this article is to provide developers, investors and other stakeholders with an overview of the main laws and regulations affecting the real estate practice in the Kingdom of Saudi Arabia, as well as the practical issues to consider.

Who can Own Property in Saudi Arabia?

Gulf Cooperation Council (‘GCC’) nationals and GCC companies (with shareholders who are all GCC nationals) have certain rights to own land, subject to a number of restrictions. A GCC company or a GCC national may lease or purchase land to use it to conduct any licensed business activity from the land, and may own residential properties in Saudi Arabia, except for properties within the vicinity of Mecca and Medina.

Foreigners (being non-GCC nationals or companies who are not 100 percent owned by GCC nationals) have certain rights to own land and property in Saudi Arabia. The Foreign Ownership of Real Estate Regulation (enacted by Royal Decree No. M/15 dated 17/04/1421H, corresponding to 19 July 2000) regulates the acquisition by foreign, non-GCC nationals, of real estate in Saudi Arabia. Under this regulation, the ownership and investment in real estate by a foreign investor is permitted, subject to obtaining a foreign investment licence from the Saudi Arabian General Investment Authority (‘SAGIA’).

A non-GCC development company may, subject to certain licencing conditions by SAGIA, own real estate in connection with a particular project for property development provided that the construction of buildings is for investment purposes (whether through sale or lease), and is carried out by a Saudi Arabia licensed contractor.

A non-GCC entity may own Saudi Arabian real estate that is reasonably required for (i) the conduct of its professional, technical or economic activities, including for its headquarters and warehouses, or (ii) private residences for housing employees of licensed projects, or (iii) residential use by individuals with normal legal residency status.

Foreign owned entities are restricted from acquiring any right of property in real estate within the borders of the cities of Mecca and Madina. There are also ownership restrictions whereby other resolutions of the Saudi Council of Ministers, and royal decisions expressly prohibit the acquisition of real estate in specified locations.

There are other rules whereby a foreign individual may own property in Saudi Arabia if he has normal legal residency status and has a permit from the Ministry of the Interior.

It must be pointed out that Saudi Arabia has a strict anti-fronting law, which must be carefully considered when structuring investments through an entity.

Titling and the Registration System

The Realty in Kind Registration Law, issued by Royal Decree No. 6 on 9/21423H, creates an efficient and transparent land identification, ownership and registration system which will ultimately cover all real estate in the Kingdom. This law is also supported by the following laws relating to surveying of land and the sale of units in a building:

In practice, however, the system remains less structured than as set out in the above laws and the practice could be compared with a “deeds system” whereby ownership was traced through the various contractual agreements between buyer and seller, with the “First Notary Public” completing a change in ownership and recording such details in a register retained by the Ministry of Justice. The practice may vary in different regions and separate rules may apply in the Economic Cities.

In 2016, the Capital Market Authority introduced new rules allowing the formation of Real Estate Investment Traded Funds (‘REITs’) on the Saudi Stock Exchange (Tadawul), in an effort to open the real estate market to investment by a wider range of investors. The rules cover the management, operation, and ownership of the REITs.

Subscription in a REIT is open not only to Saudis, but also GCC citizens and non-Saudi residents in Saudi Arabia. Non-resident foreign investors are also allowed to trade in the units of the REITs on the Tadawul.

On 6 September 2016, Resolution No. 56 concerning the Regulations on the Sale of Off Plan Real Property was passed to provide added consumer protection in relation to off-plan sales.

Prior to making any off-plan sales, a developer will have to register the project with the Off-plan Sale Committee at the Ministry of Housing. The developer will have to show that it has the financial ability to carry out the project and that it has put sufficient guarantees in place, in particular, opening an escrow account to ensure that collections from unit purchasers for a particular project are properly channelled towards that project in question and not spent on other unrelated projects.

The regulation also provides for the supervision of the construction progress by a consultation office (accredited by the Organisation of Saudi Engineers), which will provide quarterly technical reports on the project status until completion.

The Registered Real Estate Mortgage Law was issued in 2012.

This new law is to create certainty over the priority of a debt secured by a registered mortgage and to do away with the practice whereby banks would cause the borrower to make an outright transfer of title to the real estate to a nominee named by the banks for the duration of the financing, with title reverting back to borrower once the financing is repaid.

An important aspect of the law is that the debt being secured by the mortgage must not relate to a conventional finance whereby interest in payable, but must be pursuant to a Sharia’ compliant financing transaction under KSA laws.

The Law of Proprietorship and Sorting of Real Estate Units promulgated under the Council of Ministers Resolution No. 40 dated 09/02/1423 AH and endorsed by Royal Decree No. M/5 dated 11/2/1423 AH, as amended, and the Executive Regulations promulgated under Ministerial Resolution No. (11985) dated 21/2/1424 (the “Jointly Owned Property Laws”) governs the formation of homeowner’s associations and the management of jointly owned property.

The Jointly Owned Property Laws lay down the foundation to ensure that the jointly owned property is managed in accordance with good industry practice, including maintenance of the common areas and management of the homeowner’s association funds and shared assets. The level of implementation of such homeowner’s association laws is variable and often developers retain a management role in such buildings.

The Kingdom of Saudi Arabia along with the United Arab Emirates (“UAE”) were the first countries in the GCC to introduce Value Added Tax (“VAT”). VAT has been implemented and is payable from 1 January 2018.

Sales of occupied commercial buildings may also constitute sales of a business and therefore fall outside the scope of the VAT law.

In essence, Etmam acts as liaison centre by following up with the relevant authorities to avoid inordinate delays in the licencing and approval process for real estate developments, in particular, residential and commercial projects comprising more than 50,000 square metres.

Among other things, Etmam facilitates the developer in respect of the following:

The Ministry of Housing in Saudi Arabia recently launched its Ejar rental service e-network. Landlords and tenants (including expatriates) can now download an app, which allows the user to:

The Real Estate General Authority was established by the Council of Ministers Decision No. 239 of 25/4/1438. The purpose of the Authority is to enhance transparency, stimulate investment and provide consumer protection in the real estate industry.

The Authority has already started working on enhancing transparency by developing price indicators (selling and rental) and other indicators pertaining to construction progress.

To incentivise investments, the Authority has conducted several local and international comparisons with the aim of implementing the best practices based on the global experiences from reputable real estate regulators in Australia, the United States, Hong Kong, Singapore and the United Arab Emirates. It is understood that the Authority will also be coming up with proposed changes in the regulations in order to reduce the number of property disputes and their processing time.

Further, the Authority aims at organising various training programs and accredited courses in an endeavour to increase skills and quality among the various stakeholders in the real estate market.

The government of Saudi Arabia has introduced a tax on undeveloped urban land, the so-called “white lands”.

The Tax Law on vacant lands is purported to achieve the following:

The tax rate levied on vacant lands owned by non-government persons is at the rate of 2.5% of the value of the land, payable per annum.

Though not an unreasonably high amount in itself (when compared to other similar land taxes in other jurisdictions), when vacant land remains non-income producing, there is less incentive on the land owner to hold the undeveloped land.

This new tax is consistent with the Saudi Arabian Government’s policies for stimulating development and increasing affordable housing across the Kingdom.

It is clear that Vision 2030 will create many opportunities in the real estate sector and will be an impetus for the issuance of additional regulations and guidelines to adopt best international practices and make the Kingdom of Saudi Arabia a leading real estate jurisdiction of choice.