Liability of Ship Owners towards Seafarers under UAE law 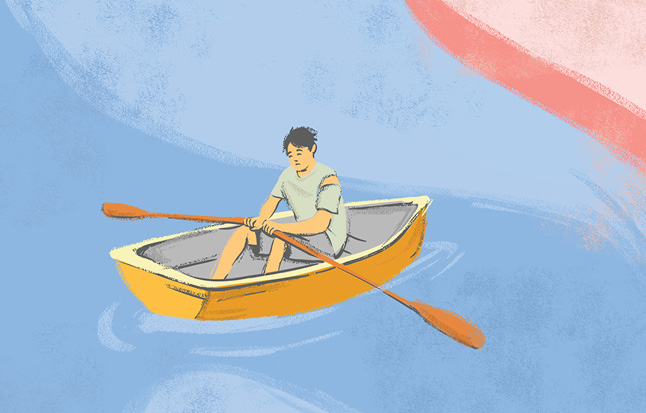 Abandoned seafarers is an issue that often attracts the attention of the media for humanitarian reasons. Some ship owners voluntarily elect to disregard their contractual duty and moral obligations towards the seafarers, by ceasing to supply the vessel with the necessary supplies such as bunker, food, fresh water as well as the crew’s wages. Other owners of vessels are unable to meet their legal obligations to their crew because they struggle financially when their ship is seized.

As a result of the increase of shipping disputes around the world, the question of ship owners’ legal and humanitarian obligations to seafarers has come into focus.

In a recent case heard before the Fujairah Federal Court, a UAE based financial institution obtained an arrest order against a vessel over which it had a mortgage. When the ship owner breached the mortgage agreement, the financial institution applied to the competent court seeking the imposition of a precautionary attachment over the vessel. The vessel was arrested in compliance with the applicable law and upon arresting the vessel, the owners simply ceased to pay crew wages, supply bunker, fresh water and food. The obligations of the ship owners, under domestic and international conventions for the seafarers’ wellbeing and wages remain a controversial issue. In this article, we discuss those obligations.

Generally, international treaties and conventions aim to provide coverage and protection to seafarers. The International Convention for the Safety of Life at Sea (‘SOLAS;) sets out the minimum safety standards that should be met by merchant ship owners so as to ensure the safety of the seafarers on board. The Maritime Labour Convention 2006 (‘MLC 2006’) as (amended and which came into force on 20 August 2013), is considered to be one of the International Labour Organization conventions, and the convention has been ratified by most of the large flags representing the majority of global shipping. The main objective of the Convention is to protect seafarers’ rights by providing decent work conditions, payment of wages, repatriations, on board medical care, food and health and safety protection. However, MLC 2006’s reach stretches beyond signatory states.

MLC 2006 Regulation 2.5 (2) obliges ship owners, flying a member state flag to provide financial security to ensure that seafarers are repatriated home in certain circumstances including cases of abandonment. Standard A2.5.2 (5) describes the necessary support to which seafarers are entitled as “adequate food, accommodation, drinking water supplies, essential fuel for survival on board the ship and necessary medical care.” Guideline B2.5 adds further that, the seafarers will be entitled to repatriation if, among other reasons, the ship owners are not able to continue their legal or contractual obligations as an employer.

Due to the sensitivity of the issue, UAE Maritime Commercial Law No. (26) Of 1981(‘Maritime Code’) imposes an obligation on the operator of a vessel, including owners and/or charterers, to provide food and healthcare treatment to seafarers during their service on board a vessel. Article No.185 of the Maritime Code provides that the operator must provide food and accommodation on board the vessel for seafarers, free of charge. In addition, Article 187(1) of the Maritime Code stipulates that the operator is required to provide healthcare and treatment of seafarers where necessary, free of charge, during their service on board the vessel.

Although the UAE has not ratified MLC 2006, the convention is unofficially recognised in the Emirates and many of its provisions are adopted and integrated in the UAE legislative and regulatory systems. In recognition of the ship owners’ liability towards seafarers, the Federal Transport Authority – Land & Maritime (‘FTA’) (which is the regulating body responsible for the safety of maritime transport), issued Circular No. (6) Of 2018 pertaining to compulsory insurance requirements of the ship owners’ liabilities towards the seafarers (‘Circular No. (6/2018)’). The said Circular is widely based on MLC 2006 Regulation 2.5, Standard A2.5.2 and guidelines B2.5. Pursuant to Circular No.(6/2018) the owners of international voyage UAE ships (over 200ton) and foreign flag ships passing through UAE waters (over 200ton) are required to procure insurance coverage to cover the ship owners’ liabilities regarding the repatriation of the crew, in addition to supplying their essential needs for up to four months. Essential needs include food, wages, accommodation, and medical care for all seafarers on board these vessels.

Interestingly, FTA’s Circular No. (1/2019) imposes an obligation on the ship’s agent to ensure the ship complies with the Circular prior to taking over the agency, otherwise, the ship’s agent will be held liable for all responsibilities and obligations, towards the seafarers. The FTA’s decision is considered to be a step in the right direction, because the ship’s agent is widely recognised as the owner’s representative within the UAE and therefore his acceptance of the agency of the abandoned vessel can be construed as an implied acceptance of all the risks and obligations associated with that agency.

A Letter of Undertaking (‘LOU’) is a letter duly signed and stamped by the arresting party which undertakes to compensate ship owners for any damages caused in the event of wrongful arrest of their vessel. Although the UAE courts require a LOU, its scope is not extended to cover the supply of food, drinking water and/or seafarers’ wages. Some courts might require counter-security to cover the damages sustained by the ship owners, in the case of a wrongful arrest. It should be noted that Dubai Courts often require additional LOUs where the arresting party will undertake to pay expenses, port dues, charges, seafarers’ wages and other charges incurred during the arrest period. However, in practice, the enforcement of such LOUs is very rare. Usually, these types of expenses are reimbursed from the vessel proceeds, upon judicial sale, depending on each debt priority.

Other jurisdictions such as Singapore adopt a different approach. The liability of ship owners towards seafarers is transferred from the ship owner to the arrestor upon imposing the arrest over a vessel. Although the courts in Singapore do not require a counter-security for arresting a vessel, the Sheriff is entitled to require the arrestor to deposit a form of security to cover the vessel’s maintenance and other expenses including, supplying the vessel with fresh water, food, bunker and cost of guard service. Pursuant to Order 70 of the Singapore Rules of Court, the Sheriff will be entitled to oversee the arrest of the vessel. Order 70 Rule 9 stipulates that a vessel arrest cannot be effected unless a satisfactory undertaking, in writing, is submitted to the Sheriff by the arresting party. This undertaking sets out the obligations of the arresting party in relation to its liability for fees and expenses. Alternatively, the Sheriff may accept a sum which should be deposited with him to cover the fees and expenses instead of the security deposit.

The procedures and regulations outlined above and implemented in the UAE have proven to be some of the most effective means of protecting seafarers who have been abandoned. In order to keep pace with the best industry practices as well as to ensure the security and attractiveness of the UAE shipping sector it would be encouraging to see the UAE consider ratifying MLC 2006. In 2018, FTA had signed a MOU with the International Transport Workers Federation (‘ITF’) to protect the right of the seafarers within UAE territorial waters. Pursuant to the said MOU, the FTA and the ITF will work closely in issues pertaining to the abandonment of the seafarers and by applying the principles of MLC 2006 – perhaps ratification of MLC 2006 is closer than we think!