IP and the construction industry 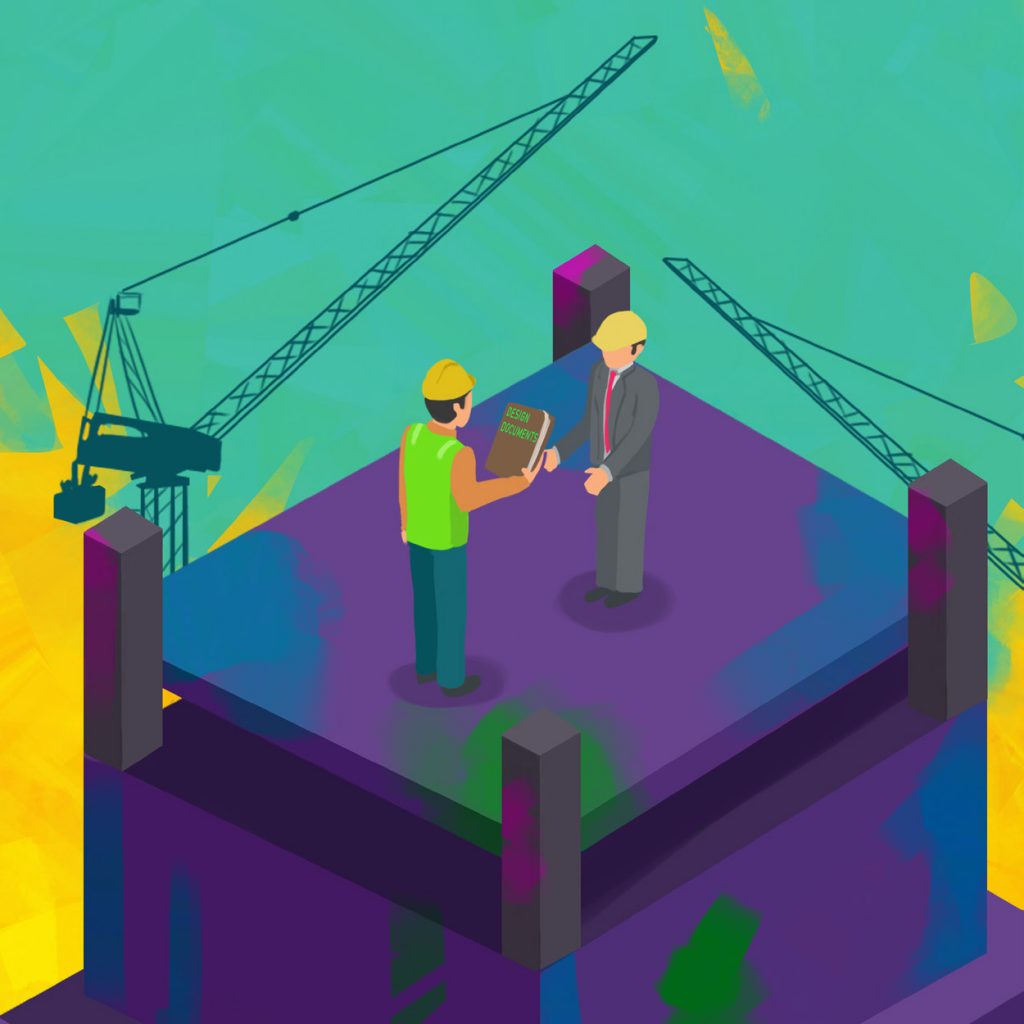 As virtually all construction projects have, at least, an element of design, intellectual property plays an important part in the construction industry.

The purpose of this article is to briefly highlight some key issues and complexities regarding the interface and relationship between the construction sector and construction related contracts and intellectual property rights.

Typically, all design appointments as well as construction contracts (including ‘construction only’ contracts on the basis that the contractor will almost inevitably have a degree of design responsibility) require the designer to provide the owner (i.e. the party who is procuring the project) with a right to use the design produced by that designer. Without such an entitlement, the ability of the owner to use the designer’s designs is questionable.

Although different drafting positions can be adopted, a common approach is to insert a definition of ‘Design Documents’ in the appointment or construction contract, stating that Design Documents include such things as all designs, drawings, models (including BIM models), calculations, reports that are produced by the consultant or contractor in relation to the project.

An operative clause of the appointment or of the construction contract should then specify the type of use that is conferred upon the owner. Generally, this can either be in the form of granting ownership in the Design Documents to the owner (which can be effected through an assignment) or, alternatively, providing the owner with a licence to use the Design Documents.

In terms of granting ownership of the Design Documents, the designer needs to be aware that it will no longer be able to use such Design Documents in respect of other projects without the permission of the Owner (which is seldom granted). Additionally, an exclusivity clause may be inserted so as to ensure the non-replicability of the designs in other construction projects. This is particularly significant in the context of architectural designs.

While this may be acceptable if the Design Documents are only relevant to the project in question (such as an MEP design in respect of a commercial tower), the designer should nevertheless reserve ownership of its ‘background IP’.

Background IP can be broadly characterised as intellectual property rights or knowhow that the designer used to create the Design Documents (but this concept should be clearly defined). It is therefore important that the designer reserves the right to use such design techniques in respect of future projects. In this regard, the designer would be well advised to officially register any unique way that it has developed to undertake designs or unique design techniques and we note that this issue is particularly significant in the context of complicated output focussed projects (such as process plants). As the GCC region focusses on developing alternative energy sources in its landmark vision to shift away from oil, architects and designers are being commissioned to develop unique designs with respect to wind turbines or solar projects. With such designs requiring specific technical expertise, designers may attribute the implementation of their designs and technical drawings to pre-approved contractors. GCC Copyright laws reserve a set of rights; moral rights to creators so as to ensure the following entitlements:

It is worth noting at this stage that moral rights may not be waived or assigned as may be done in respect other Intellectual Property Rights.

Whether title to the Design Documents is transferred or a licence is granted, it needs to be considered whether either right should be linked to the owner paying for the Design Documents or if the right should be granted on creation. Designers obviously prefer the former approach but owners usually resist this on the basis that justified payment disputes may prevent it from using the Design Documents. However, we also have experience of designers arguing that rights to use their intellectual property rights should terminate in the event of termination of their engagement on account of the owner’s breach. However, this position is typically robustly resisted by owners, particularly if the owner has settled all dues to which the designer is entitled arising out of such termination.

A grey area arises, which needs to be carefully considered on a jurisdiction by jurisdiction basis, if the Design Agreement fails to address the issue of intellectual property. On one hand, the designer could credibly argue that no right to use its Design Documents is implied. However, the owner is likely to argue that its payments to the designer entitle it to use the Design Documents. This ambiguity can be difficult to resolve and has been the subject of formal dispute resolution proceedings. However, disputes of this nature can easily be avoided by clear drafting, which would be to the benefit of each party.

It is also usual for designers to be required to waive moral rights over any designs; by way of background the Berne Convention anticipates that designers have the right to be acknowledged as the author of the design in question but owners invariable delete this right.

It is important to remember that parties other than the owner may need to use designs and, as such, intellectual property rights need to be addressed in third party rights’ contracts, particularly collateral warranties that are issued by designers in favour of key third parties such as funders, purchasers and key tenants of a project.

Intellectual property rights in the construction sector are very significant but, in our experience, they are not always given the attention that they deserve. We therefore recommend that all stakeholders ensure that the documents to which they are party set out a clearly drafted intellectual property regime.