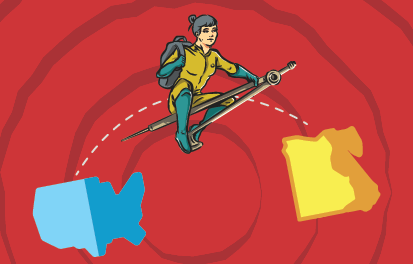 Law No. 162 of 2018 (the ‘Law’) and Ministerial Decree No. 4200 of 2018 (the ‘Decree’) pertaining to the establishment of International Branch Campuses (‘IBC(s)’) of foreign universities in Egypt provide two paths for foreign universities to establish an IBC in Egypt: (i) by applying directly before the Ministry of Higher Education (the ‘Ministry’); or (ii) by applying through an Educational Institution.

Educational Institutions are special purpose vehicles, established by virtue of a Presidential Decree, with a mandate to set up IBCs and handle all administrative issues relating to them. The Law and the Decree expressly prohibit Educational Institutions to grant any sort of academic degrees to students; the degrees are issued by the IBC with which the Education Institution has engaged.

Option A: Applying directly before the Ministry

In order to set up an IBC directly, the foreign university must present to the Ministry, among other documents: (i) a detailed study outlining the proof of legal ownership of the land, on which the IBC will be established, and the readiness of such land to host the IBC; (ii) a financial feasibility study detailing the IBC’s sources of income, flow of funds and budget; (iii) the proposed governance structure; (iv) a detailed study including the academic policies, syllabi, grading and examination schemes to be implemented in the IBC; and (v) a plan outlining the mechanism to be adopted to allow enrolled students to complete their studies in case the IBC is incapable of continuing its operations.

Option B: Applying through an Educational Institution

Additionally, the Decree mandates that a joint-stock company cannot become a shareholder in an Educational Institution unless its constitutional documents set out limitations on the disposal of the shares in any form, the change of the shareholding structure and the change in the company’s capital, without the Ministry’s prior approval.

The IBC or the Educational Institution (as applicable) will need to pay: (i) licensing fees amounting to five percent of its budget to obtain the licence; and (ii) a yearly service fee, amounting to two percent of the total annual tuition fees, payable to the Egyptian Government. Additionally, the IBC shall have the sole discretion of determining its tuition fees. However, such fees shall be quoted in Egyptian Pounds for Egyptian students. They may be quoted in a foreign currency for Non-Egyptian students. However, tuition fees cannot be raised above the rates of increase outlined to students prior to their enrolment.

In order to establish an IBC, the following steps need to be taken:

Ever since the issuance of the Law and the Decree, many well-renowned universities across the globe as well as Egyptian investors have expressed interest in setting up IBCs. This aligns with the Egyptian Government’s development of the New Administrative Capital.