Interest(ing) Developments: The Replacement of LIBOR 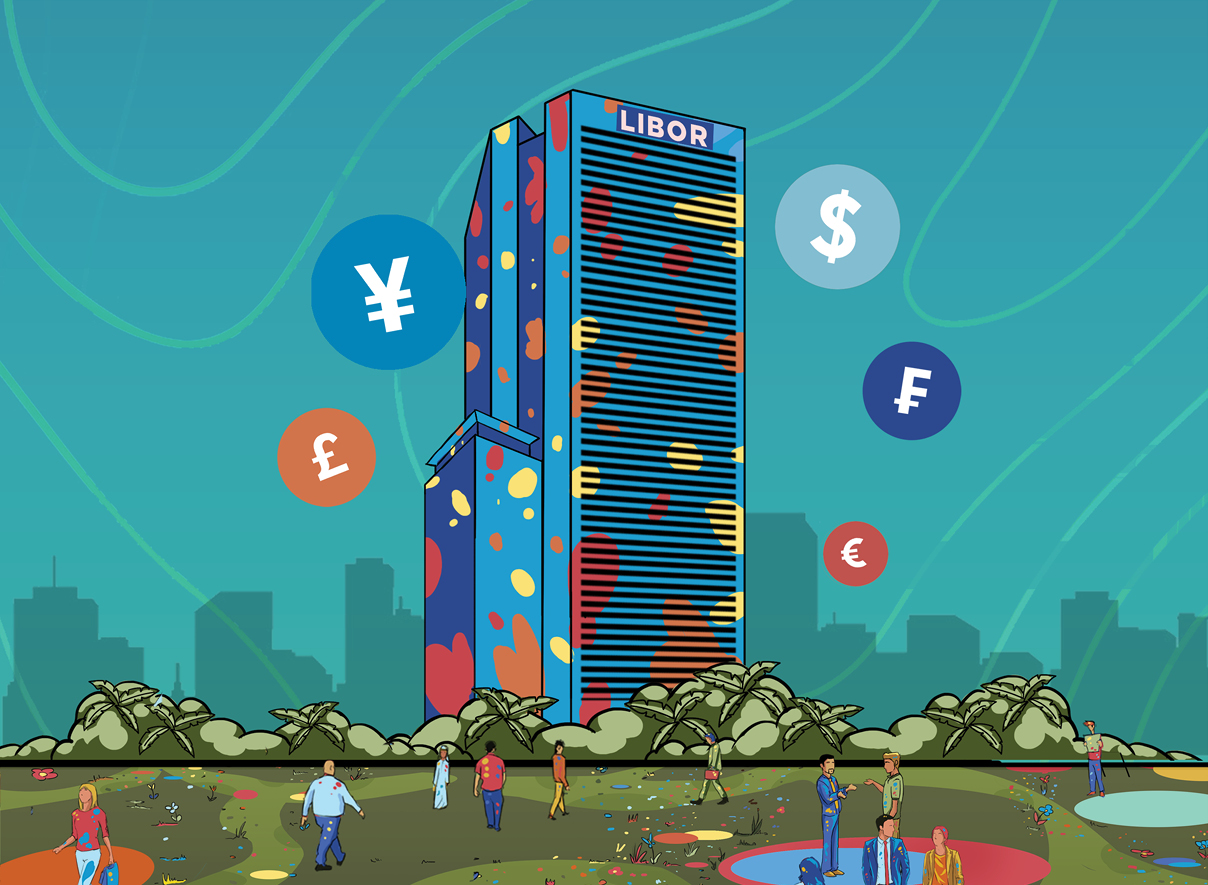 US$300 trillion. That is an almost incomprehensibly large sum of money, but what does it represent? The annual value of Saudi Arabian oil exports? No, that was loose change in comparison to 2018’s (less than) US$0.2 trillion. The total reserves of US dollars held by central banks around the world in 2019? No, that was only US$6.79 trillion. Perhaps then the entire gross domestic product of the globe in 2018? No, even that was a relatively trifling US$85 trillion in 2018.

US$300 trillion represents the aggregate value of financial contracts, from credit cards and car loans to incredibly complex derivative transactions that use LIBOR as the benchmark to determine the applicable interest rate. At the end of 2021 it is going to effectively disappear, so what will replace it?

LIBOR, or the London Inter-bank Offered Rate, has for the past half century been the benchmark by which interest rates financial products denominated in a variety of currencies have been set. It can be used not just for Sterling, but also US dollars, Yen, Swiss Francs and Euro for seven different tenors. LIBOR reflects the published rate at which banks and other financial institutions will lend to each other in a given currency and is calculated by aggregating rates provided by participating institutions. The underlying process for this calculation has changed over time, caused in part by well-documented attempts by certain institutions to artificially manipulate the LIBOR rate for their own profit. This manipulation led to financial regulators around the world imposing fines of over US$9 billion and revising the basis of calculation of LIBOR, designed to make the process more objective and to minimise the risk of interference. The current regime has an administrator for LIBOR, ICE Benchmark Administration Limited, which is responsible for testing and issuing the rates provided by 20 contributor banks, A so-called Waterfall Methodology is applied to set some fixed, transaction-derived data points to try to make the calculation as transparent as possible.

However, in July 2017 the head of the Financial Conduct Authority, the UK regulator, said that from 2021 onwards it would no longer compel banks to submit rate information to determine LIBOR. As a result of this, there is growing focus on what will replace LIBOR and, in particular, on the near risk-free rates (‘RFRs’) that have been selected for each of the currencies for which a LIBOR rate is currently issued. The RFRs are not simply replacements for LIBOR, as there are key differences in the basis of calculation, which will have significant implications for documentation.

The key differences between RFRs and LIBOR are:

The effect of these differences is that the applicable RFR is not the same as the equivalent LIBOR, typically tracking lower, though with a spread differential that varies through the economic cycle.

Considerations for New and Existing Transactions

The current situation, where it is known that LIBOR will cease to be the key pricing benchmark but a consensus as to how to address that, from a documentation perspective, has not been arrived at, is causing challenges across many types of transactions where LIBOR is utilised. This is equally applicable to existing deals as well as deals being documented or contemplated now.

Even though the RFRs for each currency have been identified and are already being published, how to amend existing documentation is causing a headache given the transitional period we are in. Market-standard documentation (such as those published by the Loan Market Association (‘LMA’) do contain fall-back provisions to deal with the non-availability of LIBOR, but these are considered to be short-term fixes and not acceptable lenders or borrowers for the longer term. In addition, current deals (especially loan financings) were typically priced by lenders on the basis of LIBOR plus a margin. Because RFRs are different, and usually lower than LIBOR, a reimbursement mechanism may need to be introduced or pricing adjusted to reflect the divergence in rates.

Currently there is no agreed approach to either how to amend existing documents, nor document new deals. Key market players such as the LMA are consulting with regulators, lenders and other trade associations such as the Association of Corporate Treasurers on the issue but for now there is no agreed method of dealing with the replacement of LIBOR. The LMA has published exposure drafts of a compounded SONIA based sterling term and revolving facilities agreement and a compounded SOFR based dollar term and revolving facilities agreement, but these are not recommended templates as of yet. Crucially, the LMA does not have a protocol system for amendments unlike, for example, ISDA, so a market consensus will need to be reached on how to deal with the new interest rate benchmark, and contract counterparties engaged in the process.

To facilitate the process of amending current deals which utilise LIBOR as the benchmark, the LMA has also published an exposure draft of a reference rate selection agreement for use in relation to legacy transactions and the transition to alternative reference rates. This is a proposed form for an amendment agreement which would sit alongside an existing facility agreement, enabling the parties to select an alternative means of calculating the applicable interest rate. The principle behind the exposure draft is to simplify the process of replacing LIBOR. Whilst not yet formally recommended by the LMA, anecdotally we are seeing this adopted by parties in order to amend existing facilities. One would expect a market consensus on the preferred approach will evolve.

There is also discussion about the overall method to be adopted to deal with the replacement of LIBOR: (i) the amendment approach, where the parties to an agreement agree the replacement methodology at the time that the new interest rate is adopted; or (ii) the hardwire approach, which will provide for a pre-defined alternative benchmark upon a defined LIBOR replacement trigger. Either way, the parties to the contracts will need to be actively engaged.

LIBOR is going to be replaced and, in the context of financial transactions, relatively soon. At the moment, there is no consensus in any of the financial markets as to how to address this replacement. It is crucial for lenders to have the flexibility to re-visit pricing so as to ensure its overall IRR is not impacted by a shift from LIBOR to RFRs. Equally, borrowers will want to ensure that they are not prejudiced by the change and need to ensure that documentation (whether that is via amendments to existing facilities or for transactions being entered into going forward) gives it the certainty in relation to pricing and availability of debt it needs. Preparations for the switchover will intensify over the coming months, so all participants in the market need to keep up-to-date and ensure that documentation and systems are ready for the change. Al Tamimi & Co will issue further client alerts to reflect the latest developments and to enable our clients to be prepared.