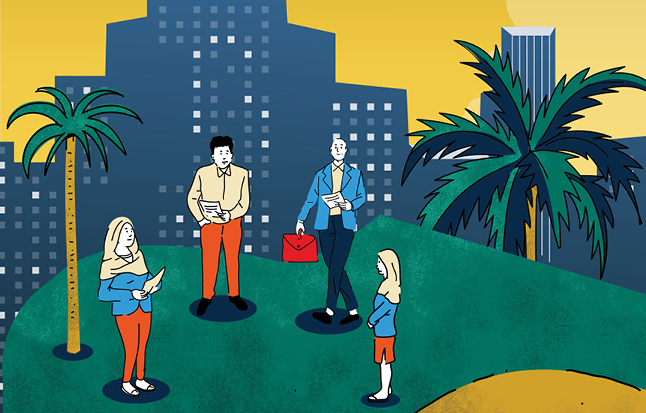 It is well established that all Egyptian nationals, regardless of their faith are bound by inheritance laws founded on Sharia principles, including Coptic Christians who make up more than 10 per cent of the Egyptian population. This is the reason behind the long-awaited ‘Christian Unified Law’, being a law that would govern all personal status matters relating to non-Muslims in Egypt. This law has been in the pipeline for decades; indeed the three major Christian communities in Egypt (Orthodox, Catholic, and Evangelical) first met in 1979 and agreed a first draft. However, despite the strong desire and intent for the Christian Unified Law to be finalised and enacted, it remains waiting in the wings (the current situation is that all Christian communities have completed their submissions except for the Orthodox) and that is what delaying the law and so judgments such as the recent Nasrallah judgment which this article discusses below are critical to ensure faith-based rights are upheld in the interim period.

Monday 25 November 2019 marked a historical moment for Coptic Christians since it was on this day that the Helwan Family Court (South Cairo) rendered a landmark judgment praised by many defenders of Coptic rights and in particular Coptic women’s rights in Egypt.

The judgment lays down the principle that an Egyptian Family Court may apply Coptic Christian Canonical principles, as opposed to Islamic Sharia principles, and determine the shares of the heirs accordingly. Coptic Christian principles do not distinguish between male and female heirs and therefore allow for equal distribution of the deceased’s inheritance amongst all of the surviving children. Contrast this with Islamic Sharia rules which stipulate that male sons get double the inheritance to that of their sisters when it comes to inheriting their parents’ estate. In order to understand how the judgment deviates from the ordinary course, it is important to understand what the ordinary course entails:

What procedures are usually followed when distributing inheritance in Egypt?

Articles 24 and 25 of the Law No. 1 of 2000 concerning personal matters, stipulates the steps to be taken following the passing of an individual, regardless of their faith, and these include:

Is this process acceptable to Coptic Egyptians?

The above process is generally acceptable to Coptic Egyptians, save for the determination of the shares enshrined in the inheritance law, which renders Coptic Egyptians subject to Islamic Sharia principles.

The succession orders issued by family courts for a Coptic Egyptian are issued (as with all other Egyptians) in accordance with Law no. 77 of 1943 regulating inheritances (‘Inheritance Law’) which provides for male children heirs to receive twice the share of the female children heirs.

The Court of Cassation affirmed this perspective, by stating that the interpretation of Article 875 of the Egyptian Civil Law and Articles 1, 4 and 6 of the Inheritance Law indicate that Islamic Sharia principles related to inheritance apply to all Egyptians, whether they are Muslims or non-Muslims, when determining the heirs and their respective shares.

How do Coptic Egyptians deal with the application of the Islamic Sharia in practice?

In practice, Coptic heirs receive the succession order but employ a widely accepted practice of dividing, by mutual consent, the deceased’s estate in equal shares.

There are two traditional forms used in order to determine the division of the inheritance in accordance with Coptic inheritance principles: the principles of Equality and Equity.

This Equity tradition find its roots in the Apostolic Age, where Christians sold their properties and donated the sale proceeds to their spiritual leaders. Other Christians would take from these monies only according to their needs, based on the principles of love as well as the fear of greed.

Why is the 25 November 2019 judgment such a landmark moment?

In short, because an Egyptian family judge applied Coptic Christian principles to an inheritance case rather than Islamic Sharia principles.

Huda Nasrallah, a Coptic Egyptian Human Rights Lawyer, was the driving force behind this recent judgment. After the passing of her father, Nasrallah received a succession order, issued in accordance with the principles of Islamic Sharia, awarding her, as one of the two heirs, the equivalent of half the value of the share her brother received from her deceased father’s estate. She decided to challenge the status quo, and requested the court to issue a succession order in accordance with the Coptic inheritance principles, and therefore award her a share equal to that of her brother.

In Nasrallah’s case, after her father’s death, the heirs filed a request before the Family Court, explicitly requesting the application of Coptic principles when determining the heirs and their respective shares. It was argued that the heirs mutually agreed on the equal division of the inheritance.

However, the succession order was issued in accordance with Islamic Sharia inheritance principles. As previously mentioned, the heirs would have been prepared to disregard the law and mutually consent to divide the inheritance. However, Huda Nasrallah refused to accept the prevailing legal status quo, which did not support this intention. This became a matter of principle for Nasrallah, and therefore she requested the Court to explicitly apply the Coptic principles when issuing a succession order.

Upon receiving the succession order which followed Sharia law, she filed a lawsuit requesting the annulment of the already issued succession order on the grounds that it contradicted the Constitution of 2014.

She based her arguments on two pillars: firstly, Article 3 of the Constitution giving the right to Coptic Egyptians to apply Canonic Laws as the main source of legislation for regulating, amongst others their personal status matters.; and secondly Article 1 of the Law no.25 /1944 concerning the applicable principles in inheritance matters which states that if the deceased is non-Muslim, the heirs have the right to opt for the application of their own Canonic Laws instead of Islamic Sharia.

Finally, Nasrallah requested that the inheritance should be distributed equally between male and female heirs, without any discriminatory division, according to the 1938’s Coptic’s Charter.

After a lengthy process, on Monday 25, November 2019, the Appeal Circuit of the Helwan Family Court, handed down its long waited Judgment. The Court decided to firstly: to nullify the succession order issued in accordance with Islamic Sharia; and secondly to apply the Coptic principles and distribute the inheritance equally between male and female heirs.

Does this Judgment establish a new principle?

This judgment is an important development in the area of succession law in Egypt which explains why it essentially went viral and became the subject of strong public opinion in a very short space of time, despite the fact that this was not the first precedent of its kind.

The judgment has brought to the fore increased dissent with respect to the application of Islamic Sharia principles to Coptic Christians’ inheritance cases and could have a direct impact on the much delayed issuance of the long awaited Christian’s Unified Law.

The Nasrallah case has proven to be a controversial decision; it brought discussions on a sensitive topic to the fore. From a legal perspective, Nasrallah’s arguments had a strong legal basis and rationale which led the Court to adopt her views granting equal legal rights to women in matters of inheritance, in keeping with Coptic principles of inheritance. From a social perspective, this precedent introduces a new chapter of Coptic Women’s rights in Egypt and might add further impetus for the issuance of the Christian’s Unified Law.