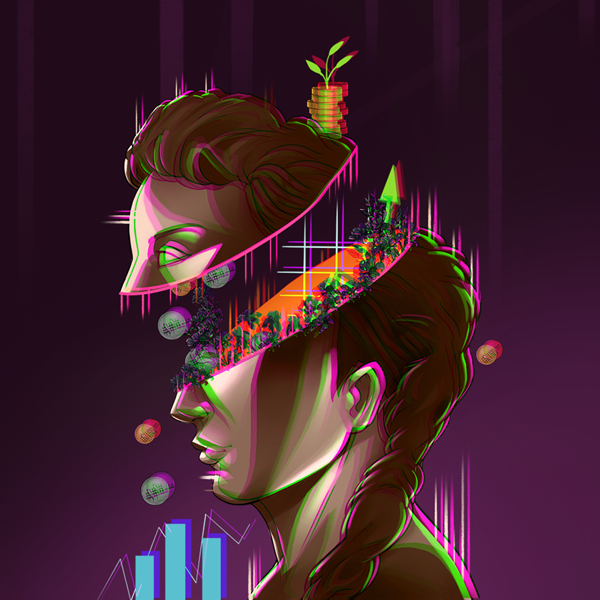 Public Private Partnerships (‘PPP’s’) comprise government ventures or private business ventures, the funding and operation of which are executed by means of a partnership between a governmental entity and one or more parties operating in the private sector.

In 2019, the Jordanian government proposed a new draft law to repeal and replace the Public Private Partnership Law No. (31) of 2014 (‘Repealed PPP Law’) with the Public-Private Partnership Law No. (17) of 2020 (‘PPP Law’). The PPP Law has now been approved in accordance with due process and is legally in force. This was perhaps done in consideration of the increasing significance and magnitude of PPP Projects in Jordan, as the PPP Law introduces more scrutiny and comprehensiveness to the overall PPP framework, as well as allocating a special fund to finance PPP Projects. The PPP Law is focused on reformulating PPP governance to make it more attractive for private investors, more extensive for Governmental Parties to utilise, and more efficient for the public to benefit from.

The purposes for legislating the PPP Law

Among the stated purposes for the legislation of the PPP Law is the adoption and application of best global practices to facilitate real partnerships between private and public sectors, shifting towards a more modern and certain partnership regime. Another purpose behind the PPP Law is the offering of superior services to Jordanian nationals through the established partnerships. To do so, the PPP Law aims to find an effective and transparent foundational framework for the spreading, specification, tendering and execution of PPP Projects, as well as provide a sustainable and successful financing mechanism to fund the study, development, preparation, tendering, assignment and execution of PPP Projects. Additionally, the PPP Law aims to specify the mechanisms for attaining governmental support in relation to PPP Projects, and provide a foundational mechanism to specify and administrate “Financial Commitments” (defined as the direct and indirect long-term financial effects of a PPP Project on the public budget) and emergency requirements which could arise from PPP Projects. Regarding governmental involvement in PPP’s, the PPP Law additionally aims to establish a PPP Projects Unit to offer help and technical assistance to governmental parties prior to and during the various stages of executing PPP Projects.

The PPP Law: a substantial change in PPP governance

The PPP Law restructures PPP governance into a more certain, stakeholder-friendly manner. Article 3 of the PPP Law outlines the objectives of PPP’s, not dissimilar from those in the Repealed PPP Law albeit more comprehensive in scope and more definitive in terminology. An example is the substitution of the requirement of feasibility, undefined in the Repealed PPP Law, with the requirement of realising “Value Added Against Money”, defined in the PPP Law as an additional economic revenue earned by the Project Company in favour of the “Contracting Party” which, for the purposes of the PPP Law is the Governmental Party to a PPP Agreement. The PPP Law maintains the minimum threshold for an entity to qualify as a Governmental Party, requiring a governmental shareholding percentage of not less than 50 per cent therein.

Article 4 of the PPP Law establishes a National Register for governmental investment projects at the Ministry of Planning and International Cooperation.

Article 6 of the PPP Law establishes the “Higher Committee” pursuant to a decision by the CoM. The responsibilities of the Higher Committee include, but are not limited to, the illustration of the general policy for PPP Projects and the specification of prioritised sectors and activities in that respect, the selection of qualified PPP Projects after reviewing initial reports pertaining to said project from the Ministry of Planning and International Cooperation, the Ministry of Finance, and the PPP Projects Unit, and the issuance of Instructions necessary to implement the PPP Law’s provisions.

Article 7 of the PPP Law establishes the “PPP Projects Unit”, a body replacing the PPP Unit established under the Repealed PPP Law. The PPP Projects Unit is accountable to the Prime Minister and operates largely to develop and oversee the standard PPP framework. The PPP Projects Unit is also authorised to provide technical assistance to Governmental Parties in relation to the preparation of feasibility studies and Financial Commitments Reports. Said feasibility studies, along with the PPP Project Unit’s recommendations, are then forwarded to the Minister of Finance. The PPP Projects Unit also revises PPP Agreement drafts and forwards them to the Higher Committee along with its recommendations, as well as submitting to the Higher Committee guidelines for endorsement in relation to PPP Agreements and their procedural dynamic.

Article 8 of the PPP Law establishes a special fund under the PPP Projects Unit’s authority, the purpose of which is funding the preparation of PPP projects. The special fund comprises amounts allocated by the government for PPP projects, as well as gifts, grants, facilities, donations and any other resources deposited into it, subject to the Council of Ministers’ approval for amounts received from non-Jordanian persons. The special fund shall be used to fund studies and reports pertaining to PPP projects, contracts entered into with consultants, the consultancy of experts, tendering processes, and costs which may arise after PPP agreements are signed. A Regulation shall be issued pursuant to the PPP Law which regulates all matters pertaining to the special fund, including the formation of a supervision committee.

Article 10 of the PPP Law establishes the “Technical Committee”, the role of which involves the holistic, financial management of PPP projects and the costs associated with them including, but not limited to, the assessment, overseeing and monitoring of Financial Commitments, the tracking of any public budget allocations for the benefit of immediately payable instalments and Financial Commitments arising during the execution of PPP projects and the governmental assistance required in relation to said projects, and the comparison between approved PPP agreements and their amended versions to ensure that no fundamental change occurs which alters the risk distribution, Financial Commitments, or suggested governmental assistance of the agreements’ respective PPP projects.

General provisions, liabilities and restrictions under the PPP Law

Article 11 of the PPP Law makes liable any party in favour of which a PPP project is procured to establish a company with the objective of executing the project (‘Project Company’).

Article 12 of the PPP Law allows any private party to submit a direct proposal for a PPP Project to any Governmental Party, sanctioning enlistment of the proposed project in the Register and its execution in accordance with the due process (referenced in Article 20(a) of the PPP Law to be issued via a Regulation pursuant to the PPP Law which specifies the stages of PPP Projects and the respective commitments pertaining to the involved Governmental Party and Contracting Party). Compared to its equivalent in the Repealed PPP Law, Article 12 of the PPP Law offers a clearer, less bureaucratic and less restrictive direct proposal process to the party submitting said proposal, facilitating the enlistment and execution of PPP Projects to cater for investment opportunities and the development potential associated with such partnerships.

Article 16 of the PPP Law makes any amendment or change of a fundamental effect to a PPP Agreement subject to the approval of the CoM based on the recommendation of the Higher Committee. Article 16 specifically targets amendments affecting the risk distribution with respect to the PPP Project, or the assumptions made in said Project’s feasibility study. Additionally, an obligation is imposed to terminate a PPP Project and reinitiate the tendering process if an amendment to such project increases the total costs associate with it by 20 per cent or more. This is a more restrictive provision than its predecessor in the Repealed PPP Law, Article 14(a)(2), which allows the Council of Ministers to approve an amendment causing a total cost increase of 20 per cent or more, subject to the percentage of change not exceeding 50 per cent in any case.

Article 17 of the PPP Law prohibits the President or any member of the Higher Committee, the Technical Committee, the PPP Projects Unit, the Governmental Party, the Contracting Party or the committees formed to execute PPP Projects, to participate in a direct or indirect manner in any PPP Project. This restriction applies to the aforementioned members’ spouses, children, first cousins and second cousins. This prohibition shall remain effective for a period of one year following the termination of membership or work in the aforementioned positions. Any respective member within the aforementioned categories must notify the President of the Higher Committee of any direct or indirect benefit which may accrue in favour of them, their spouse, children or first cousins, prior to commencement of the tendering stage of the relevant PPP Project. The President of the Higher Committee shall accordingly exempt any such member from working on the particular PPP Project under which this provision is triggered.

Article 20 of the PPP Law assigns to the CoM the drafting of the necessary Regulations to apply the provisions of the PPP Law including, specifying the stages of PPP Projects and the respective commitments pertaining to the involved Governmental Party and Contracting Party, setting the standard tendering procedure in relation to PPP Projects, the stages and procedures pertaining to PPP Projects the capital costs of which are less than the amount set by the CoM for these purposes, the primary provisions and conditions to be included in PPP Agreements, and the conditions and mechanisms in relation to executing PPP Projects submitted through direct proposals.

The PPP Law, given the growing commercial significance of PPP Projects, presents a tool of opportunity for the Jordanian government to collaborate with private investors for developmental projects. The fundamental restructuring of the Repealed PPP Law implies a necessity to find a more organised, compartmentalised framework, playing to the advantage of public, private and stakeholders involved in the PPP sector. A recognition of the value of PPP Projects can be seen in the allocation of a special fund to maintain PPP budgets. The Higher Committee and the PPP Projects Unit present more centralised, specialised and supervisory bodies than their predecessors, the PPP Council and the PPP Unit respectively. These new legislative controls, along with the other provisions the PPP Law propounds, create a potential for a dramatic evolution in the PPP sector.

The updated PPP framework potentiates numerous opportunities to fortify Jordan’s capital market, enhance the services provided to its nationals, and encourage investment and participation in the PPP sector, whether legal, economic or political.