How to fix ambiguities in legislative texts: a case study 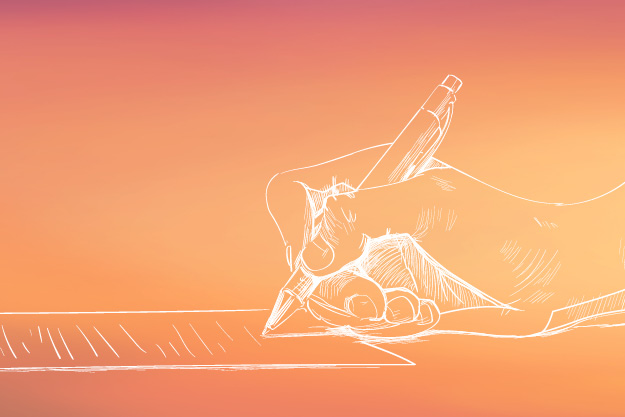 Legislative drafting is considered one of the most important specialisations in the legal field, as it concerns the external form of the legal rule from which the legislation or codification will be formed. Legislative drafting specialists should use technical tools and practices which enable them to transform a general legislative goal into a legal text which can then be consistently applied to the facts of a case or a set of circumstances. Therefore, proper legislative drafting should aim to eliminate ambiguity and make legal obligations and responsibilities clear to the public. This would help facilitate the application of the law in practice.

A cardinal principle of legislative drafting is to deliver accuracy and clarity through the use of correct linguistic and legal terminology. This would essentially revolve around the following:

The basic requirements for effective legislative drafting can be summarised in the following points:

Thus, when a statute is clear, the legislature’s real intention can be ascertained without having to resort to in depth analysis and interpretation. The UAE Ministry of Justice’s Fatwa and Legislation Department has expressed this as follows: “If the words of the text are clear, they cannot be departed from through further interpretation, because Interpretation must be carried out within the limits of the general rules of interpretation.”

Given the above, various factors can be identified as contributing to the clarity of legislation, most notably:

When the language of a law is ambiguous, the rules of statutory interpretation must be applied in order to remove such ambiguity so as to uncover the true meaning of the text. If this is not possible, the statute is consequently considered defective. It is then the responsibility of the legislature to intervene and take the necessary measures to amend, repeal, or replace the legislative text. Any other approach would create an overlap between the interpretation of the legislation with the enactment of the same. In other words, the role of the practitioner who interprets the legal text might change. Instead of clarifying the intended meaning of statutory provisions, the adjudicator might end up enacting a new provision, which is impermissible as it conflicts with the Separation of Powers Doctrine.

To clarify the principles above, we refer below to a practical case study in the UAE. The case study concerned blood money, (which is known as ‘Diya’), that may be paid in the event of wrongful death, as set in accordance with Sharia (Islamic law).

Federal Law No. (17) of 1991, as amended by Federal Law No. (9) 2003, concerning blood money contained vague language that was the subject of controversy in a judicial application. It was not possible to remove the ambiguity by applying the rules of interpretation, and consequently the legislature was forced to intervene to cancel it and enact new text that removed the ambiguity, uncertainty and lack of clarity of the original text.

“The diya for a wrongful death victim is fixed at AED 200,000 across the courts of the Emirates of the UAE.”

The UAE Courts had different views on the interpretation of the victim and whether it includes man and woman or only a man. Whereas the Dubai Court of Cassation held that women should be awarded the full diya payable to their male counterparts. The Abu Dhabi Court of Cassation, taking its cue from the Federal Supreme Court, prefers to award women half a diya. Divergent judgments have arisen due to imprecise drafting of the legislative provision regarding the determination of the rate of diya as exemplified by the following:

Rulings issued by the Court of Cassation in Abu Dhabi regarding the application of the Diya rulings in accordance with the said Law No. (17) 1991, stated that women would receive half the blood money awarded to men. The court maintained that the purpose of the said law is to determine the scale of the blood money payable; however, the specific payment would be determined in accordance with the principles of Sharia law. In particular, the term ‘deceased’ (in the legislative text) was general and for the purpose of stating that the compensation for blood money amounted to AED200,000 (approximately US$ 54.348.00). Accordingly, the Court of Cassation in Abu Dhabi ruled the following:

“1- The specification contained in law is intended, not as a positive intervention by the legislature to fix the amount of diya as a penalty, but rather as a monetary denomination of diya, 2- The term “victim,” as used in law (i.e. Federal Law No. 17 of 1991) does not denote gender neutrality in diya but is intended to define the principal amount of full diya. The diya would still be payable to its beneficiaries, in whole or in part, as appropriate, based on Sharia rules pursuant to Article 1 of the Penal Code which subjects had (fixed), qisas (retributive) and diya punishments to Sharia law as well as Article 1 of Law No. (3) of 1996 concerning Sharia Court jurisdiction over crimes.” (Cassation Court of Abu Dhabi – Cassation No. 429, 24.07.13, JY 25 (2012) Principle (71), (Federal Supreme Court – Cassation No. 370, 25.09.04, JY 25 (2004).

The Dubai Court of Cassation

Whereas the article no. (1) of Law No. 17 of 1991 amended by Law No. 9 of 2003 stated that “The diya for a wrongful death victim is fixed at AED200,000 (UAE Dirhams Two Hundred Thousand) across the courts of the Emirates of the UAE”. The term “victim” mentioned in the text means general term and includes all members of its gender and takes them all, which means the legislature aimed in this text to determine the amount of diya for a wrongful death victim without distinction between a man and a woman. Furthermore, the text was general without any evidence to allocate. Therefore, it must be applied generally and must apply equally to all individuals”. (Dubai Court of Cassation – Cassation No. 71- 10.02.2008).

Variation in judicial rulings regarding the amount of diya

It became clear that the basis for the difference in the rulings issued by the courts of the Emirates of Abu Dhabi and Dubai is the inaccuracy of drafting. The legislative text related to the provisions of the diya, as the term ‘victim’ was general and did not have a specific definition. As a result, the door had been opened to interpret the article as applying to male or female, especially since the text mentioned persons and did not mention men exclusively or explicitly. Furthermore, there was an absence of any reference in Article (299) of the UAE Civil Transactions Law which relates to compensation (diya or blood money) payable for any harm caused to a person, which would have resolved this matter and contributed to removing ambiguity in Article (1) of Law No. 17 of 1991.

Based on the above, the Emirati legislature recently responded to calls from jurists, and decided to repeal Law No. (17) of 1991 and consequently enacted a Law by Decree- No. (1) of 2019 fixing the diya payable for wrongful death. The new Law provides that:

“The diya for the deceased, whether male or female, is fixed at AED200,000 (UAE Dirhams Two Hundred Thousand).

The amount of diya specified in the preceding paragraph may be adjusted upward or downward by decision of the Cabinet taken on a proposal of the Minister of Justice.”

The new text avoided the wording defects which appeared in the previous laws, thus the accuracy of the new legislative text ended the extended dispute between the courts. The new text of Federal Law No. (1) of 2019 removed the ambiguity in the legislative text and resolved the discrepancy in the judicial rulings which has persisted for several years.

The above case study drives home the importance of precision and the use of clear language in drafting effective legislation. The imprecision of the legislative provisions on diya written into Law No. (17) of 1991 (repealed) resulted in variations in judicial rulings. Law No. (1) of 2019 has now clarified the matter by making a woman’s diya equal to that of a man’s, thereby settling the question and eliminating inconsistencies in court decisions across the UAE.