How to Avoid Huge Demurrage Invoices: A Practical Note for Charterers 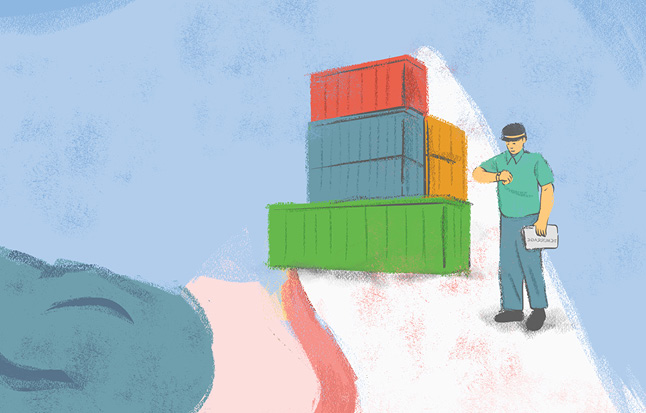 As global trade is stymied by a myriad of macro-economic headwinds, many in the commodity trading business are turning to increasingly high-risk jurisdictions to make a healthy profit. In pursuit of this aim, many of our local clients are fixing vessels in the Middle East/East African region for loading and discharge of cargoes in challenging ports and with difficult contractual counterparties. Whilst the fruits of such endeavours are tantalising, and often reaped, such voyages entail significant risk of delay during operations. Naturally, with the increased delay risk comes higher demurrage rates for charterers enjoying use of those ships. If caught on demurrage, it is quite common for charterers to see their profits from the transaction quickly erode and even disappear entirely.

This article examines the English law position on laytime and demurrage with a view to guiding charterers on some simple steps to take to mitigate exposure to demurrage.

The purpose of demurrage is to compensate the owner for detaining its vessel beyond the contractually agreed period for loading and discharge, known as “laytime” or “lay days”. A familiar maxim in English maritime law is ‘once on demurrage, always on demurrage’, meaning once the laytime has expired, the vessel is, usually, on demurrage permanently until completion of loading or discharge. It follows that the starting point for a charterer is to try to agree laytime that allows for a margin of delay and anticipates possible causes of delay.

This article focuses on avoidance of demurrage by reliance on an exclusion clause. However, with respect to fault-based avoidance, the general rule in English law is that it is implied that a party is not entitled to benefit from its own wrongdoing. It follows that a ship owner cannot seek demurrage for delay to loading or discharge operations for which it is at fault. Determining the presence of fault is fact-sensitive but guidance can be found in a significant body of English case law.

The first and most potent way of ensuring the demurrage is excluded in defined circumstances is to agree it with the owner and insert an appropriately worded clause into the charterparty. The ability to negotiate inclusion of effective exclusion clauses depends on the bargaining position of the parties, relationships and wider market conditions, but charterers can often help themselves by anticipating causes of delay specific to the concerned ports and parties involved.

As mentioned above, the starting point for charterers during negotiation of the charterparty terms is to try to secure the best laytime period possible. Thereafter, charterers should carefully consider the various possible causes of delay which could push charterers into demurrage. Using template terms in high-risk shipments leads to high demurrage invoices. This undertaking is by no means simple; it requires creative thinking, drawing on experience and pragmatism. Rarely will charterers be able to exclude demurrage with broad strokes, but narrower, defined risks can be avoided if clauses are worded carefully. Once delay risks are identified, charterers should seek to agree exclusions to demurrage in the charterparty.

Charterers may foresee risk of delay caused by third parties. Such delays would not normally interrupt demurrage. However, charterers may seek to do so, or at least reduce demurrage rates in certain circumstances. A non-exhaustive list of exclusions is set out below by way of example:

Additionally, rather than relying on the implied common law rule that owners cannot claim demurrage when they are at fault, charterers would do better to agree definitions of fault which, if occur, would result in the interruption of demurrage. For example, charterers could seek to include a clause whereby demurrage is interrupted where the vessel’s equipment breaks down. Alternatively, if the equipment breaks down but cargo operations can continue at a decreased rate, demurrage rate is reduced by a pro-rated figure. This approach brings clarity to owners’ entitlement to demurrage in fault-based situations.

When negotiating the inclusion of an exclusion clause, it is important for charterers to ensure the clause will be effective and enforceable should it be relied on. In doing so, charterers would be prudent to bear in mind the following three points:

Trading in high-risk jurisdictions with high-risk parties necessitates high demurrage rates. Consequently, charterers need to exercise greater foresight in anticipating the likely causes of delays in loading and discharging operations at specific ports with specific parties. Once identified, charterers should attempt to negotiate realistic laytime periods and, thereafter, effectively worded demurrage exclusion clauses to guard against crippling demurrage risks. In doing so, charterers will be better placed to retain profits from high-risk trading.