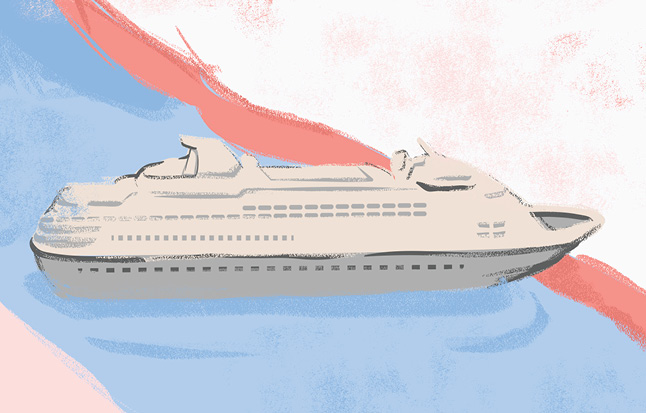 N.B. This article was first published in LexisNexis.

The Kingdom of Saudi Arabia has recently modernised its Commercial Maritime regime, with a host of new regulations, that will impact maritime contracts, debt enforcement, offshore platforms and ship agents in the Kingdom.

New Maritime Approach in the Kingdom of Saudi Arabia

The new Saudi Commercial Maritime Regulation was released via Royal Decree No. M33/1440 and published in the Official Gazette on 5, January 2019, together with Saudi Arabia Cabinet Decision No. 197/1440, which approved this Regulation which came into force in early July 2019. These regulations are part of the Saudi Government’s initiatives to develop the Commercial Maritime business in the Kingdom.

The previous legislation, Articles 150 to 431 of the Commercial Court Regulation, which governed commercial maritime business in Saudi Arabia, the Ports, Harbours and Lighthouses Regulation and its Executive Rule continued to apply until the new Commercial Maritime Regulation came into force.

These regulations are not the only recent change to Saudi Maritime Law. The Saudi Ports Authority also issued the new Ship Agents Regulations a few months ago which regulate the licensing of ship agents in Saudi Arabia, for both Saudi and foreign companies. What is particularly interesting about those regulations is that they now allow foreign investors to operate as ship agents in the Kingdom, subject to satisfying various requirements.

Under these regulations, ship agents must also follow certain procedures when dealing with cargo shipping, receipt and delivery, issuing bills of lading and dealing with shipping documentation. The Ship Agents Regulations are also part of the government’s efforts to develop this sector in Saudi Arabia.

The Saudi authorities hope that by allowing foreign investors to set-up 100 percent owned legal entities in the Kingdom and obtain a ship agent licence, it will help the Saudi market to become one of the most attractive global markets for foreign investors, which in turn will create job opportunities for Saudi nationals. The overall aim will help make Saudi ports a hub for international trade.

The New Commercial Maritime Regulation covers the nationality, registration and ownership of ships as well as bareboat chartered ship registrations, offshore platforms licensing, classification accreditation, shipbuilding contracts and ownership of new built ships and ship repairs. It also covers the creation, termination and transfer of ownership rights and looks at priority debts or maritime liens, their time limits and how they are extinguished.

There are also provisions on maritime mortgages, including how they are registered as well as ship arrests against maritime debts and details of their release against a guarantee. These include provisions on judicial execution ship arrest and sale, ship owners and managers’ liability and their limitations. In addition, the new regulation covers ship master authorities and obligations, shipping agent and freight forwarder rights and obligations.

Also included are provisions on marine insurance contracts covering both vessels and cargo liability, although a whole host of new maritime areas have been covered in the new Commercial Maritime Regulations which include marine pollution, collisions, towage, pilotage, salvage, ship agency and freight forwarding. Helping the new regulations is the modernisation of the regulatory language used. For example, there are now distinctive provisions on licensing offshore platforms, which is unprecedented compared to the maritime laws of other countries in the region.

In addition, ship arrest is now a precautionary procedure. This will also encourage local and foreign creditors to follow and arrest vessels in Saudi Arabia in order to secure and enforce their maritime claims.

Steps that must be taken by the Affected Entities

All affected local entities, or foreign investors thinking of investing in Saudi Arabia, should seek proper legal advice to ensure they are complying with these regulatory changes, particularly in areas such as ship registry and mortgage requirements under the new Commercial Maritime Regulation.

They should also be looking at the new ship agent requirements under the Ship Agents Regulation. Ship agents will have to also familiarise themselves with the new operational requirements when dealing with shipments and containers and the exact legal liability they are now exposed to. In addition, those who are seeking legal claims and recovery against any vessel trading in Saudi waters should start thinking of following the targeted vessels .

The Commercial Maritime Regulations regulate the legal rights and obligations of the parties to the maritime transaction and maritime claims and casualties. Part of this regulation provides regulatory obligations for shipping entities, and in this context, penalties will be applied for non-compliance. Relevant parties should therefore be aware of particular penalties. These include fines of between 100,000 and 1,000,000 Riyals for ship owners and managers (including bareboat charterers or masters) if their vessel flies the Saudi flag but is not registered in Saudi Arabia; likewise if they hide, blank out or erase any of the vessel’s details (unless this is done to avoid captivity).

Offshore platform owners, which could include bareboat charterers or managers, will also be required to pay a fine between 100,000 and 500,000 Riyals if they operate their offshore platform without the necessary safety requirements in place to protect personnel and the environment.

There are additional penalties under the Ship Agents Regulations too. For example, penalties are levied on ship agents who violate rules on licensing and business practices, who will have to pay a fine of 500 Riyals for every day after the expiry of the licence, until such time as a new licence is obtained.

Finally, if a ship agent does not deal with dangerous cargo under these regulations, they will be liable for a fine of 3000 Riyals for every day from the date of its arrival until it returns to its source. There are also fines to be aware of if port dues or supporting services are not paid within the period stipulated, which are calculated according to the value of the invoice.

The main aim of these new regulations is to enhance and modernise the legal framework for maritime business in the Kingdom and thereby enable business entities to have more comprehensive and effective legal tools and procedures to protect their rights. The new regulations also introduced new terminologies used in the modern day shipping industry to replace the existing 90 year old ones.

Now that the legal regime in this area is more in line with the international legal systems it will make international trade easier and more practical for those seeking enforcement of their legal rights in Saudi Arabia.