Getting to Grips with VAT Implementation

The introduction of VAT in the UAE at the start of 2018, was a major change for businesses, Shiraz Khan of Al Tamimi & Company looks back on how they should have tackled the implementation phase and what their priorities should be going forward.

In addition, the Federal Tax Authority (FTA), which was formed under Federal Decree-Law No. 13/ 2016 on the Establishment of the FTA is responsible for the administration, management, collection and enforcement of VAT and all other current and future Federal taxes. At present VAT and excise tax are the only taxes at the Federal level. Federal Law No. 7/2017 for Tax Procedures and Cabinet Decision No. 36/2017 on the Executive Regulations on Tax Procedures are also relevant in this context as they provide a procedural framework that is applied across all Federal Taxes. This includes details and requirements related to tax registra-tion, ﬁling of tax returns and settlement of taxes, tax audits, appeals and penalties as well as FTA and taxpayers’ rights and obligations.

The introduction of VAT was a major change for businesses operating in the UAE. In order to prepare for it, busi-nesses had to complete a number of steps before VAT came into force. These included analysing the impact of VAT on their operations and across many diﬀer-ent functions including Legal, Finance, IT, Human Resources, Procurement, Sales, Marketing and Strategy.

Businesses had to review and determine the VAT treatment of all their sales and purchase transactions and understand their resulting compliance obligations. In addition, they had to assess the capability of their existing IT system or software to produce automatic VAT reporting and consider if an upgrade would be suﬃcient or they would need a whole new system. It was also important for organisations to make changes to their business processes, including invoicing and record keeping so they were compliant with the new VAT legislation.

From a legal perspective, it was necessary to review existing contracts with customers to check if they needed to renegotiate contracts which had no VAT clause in order to avoid bearing any VAT cost. They also had to check that all new contracts dealt with the application of VAT and set out which party was responsible for bearing the VAT liability.

In order to achieve this objective and manage relationships with customers, communication with customers was required. It was also important to communicate with suppliers to ensure they were going to issue VAT compliant invoices which would facilitate the recovery of VAT. Finally, businesses had to evaluate the cash ﬂow implications and their working capital requirements as a result of now having to pay VAT before they received payments from customers.

All in all, a signiﬁcant amount of work had to be undertaken by businesses to be ready for VAT. In other jurisdictions such as Malaysia when a similar goods or services tax (known as GST) was implemented, companies there typically needed around six to 18 months to prepare for the change depending on the size and complexity of their operations and transactions.

Although some of the large multinational groups in the UAE began their preparations in 2016 or in the beginning of 2017, many businesses in the UAE took a reactive approach instead and decided to wait until the publication of the complete VAT legislation in November before taking any action. There was also an expectation or possibly a hope in the UAE business community that the implementation of VAT would be delayed by the UAE Government based on previous experience in the UAE. (Although, this was despite an indication from the FTA in early 2017 that VAT would be imple-mented on 1 January 2018 and the fact the VAT Law also conﬁrmed that VAT would be implemented by this date when it was published in August 2017.)

In hindsight, once the UAE Government had taken a decision to implement VAT on 1 January 2018 and this fact was conﬁrmed by the VAT law, businesses could have done more and been more proactive with their VAT preparations. VAT is not a new tax and it or a similar tax exists in more than 160 other countries around the globe. In addition, the UAE VAT law is is largely based on the EU VAT rules and Malaysian GST system. In addition, the GCC VAT Agreement on which UAE VAT legislation was based was also published in the ﬁrst half of 2017. So as far as the UAE is concerned, although the ﬁnal VAT Executive Regulations were not published until November 2017, most of the information in these regulations had already been made available by the FTA earlier in the year as part of an awareness campaign. So, a signiﬁcant amount of information was already available in the public domain even before the VAT Executive Regulations were published and it was suﬃcient to enable businesses to begin their preparations. In fact, most of the information in the VAT Executive Regulations was already known before these Regulations were issued. It would have been better for businesses to begin preparation before the VAT Executive Regulations were issued based on the known information at that time and then validate any assumptions or conﬁrm positions after the regulations were issued in November 2017. Unfortunately, in the UAE, many businesses took the wrong approach and instead waited for the regulations before even beginning this work which meant they only had one month to get ready. A few businesses were even taken by surprise by the introduction of VAT despite the fact the FTA, tax advisers and the local and business press had conducted an awareness campaign throughout 2017. 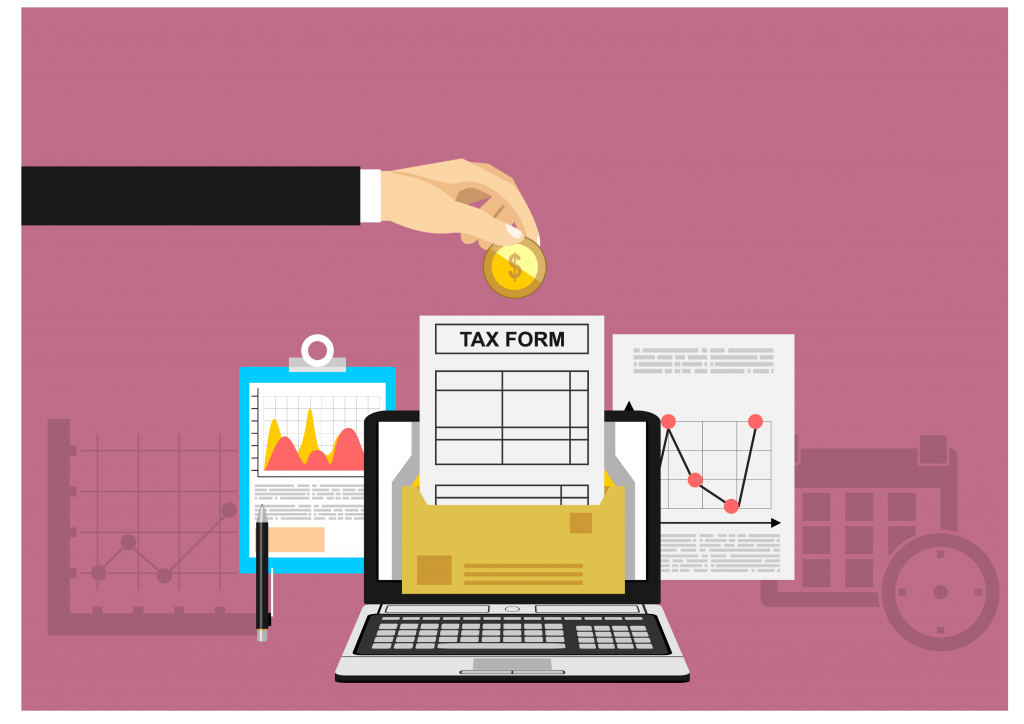 The Role of the Federal Tax Authority

Many businesses operating in the UAE appear to have misun-derstood the role of the FTA. The FTA is a new tax authority, the legislation establishing it was published towards the end of 2016 and it only began recruiting staﬀ in the middle of 2017.

As with any tax authority in mature tax jurisdictions, the FTA’s primary role is to administer, collect and enforce Federal taxes and apply procedures which are related to these taxes. Although it will issue technical guidance to the public on tax matters, like any tax authority, it is not responsible for advising businesses on their tax obligations or on the VAT implications of their transac-tions. Unfortunately, a number of businesses have not understood what the responsiblities of the FTA are and are currently trying to contact the FTA helpline or meet FTA representatives to obtain tax advice, although this is not part of their role. Like many tax authorities in other countries, the FTA, particularly as it is a new body, has very limited resources. With over 300,000 businesses now registered for VAT in the UAE, clearly it is not possible for the FTA to engage directly with all of them and provide tax advice particularly as this is not a part of their remit. As is the case in all other tax jurisdictions, businesses should seek tax advice from a reputable professional services ﬁrm rather than tax authorities.

The FTA have conducted a country-wide campaign to increase awareness, through a series of seminars on VAT introduction in 2017. Given their limited resources, the scale of this campaign has been impressive and is unprecedented even by the standards of more mature tax jurisdictions. Although, some businesses may disagree, it was never realistic to expect a new tax authority like the FTA to personally visit every registered business just to tell them VAT was being introduced. The onus was also on these businesses to speak to advisers and read the many articles which have been published in newspapers and business magazines on the subject.

It is easy to mistakenly assume that since the VAT legislation has been issued now, its interpretation will be straightforward and the VAT treatment of all transactions will be clear. In many countries where VAT has been in place for some time, guidance tends to be sought from the published practice of the tax authority in the form of public notices and circulars. Case law precedent is also relied on to check how the courts have decided cases with similar facts in the past. In such countries, VAT law continues to evolve and even decades after its implementation uncertainty remains, as such, the tax authorities in these countries continue to be involved in disputes with businesses, new cases on complex VAT issues continue to be heard by the courts and new schemes are introduced to take into account unique circumstances and industry speciﬁc issues. Similar developments can be expected in the UAE as the UAE VAT legislation has only been eﬀective for just over three months and there is currently no case law from which guidance can be obtained. It will also take time for the FTA’s practice to develop as they audit businesses’ VAT returns and encounter diﬀerent situations. In the future, the FTA will no doubt make further guidance available and new schemes may be announced to take account of diﬀerent industries issues. Any disputes with the FTA will be subject to a three-tier appeal system. Businesses who have a dispute with the FTA, will have the right to ask them to reconsider their decision, and the matter will then be referred to another inspector. An objec-tion against the FTA’s reconsideration decision may then be made to an independent tax disputes resolution committee made up of a judge and two tax experts. Appeals may be made against that committee’s decision to a competent court.

What should businesses do now?

As VAT has been implemented and ﬁling deadlines are approach-ing, the focus for businesses has shifted from VAT implementa-tion to the preparation of their ﬁrst VAT return. Companies are currently trying to identify and conﬁrm the VAT treatment of their transactions so they are able to ﬁle a complete and correct tax return. The completion of the tax return may seem a simple, straightforward task, but the department (and in some cases the individual) within the organisation who ﬁles the return on behalf of the business will be held responsible for the tax positions taken in that return regardless of whether the compliance work was outsourced. The relevant department will usually be the tax department, but it could be the legal or ﬁnance department. Given VAT is a new law, there may be uncertainty on many technical posi-tions which could create risk and this has to be taken seriously as penalties for non-compliance, including incorrect tax returns, could be as high as 300% of the tax amount due. Therefore the person responsible for this area must proactively manage this risk by obtaining professional tax advice from a reputable ﬁrm if there are uncertainties and should also document this advice for internal risk management. Going forward, it will be a challenge for FTA, tax advisers and businesses to interpret and apply the provisions of the new VAT legislation. Although VAT will involve a compliance cost for businesses, given the potential risks and penalties, it is important when ever there is uncertainty, busi-nesses work with a trusted tax adviser and navigate logically through any areas of doubt.

NB: This article was first published on www.emirateslaw.ae on April 2018