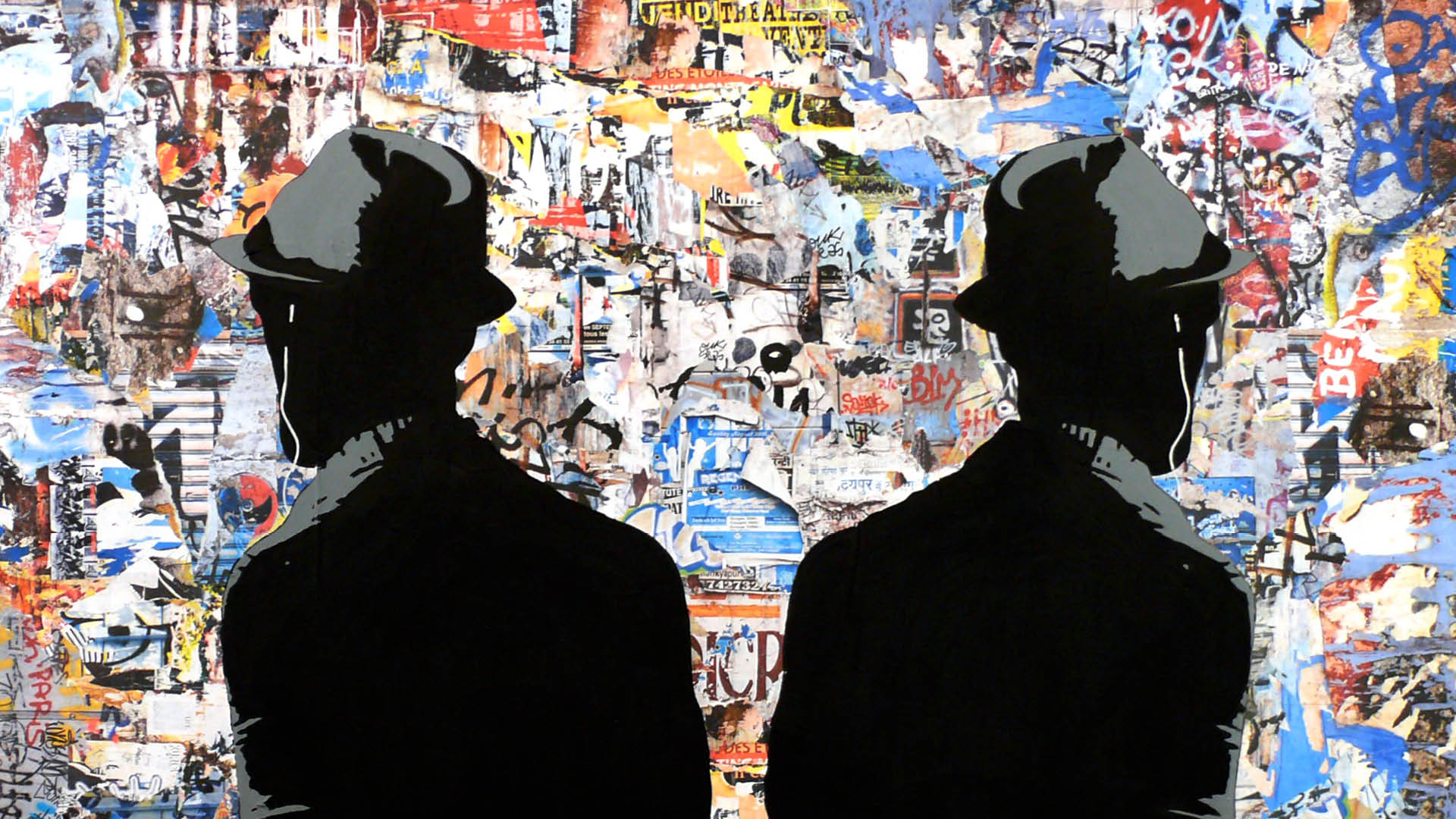 All too often, international headlines bring news of another corporate leviathan facing scrutiny and reprimand for its business practices. From corruption investigations to anti-money laundering breaches and sanctions circumvention, wrongdoing in the name of business is uncovered across countries and continents. In recognition of financial crime’s devastating effect on economic security and business integrity, many countries have developed legislative tools for exposing and punishing these offences, even in instances where schemes extend far beyond the borders of their own jurisdictions. As a result, companies can find themselves caught in overlapping investigations, either as a result of joint inquiries launched by co-operating agencies, or facing consequential attention from new jurisdictions sparked by the findings of earlier investigations.

Even in circumstances where settlements are reached with foreign law enforcement agencies, companies must be wary of how authorities in the countries where the wrongdoing took place will respond to the discovery of potential criminal activity within their jurisdictions. When settlements involving record fines are published for the world to see, information about the broad nature and geographical spread of the schemes are also brandished in justification, signalling the weak points where authorities have failed to prevent unethical or illegal business practices. The sums attached to modern settlements have reached heights well into the billions of US dollars, yet rarely do these funds find their way back to the countries that have been compromised by the original act.

When companies that have reached settlements with one or more foreign agencies then become the target of new investigations, agreements with other governments are an ineffective shield against the lancing inquiries of locally aggrieved authorities. Understanding the approach of the local authorities when conducting an investigation, as well as their expectations, is the first step to managing legal risk, and is critical to anticipating the challenges that may arise in balancing any competing requirements and obligations deriving from separate investigations. In the Middle East, in particular, the authorities are armed with extensive powers to investigate suspected offences, and a careful strategic approach is required for companies to defend themselves on a new front.

Continent-spanning investigations into alleged corruption offences pose a particularly potent risk to companies due to the titanic pieces of foreign legislation that grant sprawling jurisdiction to authorities of other countries. The United States Foreign Corrupt Practice Act (‘FCPA’) and United Kingdom Bribery Act (‘UKBA’) particularly are notorious for both their ability to ensnare the activities of companies across the globe and for the astronomical fines they can bring. In the Middle East, the prevailing model is that corruption investigations are spearheaded by dedicated authorities that are charged with defending the integrity of the national system. National anti-corruption and integrity bodies are granted special powers and authoritative independence to look into allegations of corruption. Each country in the Middle East has its own apparatus to pursue corruption offences and local companies leave themselves exposed to additional risk if they dismiss their relevance in the face of attention from international investigative agencies.

With advanced transparency measures and protections being enshrined into law in many jurisdictions, whistleblowers are increasingly playing the incendiary role in investigations. US laws particularly are famed for the incentivised approach given to whistleblower protections, creating a culture of reward for individuals who provide information about the potential wrongdoing of companies. In the Middle East, however, whistleblower protection or ‘speak up’ policies are at a more incipient stage of development. Saudi Arabia, for example, cuts a solitary figure as one of few jurisdictions that offers limited monetary reward for individuals who report offences but has only recently introduced new legislation that protects whistleblowers against retaliation for reporting offences involving public corruption. In the UAE, Federal Decree No. 20 of 2018 on Anti-Money Laundering and Countering the Financing of Terrorism (‘AML Law’) contains early indication that whistleblower protections are germinating within the UAE legal framework, empowering the Public Prosecution to protect informants and witnesses in AML/CTF cases where they come under threat for their involvement in ongoing proceedings. Whilst this does not yet address more comprehensive protections propagated by advanced whistleblower legislation, there are indications that the UAE authorities are taking steps to strengthen this capacity. The Federal National Council’s Committee of Defence, Interior and Foreign Affairs is in the process of deliberating a draft bill that would protect witnesses and informants in criminal cases, particularly where their physical safety or that of their family may be threatened. Currently, there is no centralised, significantly developed source of whistleblower protection in the UAE, despite there being a positive reporting obligation for those with knowledge of a crime under Law No. 3 of 1987 (as amended) promulgating the UAE Penal Code, so this bill, once introduced, would be a significant advancement in terms of attempts to encourage reporting.

Where international investigations have been triggered by whistleblower reports abroad and evidence of wrongdoing is uncovered in a Middle Eastern country, local companies will need to carefully consider their reporting obligations to domestic authorities.

The seminal question of every investigation is ‘what happened?’ Establishing a firm factual background for a course of events that has already been subject to an investigation may seem a relatively simple exercise, but issues around access to information can prove to be highly problematic. Information obtained as part of an investigation, due to its inherent sensitivity and by definition, is often subject to strict confidentiality requirements imposed by the investigating authorities. More often than not, companies will form small internal groups at the very top level to co-ordinate with the authorities on the investigation, and any information and work product derived from this activity is kept locked in a very strict silo. This approach is intuitively sound from both a legal and reputational risk perspective, as strict control over internal access to information is the most effective means in mitigating the risk of any information security breaches. The rationale may also be informed by data privacy considerations, where extraterritorial application of international laws restricts the transfer of certain information by custodians in other countries, and conflated requirements imposed by domestic legislation compounds concerns. Where there is an additional line of inquiry however, probing at other parts of the corporate body and foreign operations, closing internal flows of information runs the risk of leaving a foreign subsidiary dangerously exposed.

This can be a particular issue, for example, where the headquarters of a company, the locus of control and information, is far-removed from the jurisdictions where subsequent investigations are happening. A lack of understanding around the legislative regimes that bind companies operating in foreign jurisdictions does little to alleviate the impression of legal pre-eminence where there is an existing settlement, which materialises as a reluctance to share sensitive information with subsidiaries, despite facing legal requirements to co-operate with ongoing domestic investigations.

As a result of these issues, local subsidiary companies, representative offices or branches can find themselves largely in the dark about the details of the schemes for which they are facing censure, which makes risk management and contingency planning exceptionally difficult. In such circumstances, the importance of transparency between the separate organs of a corporation is paramount. Whilst the nuances of the disclosure strategy can be managed, without effective information sharing between internal stakeholders and decision makers, efforts to co-operate with the authorities will be curtailed and companies may end up doing more harm than good to their situation.

Over time, being the subject of a long-term investigation can cause an incurable case of tunnel vision for corporate entities; sustaining a myopic focus on resolving the investigation and satisfying any requirements in that respect can lead entities to overlook their domestic obligations in host countries where an offence has taken place.

Flagship anti-corruption legislation from countries such as the United States, United Kingdom and France are lauded and infamous in equal parts for carrying significantly heftier fines that can be levied against corporations. Whilst these fines can be effective deterrents against the commission of corruption offences, they can also evince a perception of lower risk in other countries and a de-prioritisation of risk management efforts even where subsidiaries are facing investigation. Whilst many countries across the Middle East have made strides in developing their anti-corruption framework, the penalties applied by criminal provisions in regional countries differ greatly to the international front-runners in terms of both applicability and scale. Where corporate fines are leveraged in international laws as a general rule, Middle Eastern jurisdictions favour approaches that assign culpability to representatives of the companies, i.e. individuals.

Differences in the legislative approach, however, should not deter companies from paying close attention to the local provisions. The existence of ongoing investigations or previous settlements may not be accepted by local authorities as justification for non-compliance with reporting requirements or non-adherence to information requests. Authorities in Middle Eastern countries have strong powers to request and retrieve information; UAE law for example contains strict provisions around the investigative powers of local authorities and no grounds are provided for companies to refuse to comply with requests for information and local entities will face full exposure to the applicable domestic laws if they do not respond to local enquiries in a timely, transparent and co-operative manner. This is true even where there has been a direct instruction by a foreign authority not to disclose information that forms part of an investigation. Whilst in some circumstances savvy management has taken a decision to create a global response strategy, it is equally frequent that the initial planning of crisis management steps is limited to the immediate risks, and do not adequately cover jurisdictions of secondary concern. Likewise, pre-agreed crisis management responses designed by the parent company following a high-profile settlement often do not integrate different elements of the strategy with legal considerations.

In light of an increasing ability for media to drive responses to international investigations, public relations campaigns often take precedence in mitigating reputational damage. Where this is co-ordinated at the parent company level or with the approval of foreign investigative authorities, it often misses the nuances of the local perspective, and can fail in protecting the reputation of the local entity. Efforts to distance the parent company from the centre of the wrongdoing, for example, may lead to a strategy that concentrates on framing the offences within a specific jurisdiction, without having adequate regard for how this will influence market perception on the ground. Similarly, using language that implicates the complicity of a local entity will likely add further fuel to the appetite of the domestic investigative authority to initiate local inquiries, igniting interest in previous conduct and potentially turning them into a public example. Whilst any investigation is likely to bring about some reputational damage, understanding the extent of the exposure from a legal perspective and the view of the authorities in subsidiary jurisdictions is essential to an effective response strategy.

These menaces to strategic planning are indicative of the issues that may be encountered by international companies facing multiple investigations, but are far from exhaustive in their scope. The kaleidoscope of issues that can arise during periods of inquiry are often difficult to anticipate, and even harder to address in a manner that gives comfort to the authorities without a comprehensive global strategy. Companies that find themselves caught in the riptides of overlapping or consequential investigations need to pay equal heed to the forces that pull them in different directions to ensure that they can keep their head above water and emerge on the other side intact. 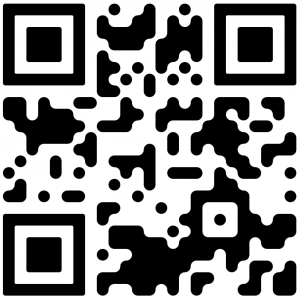 Collage and acrylic on canvas