Double Trouble? The Relevance of the FCPA in the Middle East

Generally, emerging markets seem to be in the spotlight when it comes to Foreign Corrupt Practices Act (‘FCPA’) enforcement. The US law, enacted in 1977, is known for its long arm also encapsulating operations in the Middle East as a result of its broad extraterritorial reach. In the history of the FCPA, several actions have related to FCPA infringements in the Middle East and North Africa with conduct relating to Iraq, Saudi Arabia and Egypt leading the FCPA prevalence figures in the region. In 2018, the Middle East was leading the global enforcement statistics as a region, whereas in 2019 the weight seems to have shifted more towards Africa. Globally, China is the undisputed number one target of the FCPA investigations with 67 cases relating to conduct involving China during the history of FCPA.

Whilst Al Tamimi & Company is a regional law firm and does not advise directly on US legislation, we have commented on the relevance of the FCPA for Middle Eastern operations, as it is of significant import for some local businesses. The purpose of the FCPA is to make it unlawful for certain classes of persons and entities to make payments to foreign government officials to assist in obtaining or retaining business. The FCPA explicitly governs bribery targeting foreign, i.e. non-US, officials, meaning that FCPA related investigations conducted by the US authorities span across the globe. The US Department of Justice (‘DOJ’) and the Securities and Exchange Commission (‘SEC’) are jointly responsible for enforcement of the FCPA. The DOJ and SEC partner with the Federal Bureau of Investigations (‘FBI’) which has a special International Corruption Unit to oversee the investigations involving global fraud against the US Government and the corruption of federal public officials outside of the continental US. The International Corruption Unit oversees the FCPA cases investigated by the FBI and maintains operational oversight of several International Contract Corruption Task Forces investigating and prosecuting both individuals and companies who have become involved in not only direct bribery but also bid rigging, conflict of interest, items or services invoiced without delivery and other corporate conspiracies.1

According to the SEC, the FCPA covers prohibited conduct everywhere in the world. The scope of application of the FCPA includes publicly traded companies and their officers, directors, employees, stockholders, and agents. Agents refers to consultants, distributors, agents and any other business partners.2 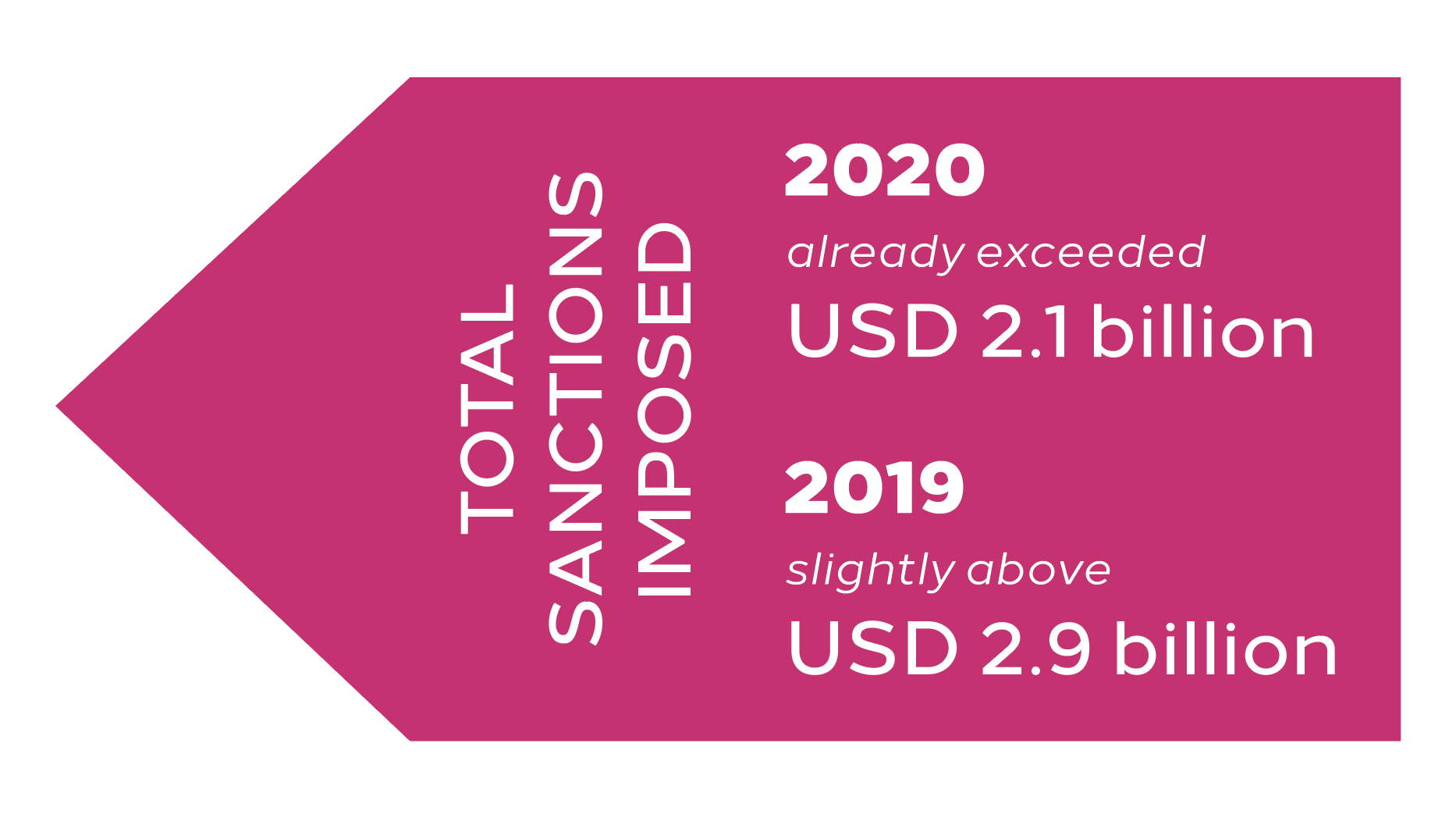 The network of US authorities working on international corruption matters is rather heavy, yielding an average monthly investigation cost of US$ 1,855,032 for the US Government. Despite the costly organisation, it seems that the investment pays off. In 2020 alone, the total sanctions imposed so far have already exceeded US$ 2.4 billion, whereas the total figure in 2019 was slightly above US$ 2.9 billion. 2016 was a record year in the history of the FCPA, with the total value of sanctions amounting to US$ 6.1 billion. Observing the history of the FCPA enforcement, the sanctions trend has shown a marked increase, which entails a greater risk for companies which fall within the remit of FCPA enforcement. It can be concluded that the FCPA generates a relatively lucrative annual income for the US Government covering illegitimate practices all around the world, including the Middle East.

From the perspective of businesses operating in the Middle East, the key take home from the statistics is the fact that in addition to bribery, other misconduct is regularly discovered in connection with FCPA investigations and therefore the most efficient way to tackle corporate crime related risks is to focus on all encompassing compliance policies to prevent all kinds of wrongdoing and avoid costly sanctions.

FCPA-related fines are usually hefty and the cases attract global publicity. The DOJ and SEC both usually publish a press release once a FCPA investigation that attracted significant media attention, is concluded. Subject to the wide publicity, Middle East related FCPA cases will not escape the vigilant eye of the local anti-corruption and law enforcement authorities. Therefore, in the aftermath of a FCPA investigation, it is very common for local anti-corruption authorities to kick off an investigation of their own, provided that a jurisdictional nexus exists.

As discussed above, in order for a company to breach the FCPA it does not need to be based in the United States. Jurisdictional considerations aside, it should also be noted that a company may be in breach of the FCPA even if no dirty money has been requested, promised or paid. A mere failure to maintain sufficient records of payments may amount to a FCPA violation entailing criminal liability, which may come as a surprise to companies who are unaccustomed to the provisions of the US statute.

The anti-bribery provisions of the FCPA specifically prohibit the wilful and corrupt use of any “means of instrumentality of interstate commerce”, such as emails, in furtherance of any offer, payment, promise to pay, or authorisation of “anything of value” to any person, while knowing that all or a portion of such benefit of value will be “offered, given or promised, directly or indirectly, to a foreign official to influence the same” in his or her “official capacity, induce the foreign official to do or omit to do an act in violation of his or her lawful duty, or to secure any improper advantage” in order to assist in obtaining or retaining business for or with, or directing business to, any person.

The accounting provisions of the FCPA require entities covered by the provisions to “make and keep books and records that accurately and fairly reflect the transactions of the corporation” and “devise and maintain an adequate system of internal accounting controls”. A breach of the accounting provisions alone is a FCPA violation even if there is no evidence of the anti-corruption provisions being breached. In most Middle Eastern jurisdictions, however, anti-corruption is predominantly regulated in penal codes or separate anti-corruption laws which criminalise active and passive bribery. Transparent record keeping obligations, which would render insufficient accounting a criminal offence similar to that of the FCPA, are usually not embedded in the penal codes.

FCPA anti-bribery provisions and accounting provisions entail a different territorial reach. The anti-bribery provisions of the FCPA apply to all US persons and certain foreign issuers of securities. Moreover, since the 1998 amendments to the FCPA, the anti-bribery provisions also apply to foreign firms and persons who cause, directly or through agents, an act in furtherance of a corrupt payment to take place within the territory of the United States. An act that takes place within the territory has a relatively broad interpretation. For example, according to the FCPA Guide jointly published by SEC and DOJ, placing a telephone call or sending an e-mail, text message, or fax from, to, or through the United States involves US interstate commerce. Sending a wire transfer from or to a US bank or otherwise using the US banking system is also enough to create a territorial nexus triggering the application of the FCPA. As a result, the territorial reach of the FCPA may be triggered e.g. by a payment made in US dollars.

The accounting provisions entail a much narrower scope of territorial application and apply to companies that have securities listed in the United States. Therefore, a company registered in the Middle East the securities of which are not listed in the United States, does not need to comply with the accounting provisions, but depending on the business activities, the company may become subject to the anti-bribery provisions. 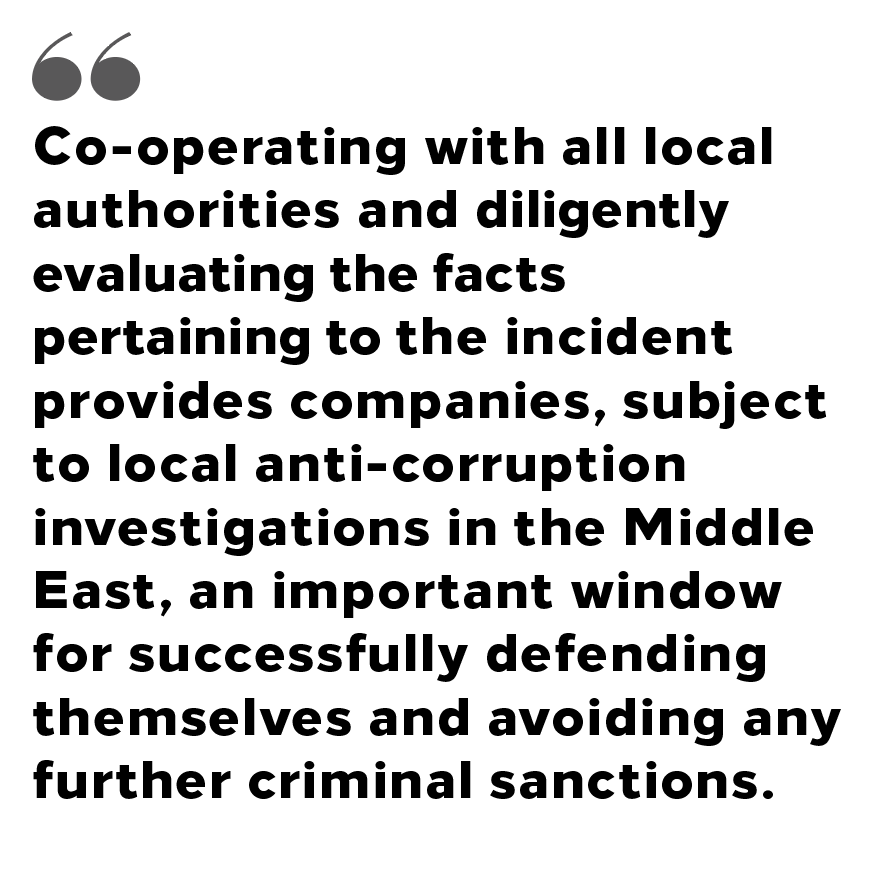 Double Trouble: Spin Off Anti-Corruption Action in the Middle East

FCPA investigations are often concluded with an agreement with the US authorities unless the parties wish to go through a full trial procedure. So, what if a company has been a target of a FCPA investigation has decided to plead guilty to its conduct in the Middle East and shaken hands with the US Prosecutor. Is it time to lay back and relax?

Providing undeserved gifts or privileges to public officials in exchange for performing an act or abstaining from performing such an act in breach of their duties is a criminal offence in Middle Eastern jurisdictions. For example, bribery of a public official is criminalised in Article 237 of the Penal Code. Similar provisions can be found in the penal codes or anti-corruption laws of Saudi Arabia, Kuwait, Egypt, Qatar, Bahrain and Oman, which apply similarly drafted, broad scope for bribery offences. In some jurisdictions, there are also sector specific anti-corruption regulations covering certain vulnerable sectors, such as healthcare and public procurement.

Broadly speaking, local authorities have jurisdiction to investigate all offences that have taken place within their territory. This is irrespective of whether a foreign authority has assumed concurrent jurisdiction and the matter has already been litigated abroad. In the absence of a bilateral or multilateral treaty preventing double jeopardy, it is possible that authorities in two different countries may have concurrent jurisdiction over the same matter. At worst, this double jeopardy may result in double penalty.

If companies hear the local Middle Eastern anti-corruption authority knocking on their door right after they have settled their matters with the US watchdog, the situation may not seem as desperate as they seem. As an initial step, attention should be paid on the difference between the anti-bribery provisions and the accounting provisions of the FCPA elaborated above. Whilst preparing for the worst, it is advisable to carefully review the facts of the US investigation and, in particular, the conduct to which the company has pleaded guilty in order to determine whether the conduct is in breach of the bribery provisions or the accounting provisions of the FCPA.

As elaborated above, certain conduct may be evaluated by the law enforcement authorities of different jurisdictions that operate under differing national legislations. Conduct that amounts to a criminal offence under one legislation may not be penalised under another, of which the difference between the FCPA bribery provisions and the accounting provisions is a prime example. Co-operating with all local authorities and diligently evaluating the facts pertaining to the incident provides companies, subject to local anti-corruption investigations in the Middle East, an important window for successfully defending themselves and avoiding any further criminal sanctions.

Therefore, a company is not precluded from building a solid defence against local anti-corruption charges in a Middle Eastern jurisdiction by invoking the difference between the FCPA and the local legislation, provided that it is only the accounting provisions of the FCPA that have been breached in the US proceedings. If the company has pleaded guilty to breaching the FCPA anti-bribery provisions, the situation is more complex and the details of the admitted conduct need to be looked at more carefully to determine if jurisdictional or factual arguments could assist challenging the charges in the Middle East.

It is advisable for companies to internally investigate any corruption related allegations and consider proactively reporting them to authorities. It should also be borne in mind that in various Middle Eastern jurisdictions such as the UAE, a failure to report a crime is a criminal offence. Moreover, the limitation periods in criminal matters tend to be rather long and the authorities may be able to investigate the allegations that date back a rather long time.

Therefore, a truly global and multijurisdictional risk management strategy appreciating the legislative requirements of each involved jurisdiction should be adopted, instead of putting out fires jurisdiction by jurisdiction. It goes without saying that proactive prevention of bribery, paying attention to any potential conflict of interest, training staff and proper record keeping are the best tools to prevent these unpleasant and extremely costly incidents resulting in long investigations and hefty fines. 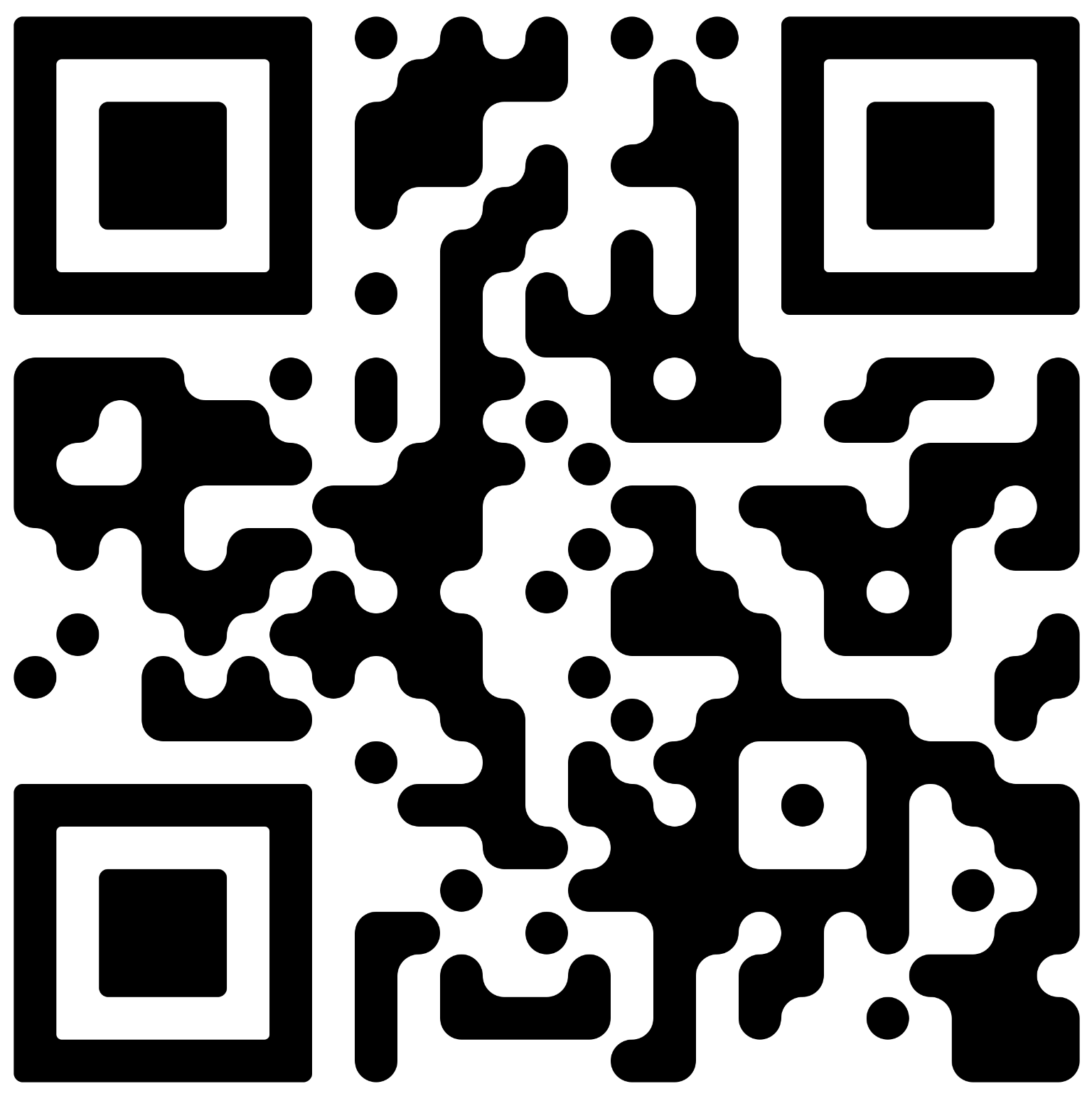 Ink and pen on paper