Aviation Delay: Extension of Scope of Applicability of EC 261 for Long Haul Flights and Multiple Carriers

Gulf carriers flying to and from European Union (“EU’) Member States are well aware of the provisions of EC Regulation 261/2004 (“EC 261”) and the potential liability which may be incurred in the event of:

EC 261 has now been in place for more than a decade, and there has been a continually evolving body of case law from EU Member States’ courts as well as from the European Court of Justice (“ECJ”) in that time. This body of case law has expanded the scope of the application of EC 261, and has strengthened the rights of passengers to claim compensation for proven delay.

Two years ago in June 2016, the European Commission published The Interpretive Guidelines on Regulation (EC) No. 261/2004 (“the Guidelines”) as a guidance document for EU national enforcement bodies (invariably the Civil Aviation Authority of each EU country) with a view to offering clarity on the enforcement of existing passenger rights’ legislation, and to provide a summary of the various decisions of the ECJ. It is clear that, in the last two years, decisions from EU Member State courts, as well as the ECJ, appear to be increasingly following the ‘passenger rights’ focused approach as suggested by the Guidelines when interpreting EC 261.

The Guidelines were not intended to be a substitute for the role of the court system, but rather were intended to give guidance, and to be viewed as ‘persuasive‘ regarding the interpretation of EC 261.

Under Article 7 [2] EC 261, if the carrier offers rerouting in the event of a cancellation, denied boarding or delay then the above amounts can be discounted by 50%.

The scope of the application of EC 261 is determined by Article 3.1:

“This Regulation shall apply:

Thus, Gulf based or non EU based carriers are potentially liable under EC261 if a flight is cancelled, passengers are denied boarding or passengers are delayed when leaving any EU airport. It should be noted that Gulf based carriers are not Community carriers under Article 3.1 (b) and therefore are not liable for flights delayed when the flight starts from a country outside of the EU.

A recent English Court of Appeal case involving a Gulf carrier has provided further guidance on this issue and has concluded that EC 261 does apply in case of a passenger missing a connection outside of the EU, with a flight arriving from an airport located within the EU and where the passenger arrives at their final destination more than three hours late. In addition to this case there is a continually evolving body of EU Member State case law resting in recent decisions in the ECJ which provides further clarity, and a possible extension of the scope of application of EC 261 to non EU Member States.

To recap, in the section of the Guidelines entitled ‘Compensation for late arrival in the case of connecting flights’, the Guidelines state the following:

‘The Court takes the view that a delay must be assessed for the purposes of the compensation provided for under Article 7 of the regulation [EC 261], in relation to the scheduled time of arrival at the passenger’s final destination as defined in Article 2 [h] of the regulation which in the case of directly connecting flights must be understood as the destination of the last flight taken by the passenger; and

‘In accordance with Article 3[1] [a] EC 261, passengers who missed the connection within the EU, or outside the EU with a flight coming from an airport situated in the territory of a Member State, should be entitled to compensation if they arrived at final destination with the delay of more than three hours. Whether the carrier operating the connecting flight is an EU carrier or a non EU carrier is not relevant.’ 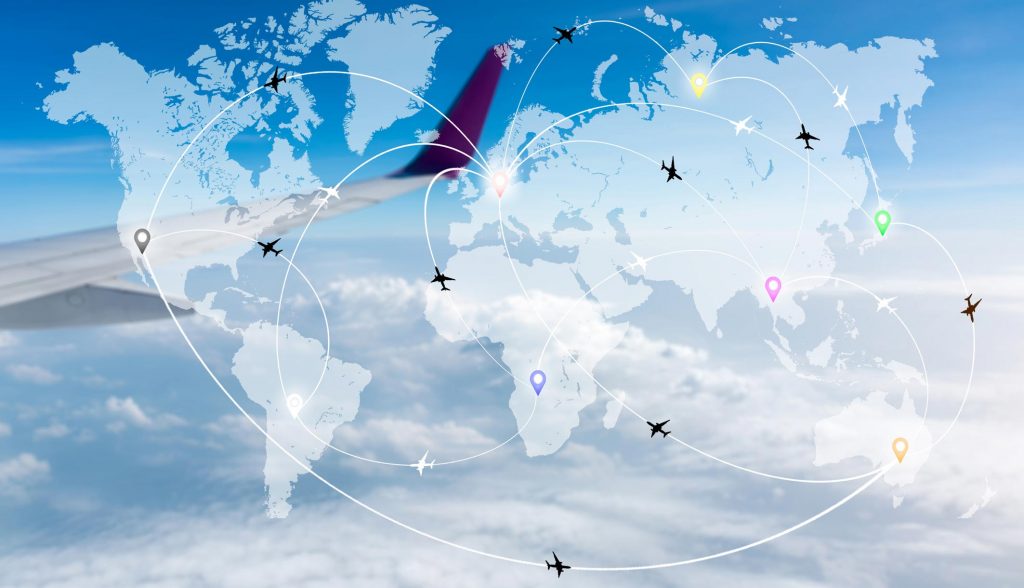 What about a situation in which the carrier operating a connecting flight is not the contracting carrier, and the connecting flight is operated by a separate airline(s)? Can the delayed passenger claim under EC 261 against an airline which is not the contracting carrier? In answer to the question, the ECJ has extended the scope of the application of EC 261 in order to determine the responsibility for compensation when a contractual air carrier does not operate any flights on a journey, and instead each leg is performed by different operating air carriers.

In June 2018 the Advocate General of the ECJ handed down his decision in Flightright GmbH v Iberia Express, [2018] EUECJ c-186/17_O (Case c-186/17) (“Flightright”). The ECJ concluded that passengers are entitled to compensation under EC 261 in a situation where a passenger misses a connection due to a delay on the first leg of a journey (and is therefore delayed at the ultimate destination by many hours). The passenger is entitled to claim compensation even when the flights within the journey are operated by different carriers.

The passengers in the claim before the ECJ were represented by the passenger pressure group/advocacy service, Flightright, and the ECJ’s decision was made in response to the question which was originally raised by the Berlin regional court in Germany: ‘where does liability fall when the flights within the journey are operated by different carriers?’

The first flight of the journey was delayed by 59 minutes by the time of landing in Madrid, and as a consequence of this relatively short delay, the passengers missed their connecting flight with Iberia to Costa Rica, and ultimately this resulted in a 49 hour delay to their eventual arrival at their destination in El Salvador.

The ECJ emphasised in its reasoning in Flightright that the provisions of EC 261 should be ‘interpreted broadly‘. The ECJ agreed with the reasoning used in the previous ECJ decision in Air France v Folkerts (ECLI EU C 2013 106 ), that where an airline operates a series of connecting flights and there is a missed connection owing to a delay earlier in the journey, it is the delay at the final destination which is relevant in claiming compensation, and that the passengers had a prima facie claim. However, in Flightright, it was not so much the issue of whether compensation should be paid, but rather who should pay.

Air Berlin was designated at the booking stage as the service provider, and Iberia Express, as the operating carrier of the first leg of the journey, was responsible for the short delay in the first flight, but it was not involved in the operation of the subsequent legs of the journey. Air Berlin had issued a ticket for the multi leg journey as the contractual air carrier.

The ECJ concluded that under the established case law of the ECJ the provisions of EC 261 conferring a right to compensation are to be interpreted broadly. ‘The objective of EC 261 is to strengthen protection for air passengers and what is to be compensated under Article 7 EC 261 is the “inconvenience linked to an irreversible loss of time”. I therefore take the view that in light of its purpose, EC 261 cannot be read as impeding the availability of compensation to passengers who have clearly suffered significant delays which are sourced in business models that impose a distance in the legal relations between passengers and air carriers.’

Therefore the ECJ decided that Iberia Express, as operating carrier of the first leg of the journey, was potentially liable for compensation because ‘a right of compensation exists against the operating air carrier when a passenger fails to catch a directly connecting flight as a result of a relatively minor delay in arrival of the preceding flight ,with the result that there is a delay in arrival at the final destination of three hours or more, even when the flights concerned are operated by different air carriers and the booking was made through a tour operator who carried out the booking of the entire flight journey via another contractual air carrier which did operate flights on any part of the journey.’

The decision in Flightright has clearly extended the application of EC 261 further to include code sharing scenarios and multi operating carrier journeys on journeys which start from an EU Member State. Gulf carriers should take note with regard to their own code share arrangements, particularly given the comments made by the Advocate General in Flightright and his conclusion that ‘Given the prevalence of the practice of code sharing, it would not seem to impose too great a burden on air carriers which are gaining commercially from this practice to bear the risks involved especially when the consequences of a given flight being delayed can be foreseen by an air carrier by checking the flight plan of its passengers.’ The extension of the applicability of the provisions of EC 261 continues and Gulf carriers are advised to continue to monitor ECJ and EU Member State case law, and to react operationally in relevant EU jurisdictions.