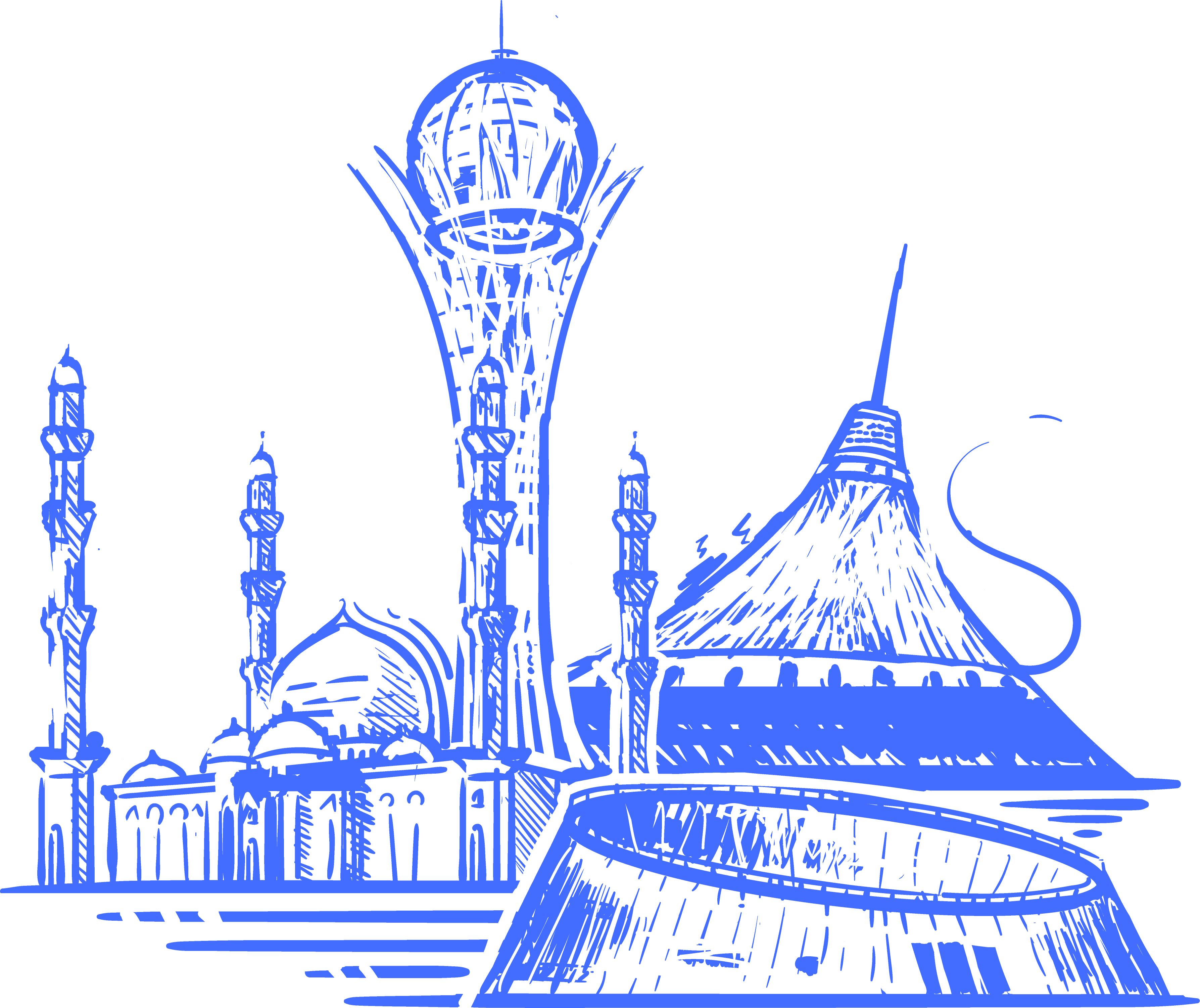 Kazakhstan has long sat at the heart of the so-called ‘Silk Road’ linking Asia, the Middle East and Europe, thanks to its geographical position at the crossroads of Central Asia. Now, Kazakhstan is seeking to capitalise on its location, its history as a trade route, and the wealth generated by its considerable natural resources, to become a hub for international commerce in the twenty-first century.

As part of this development, Nur-Sultan, the newly re-named capital, opened the doors of the Astana International Financial Centre (‘AIFC’) on 1 January 2018, with the specific aim of growing its financial and professional services.

As its named suggests, the AIFC is a specialist financial free zone, situated in repurposed buildings originally constructed for Expo 2017. The AIFC comprises a set of institutions and a growing concentration of financial companies, both established international firms and disruptive start-ups, covering all aspects of banking and finance including capital markets, asset management, private banking and Islamic finance. As part of its measures aimed at attracting international investment, the AIFC’s official language is English.

The AIFC is particularly targeting developing markets in its surrounding region, including Central Asia, the Caucasus, the Eurasian Economic Union, and Mongolia. Along with wider investment in the country’s infrastructure (and particularly its transport links), the AIFC is a central part of Kazakhstan’s participation in the Chinese ‘One Belt, One Road’ development and investment strategy.

The AIFC has its own legal framework underpinned by the Constitution of the Republic of Kazakhstan. The principal legal instrument is the Constitutional Law, ‘On the Astana International Financial Centre’, approved on 7 December 2015. The AIFC applies its own civil and commercial law within its jurisdiction, which stretches beyond the territory of the AIFC buildings on the edge of Nur-Sultan.

So far, over 50 AIFC Acts have been issued to form the AIFC’s legislative corpus. These laws include laws governing the incorporation of companies and not-for-profit entities, banking (securities and netting laws), different forms of partnership formation (general, limited and limited liability), and employment in the free zone. The laws also cover contracts, implied and unfair terms in contracts, data protection, insolvency, obligations, damages and remedies.

Like financial free zones across the GCC – notably Dubai, Abu Dhabi and Qatar – the AIFC has a number of foundational bodies that serve to manage and operate it.

The AIFC Management Council is chaired by the President of Kazakhstan and is the management board of the free zone. The Council’s main objectives are to determine strategic development and to promote the financial centre. It also superintends the AIFC Authority, the administration with responsibility for the development of the centre’s strategic plan, the promotion of the AIFC in global markets and attracting businesses.

The Council and Authority are working on six strategic avenues for the development of the AIFC: capital markets, asset management, private banking, financial technology (‘FinTech’), ‘green’ finance and Islamic finance. To support the drive to develop an Islamic finance industry, an Advisory Council on Islamic Finance was created last year, under the auspices of the AIFC, to advise on the creation and issue of Sharia-compliant instruments.

The Astana Financial Services Authority (‘AFSA’)is the independent regulator of financial and non-financial services activities within the AIFC’s jurisdiction. It registers, licences and regulates entities, known as Participants, which are permitted to carry out financial and ancillary services and capital markets activities within the AIFC. The current CEO of the AFSA was for 13 years a member of the executive team responsible for the development of the DIFC’s regulatory framework.

The AIFC intends to retrain over 2,000 specialists to work in financial and supporting services. To train this workforce, and to run training on the range of financial services, the AIFC Bureau for Continuing Professional Development has been established.

Although not part of the AIFC structure, the Astana International Exchange (‘AIX’) was founded in 2017 in partnership with Nasdaq, Goldman Sachs, the Silk Road Fund and the Shanghai Stock Exchange. Trading commenced on 14 November 2018 and in the same month the exchange held its first initial public offering (‘IPO’), when shares from Kazatomprom JSC, a uranium mining company, were listed.

Kazakhstan is in the process of privatising many state industries and it is anticipated that a large number of listings of these new Kazakh companies will take place on the AIX.

For international counterparties, two of the most important institutions in the AIFC are the Court and International Arbitration Centre (‘IAC’). The DIFC Dispute Resolution Authority assisted the Kazakh authorities in designing, developing and implementing the AIFC Court and IAC.

There was considerable appetite in Kazakhstan for the development of a common law system of justice. Kazakhstani companies were recently found to be the second largest group of foreign litigants before the Courts of England and Wales. One of the reasons for the popularity of litigating in London was the absence of robust commercial courts at home. The AIFC Court and IAC aim to fill this demand.

There are many similarities between the AIFC Court and the Courts of the ADGM and DIFC. For instance, the AIFC Court is a specialist commercial court, including a small claims tribunal and a court of appeal, that hear commercial cases in proceedings conducted in the English language and before experienced judges drawn from common law jurisdictions (the AIFC’s Chief Justice is Lord Woolf). The AIFC Court Rules are modelled on the English Civil Procedure Rules and the Rules of the DIFC Courts. The Courts have made considerable use of technology to enable remote participation in hearings and the use of electronic documents throughout the litigation process.

The IAC is an alternative to litigation. Principally, the IAC will administer arbitrations for parties who have opted into its jurisdiction. The centre has its own arbitration and mediation rules which parties may use, or they may elect to administer their disputes under other rules including the UNCITRAL Arbitration Rules. The IAC maintains a panel of approved international arbitrators and meditators.

Links between Kazakhstan and the Arab world

The Arab world and Kazakhstan have had close and friendly ties since the latter became an independent state in 1991. The UAE is Kazakhstan’s largest Arab trading partner, with almost US$ 643 million in bilateral trade recorded in 2017. Over the past decade, the UAE has made substantial investments, exceeding US$ 2 billion, in a wide range of Kazakh economic sectors, financing projects in strategic areas such as oil, gas and agriculture.

There are a number of points of similarity between the UAE and Kazakhstan, and there are many flights each week between Abu Dhabi, Dubai, Nur-Sultan and Almaty. Both are tolerant Muslim countries with centres of international trade and commerce situated in key geographical locations. Both have concentrations of industries specialising in energy supply, trade in cargo, and construction.

Whereas the UAE and the wider GCC depend mainly on cargo carried by ship, Kazakhstan is effectively landlocked (its only maritime access is to the Caspian Sea, which does not connect to global waterways). Kazakhstan is also a vast country: the overland distance from Nur-Sultan to Almaty, the country’s old capital, is the same as Muscat to Manama.

The Kazakh President visited the UAE twice in early 2018 to reinforce relations between the two countries, and a number of agreements and memoranda of understanding have been signed to boost partnerships and co-operation across a range of commercial sectors. These include:

Kazakhstan is optimistic for the AIFC: it is predicted to attract US$40 billion of investments by 2025 and it is envisaged that it will play a main role in the country’s ambition of becoming one of the top 30 developed countries by 2050. The foundations have been laid for ever-greater commercial ties between the GCC and Central Asia, and the relationship between Kazakhstan and the UAE is a solid beginning. The mechanisms and institutions to facilitate cross-border trade are in place, with the security of international dispute resolution processes. There is every reason to expect Kazakhstan will achieve its ambitious targets for growth and development, and for the GCC, led by the UAE, to play a part.

Al Tamimi & Company is in the process of becoming a registered law firm with the right to conduct litigation before the AIFC Court. Members of the International Disputes team are registered practitioners with rights of audience before the AIFC Court. For more information about dispute resolution in Kazakhstan, please contact Peter Smith (p.smith@tamimi.com), Peter Wood (p.wood@tamimi.com) or Rita Jaballah (r.jaballah@tamimi.com).