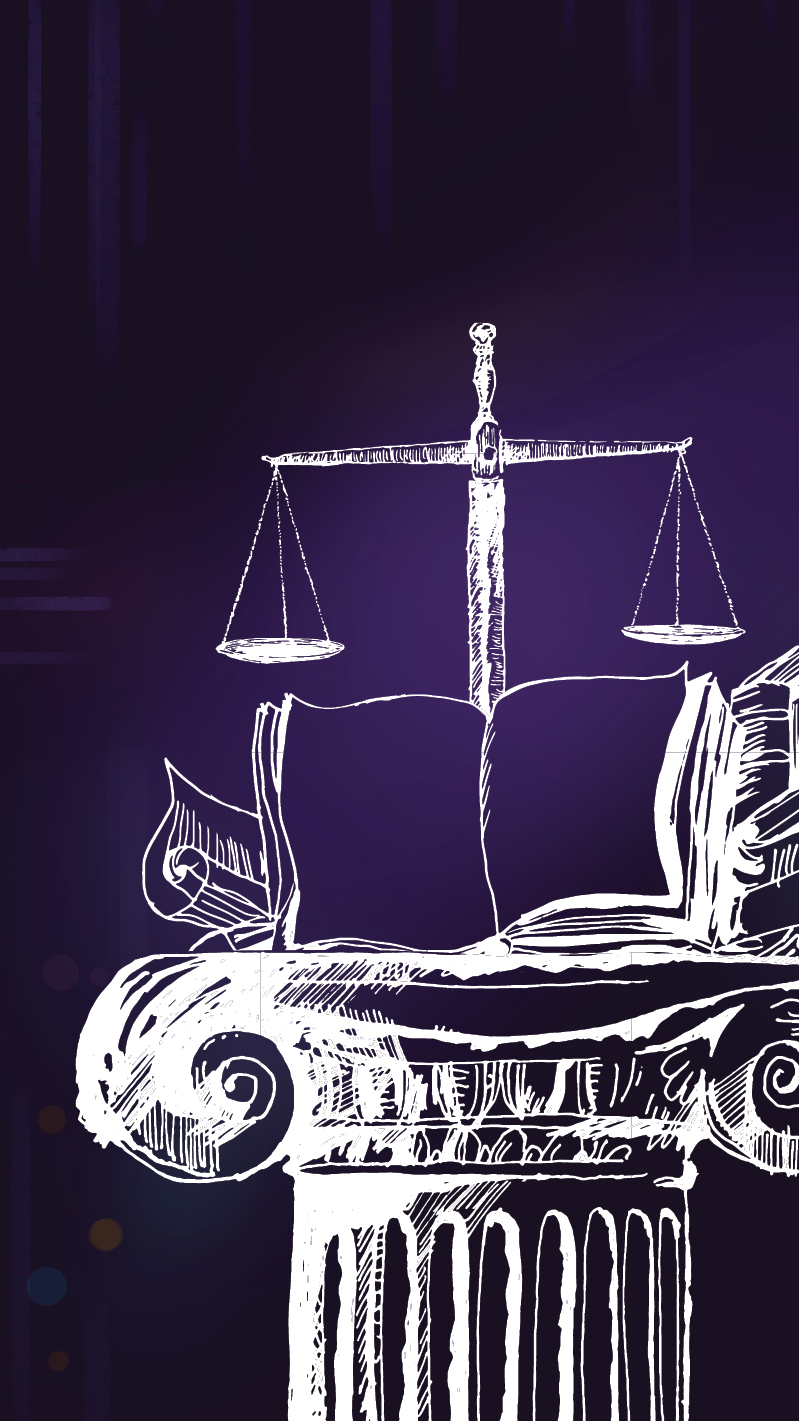 A most-favoured-nation (‘MFN’) clause links investment treaties by guaranteeing that a host state must provide investors with treatment no less favourable than the treatment it provides to investors under other investment treaties. MFN clauses often tend to be generally worded which can lead to interpretational issues. Opinion is divided on whether such generally worded MFN clauses in bilateral investment treaties (‘BITs’) should be narrowly interpreted to exclusively apply to the substantive protections contained in the treaty (such as fair and equitable protection or protection from expropriation) or whether they are capable of being more broadly interpreted to also include the dispute resolution provisions contained therein.

Many of the cases leaning towards a broad interpretation of the MFN clause relate to particular aspects of the dispute resolution provisions at issue (such as waiting periods, exhaustion of local remedies, or the expansion of jurisdiction ratione materiae). However, there have been instances where an investor has used an MFN clause to modify the forum or applicable rules for dispute resolution. In particular, some investors have established their entitlement to commence an arbitration at the International Centre for Settlement of Investment Disputes (‘ICSID’) on the basis that an MFN clause contained in a treaty that does not provide for ICSID arbitration allows an investor to invoke ICSID provisions contained in another investment treaty to which the host state is a party.1

This topic is pertinent in the Middle East-North Africa (‘MENA’) region at the time of writing following a recent award on jurisdiction rendered by an ICSID tribunal in Itisaluna Iraq LLC and others v. Republic of Iraq, ICSID Case No. ARB/17/10. In that case, a majority of the Tribunal held that it lacked jurisdiction in the case because the claimants could not rely on the MFN clause in the Agreement on Promotion and Protection and Guarantee of Investments among Member States of the Organization of the Islamic Conference (‘OIC Investment Agreement’), which does not provide for ICSID arbitration, to invoke the ICSID arbitration provisions in the BIT between Iraq and Japan.

Overview of the dispute resolution provisions in the OIC Investment Agreement

The OIC Investment Agreement was signed in 1981 and entered into force in 1988. It is intended to develop a favourable climate for investments among its 57 member states.

Article 17 of the OIC Investment Agreement contains the treaty’s dispute resolution provisions. It provides that, until an ‘Organ’ is established for the settlement of disputes (which has not occurred to date), disputes are to be resolved by conciliation or arbitration in accordance with the procedures contained in Article 17. The OIC Investment Agreement does not prescribe any particular arbitral rules or institutions for the arbitral process.

Background of the Itisaluna case

Decision of the tribunal

The tribunal then considered the MFN clause of the OIC Investment Agreement, which is found in Article 8. In particular, Article 8(1) provides that

“[t]he investors of any contracting party shall enjoy, within the context of economic activity in which they have employed their investments in the territories of another contracting party, a treatment not less favourable than the treatment accorded to investors belonging to another State not party to this Agreement, in the context of that activity and in the respect of rights and privileges accorded to those investors.”

Iraq had argued for a textual interpretation of Article 8(1) and maintained that the resolution of disputes does not arise “within the context of economic activity” that is carried out “within the territory of the respondent state” (paragraph 193).

The tribunal, however, was not persuaded by this argument and considered it to be “excessively narrow and formalistic” (paragraph 194). According to the tribunal, the right to arbitration is a right that is an unarguably important component of the “favourable climate for investments” that is at the heart of the object and purpose of the OIC Investment Agreement (paragraph 194).

The tribunal considered a key exception to the MFN clause found in Article 8(2)(a) of the OIC Investment Agreement. Article 8(2)(a) provides that the general MFN entitlement set forth in Article 8(1) “shall not be applied to any better treatment given by a contracting party in” cases involving “[r]ights and privileges given to investors of one contracting party by another contracting party in accordance with an international agreement, law or special preferential arrangement.” The tribunal considered that the effect of this provision is that the Contracting Parties of the OIC Investment Agreement may adopt “a variable investment framework in respect of investors from OIC Agreement Contracting Parties and that the OIC Agreement MFN clause cannot be used as a leveller to circumvent such differential treatment” (paragraphs 198-199).

The tribunal noted that the two Jordanian claimants came naturally within the scope of the Iraq-Jordan BIT, which contains express consent to ICSID arbitration in Article 19(2)(b). Nevertheless, the claimants did not to rely on that treaty in the case because it fell under Article 8(2) of the OIC Investment Agreement;2 instead, they invoked the Iraq-Japan BIT, which does not fall under Article 8(2). By doing so, however, the claimants led the tribunal to conclude that it was “difficult to escape the whiff of overreach that casts a pall over the Claimants’ case” since they were “endeavouring to take themselves outside the framework of” Article 8(2) by relying on a BIT with a non-Contracting Party to the OIC Investment Agreement (paragraph 200).

Further, the tribunal noted that the MFN clause in Article 4(3) of the Iraq-Japan BIT expressly “does not include treatment accorded to investors of a non-Contracting Party and their investments by provisions concerning the settlement of investment disputes.” The majority thus considered that an application of the MFN clause would place the claimants in a more favourable position than Japanese investors invoking the Iraq-Japan BIT (paragraph 207). According to the tribunal, a “balance” must be struck between the need to preserve the MFN principle, and the necessity to guard against “overreach” (paragraph 208).

In seeking to strike this balance, the tribunal found useful guidance in Maffezini v. Spain, ICSID Case No. ARB/97/7, Decision of the Tribunal on Objections to Jurisdiction, 25 January 2000. The Maffezini case “concluded that the claimant could invoke the dispute settlement provisions in one BIT by operation of the MFN clause in another BIT, in respect of which he was a qualifying investor” (paragraph 210). At the same time, however, the Maffezini case held that, as a matter of principle, the beneficiary of an MFN clause should not be able to override public policy considerations that the contracting parties might have envisaged as fundamental conditions for their acceptance of the agreement in question.

In view of this analysis, the Itisaluna tribunal noted that the OIC Investment Agreement established a “clearly defined and particular dispute settlement regime”, which did not include ICSID arbitration, although it very easily could have done so (paragraph 216). Thus, according to the tribunal, “[t]he necessary implication is that this omission was a matter of conscious decision” (paragraph 216).

He also noted that all of the examples given in the Maffezini decision refer to situations where clear rules regarding arbitration have been included in the agreement on which the parties relied (paragraph 241). In his view, that situation was different from the present case in which the OIC Investment Agreement “sometimes lacks clarity”, as acknowledged by the majority. As a result, Mr. Peter concluded that “the freedom of interpretation of the Tribunal should be used” (paragraph 241) such that the claimants could use the MFN clause to import Iraq’s consent to ICSID jurisdiction in the Iraq-Japan BIT into the OIC Investment Agreement.

The question of whether an investor is entitled to commence an ICSID arbitration on the basis of anMFN clause has been described by one tribunal as “venturing into a fiercely contested non-man’s land in international law.” (Garanti Koza LLP v. Turkmenistan, ICSID Case No. ARB/11/20, Decision on the Objection to Jurisdiction for Lack of Consent, dated 3 July 2013, paragraph 40.) Such a venture into “no-man’s land in international law” arises in situations where the MFN clause is broadly phrased and the contracting parties to the treaty have neither expressly excluded or included dispute resolution mechanisms in the MFN clause.

The 57 Member States of the OIC are reportedly negotiating the creation of a new dispute resolution mechanism for investment disputes. While contributing towards an understanding of the key provisions of the OIC, the Itisaluna case, particularly when viewed in light of the PCA cases noted above, may also serve as a reminder for the contracting parties to also consider adding clarifications or carve-outs to the MFN obligations.