The Abu Dhabi Global Market Court of Appeal has handed down its first decision in a dispute over an alleged breach of contract. The Court of Appeal has denied permission to appeal to a defendant who had applied to join another party to proceedings. The case has given interesting and useful insights into the attitudes of the judges of the ADGM Courts regarding the management of commercial litigation. 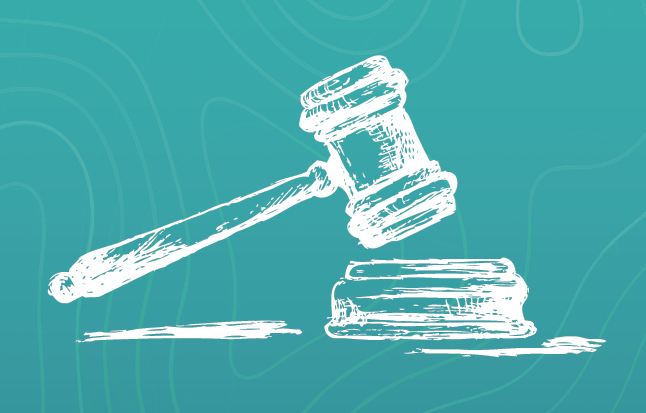 Background to the Dispute

The claimant alleges that the defendant failed to pay sums of money said to be due and owing to the claimant under the terms of a lease of commercial premises at the Rosewood Hotel on Al Maryah Island. The claim comprises six separate heads of claim, with the total amount claimed estimated to be around US$1.362m in damages for breach of contract, plus contractual interest and costs.

In its defence, the defendant disputes liability to pay any sum, its defences as pleaded amounting, in substance, to putting the claimant to strict proof of its claims, coupled with pleas of lack of consideration and waiver, a denial of the claim for liquidated damages as a genuine pre-estimate of loss, and an assertion of the claimant’s failure to mitigate its alleged loss.

In its counter argument, the claimant maintained the defendant had applied to join the wrong entity as a third party. It identified that several of the ‘correct’ third party entity’s officers were also directors and the managing director of the claimant. Employees of another, related third party entity had had roles in drafting the lease and carrying out ‘follow-up actions’ in respect of the alleged breaches of contract. Other directors and employees of the claimant had been occupied with tasks relating to the administration of the lease.

The Decision at First Instance

The judge at first instance, His Honour Justice Stone SBS QC, found that Rule 56 of the ADGM Court Procedure Rules (‘ADGMC CPR’) was applicable and required the Court’s permission to remove, add or substitute a party in a dispute once the claim form had been served, and that any application for such permission may be made by any existing party or by a person who wished to become a party. In considering an application under the Rule, the Court had an unfettered discretion whether to grant permission.

The judge accepted that the defendant had applied to amend the joinder application by adding the ‘correct’ third party entity. He proceeded to consider whether there was sufficient material before the Court upon which the Court would be able to properly exercise its discretion in the applicant’s favour, and thus to order joinder in the form as sought.

The defendant’s repeated contention regarding the “paramount importance” of joining the third party “beg[ged] the highly significant question of precisely what is the nature and extent” of the defendant’s case against the third party. The Defence “as filed is in entirely general terms, and is of no assistance in this regard” and it was “somewhat surprising” that no draft amended Defence had been exhibited to the joinder application. The evidence, in support of the application, was silent on the issues that any amended Defence would cover against the third party, including any indication of the type and nature of claim that might have been brought. The judge noted, “it remains unclear on the face of this statement why this should be the case; mere factual involvement in the disputed transaction provides no justification for joinder, and in and of itself is of no assistance in resolving the issues currently in dispute”. The judge was further critical of the application as it was initially framed and took the view that “the sole indication on the face of the papers as to the reason underpinning this application emerged not in the evidence filed on behalf of the applicant, but late in the day at the conclusion of the reply submission”. In its reply evidence, the defendant had intimated some of its potential claim against the third party, including a promise to “bring evidence of the assurances and undertakings” it had allegedly provided to the defendant and on the back of which the defendant claimed it had entered into the lease, which the defendant subsequently alleged had been breached. The defendant therefore proposed to amend its defence in order to “assert its rights in respect of such breach, including without limitation, rescission of the lease, damages for breach of collateral contract, claim by way of indemnity or any other remedy to which it may consider itself entitled.”

The judge noted however, that only making these justifications so late in the proceedings (in the Reply), the claimant had been denied the opportunity to respond to them: “It remains a matter of conjecture why these allegations, or any reference thereto, failed to find their way into the witness statements initially filed by [the defendant], and in the circumstances perhaps it is not unreasonable to assume that these assertions were prompted by the criticisms of the application contained within the claimant’s prior submission in response”. As a consequence, it was deemed the defendant had failed to discharge the burden on it to demonstrate why any order for joinder should be made. It, therefore, remained open to the defendant to pursue a separate claim against the third party.

The defendant sought permission to appeal the first instance decision. The Court of Appeal, consisting of the Chief Justice, Lord David Hope, His Honour Justice Sir Peter Blanchard and His Honour Justice Kenneth Hayne, handed down judgment on 1 September 2019.

The Court of Appeal considered that Rule 56 of the ADGM CPR differed from Rule 19.5 of the English Civil Procedure Rules (and also rule 20.28 of the Rules of the DIFC Courts) in that there was no requirement for the addition of a party to be “necessary”. “A court is hardly likely in the exercise of a discretion to join as a party somebody who has no claim relating to the subject matter of the action at all. But, if its powers extend to anyone who has, the question whether a particular entity should be joined is at the discretion of the court.”

The basis of the defendant’s application for permission to appeal centred around a claim that the dismissal of its application to join the third party “severely prejudiced its right to a fair trial of the issues raised” by the claimant. The defendant argued that the dismissal of the joinder application meant that it was deprived of the ability fully to present its case and defence and “it would be a waste of time, cause an unnecessary increase in costs and militate against the efficient conduct of justice for it to be required to take a separate case” against the third party.

The Court of Appeal rejected the application, restating the orthodox common law position that an appeal court would not “lightly interfere with an exercise of judicial discretion” and would only do so if the judge at first instance had “applied some wrong principle or that for some other reason the exercise of his discretion was plainly wrong”. The Court found that the appellant even lacked an “arguable case” that the judge had erred in the exercise of his discretion. No particulars had been given even at the appeal stage of the basis for the defendant’s claim against the third party, nor any explanation of how joinder would assist in the resolution of the issues in the dispute between the claimant and defendant.

Following the Court of Appeal decision, the claimant applied to strike out all or certain parts of a witness statement served in reply to the claim, a remedy available under the power of the Court, at Rule 92 of the ADGM CPR, used to control the evidence. The defendant failed to file any evidence in opposition to the application. The application was made on the basis that the statement was filed late and without any explanation for its delay, that it contained “mostly irrelevant statements bearing no relation whatever to the parties’ pleaded cases or the issues in dispute”, and represented an attempt to introduce new issues at a late stage of the process. The statement mainly gave evidence on the dealings between the defendant and the third party, and the claimant complained that the statement was an attempt to “circumvent” the rejection of the joinder application by “seeking to introduce in reply arguments relating to its conduct which, if not objected to, potentially impacted upon the contractual relationship under the lease between the parties.”

The judge, again His Honour Justice Stone SBS QC, disagreed with the full extent of the application sought, which was to strike out all or most of the statement: “the extensive redactions indicated…over-egg this particular pudding”. Instead, with a firm warning that it was not open to the defendant to advance any allegations against the third party, he excluded only the last sentence in one paragraph of the statement.

This case is a good example of a court at first instance (and on appeal) exercising robust case management powers. The burden of seeking joinder is on the party making the application, which may face a judge wary of being “sidetracked by the raising of collateral allegations that…may or may not ultimately [be] pursue[d]” against a third party, as the Court of Appeal warned.

The Court of Appeal in fact went further, in response to a complaint by the claimant that, by persisting so far with its application for joinder, the defendant was seeking to disrupt the main proceedings. It issued a warning that any party “held to have indulged in such conduct must expect to be dealt with appropriately in any award of costs. Any disruptive or time-wasting conduct in this court is always to be deprecated”.

There are some obvious practical points for parties to litigation in the ADGM considering applications to change parties: