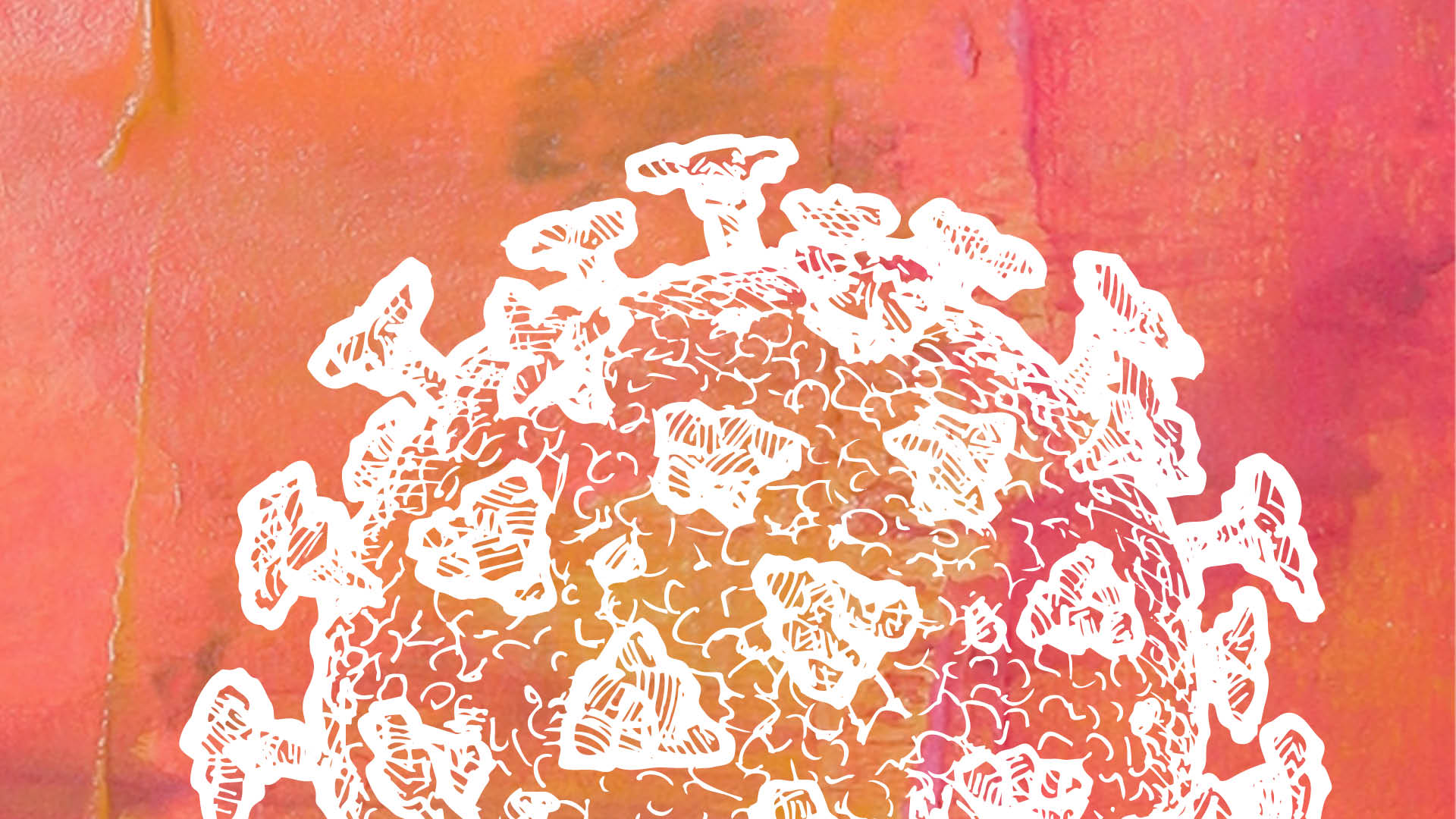 As the spread of COVID-19 continues to hamper and disrupt the rights and obligations of individuals and legal entities under contracts, a commonly asked question is one that concerns whether parties can seek to rely upon the principle of force majeure in order to be discharged from performing their duties or from executing such duties on time. This concern extends to the maritime industry, particularly in respect of abandoned cargo, where carriers are becoming more exposed to liabilities related to unclaimed shipments, which are piling up on board ships and/or at seaports, globally.

Consigned cargo is the responsibility of the carrier until it is delivered to the consignee. When cargo is abandoned by the consignee, and owing to some reasons or to defaults on the part of the consignee in taking delivery of consigned cargo, it is common that goods remain under the custody of carriers. Therefore, in order to be discharged from its liability with regard to abandoned cargo, there are a number of options which the carrier may pursue. Article 269 of UAE Federal Law No. 26 of 1981 (the ‘UAE Commercial Maritime Law’) provides that:

Accordingly, in the event of non-attendance or refusal of a consignee to take delivery of goods shipped by a carrier, the goods will remain the responsibility of the carrier. Furthermore, this Article explains how the carrier may make an application to the competent court to assign the custody of the goods to a court-appointed trustee and petition the court to allow the carrier to sell the goods, in whole or in part, in order to pay for freight charges. Further, whilst in other jurisdictions it may be common for the carrier to retain the goods for lien after warehousing, the principle of maritime lien does not exist under UAE law.

That said, although, in theory, Article 269 of the UAE Commercial Maritime Law appears to provide a ‘way out’ for carriers in respect of abandoned cargo, in practice, there are a few challenges to consider. First, in theory, the court may find difficulty in ensuring that a competent trustee is appointed. However, in practice, because the carrier is the party which makes the court application, the court normally appoints the carrier as the trustee or asks the carrier to provide the trustee, and obliges it to store and secure the abandoned cargo. Normally, the court would accept the appointment of a trustee, as long as the carrier provides evidence of a suitable warehouse in which to store the cargo in addition to providing evidence that it will secure the cargo.

Second, and again in theory, the question of who will bear the trustee’s costs and expenses will be raised. However, in practice, the Court would demand the carrier bear the cost.

Third, the judicial process may be a lengthy and expensive one until a final judgment is rendered which allows selling the abandoned cargo.

Fourth, when considering the costs associated with storing and securing the abandoned cargo, the expenses may exceed the cargo’s estimated value.

Fifth, the implications may further be highlighted in the present circumstances arising out of the spread of COVID-19 as the value of some goods may have decreased as a result of the economic slowdown and abrupt shift in market trends; this calls into question the commercial viability of making such an application to court by the carrier (pursuant to Article 269).

In the case of abandoned cargo that is stored at seaports, there may be another option available to carriers to explore. As more abandoned cargo piles up at seaports, many carriers may seek to discharge their liability in respect of unclaimed cargo by looking to the regulations of local ports. For instance, Paragraph 225 of DP World’s 2017 Tariff Book for the Ports of Jebel Ali and Mina Rashid (’Tariff Book’) provides that abandoned cargo that is unclaimed for a period of more than “three months for General Cargo, three months for Vehicles and other Road–Moving Equipment, one month for Hazardous Cargo, one month for Refrigerated Containerised Cargo, three months for all other Containerised Cargo, and six months for Empty Containers” may be sold by Dubai Customs and/or the Port Operator – where the respective port dues and customs’ duty have not been paid.

Furthermore, another good case in point is Article 20 of the Port of Fujairah Ordinance of 1982 which provides that if abandoned cargo is unclaimed for a period of three months (given that the respective port dues and customs’ duty have not been paid), it may be sold at a public auction. However, with all of the current considerations and delays due to COVID-19, it is likely that there will be lengthier processes relating to accepting delivery, assigning a trustee if the case escalates to proceedings, and receiving shipments. The timeframe for obtaining a court judgment will, indeed, be longer than usual, and both carriers and consignees should expect delays in the delivery and acceptance of consigned cargo.

Although UAE law provides for all of the above-mentioned issues, these problems become more of a concern when considered in light of COVID-19 and the concept of force majeure. Force majeure clauses are contractual clauses which provide a safety net for the contracting parties should a change in circumstances, which is beyond their control, render the performance of the contract impossible. Force majeure is a general legal principle under UAE law – meaning that courts may declare pandemics like COVID-19 as a force majeure event. Article 273 (1) of UAE Federal Law No. 5 of 1985 (‘Civil Transaction Law’) provides that, if a force majeure event arises in the course of a bilateral agreement, then the contract would, as a result, be rescinded. However, if the force majeure event only partially affects the agreement, then only that part of the contract that is impossible to perform is rescinded. Force majeure events commonly refer to any type of unforeseeable, naturally caused disaster or incident that may occur, thereby altering the legally binding obligations of contracts that had previously been put in place. Due to the unexpected emergence, and subsequent rapid spread, of COVID-19, and because this pandemic is beyond any person’s control, it may be considered a force majeure event. This is especially true when government actions, such as lockdown measures and restrictions on the movement of persons, are considered.

Another important factor to consider is the effect of COVID-19, as a force majeure event, on the performance of obligations under a contract of carriage. The flagging world economy, associated with a dramatic decline in demand for certain goods, stay-at-home orders, and the state of total lockdown that was ordered by various governments has pushed many consignees to abandon their cargo. This may have, in turn, caused serious losses to some carriers that may very well end up finding themselves as custodians of stockpiled abandoned consignments of cargo. Furthermore, the uncertainty that surrounds the situation relating to the duration of the current circumstances that arose out of the rapid spread of COVID-19 renders this custody and responsibility burdensome for some carriers that may be forced to bear unreasonable expenses associated with the storage and security of abandoned cargo. Consequently, carriers may resort to difficult/questionable solutions in order to dispose of unclaimed cargo: they may destroy some consignments in order to relieve themselves of the financial difficulty that comes with maintaining custody of such unclaimed cargo. Moreover, the World Health Organisation declared COVID-19 a public health emergency of international concern on 30 January 2020. Soon after it was declared a pandemic. Therefore, by relying upon the principle of force majeure, consignees may still show up at a later stage to take delivery of their goods and claim that they were physically prevented from fulfilling their obligations under the contract which, in theory, may extend the aforementioned 12-month period of prescription in relation to maritime disputes, and the argument that performance is “more expensive and less profitable” may not suffice in absolving the carriers of their liability to perform.

Due to the fact that COVID-19 is sending the world economy into an uncertainty, consignees are more likely to abandon their cargo because of the costs associated with storing, packing, and securing goods that they are unable to sell due to the unprecedented fall in demand coupled. This was manifested in the recent crash of the oil market on 20 April 2020, whereby some oil traders refused to take delivery of their oil which resulted in the severe devaluation and drop in the price of oil.

Therefore, it is advisable for the carriers to confirm delivery and acceptance by the consignee. However, if the consignees do not show up to take delivery of their cargo which, then, results in the carriers being responsible for higher volumes of unclaimed consignments, carriers should seek an explicit undertaking from consignees confirming their intention to abandon the cargo, so the carriers may be discharged of any liability arising out of unclaimed consignments. Alternatively, the carrier should request from the competent court that the cargo be deposited under the custody of a trustee appointed by the same court.

In addition, the non-existence of the principle of maritime lien in the UAE, in the traditional sense, leaves carriers with only one option for legal recourse: making an application to court under Article 269 of UAE Commercial Maritime Law.

Furthermore, trying to bring a claim against consignees in respect of abandoned cargo may be rather costly in light of the financial burden associated with legal costs and maintaining custody of unclaimed cargo. Consequently, carriers are not only likely to face increased difficulty in trying to recover costs, but may also bear considerable expenses in remaining responsible for abandoned cargo until they are discharged from their liabilities. Needless to say, this will place a real strain on the operation of seaports.