Ten Reasons why you should not consider filing for Bankruptcy

No lawyer or financial adviser will disagree that if a business engages in a full and formal bankruptcy process, then ultimately there is a high chance that the business will end up in the grave yard.

If a company is declared bankrupt in the UAE, significant legal, commercial and economic repercussions will follow; it will likely lose all of its cash and other assets, while its creditors are unlikely to get back all of their debts.  A merchant who applies for bankruptcy is unlikely to be in position to manage a business or be on a board of any corporation for many years.

The bankruptcy process is a legitimate legal process, designed by the legislator and recognized under the law, which is available to businesses which are unable to pay for their creditors or (in certain circumstances) to the creditors of such businesses who don’t receive payments they are due.

However, as we will discuss in this article, there are many reasons why the bankruptcy route should only be considered where a business has exhausted all possible alternatives.

How the bankruptcy process works in the U.A.E.

The UAE Federal Bankruptcy Law No.9 of 2016, as amended by Law No.23 of 2019 (the “Bankruptcy Law”) governs all bankruptcies on the federal and local level in the UAE and is overseen by the Ministry of Finance.  It applies to onshore and offshore companies (both trading and professional services), except where there is a specific offshore law that governs bankruptcy (as is the case in DIFC and ADGM, for instance), and to individual merchants (the subject of the bankruptcy being the “Debtor”).

The Bankruptcy Law provides various different options which either the Debtor or its creditors may consider, including protective mechanisms designed to avoid full bankruptcy proceedings, including the following:

Preventative composition is the first ‘light touch’ step that may be considered in the pre-bankruptcy pathway.  It is intended to give a financially distressed (but still solvent) Debtor breathing space to reach settlements with its creditors while it is still in the early stages of such financial distress. This option is only available on the condition that the Debtor has not defaulted on any debts owed to creditors for more than 30 days.

If the Preventative Composition Plan is approved by the court and the creditors, the trustee will supervise the plan throughout its implementation period and all court actions and legal proceedings against the Debtor will be suspended.

The restructuring process begins as a bankruptcy application to the court in relation to an insolvent Debtor, which can either be brought by the Debtor itself or by any of its creditors who has debts of more than AED 100,000 which have been due and unpaid for over thirty days despite written notice.

All criminal and civil proceedings against the Debtor, including criminal actions relating to bounced cheques, are suspended pending approval of the Restructuring Plan.

If the court accepts the Restructuring Plan, and it is approved by votes of the creditors, the restructuring process will start which will hopefully allow the Debtor to resume its activities going forward or possibly to sell the business as an ongoing concern.

The courts may entitle the Debtor, under the supervision of the court appointed bankruptcy trustee, to continue its business until the bankruptcy is declared, particularly in circumstances where it is best to try to sell the business as ongoing concern.

Through the bankruptcy, the trustee, under the supervision of the Courts, will start selling the assets of the business, to liquidate the business gradually through a very speedy process to pay for the creditors and the costs.

During the bankruptcy proceedings, all scheduled debts will be immediately due, and the Courts will provide the trustee with the power to terminate any contracts to help liquidate the business. The Bankruptcy Law does not specifically provide for the suspension of judicial proceedings against the Debtor during the bankruptcy process (it only does so in the case of preventative composition and restructuring).  However, it is not clear why this rule shouldn’t apply in bankruptcy cases and it is likely to be a matter that the court may exercise its discretion on.

What is the effect of the bankruptcy proceedings?

Why should a business try to avoid the bankruptcy proceedings?

“Upon closing the procedures declaring bankruptcy and liquidation of the Debtor’s Assets, every creditor whose debt was accepted but not repaid in full may execute against the Debtor’s Assets to recover the outstanding balances of their respective debts. Acceptance of the debt referred to in Paragraph 1 of this Article shall be considered a final judgment concerning such execution.”

This could mean that, even after completion of the bankruptcy proceedings, the Debtor is not off the hook and may still be chased for any outstanding debts indefinitely.  It is also not clear how this could be applicable if the Debtor has been fully liquidated. My understanding is that there is some discussion about revising certain provisions of the Bankruptcy Law and such a revision is certainly welcomed.

Of course no country wants to encourage any of its businesses to go through bankruptcy proceedings unless it is very much a last resort.  It is no doubt that it will be detrimental to any country’s economy if a number of businesses file for bankruptcy and indeed the Bankruptcy Law does provide that the courts can delay the bankruptcy proceedings for a year if they believe that it is not in favor of the UAE economy to proceed with the immediate bankruptcy of the entity Debtor in question. That is perhaps why if you go ahead through the Bankruptcy Law you will find it to be a very unattractive process.  However, as it is also a process available to creditors to apply against a defaulting debtor, so this is a very powerful tool that a creditor can use against the Debtor to expedite payments or to reach an acceptable settlement.

I am aware of a few isolated cases in Dubai and Abu Dhabi that have been filed pursuant to the Bankruptcy Law, predominantly by creditors.  Such cases remain at an early stage and it remains to be seen how those will play out in practice.  However, early indications are that neither the courts, nor the general business community in the UAE, are encouraging of the bankruptcy route.  While it is useful that there is a formal process available to debtors and creditors pursuant to the Bankruptcy Law, for the reasons listed above I believe that it is best used as a negotiation tactic by businesses to try to reach amicable payment settlements wherever possible, rather than invoking the legislative process. 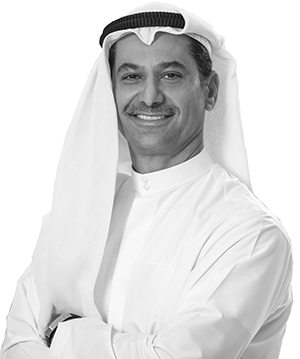