We are pleased to announce that Partner Bandar Al Hamidani and Al Tamimi‘s KSA sports team, including Pedro Castro and Nasser Al Ohaly, represented Al Hilal Saudi FC, a major football club in Saudi Arabia, in its successful negotiations to bring on board the playmaker Omar Abdulrahman, also known as “Amouri”.  Amouri is regarded by many as the best football player in Asia and he returns to Al Hilal Saudi FC after 12 years with Al Ain of UAE. Al Tamimi‘s KSA sports team also successfully represented the club in the negotiations with Turkish football club Galatasaray in relation to the transfer of the French international striker Bafetibi Gomis, another world-class player.

These deals were a great success for both our client, and the firm.

Please see below for some pictures of Bandar with the President of Al Hilal Saudi FC, Sami Al Jaber, together with Amouri, and also of Gomis after signing with the club, as well as pictures with Cerutti and with Bencharki after completion of the respective transfers. 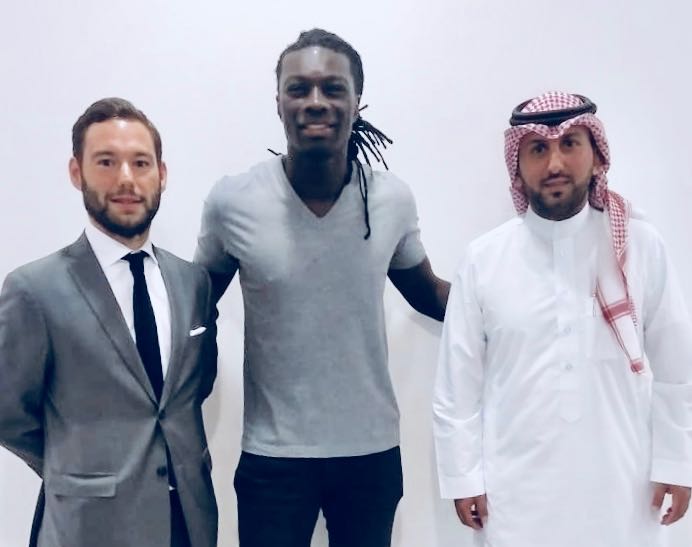