This article provides an overview of a recent judgment handed down by the Dubai Courts in relation to the limitation period under Montreal Convention of 1999 (“MC”) and Warsaw Convention of 1929 and its amendments (“WC”). The case relates to a compensation claim that was filed by a Claimant against an air carrier that Al Tamimi & Company represented a passenger who alleged to have sustained an injury having boarded a flight. The question before the Dubai Court was whether the time bar period under the MC and WC applies to the claim. If so, was the time bar period subject to the provisions of the UAE Civil Transactions Law No. 5 of 1985 (“CTL”) and was there any suspension and interruption of the statute of limitations?

The Claimant travelled by way of a round trip carriage Kuwait -Dubai-Kuala Lumpur-Dubai-Kuwait between 24 October 2013 and 4 November 2013. On 2 November 2013 while boarding the flight to Dubai, it was alleged that the Claimant was struck by a piece of hand luggage which was said to have fallen from the overhead locker. The Claimant alleged that he had sustained injuries to his head and shoulder due to the impact of the luggage and that he had to attend several hospitals and medical centres for treatment. Thereafter, the Claimant issued proceedings alleging these facts and claimed AED 10,000,000 damages.

Al Tamimi & Company defended the claim based on two main grounds: firstly that the claim was time barred under the provisions of MC and WC; and secondly, that the claim ought to be dismissed based on the lack of proof that the incident took place and a general denial of liability on the part of defendant airline.

In response to Al Tamimi & Company’s defence on denial of the Defendant’s liability and Claimant’s failure to prove the occurrence of the alleged incident, the Dubai Court of First Instance (“DCFI”) held that the Claimant failed to establish that the injury occurred on board the relevant flight. 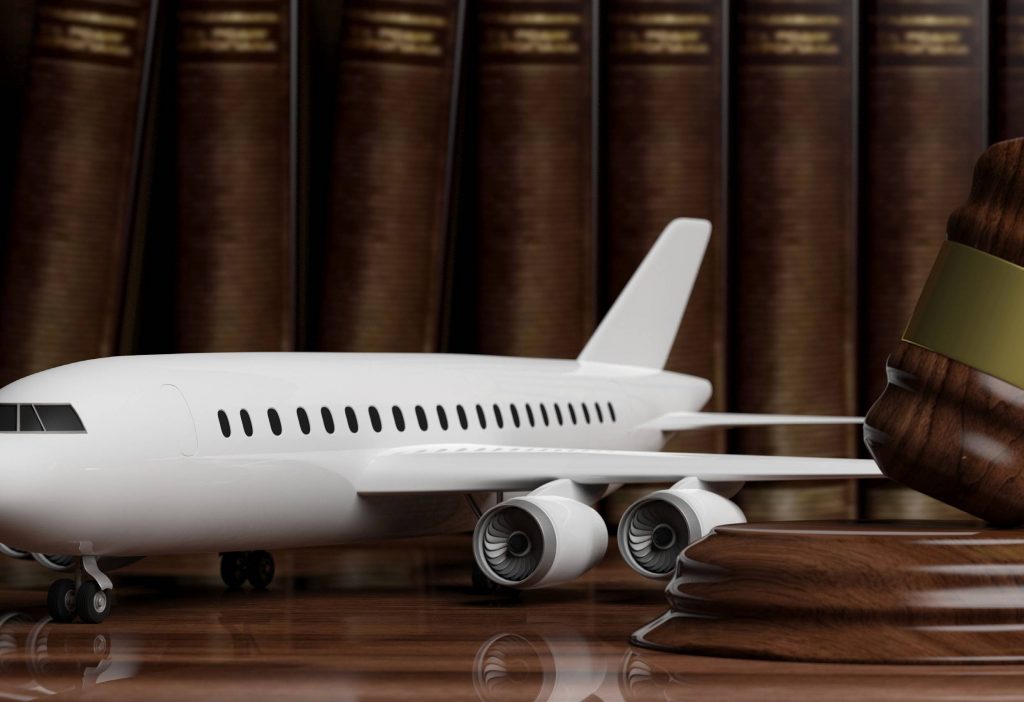 As to Al Tamimi & Company’s second defence of time bar under Article (35) of MC (being two years, calculated from the date of arrival at the destination, or from the date on which the aircraft ought to have arrived, or from the date on which the carriage stopped), the DCFI held that the respondent was a government entity and there was a legal requirement for the Claimant to first file a complaint with the DLAD and to obtain DLAD’s approval prior to filing the claim with the court. Hence, the DCFI concluded that the period between the filing of the complaint with the DLAD and then receiving the non objection letter should not be included as part of the calculation of the time bar period as it constitutes a legal excuse that falls outside the control of the Claimant as per Article (481) of the CTL which provides that: “(1) The running of time for prescription shall be suspended if there is a lawful excuse whereby the claim for the right could not be made (2) The period during which that excuse subsisted shall not be taken into account in the prescription period”. Accordingly, the DCFI held that the Claimant’s case was subject to the CTL provisions related to the suspension and/or interruption of the time bar period. In this respect, the DCFI stated that since it is a legal requirement to obtain the DLAD’s approval on filing the claim against the defendant company and because the DLAD took over a year to grant the Claimant the non-objection letter to file the case with the Dubai Courts, accordingly, the foregoing period during which the matter was pending before the DLAD shall not be taken into account when calculating the time prescription period. Based on that, the DCFI held that the claim was not time barred.

“ Any claim for damages against an air carrier, must be filed with the competent court within the 2 year period stipulated by the international aviation law treaty regime and the 2 year limit shall not be subject to the interruption and/or suspension provisions recognised by the UAE local law ”

At the appeal stage, Al Tamimi & Company continued to argue that the claim was time barred and the Dubai Court of Appeal (“DCOA”) upheld Al Tamimi & Company’s defence and held that the claim is indeed time barred as it was not filed within 2 years from the flight arrival date. In reaching this conclusion, the DCOA held that the requirement of filing of the complaint before the DLAD should have the effect of suspending the time bar period for 2 months only. The court held that the filing of the complaint with the DLAD is a requirement imposed by law which prevents the claimant from filing the claim directly with the court. However, the said prevention lasts only for 2 months after which the Claimant is entitled (by law) to resort to the court if no settlement is reached during the said 2 months period. To that end, since the accident took place on 02 November 2013 and the claim was filed on 16 August 2016, this means that the claim was lodged after the lapse of 2 years (even when reducing 2 months from that period). Therefore, the court held that the claim is considered time barred pursuant to Article 370 of the UAE Commercial Transactions Code No. 18 of 1993 (“CTC”) and Article 35 of the MC.

The Dubai Court of Cassation (“DCOC”) held that the 2 year period provided under the international aviation law treaty regime is not subject to the rules/provisions related to the interruption and/or suspension of prescription/limitation periods under the CTL. The judgment stipulated that claims against air carriers must be brought within 2 years as per the international aviation law treaty regime and such period cannot be interrupted or suspended and that it is not subject to the CTL provisions that regulate the suspension and interruption of time prescription periods. This ultimately means that the pre requisite of filing the complaint before the DLAD and the 2 month waiting period provided under the law before the claimant can proceed with lodging the claim before the courts does not affect, interrupt or suspend the running of the 2 years period provided under the international aviation law treaty regime for filing the claim against the air carrier. In fact, this judgment means that the two year time bar is absolute in the UAE for aviation claims and cannot be interrupted, suspended or prolonged for any reason whatsoever.

Importance of this Judgment

The DCOC judgment asserts the position that any claim for damages brought against an air carrier must be filed with the competent court within the 2 year period stipulated the international aviation law treaty regime and the 2 year limit shall not be subject to the provisions governing interruption and/or suspension of prescription/limitation periods under the UAE local laws.