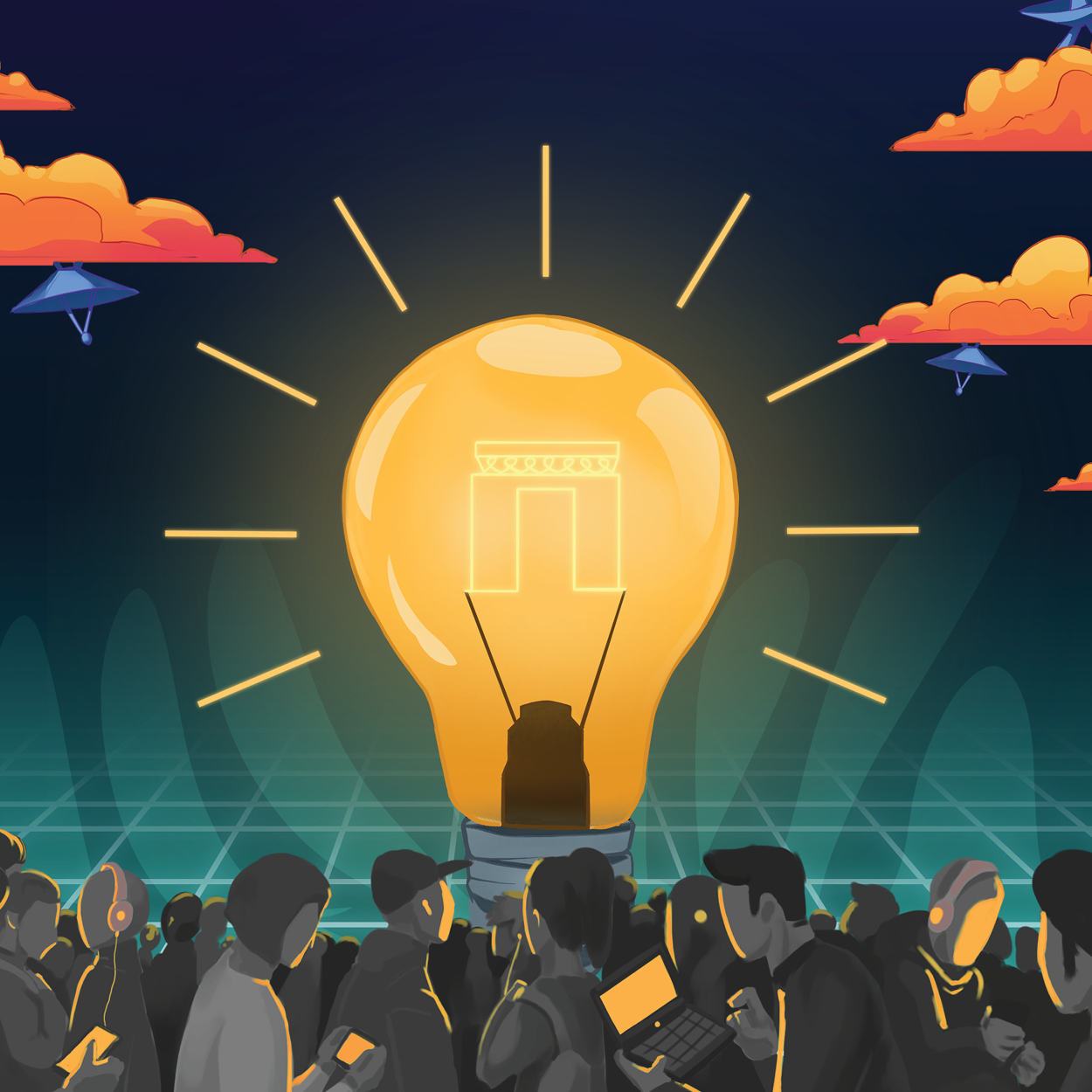 The new Dubai International Financial Centre Intellectual Property Law No. 4 of 2019 (the ‘DIFC IP Law’) came into force with effect from 21 November 2019. The wider aim of the DIFC IP Law is to provide the legal framework and environment for the encouragement and protection of creativity and innovation in the DIFC, consistent with the promotion of creativity and innovation by the DIFC institutions over the past years especially in the FinTech area.

The DIFC IP Law has come about at the right time, especially in light of the announcement in January 2020 of the establishment of the Dubai Future District, which aims to be the largest innovation area in the world. The Dubai Future District will be established through the integration of the Dubai World Trade Centre, Emirates Towers and Dubai International Financial Centre. It will include a future economy research centre, incubators, accelerators and an innovative space for future economy pioneers. The district will be a hub for the production of IP based products, and in that context the DIFC IP Law is a key legislative foundation stone, from a legal perspective, of the project to establish a world leading creative and innovative district.

The DIFC IP Law provides for and regulates the full spectrum of intellectual property rights from patents, utility certificates, industrial designs and drawings, copyright, trademarks, trade names and trade secrets. The Law was drafted in accordance with international best practice, taking into consideration the applicable UAE Federal laws regulating the different IP rights and in line with international treaties to which the UAE is party. The opportunity has been taken in that context to introduce some international concepts that have been previously lacking in UAE IP federal laws and the need for which had been in major discussions among commercial IP stakeholders. In this article we shall highlight the key aspects and concepts that have been introduced by the DIFC IP Law.

1.  Recognition of the IP rights registered in the UAE

The DIFC IP Law does not establish a separate DIFC registry for IP rights; however, it clearly recognises the IP rights registered in the UAE under the relevant federal laws. This is an important aspect of the DIFC IP Law, as it does not create an additional burden on IP owners to register their rights within the DIFC, hence any IP rights (including for example trademarks and patents) registered in the UAE shall be enforceable automatically within the DIFC. This ensures that the DIFC IP Law will operate in harmony with the relevant UAE IP laws, and that IP rights’ owners who want to enforce their IP rights in the DIFC, shall ensure they have registrations under the Federal UAE laws.

In addition, the DIFC IP Law regulates the IP ownership for commissioned works that are done by independent contractors outside the employment relationship, which is the concept of work for hire, which is new to the UAE.

Similarly, the ownership of inventions has been regulated in the DIFC IP Law, which is now in line with the UAE Federal Patent Law.

Hence, employers in the DIFC should now look into their employment agreements to bring IP ownership into line with the DIFC IP Law.

The DIFC IP Law has introduced the concept of trademark fair use, which is new to the UAE and probably the whole Middle East region. The DIFC IP Law allows certain uses of third parties trademarks that would not be considered infringements. This includes the use within comparative commercial advertising or promotion to identify competing goods or services, provided that such use is in good faith and in accordance with honest practices in commerce; in news reporting, news commentary or parody; and to indicate the intended purpose of the goods or a service related thereto, provided that such use is necessary and in good faith.

The DIFC IP Law provides lists of acts that constitute infringements of a registered patent. In addition, it has provided for some criteria for considering whether a patent has been infringed. For example, the infringement of one claim granted under the patent will be considered as an infringement of the patent. The DIFC IP Law has adopted the equivalent test of infringement rather than the literal, whereby a claim is considered to be infringed even though the infringing product, process or method does not fall within the literal scope of the patent claim but is equivalent to the claimed invention.

The IP Commissioner has the right to issue directions to cease, confiscate and destroy infringing goods. The Commissioner may also order the violator to refrain from the violation, including by removal of the infringement, and to carry out all necessary acts to abide by the Law. He or she may also request the DIFC Registrar of Companies to temporarily suspend the DIFC licence of the violator or, in the event of reputation, to revoke the violator’s licence and/or impose up to double the maximum fines stipulated as being payable for the different types of contravention under Schedule 3 of the Law.

The decisions of the IP Commissioner can be challenged before the DIFC Courts.

In the UAE, by way of comparison, administrative penalties are between US$ 4,000 and US$ 12,000; criminal penalties in the UAE on the other hand are low and tend almost invariably to be imposed by the Courts at the minimum amount equating to US$ 1,370.

Under Article 68(2) of the DIFC IP Law the DIFC Court has jurisdiction to issue injunction orders and to award damages resulting from the violation of any DIFC intellectual property legislation. Under Article 67 any victim of a violation of the Law has the right to resort to the Court to seek injunctions and damages, and in assessing the damages for infringement the Court may take into consideration loss including future loss established with a reasonable degree of certainty; the value of the subject intellectual property right infringed; and the loss of opportunity in proportion to the probability of that opportunity’s occurrence.

Apart from actions under Part 5 of the Law, relating to misappropriation of trade secrets, which must be brought within three years after the misappropriation is discovered or should reasonably have been discovered by the injured party, the ordinary limitation period of six years for actions in tort applies.

Under Article 5(A)(1)(c) of the Judicial Authority Law (‘JAL’) the DIFC Courts have exclusive jurisdiction for all IP disputes and infringements arising in the DIFC. In this regard, the DIFC IP Law applies to any person who owns or claims ownership, uses or attempts to use, or who seeks to enforce or protect an intellectual property right, or any part thereof, in the DIFC. Therefore, IP owners may bring infringement or enforcement proceedings before the DIFC Courts relating to any infringements occurring within the DIFC.

In addition, under Article 5(A)(1)(a) JAL, any “DIFC Establishment”, and therefore any company established in the DIFC, may either proceed as a claimant or be sued as a defendant in respect of any infringement occurring either within or outside the DIFC, including worldwide. This wider jurisdiction may be particularly apt for claims for damages including on a worldwide basis, especially given that the DIFC, as a common law jurisdiction, will assess and award damages for breaches of intellectual property rights commensurate with the practice of the English commercial courts and other common law jurisdictions. As such, for damages claims where the DIFC Court’s jurisdiction can be engaged the DIFC Courts will offer claimants a significant advantage over the onshore UAE Courts, where compensation awards are typically modest.

In respect of the DIFC Courts’ injunctive jurisdiction to enforce IP rights and restrain infringements, including by mandatory injunctions where appropriate, the orders of the DIFC Courts in this context as others can be enforced through the onshore Dubai or other local courts. Therefore, depending on the case, the seeking of injunctive relief before the DIFC Courts in respect of infringements occurring anywhere in the UAE may offer an effective remedy for speedy enforcement action onshore, as an addition to or in the alternative to taking direct actions before the local IP authorities or the local or federal courts.

In terms of the remedies open to owners of IP rights more generally, whether before the IP Commissioner or the DIFC Courts, the DIFC IP Law is a very positive addition to DIFC commercial laws and IP regulation. Notably, as well as introducing several best practice concepts and solutions to the wider UAE intellectual property landscape, the administrative remedies before the IP Commissioner and the statutory action for damages including worldwide damages for infringement of IP rights before the DIFC Courts are likely to be an important milestone for the protection of intellectual property in the UAE and the wider Middle East region.