The Need for Labour Law Reform in Egypt 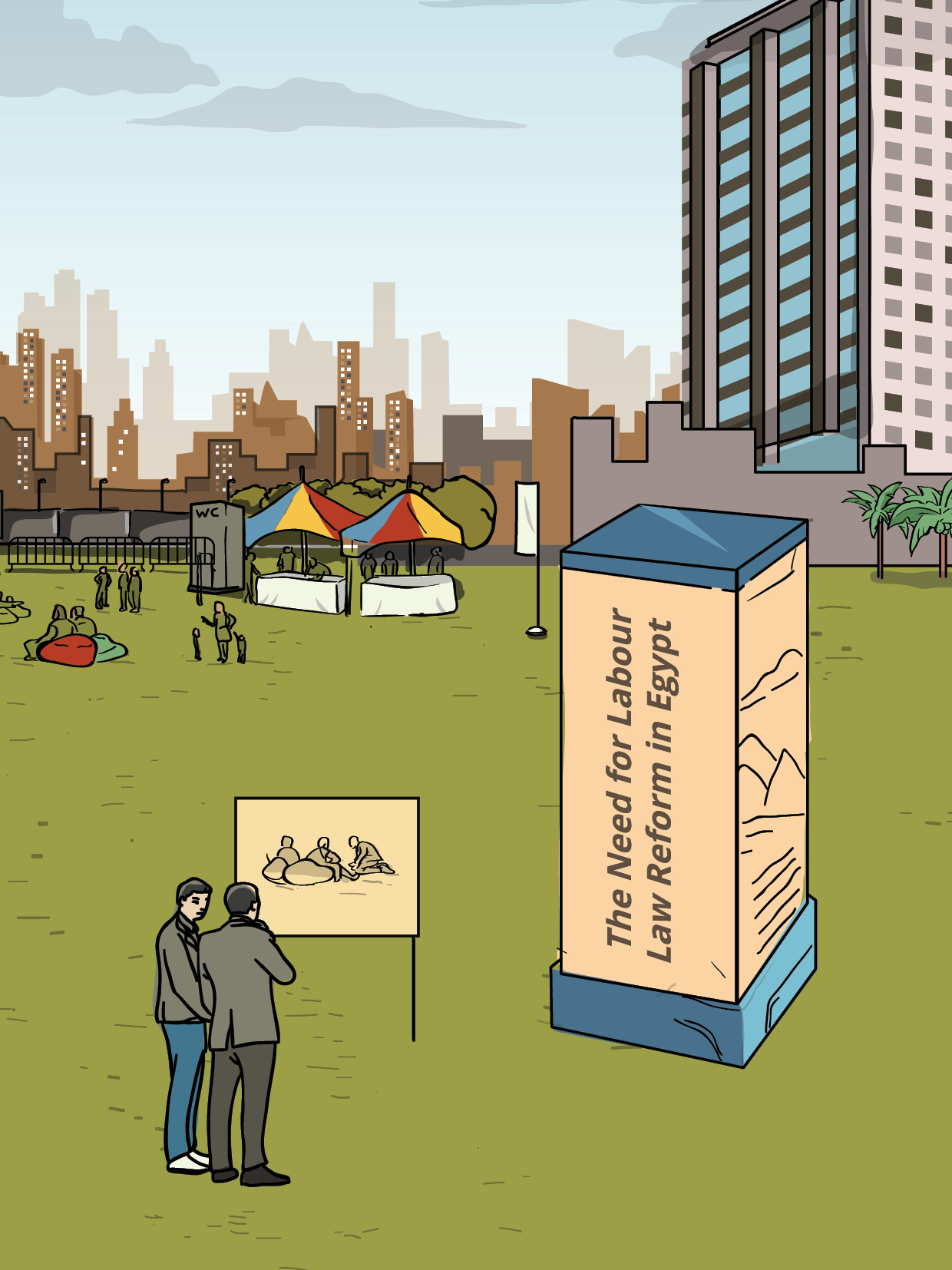 The Egyptian Labour Law needs significant changes in order to keep up with existing practices and in order to avoid exacerbating negative effects on the employer, employee and the economy at large. This is why a new Labour Law to replace the existing Labour Law is currently being discussed in the Egyptian Parliament. Though several important amendments are being discussed, the general direction in Parliament is still unclear. Moreover, the date of any promulgation is still difficult to discern given the discussions currently taking place. Therefore, instead of discussing the proposed amendments, which may or may not be included in the final version of the law, we shall address the need for reform from the perspective of companies, especially foreign entities, operating in Egypt.

The purpose of the need for reform is not to reduce the employee’s rights but to provide both clarity and flexibility to companies wishing to conduct business without the need to resort to unregulated solutions. It is all the more important to seriously discuss reforms in light of governmental efforts to increase Egypt’s global competitiveness in attracting foreign investment.

The current regime governing labour relations in Egypt has been in place since 2003 when Labour Law no. 12 (‘Labour Law’) which replaced law no. 127 of 1981 came into force. Although the Labour Law has only been in place for 13 years, its inability to deal with current market practices has been fairly obvious since its promulgation. However, in comparison to its predecessor, the Labour Law has made significant strides in the right direction, although it still remains unable to deal with some basic market trends.

One of the Labour Law’s main issues requiring reform is the type of employee it envisions protecting. It tends to deal with employees as manual labourers. While a significant portion of the Egyptian population do indeed work in the field of manual labour, a significant portion of the population has desk jobs. Moreover, given the changing nature of the Egyptian economy into a more capitalistic market, it requires corresponding legislative reform to ensure that neither employer nor employee is treated unfairly.

Lack of Clarity and Flexibility in Termination Procedures

There are two main articles governing termination by the employer in the Labour Law. On one hand, Article 69 provides for the instances of gross fault under which an employee can be dismissed or fired. Such instances include where an employee:

Moreover, such termination must be issued by the competent labour court.

The aforementioned articles trigger two issues. The first is the jurisdiction of the labour court to rule on the termination of the employee. The second is whether the employer has the right to terminate for incompetence after providing sufficient notice and without the need to resort to obtaining a court order.

The general academic consensus has been that termination cannot occur unless a gross fault, on par with those mentioned in article 69, occurs and that such termination must be effected by a court order. In addition, appropriate investigation procedures must be conducted.

It is worth noting that Article 122 stipulates that in the case of unfair dismissal, the labour court must award at least two months’ salary per year of service.

It is important to highlight the difficulties faced by employers who are forced to resort to court for an order to effect the dismissal of an employee. One of the most significant issues is the prohibitive duration and cost of court proceedings in Egypt. A simple dismissal case can take up to two years in court before a judgment is reached, not to mention the legal fees which are often more costly than the compensation itself. Labour courts are also often employee biased. Therefore, the court is likely to grant compensation to dismissed employees unless there was a clear and gross violation on their part.

As a result of such confusion, as well as the inhibiting conditions under which a termination can occur, employers often resort to one of two methods of dismissal that are not explicitly mentioned in the law. The first is to obtain the employee’s resignation through negotiation. This negotiation process can lead to a range of results depending on the severity of the violation starting with providing no compensation in case of a gross violation and ending with providing compensation equal to or exceeding the court-ordered compensation.

A second, more unjust method some employers use in order to avoid any potential termination issues is to have the employees sign an undated resignation letter when they are being hired. This obviously creates a great imbalance in the power dynamic between the employer and the employee and goes against the very spirit of the Labour Law.

The complications relating to employee termination may be resolved to the mutual benefit of both employer and employee through the implementation of a double-pronged solution.

On the other hand, the employer should have the right to dismiss the employee for any reason whether by way of lay-offs, redundancies and general incompetence, provided a notice of at least two months and a compensation of two months’ salary per year of service.

While this provision may have seemed beneficial to the employee at the time of promulgation, in practice, it tends to be more restrictive on both the employer and the employee. As there is no appropriate oversight of overtime work, it is very difficult to measure the amount of time employees actually spend in the workplace. The nature of work has changed quite drastically in the last few decades and it is not uncommon for employees to stay in the office for more than 12 hours per day. Therefore, the implementation of this provision does not necessarily benefit the employee because, more often than not, overtime is not compensated; and when it is compensated, it does not reflect the actual time spent as the employer must abide by the ‘10 hour’ maximum.

Provisions governing overtime tend to view the employee from the point of view of a shift worker who is being exploited by the employer and is overworked. While that view may have been prudent and accurate at a certain point in time, it has now become outdated with the current labour economy where employees are consistently asked to stay at work for no additional compensation.

Accordingly, it seems reasonable to conclude that the maximum working hours should be increased in order to afford employees a chance to increase their compensation, whilst also allowing the employer to respond to work demands as well as being cognisant of the fact that overtime must be fairly compensated. This solution will likely keep employers in check and employees comfortable in the knowledge they will be compensated for additional work.

Given the changing nature of the business world allowing for more mergers, acquisitions and restructurings to take place in Egypt, the Egyptian Labour Law should respond to such developments by creating a mechanism for the transfer of employees from one entity to another. Under the current Labour Law, there are no provisions regulating the transfer of employees. This has once again created unregulated solutions that are taken by employers in order to fill the gap in the existing legislation.

The current market practice treats the transfer of employees as a manual process of resignation from one entity and appointment by another. In addition to creating ambiguities as to how transferred employees should be dealt with, the lack of regulation creates additional steps to execute employee transfers, especially where they occur on a large scale.

Because resignations must occur in order to allow for the transfer of employees, some employees wish to cash out on compensation that may not necessarily be deserved since they are being offered another job and employers are left with no choice but to acquiesce to or provide further benefits to the employees in order to continue the transfer process. At the same time, employees who are not aware of their rights can be exploited by the employers as the latter can offer fewer benefits after the transfer is complete. This is made possible by the fact that the employees sign new employment contracts with new employers who are not technically obliged to keep the same benefits.

To avoid such issues, legislative intervention is required to retain the same benefits for employees and to count the previous employment period as part of the new contracts. Further, employees should not be entitled to compensation simply because the entity is changing in addition to maintaining the same rights and benefits.

The restrictive process of hiring foreign employees often leads to illegal actions by employers who may decide to hire foreigners without work permits and without paying the appropriate taxes or social insurance contributions. This means that not only is the process restrictive for foreign investors but it is also often ineffective in achieving the desired results. The solution to this issue is simple and could possibly have far-reaching effects on Egypt’s global competitiveness and productivity. By allowing foreign employees easier access to the Egyptian labour market through streamlining the work permit process as well as reducing the ratio or doing away with it altogether, we could see real and positive changes that could see tax revenues increase and companies hiring high calibre candidates that could enhance the quality of Egyptian labour.

The Egyptian government has taken serious and tangible steps in improving the conditions of doing business in and opening up the Egyptian market. These steps include legislative and administrative developments that have had a real and measurable impact on economic growth and the competitiveness of the Egyptian economy. However, there are still more improvements that need to be made in areas such as modernising the Labour Law.

In our experience, employers have no desire to limit the rights of employees. Instead, we have seen that our clients need more clarity and flexibility in dealing with employees without feeling the need to resort to unregulated solutions that may expose them to legal liability.

Consequently, we believe the need to reform the Egyptian Labour Law is paramount to Egypt’s continued economic success.