Stuck between a rock and a hard place… : The UK’s Unexplained Wealth Orders and the effect in the Middle East

The UK legislature has recently introduced domestic legislation aimed at money launderers, potentially resulting in unintended consequences for foreign nationals who have legitimate assets in the UK. These orders demand the intended target provide information about the origin of their wealth, and refusal to disclose that information may render the target subject to criminal prosecution in the UK. However, if the foreign national does comply with the Unexplained Wealth Order (UWO), then that individual may be subject to criminal prosecution in another State… a real Catch 22.

Controversially, there is no need for a foreign national to be accused of money laundering, or any criminality whatsoever, before they could be made subject to a UWO, which would lead to the freezing of their assets, or, worse, criminal prosecution.

The following article introduces UWOs to our clients and examines how one must be careful in weighing up their rights and obligations in respect of the request of a foreign State’s investigative authorities as it may impact their rights in the UAE, and around the GCC.

What is a UWO?

UWOs have been introduced in the UK at a time when London, and the UK, is facing scrutiny as a perceived hotbed of money laundering and revelry. A main proponent of UWOs has been Transparency International UK’s corruption taskforce, who, amongst others, have repeatedly called for greater investigative action to be taken in the UK against individuals and entities thought to have been complicit in corruption, and have led the drive to bring UWOs into action in UK law.

UWOs are given legal effect pursuant to the UK Proceeds of Crime Act 2002 Article 362A, as introduced by the Criminal Finances Act 2017, and is defined in the legislation as:

‘An unexplained wealth order is an order requiring the respondent [i.e. the target of the order] to provide a statement—

The clear advantage that UWOs provide for UK investigative authorities is that it is no longer necessary for the UK authorities to demonstrate that an individual has been subject to a conviction for a criminal offence (either in the UK or abroad) in order to obtain information and take measures against a specific property.

Two months after the introduction of the legislation, in March 2018, it would appear that the first orders are now being made. We have seen the first use of these orders, not on a UK national, but on an Asian politician who owns two properties, worth USD $30 million, in the UK. The specific identity of this individual has not been disclosed as matters are ongoing, and no further details are available publically.

This means that if an individual owns assets in the UK and they are made subject to a UWO, they will be forced to declare how they obtained this asset, and if they fail to do so they would be subject to criminal prosecution by the UK authorities. This may lead to foreign individuals being stuck between a rock and a hard place, with nowhere to turn and no route of escape.

Why is it Relevant To You?

As will be apparent from the first orders made against the Asian politician, whilst UWOs do apply to individuals who are reasonably suspected of being involved in crime, the UWOs will also target politically exposed individuals who have not been subject to criminal conviction, or investigation, either in the UK or internationally.

The definition of a PEP, or Politically Exposed Person, varies from State to State, but for the purposes of the UK legislation, the legislators have defined PEPs as the following:

‘(a) an individual who is, or has been, entrusted with prominent public functions by an international body or by a State other than the UK or other [European Economic Area] State;

(b) a family member of a person within paragraph (a); or

Evidently from this definition, paying particularly close attention to (c) namely ‘a close associate’ of an individual with prominent public functions, there is a very expansive definition of PEP, and this will likely include many unsuspecting individuals. The effect of this definition is that if you are an individual who has prominent public functions, or you are a close associate of another who has been entrusted with public functions, then you may now be targeted by the UK authorities with a UWO. Alarmingly, there is no need for you to have committed a crime, nor to have been suspected of being involved in a crime, for these orders to apply to you. 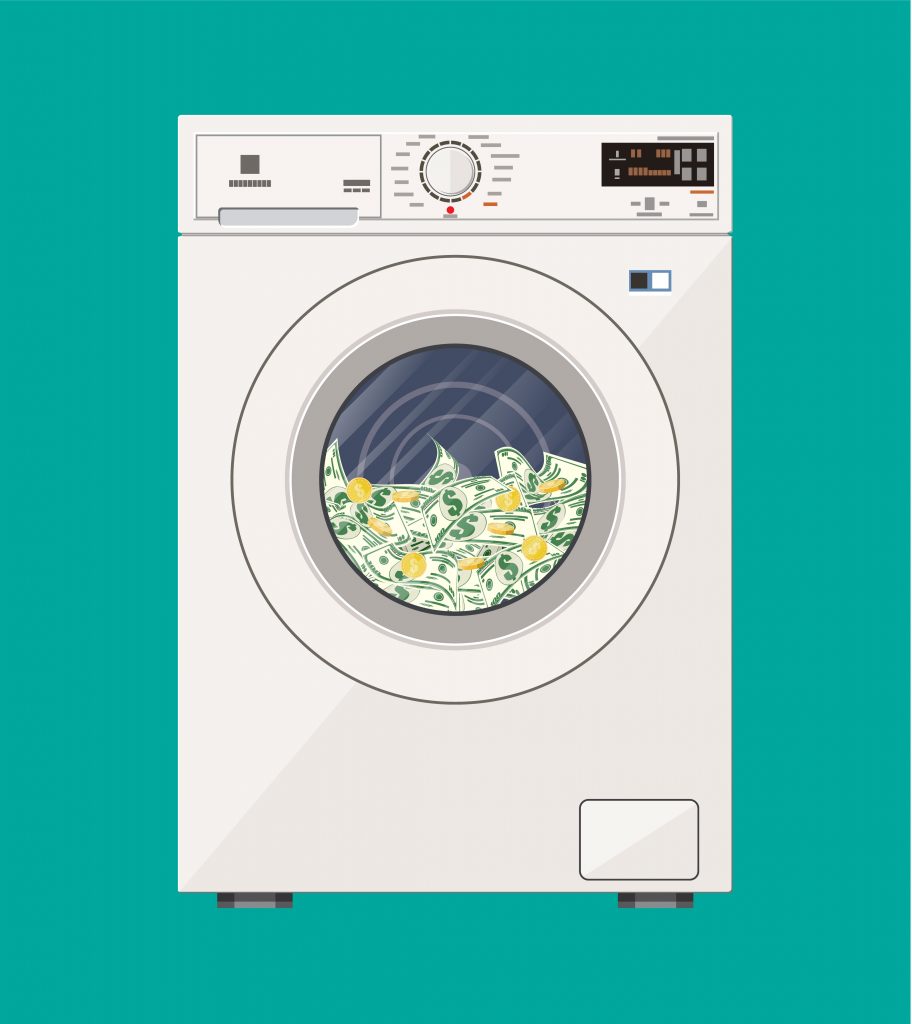 Specifically, when could a UWO apply?

A UK high court judge can give notice of a UWO if the judge is satisfied that it is likely that a foreign PEP (as defined above) is the owner of suspicious wealth in the UK beyond their means, and if all of the following provisions are met:

This legislation does not only target Foreign PEPs, but also where there are reasonable grounds to suspect any individual has been involved in serious crime.

Applications for UWOs may be made without notice. This means that there is no requirement on the UK investigative authority to notify the target of a UWO that they, or their assets, have been made subject of a UWO.

What assets would this apply to?

What is the effect?

Following the making of an order by the High Court, the Court may order an individual’s property to be frozen, which would preclude the subject of the order from dealing with the property. As these freezing orders may be made without notice, this means that an individual’s assets may be frozen prior to their knowledge of any order being made against them.

The UWO will mandate the individual to explain, at a minimum:

An explanation will be requested by the UK authorities where ‘there are reasonable grounds to suspect that the respondent’s known lawfully obtained income would be insufficient to allow the respondent to obtain the property’.

Should the target of a UWO fail to comply with an order, or provide inaccurate or misleading information, then they will likely be subject to criminal sanction in the UK and may face a period of imprisonment and a financial penalty.

Within the legislation, it is stated that a UWO could lead to criminal liability for a target if that individual fails, without reasonable excuse, to comply with the requirements imposed by the Court against that individual. There is no definition of what a reasonable excuse would be in the legislation, and is a subjective requirement that would be decided in Court during the course of litigation. 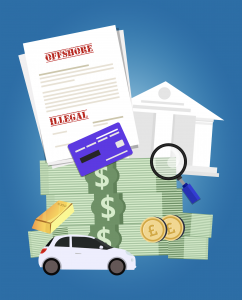 A View from the East: Stuck between a Rock and a Hard Place?

These orders, whilst designed to tackle money laundering on a global scale, and limit the use of the UK jurisdiction for those who seek to gain from their ill-gotten earnings, may cause legal difficulties for individuals based in foreign jurisdictions who are subject to UWOs – such as the UAE and the wider GCC – due to a conflict of laws between this UK legislation and that of other countries. This conflict could lead to an individual’s adherence to UK legislation meaning that the individual would be liable to prosecution in other jurisdictions.

Taking the UAE as a representative example of the Middle East’s approach to confidential or private information, the UAE’s jurisdiction imposes very strict obligations on an individual’s use and disclosure of confidential information. It is a criminal offence, pursuant to the UAE’s Federal Law No. 3 of 1987, as amended by Federal Decree No. 7 of 2016 (UAE Penal Code) to disclose secret information. Secret information is afforded an expansive definition in the UAE Penal Code and it is commonly viewed any information that is confidential, i.e. not in the public domain, and that an individual possesses due to their employment or individual nature.

Furthermore, due to the extraterritorial nature of the UAE Penal Code, should an individual commit a crime that is wholly or partly committed within the UAE, then that individual would be bound by the provisions of the Penal Code, and would be bound by provisions such as the disclosure of secret information. Specifically, should an individual be requested to provide secret information, such as the source of funds from a business entity, to the UK authorities, and that information relates to a UAE business or UAE based individual, then if the material or information is disclosed following a UWO in the UK, then in the UAE the individual may be subject to criminal prosecution for disclosing that exact information.

There is no exception afforded under UAE domestic legislation that would permit an individual to disclose confidential information to a foreign investigative authority (such as the UK’s Serious Fraud Office, Financial Conduct Authority, or National Security Agency). Should that individual disclose such information to the UK’s, or any other foreign State’s, investigative authority, then that individual may be liable to prosecution in the UAE in the same manner as though the disclosure had been made to a private individual or entity.

Prosecution for disclosing confidential information is a serious offence in the UAE, and one that may carry a mandatory minimum period of imprisonment. Accordingly, the stakes are very high when one is subject to an international request for judicial assistance, in any form, and it is for that reason and in order to assist with international criminal investigations that the UAE has entered into number multilateral and bilateral treaties aimed at assisting mutual judicial assistance requests. As with most international requests from law enforcement agencies, such requests should follow the usual diplomatic channels through the deployment of letters rogatory.

The difficulties for UAE individuals would not stop simply at the threat of criminal sanction, but also according to the UAE’s Labour Law, should an individual disclose the secrets of their employer, then the worker may be dismissed without notice and forfeit their entire severance pay.

Accordingly, the receipt of a UWO in the UK demanding that an individual provide information to the UAE authorities may conflict with the statutory protection relating to confidential information (or other laws) in a foreign jurisdiction, such as the UAE. This would lead to the precarious situation where an individual may face prosecution in the UK if he doesn’t comply with the UWO, but criminal prosecution in the UAE if he does comply.

The above example and review provides a very high-level overview of the competing laws that the UK’s UWOs may catch. Whilst the UK legislation will no doubt serve as an effective deterrent and useful tool in minimising global money laundering, and limiting the attraction of the UK for criminals, it may have unintended consequences for foreign nationals holding legitimate assets in the UK. Prior to making any response to a request for assistance, it is imperative that the recipient apprise themselves of all legal considerations to ensure that they are not jumping out of the frying pan, but straight into the fire.