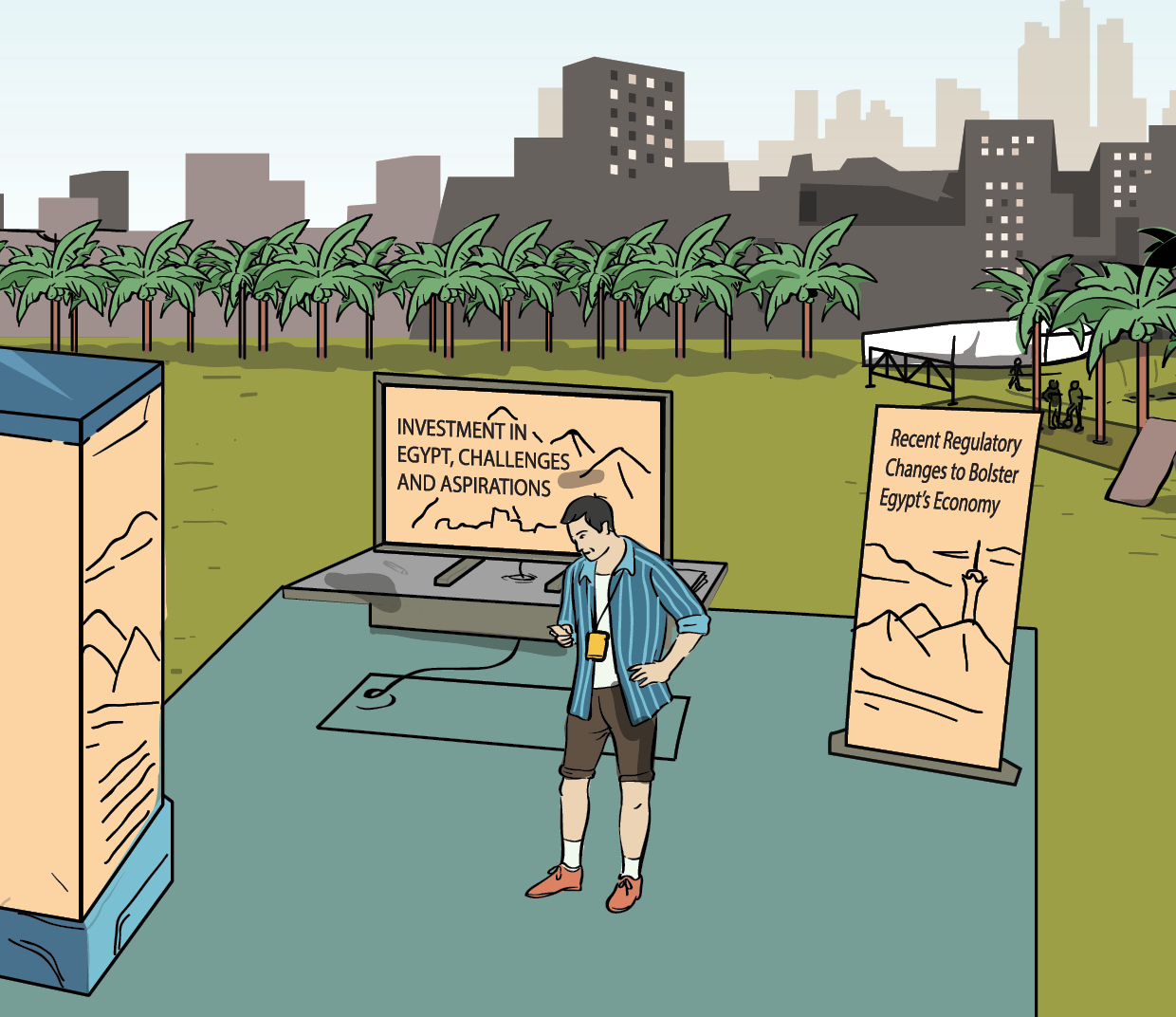 The last few years have witnessed a noticeable and tangible improvement in the business conditions in Egypt due to legislative and procedural overhauls that have made Egypt a competitive, emerging market. Such developments include the issuance of the new Investment Law no. 72 of 2017 (‘Investment Law’) and the recent amendments to the Companies Law no. 159 of 1981 (‘Companies Law’). Driven by such developments, the General Authority for Investments (‘GAFI’) has taken measures to improve business conditions and streamline bureaucratic processes by creating new regulations and activating existing provisions in the Investment Law and the Companies Law.

Among the existing provisions that GAFI activated was the requirement to register the shares of a joint stock company in a central depository company even if the joint stock company is not publicly listed. If a company does not register its shares, GAFI will not ratify any of its decisions until it does so.

This requirement is also quite beneficial to minority shareholders who can obtain their dividends directly through the depository. Otherwise, they would have to go through the company’s board of directors. Moreover, it allows for easier and more transparent tax collection as the Central Depository is tasked with deducting the dividend taxes before distributing the dividends.

Among the most important regulatory developments that have taken place in the last year or so has been in relation to limited liability companies.

One of the main impediments to establishing a limited liability company, which is the most common corporate entity in Egypt, was the requirement to deposit the capital of the company prior its establishment. This necessitated opening a pre-establishment bank account for the prospective company which could take weeks, depositing the capital into the account, and issuing a bank certificate to that effect. This obviously created many delays, especially for non-Egyptian and corporate shareholders. Instead of the process taking two – three weeks from start to finish, the process was extended to five – six weeks.

Following recent regulations, issuing a bank certificate before establishment is no longer required. In practice, we note, this has had the impact of expediting the process.

Another important development has been the removal of the requirement on limited liability companies to have at least one Egyptian manager at all times. This requirement was an impediment for foreign companies that do not have local managers on its payroll. Usually, foreign companies appointed a manager from outside its organisation and provided them with limited management and signatory powers. As such, the requirement was both unnecessarily onerous and futile. This amendment has proven to be a positive step towards modernising the Egyptian corporate environment.

Representative offices in Egypt are legal vehicles designed to encourage investment by allowing foreign companies to study the market on the ground without the need to register as a company or branch. The status of representative offices allows them to obtain several tax exemptions as they are not meant to make profits. They are also meant to exist for a finite amount of time before deciding whether to finally invest in Egypt. However, on more than one occasion, foreign companies have used representative offices to establish a presence in Egypt and operate commercially, while also being able to obtain visas for their employees.

As such, the Egyptian government, through ministerial decree, has resolved to regulate some of the governance challenges in relation to representative offices.

The representative office is also given a deadline of three years from its registration to establish a company or open a branch, subject to renewal from GAFI or its Chairman. This provision comes in stark contrast to previous legislation that allowed representative offices to function with no time limit.

Representative offices that violate the purpose of studying the market and engage in commercial activities will be required to open a branch or incorporate a company within six months; otherwise, they will be de-listed.

It is worth noting that this decree does not apply to representative offices of foreign banks which fall under the jurisdiction of the Central Bank of Egypt.

In light of recent legislative amendments, the Ministry of Investment has issued a decree with new standard articles of incorporation for joint stock companies, limited liability companies, and single member companies in order to match the amendments made to the Investment Law and the Companies Law.

Application Issues in the Investment Law

Despite the paradigm shift that the Investment Law has created in Egypt in terms of its impact on investment, it also presents some issues in its application that GAFI is currently trying to resolve. For example, the Investment Law has stipulated that a Notary Public fee of 0.25 percent of the capital of a company will be applied on companies seeking to ratify its articles of association or any further amendments. The fact that the Investment Law did not set a maximum fee raised issues which, according to the Chairman of GAFI, led to a situation whereby, in one instance, a company was forced to pay EGP 44 million to change its address.

However, GAFI has been consistently working to resolve this issue. To this end, it has been pushing parliament for an amendment to the Investment Law that will see the fee capped at EGP 10,000. It is hoped GAFI will be able to present the draft amendment to parliament and obtain the approval of the economic committee which will then put the amendment to a general vote.

Recent developments in reducing bureaucracy, either driven by legislative changes or regulatory initiatives, have been central to the continuation of Egypt’s economic revival. However, bolder steps are required to further streamline the bureaucracy that has long plagued the Egyptian administration and overshadowed many legal developments.