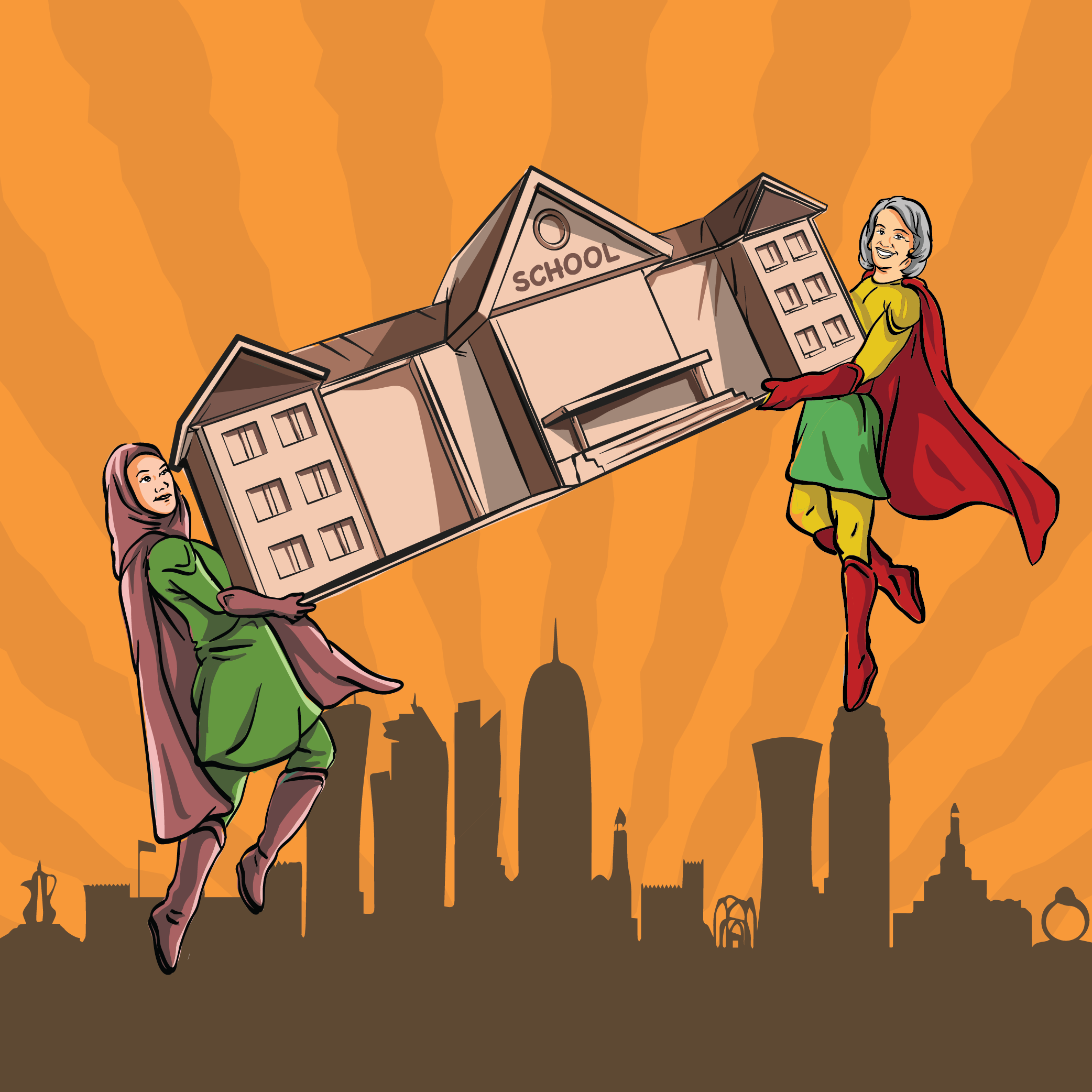 For people living outside of the country, it must sometimes appear that Qatar’s sole purpose is to host the next World Cup. There has been a great deal of coverage in the global press relating to the event and to projects related to its successful delivery, such as the construction of an entirely new metro system, the brand new city built around the main stadium and the expansion of the main airport. However, on a day-to-day basis, there are equally significant ongoing developments relating to the social and economic situation within Qatar, one of the most important of which is the government’s policy to expand and improve the provision of education.

2022 is a key date in the Qatar calendar for football-related reasons. However, it is also significant because it is the year that the first schools constructed via the new public-private partnership (‘PPP’) will be opened. The government recently launched the PPP initiative, with plans to build 45 new public schools at a capital cost of QR4billion (approximately US$1.1 billion) to provide an additional 34,000 student places. The schools PPP, whilst common in many other countries, is the first time this type of partnership has been used in Qatar for social infrastructure. The PPP is attracting a great deal of interest from education providers, the construction industry and financiers as the private sector will design, build and operate the new schools.

There are currently approximately 304 public schools, 541 private schools and 16 universities in Qatar. Fees are forecast to increase from US$1.4billion in 2016 to US$2.4billion by 2023. The highly impressive Education City is nearing completion, with its range of campuses of internationally renowned universities including prominent US and European establishments spread over a 12 km square campus.

The key driver for the rapid expansion in education provision is rapid projected population growth in Qatar. Between 2015 and 2030 there is forecast to be a 53 percent increase in population to 3.7million, with nearly 70 percent of this increase coming from immigration. Clearly as the population increases, more school places will be required. More than that however, the government’s stated policy is to improve the quality of education provision, not just the spaces. Qatar already has the highest literacy rates in the GCC (at nearly 98 percent according to a recent independent survey), and rates have been increasing year on year. An education conference hosted in Qatar focused on the theme ‘Education that matters’; an education of both quality and quantity is what matters. The Qatar Foundation is a non-profit organisation made up of more than 50 entities working in education, research, and community development. Whilst not strictly government run, it is closely aligned with the educational policies and objectives of the country and provides huge resources for the education sector, a sign of the importance of education in Qatar.

So, what are implications for the education sector in Qatar? The most obvious is the need for more student places. A number of the major educational establishments in Qatar have undertaken significant developments to expand. In a very short term this has presented opportunities for construction companies and the lenders which have financed these works. It is a reflection of the outlook for education in Qatar that a number of lenders (both domestic and international) have been targeting the education sector in the country, committing significant resources thereto. As a result, the financing market has become fiercely competitive, with margins compressed and available debt multiples increasing.

PPP offers an entirely new opportunity to a new range of potential operators in education in Qatar. The significant decentralisation that PPP involves, as well as the possibility of operators bidding for single or multiple packages should open up the pool of potential operators, to both existing providers and new to the country. The PPP announced to date is divided into six investment packages, to be offered on a staggered basis. The banking sector, which will be vital for the success of PPP, has been enthusiastic in its support.

PPP and the overall need for more places should make Qatar an interesting destination for domestic and international education providers. However, the rapid population increase that underpins the expansion in places also creates challenges. Clearly the forecasts are just that, and external political and economic factors could knock the population growth off its projected curve. Planning and funding places for students who might not yet even be born and certainly do not yet live in Qatar is challenging. PPP de-risks this to an extent as the government provides certain assurances as to demand and cash flow. However, the government clearly cannot guarantee profitability, and PPP only makes up one part of the overall education sector.

The focus on improved quality of education is also significant; it is a reflection of the maturing nature of the country and its desire to invest in its population and diversify its skills base. In the short and medium terms an increase in spending will be required to achieve this aim. Consistent with other countries in the GCC, Qatar is aiming to make the economy less dependent on hydrocarbons and also rely less on imported skills and experience. As the OECD states in relation to its education work, knowledge and skills ‘drive better jobs and better lives, generate prosperity and promote social inclusion.’ 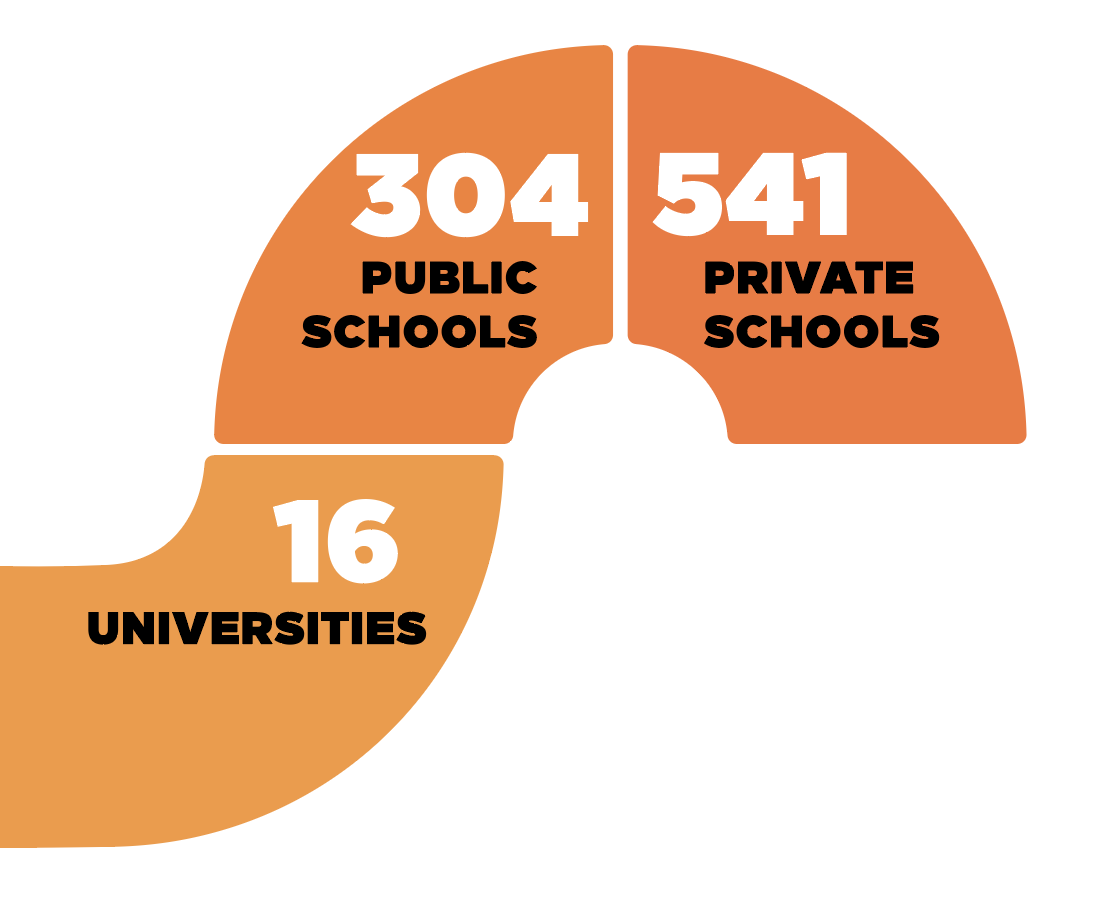 An additional educational challenge that Qatar faces is a consequence of its relatively small population (despite the projected growth) and the fact that a significant majority of its population is made up of ex-pats from a very wide range of countries. Ex-pats will often want their children educated in an establishment that teaches in a manner consistent with their home country, and often in their native language. This has resulted in very disparate provision of schooling, often in small schools. Scaling some of these schools up to meet increasing demand could be challenging.

There is also, of course, the question as to who staffs all of these new and expanded schools. There will be a consequential increase in demand for teachers, assistants, administrative and support staff. As there will be specific language and experience requirements, schools and universities will need to cast their nets wide to attract staff, including those who currently live abroad and who might never have considered moving to Qatar. Qatar has, to date, been seen by some as a poor relative of other parts of the GCC, not a destination of choice. The government has recognised the need to make Qatar an attractive place to live as well as work and there has been a great deal of investment in culture (including the truly world-class National Museum of Qatar and the Qatar National Library), entertainment and retail experiences.

The education sector in Qatar is growing rapidly and maturing alongside the country as a whole. The need for education, both in coverage and quality, has never been greater. The commitment of the government to the sector, as well as the enthusiasm from operators and funders, should mean there are excellent opportunities for those prepared to meet the challenges. It will be interesting to see how education providers respond.