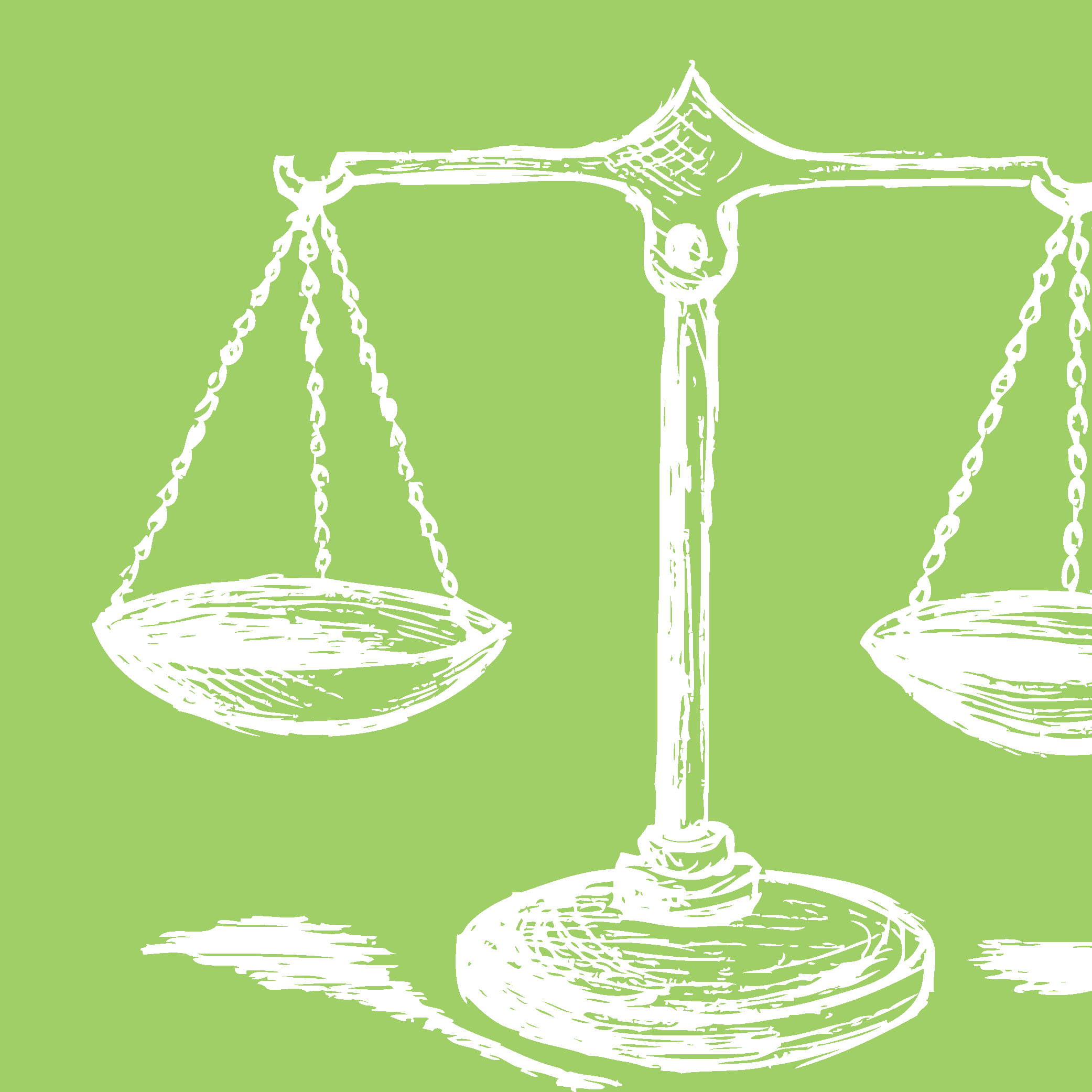 This article considers the circumstances in which a person has the power to bind a company to an arbitration clause and whether the situation has changed in light of the introduction of the new UAE Arbitration Law 6 of 2018 (‘UAE Arbitration Law’) and recent case law. The article will also look at related issues such as the impact of the potential change in the court’s view of arbitration as an ‘exceptional’ means to resolve disputes and the definition of ‘special authority’.

Under UAE law, each party’s capacity to agree to arbitration is governed by Article 11 of the UAE Civil Code which provides: “(1) The law of the state of which a person has the nationality shall apply to the civil status and competence of such person but nevertheless in property dispositions transacted in the State of the United Arab Emirates the results of which materialise therein, if one of the parties is an alien lacking capacity and the lack of capacity is attributable to a hidden cause which the other party could not easily discover, such cause shall have no effect on this capacity. (2) With regard to the legal regulation of foreign juridical persons including companies, associations, establishments and otherwise, the law of the state in which such bodies have their actual main administrative centre shall apply thereto, and if such a body carries on an activity in the State of the United Arab Emirates, the national law shall apply.” In the latter respect, arbitration agreements governed by UAE law and signed after the UAE Arbitration Law came into force (16 June 2018) will be governed by the UAE Arbitration Law.

When a Person can bind a Limited Liability Company to Arbitration

Under the Civil Procedure Law

Under the former arbitration provisions of the Civil Procedure Law, an express agreement to arbitrate was essential for a dispute to be resolved by arbitration and to show that the parties had agreed to opt-out from the court’s jurisdiction.

Any person signing on behalf of a company had to be authorised to sign such agreement. In Dubai Court of Cassation judgment (Civil Appeal) 252 of 2010 dated 13 March 2011, the court held that:

General managers were authorised to sign on behalf of a limited liability company unless the memorandum of association stipulates otherwise. When an issue arises, it typically concerns someone other than the general manager who has signed the arbitration agreement (see also Dubai Court of Cassation judgment 301, 303-2015 dated 28 January 2016).

Under the UAE Arbitration Law

Article 4 (1) of the UAE Arbitration Law provides “Only the natural person, who has the capacity to dispose of rights, or the representative of the legal person, who is authorized to conclude the agreement on arbitration, may enter into an agreement on arbitration, otherwise the agreement shall be null and void.” This article distinguishes between a legal person from a natural person by providing a different test for each. The current test for natural persons will be the capacity to dispose of the right while the test for a legal person’s representative will be ‘the authority to arbitrate’. With respect to legal persons, it is yet to be seen whether the court of cassation will adopt the approach of (good faith) or the approach of (special authorisation) in its application to Article 4 of the UAE Arbitration Law, given that this Article should, in principle, only govern arbitration agreements signed after the UAE Arbitration Law came into force.

Article 203 (4) of the Civil Procedure Law (which was repealed by the UAE Arbitration Law) provides that “An agreement to arbitrate shall not be valid unless made by a person having the legal capacity to dispose of the right in dispute.” This article provided a single rule for both legal and natural persons.

This leads us to discuss two approaches adopted by the court with respect to the issue relating to the capacity to agree to arbitration on behalf of companies. Some courts apply the principle of good faith (if a person seeks to set aside what he/she has conclusively performed, his/her attempt shall be rejected) while other courts hold that the principle of ostensible authority is not recognised in arbitration agreements and that special authorisation is required from a general manager to an officer/employee of a company.

With respect to the first approach (good faith), the Dubai Court of Cassation recently ruled in one case (Dubai Court of Cassation judgment 1225 of 2018 dated 17 March 2019) that where the name of a company is set out in the preamble of an agreement, without the name and capacity of its legal representative, and is signed with an illegible or legible signature (and the contract contains an arbitration clause), a conclusive legal presumption arises that the signature is that of the legal representative of the corporate entity and that he or she has the authority to agree to arbitration. 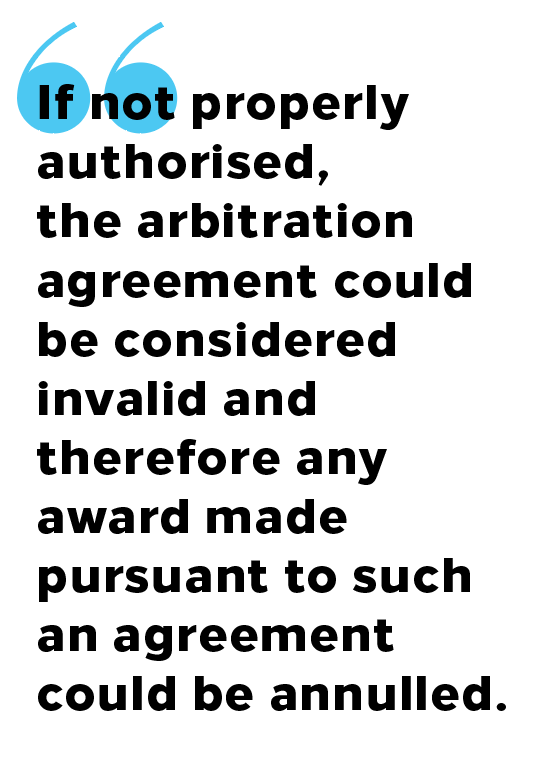 It cannot then be argued that the signature is not that of the person legally authorised by the corporate entity to make dispositions and agree to arbitration as this will be contrary to the principles of good faith. Article 70 of the UAE Civil Code forbids a person to set aside what he or she has performed. Further, in accordance with the rules of evidence, no person may rely upon his/her own faults or his/her employee’s faults as proof of the validity of his/her allegations against a third party (Dubai Court of Cassation judgment 1225 of 2018 dated 17 March 2019).

The 2019 judgment is consistent with the position under the Civil Procedure Law, prior to the enactment of the Federal Arbitration Law. Thus, in Dubai Court of Cassation judgment 301, 303-2015 dated 28 January 2016, the court held that the “Partners’ General Assembly may place restrictions on the manager’s powers if they are absolute under the memorandum of association and add further restrictions to those under the memorandum of association. Restrictions on the manager’s powers are only effective with respect to internal relations between the manager and the partners and may not be relied upon against third parties.” This decision acts as a safeguard against those who sign on behalf of a company prohibiting them from then claiming they had no authority.

With respect to this approach, some courts, based on the general view that arbitration is an exceptional means for resolving disputes, confirm that special authorisation is required for any person, other than the general manager, to bind a limited liability company.

“It is settled in the Court of Cassation that an agreement to arbitrate shall not be valid unless made by persons having the legal capacity to make a disposition over the right, subject matter of the dispute and that the manager of a limited liability company has full powers to manage the company and the legal capacity to make dispositions over the rights relating to its activities, including an agreement to arbitrate in contracts made between the limited liability company and third parties, unless the manager has delegated his authority to arbitrate under a special power of attorney.”

In this case, it was clear from the Appellant’s trade licence that it was a limited liability company with a general manager who was named on the licence. It was also clear from the construction agreement, which was the subject of the claim that it was signed, on the Appellant’s behalf, by its CEO. There was nothing on record to indicate that this CEO had delegated authority from the Appellant’s manager to enter into an arbitration agreement. The arbitration clause was therefore considered void due to the absence of a ‘special power of attorney’ from the company’s general manager to the company’s CEO.

According to the second approach applied by the courts, the so-called ‘apparent authority’ rule did not apply. As the Dubai Court of Cassation in Decision 182 of 2018 dated 20 May 2018 noted:

“The doctrine of apparent authority is inapplicable in the context of an agreement to arbitrate whose parties must verify each other’s capacity and competence to enter into such agreement which entails a waiver of filing the case to the courts, including related guarantees.”

The Courts’ view of arbitration may change in view of the enactment of an arbitration friendly new law and a desire to not impede arbitration proceedings in the UAE. In Dubai Court of Appeal Judgment 8 of 2018, which considered a grievance against enforcement or challenge of an award, the court held that:

“Arbitration is not an exceptional means of resolving disputes but an alternative means that shall be followed once its conditions are satisfied. Arbitration is a matter of the parties’ intent and giving expression to their intent in a written agreement, whether in the form of a separate agreement or as a clause within a contract. In all cases, the law requires that such agreement be evidenced in writing.”

Should the Courts of Cassation in Dubai and Abu Dhabi and other UAE courts affirm this new approach, the impact on the interpretation of arbitration agreements and their validity could be significant. In the above case, the court highlighted the principle that contracts must be performed in accordance with the requirements of good faith. As a result, issues relating to the authority of the signatory to an arbitration agreement may not be subject to such a strict interpretation as it has been in the past.

The judgments above highlight the importance of a legal representative to be explicitly authorised to sign arbitration agreements. However, in practice, we are witnessing a change in the courts’ approach in their interpretation of what binds a company to arbitration based on the principles of good faith and the courts’ evolving view of arbitration as a means of resolving disputes.