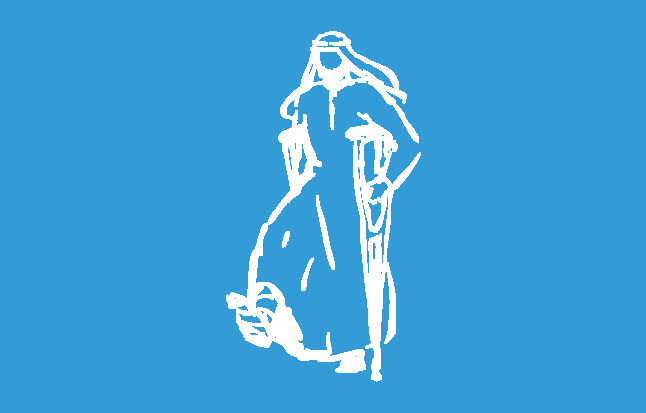 In the UAE, a claimant may seek moral damages to compensate for non-financial loss. This form of compensation is not awarded to punish the defendant but, instead is awarded as reparations for physical injury caused by an accident that will inevitably cause pain and suffering for both the victim and his family. The question is, when are damages for this type of injury recoverable in the UAE? This article will examine the issues that relate to establishing and quantifying moral damages in the UAE with reference to case law.

Physical injuries are associated with sensory pain felt by the victim which are the physical effects of injury. There is also a psychological and an emotional component to non-fatal physical injuries including that associated with physical disfigurement. According to the Ministry of Justice’s commentary on the Civil Transactions Code (Federal Law No.5 of 1985; ‘the Civil Code’), grief, disgrace and disfigurement all qualify as moral damage. The victim may also feel inadequate due to physical disability or a fear for one’s family’s future and one’s ability to take care of them. These all qualify for compensation for moral damages; however, the approach by the UAE courts vary.

The Position Under UAE law

There is no explicit UAE law which allows for the recovery of moral damages arising out of or relating to physical injury. However, Article 293 of the Civil Code provides:

Although Article 293(1) relates to tortious liability, the UAE Courts have provided compensation for moral damages in the course of contractual liability as well.

The UAE Courts also apply Article 293(2) of the Civil Code to grant spouses and relatives the right to recover moral damages for the death of a victim. It is argued by many litigators that it is not reasonable however, to allow a surviving relative to recover for pain and suffering caused by the death of a relative but not allow the victim himself or herself to recover for his or her own suffering if their injuries are not fatal.

The Ministry of Justice’s explanatory notes also provide an explanation on the rule relating to transferability of the right to recover moral damages. The “right applies also to compensation payable to a spouse or relative. Such compensation shall pass to the heirs only if it has become of ascertained amount by judgment or agreement.”

The UAE Courts have consistently allowed the recovery of moral damages in personal injury cases.

“It is settled that moral damages are recoverable in addition to material damages without the risk of double recovery.”

The Dubai Court of Cassation has also held that:

“The assessment of damages is a question of fact for the trial court. The Court of Appeal has identified the elements of material and moral damage in assessing the Respondent’s recovery of damages. Those elements were noted as being the Respondent’s various physical injuries and the consequences of time off work for medical treatment. Her moral damages include pain, grief, and distress over what she has suffered. The exception taken to the Court of Appeal’s decision in this regard is accordingly baseless. Based on the foregoing, the cassation petition shall be dismissed.” (Cassation No. 345 of 1999 [Civil]).

A victim’s family can recover compensation for a victim’s injuries caused by an accident. Their suffering could be severe if the victim’s injuries were fatal. A number of key principles and statements provided in UAE case law shed light on the Courts’ approach with respect to the recoverability by a family member.

As mentioned above, the spouse and relatives can claim for moral damages for the death of the victim. A valid marriage must have existed at the time of death, and ‘relatives’ are defined as family members. Article 76 of the Civil Code provides that “1. The family of person shall consist of his spouse and relatives. 2. All persons coming from a common stock shall be deemed to be relatives.”

As such, relatives can be lineal, such as a daughter or son, or collateral, such as siblings. The provision does not specify a degree of kinship and leaves the matter for the courts to assess everything on a case–by-case basis. The relatives of the family who have suffered moral damage due to the death of the victim would then have to be identified, noting that in-laws, and other persons having no common stock, do not qualify for a claim for damages within the meaning of Article 76.

Article 293(2) cites death as the sole basis for permitting qualifying spouses and relatives to recover moral damages for pain caused by the victim’s physical injuries and so, by its express terms, would rule out the recovery of moral damages if the injuries resulted in physical deformities or disabilities. However, court rulings vary on this matter as explained below.

The Abu Dhabi Court of Cassation has held, and the Federal Supreme Court has concurred with the finding, that Article 293(2) cannot be a basis for any entitlement to recovery for non-fatal physical injuries. The Court of Cassation held that: “This Court has held that the law establishes the right of recovery for moral damages then specifies the parties entitled to claim such damages as the aggrieved party and the party morally injured by the death of the victim (spouses and relatives) which accordingly bars the latter from recovering moral damages if the injury is non-fatal” (Abu Dhabi Court of Cassation – Cassation No. 113, 114-2016 – JY11 – 19.02.17, Federal Supreme Court – Cassation No. 134, 137, 138 of JY 20 [Civil]).

The Dubai Court of Cassation holds a different view to the Abu Dhabi Courts and consistently entertains claims for moral damages from spouses or relatives of victims who have sustained physical injuries. Its rulings confirm that the purpose of Article 293 is to identify the parties entitled to claim moral damages for the death of the victim, namely spouses and relatives, to the exclusion of all others. Indeed, the legislative provision in question does not specify standards for claims in terms of death or non-fatal physical injury, but aims to identify the qualifying parties in case of death according to the general rule that compensation includes actual damage. As a result, the Dubai Court of Cassation has held that a person is entitled to recover damages for suffering caused by the injury of his or her relative, be it fatal or otherwise.

The Dubai Court of Cassation also held that the law permits the recovery of moral damages in principle, then restricts the right by reference to the qualifying parties, limiting it in the case of death of spouses and relatives of the family, which is an identification of the persons who are entitled to recover for moral damages and not a delineation of the circumstances and grounds under which a recovery may be pursued.

Article 293 (3) of the UAE Civil Code and the Ministry of Justice Commentary show that compensation for moral damages payable to the injured party himself will not be transferred to the heirs after death, unless the amount has already been determined under a private agreement or by a judgment that has achieved the force of res judicata. That is because that kind of compensation has a personal character. Therefore, it cannot pass by inheritance unless it has taken on a financial character after having been finally assessed by consent or by a judicial order.

It is further settled that physical injuries necessarily and logically entail moral damages for the victim and his or her family members. The assessment of damages in such cases is a matter within the discretion of the trial court. (Dubai Court of Cassation – Cassation No. 307-2014 – 08.01.15).

Although the Dubai Courts approach provides reasonable protection for the victim, it is worth noting that the language of Article 293(2) is clear and limits those who can recover to spouses and relatives. However, other people who suffer non-pecuniary loss, as a consequence of the victim’s physical injury, but who are not a spouse or a relative, have no entitlement to a claim for damages. The Ministry of Justice’s Civil Code commentary explains that the degree of closeness of relatives entitled to compensation is left to the discretion of the judge in the UAE.