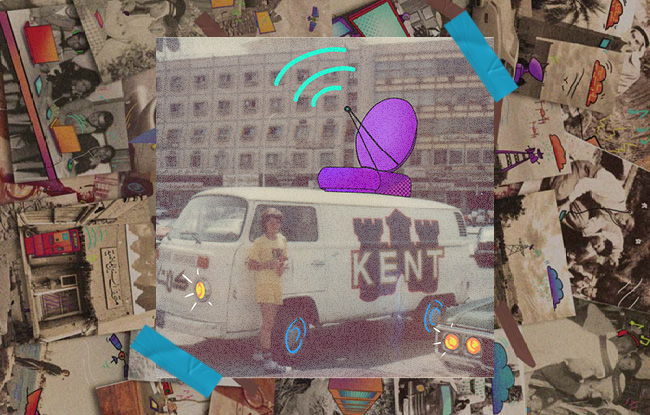 For decades, Egypt has been considered the Middle East’s  Media hub directing the Arab world’s current and upcoming trends. Through the years, Egypt has introduced movie stars, singers, talk show hosts, journalists, producers and more related professionals from all over the Arab world.

While many productions were consequently taking place in Egypt, the guidelines, permits and censorship rules were still a grey area that prohibited some productions from going forward and others from being broadcasted in Egypt even if the latter were not produced in the country.

As these prohibitions were mostly subject to general rules scattered in outdated legislations, the need for legislative and institutional reform in this fast paced field was long overdue.

In this regards, productions taking place in Egypt were subject to the provisions of multiple laws and decrees, mainly law no. 430 of 1955 regulating censorship on movies, magic lantern slides, songs, plays, monologues, discs and sound recording tapes (the “Censorship Law”) and the decree no. 220 of 1976 regarding the basic principles of censorship on audio and audio-video works (the “Censorship Decree”).

The provisions of the above legislations provided rules that were merely regulating the production of artistic works and their licensing at the Censorship Authority aiming at the emphasis on religious, moral and ethical standards.

These general rules were hence insufficient to address growing developments and the introduction of multiple platforms on which said works maybe broadcasted. The definition of artistic works also lacked the proper coverage for content produced and broadcasted on the internet and platforms that were not present at the time of the issuance of the said decrees.

The Press and Media Law no. 180 of 2018 (the “Press and Media Law”) and its executive regulations were hence promulgated followed by several regulatory decrees issued by the Supreme Media Council in attempt to regulate press and media outlets licensing and content publication and broadcasting in Egypt.

Attempting to further regulate newly founded platforms and means of publication, the Press and Media Law has included audio, video or electronic media and electronic commercial media or advertising services in its definitions as regulated content.

Satellite channels, e- media, websites including even personal websites, personal e-blog or personal e-account with at least five-thousand followers are defined as falling under the scope of application of the said law as well.

Initially, the Press and Media law has dictated the long-standing principle allowing for the freedom of expression in compliance with the provision of the Egyptian Constitution.

The Press and Media Law then prohibits a press institution, media outlet or website from broadcasting or transmitting any content or advertisement that conflicts with the provisions of the Constitution, incites violation of the law, violates public order or public morality, or stirs up discrimination, violence, racism or hatred and untrue news, defamation of the honour of individuals, or involve blasphemy.

Similarly, for national security considerations, the Supreme Media Council may prevent the newspapers, media or advertising contents, which are released or broadcasted from abroad, from being broadcasted, circulated or otherwise transmitted in Egypt. The said council shall also prevent the circulation of publications or content of pornographic nature, those addressing religions and religious creeds in a way that disturbs the public peace, or those inciting discrimination, violence, racism or hatred.

As the application of the above provisions is still unclear, one of the first precedents on the Press and Media Law being a judgment rendered by the administrative court at the end of last January in relation to content being viewed in Egypt has shed some due clarification on the scope of censorship by the Supreme Media Council.

The judgement was issued against a negative decision by the Supreme Media Council to block specific content on “YouTube” which was claimed to be in violation of religious beliefs and Egyptian morals affecting public peace.

Explaining that freedom of expression is stemming from the abundance of human dignity, the said judgment has emphasized on freedom of expression being considered one of the main pillars of the rights and freedoms structure found in the Egyptian legal system, as it is the origin to many other social, cultural and intellectual freedoms, including media freedom.

Later addressing the matter at hand, the said judgment has in its reasoning provided that as a foreign entity YouTube and similar institutions are not considered to be subject to the provisions of the Press and Medial Law given its status as an entity that is not present in Egypt nor licensed by the Supreme Media Council.

However, it also provided that as the Supreme Media Council has supervision authority over content viewed in Egypt it can and should block content that is considered in violation of the Egyptian morals or any prohibited content under the provisions of the law.  The Council’s authority as regulated by virtue of decree no. 363 of 2020 regarding the formation of the Supreme Council for Media Regulation may take appropriate measures against any such violation, including the deactivation or removal of a website in accordance with the authorities granted by the provisions of Article 71 of the Press and Media Law.

The judgment concluded that the screening of the movie in Egypt is considered to be a violation with the public order requirements where religion is considered to be a taboo, explained by the court and while the law gave the Supreme Media Council a protective function, the Supreme Media Council is then entitled to prohibit content that addresses religions and religious creeds in a way that disturbs the public peace from entering Egypt which extends to content transmitted from abroad.

In light of the above, the Supreme Media Council should as dictated by this judgment exercise its powers to censor links uploaded on YouTube that screen the movie within the borders of Egypt as there is no violation to the freedom of expression by censoring the movie, which according to the latter is insulting prophets and companions adding that it is unacceptable for freedom of expression to overweigh on the principles of religion.

The Press and Media Law and relevant decrees remain vague in interpretation, it is still unclear as to the scope of authority over platforms similar to YouTube and internet based websites.

The above mentioned precedent has in our view interpreted the Press and Media Law’s scope in agreement with the territorial rule of the law and gave some guidance as to the required licenses for foreign platforms. But has however extended wide authorities to the Supreme Media Council as a supervisory authority.

While, there is a major difference between foreign content made available to audience in Egypt, and content produced in Egypt, the Egyptian authorities appear to have somewhat unclear and vast authorities in relation to content that does not meet local requirements. Their tolerance for content produced in Egypt is likely to be lower than that produced abroad and is only being viewed or broadcasted in Egypt, although this will depend on the subject matter in question.