Life after Death: Protecting your Loved Ones and your Legacy 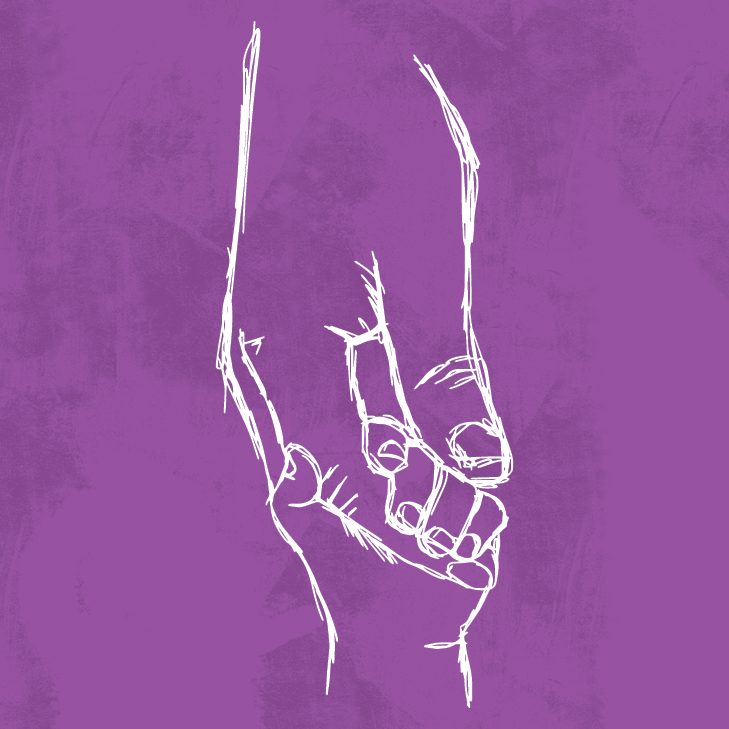 What Law and Rules Governs the Inheritance of Assets on the Demise of an
Expatriate?

Many non-Muslim expatriates living in the UAE are unaware that in the absence of a Will, recognised by the UAE legal system, the process of transferring their assets after death can be time consuming, costly and fraught with legal complexity. Serious complications can occur when infant children are left behind and no guardianship arrangement recognised in this country has been put in place. As a default, Sharia Inheritance rules would apply to property and it would be at the discretion of a local judge to choose a child’s guardian.

If an expatriate passes away without a Will, Federal Law No. 5 of 1985, concerning the issuance of Civil Transactions Law of the UAE (the ‘Civil Code’), and Federal Law No. 28 of 2005 regarding the UAE Personal Status Law (the ‘Personal Status Law’) guide the local Courts on the distribution of assets, only where it is not contrary to public policy. In some cases, it is possible that the Courts will apply principles of Sharia law to the estate of a non-Muslim, so mandatory rules of division between certain members of the deceased’s family will apply.

As a practical matter, access to the assets of the deceased individual is restricted. Assets cannot be transferred or be dealt with in any manner without direction from the local Court. In some circumstances, this can give rise to delays and financial complications at what is a critical time.

Many expatriates fail to put measures in place to protect their families and their assets. Even where investments are held offshore in foreign jurisdictions, individuals fail to consider what would happen to infant children, UAE bank accounts, end of service and gratuity payments, their freehold properties or shares in this country. There are a number of options now available to non-Muslims and in the Year of Tolerance, it is apt that these options have only grown, as detailed below.

Will Registration for Non-Muslims in the United Arab Emirates
Non-Muslim expatriates with assets in the UAE now have the ability to register Wills and this has the effect of creating legal certainty for the inheritance of their assets after death and the appointment of guardians for their children. This not only allows individuals to have testamentary freedom to dispose of their assets as they wish, it also provides peace of mind that an individual’s estate will be distributed according to their wishes and potentially avoids the need to have multiple Wills to cover assets in different jurisdictions. Below we discuss the available options for registering a Will in the UAE:

How to Register Wills in the UAE for Non-Muslims Expatriates?

The DIFC Wills Service Centre (formerly known as the Wills and Probate Registry) was established by Resolution No. 4 of 2014, issued by Sheikh Maktoum bin Mohammed bin Rashid Al Maktoum, the President of the Dubai International Financial Centre.

In May 2015, the DIFC Wills Service Centre introduced a new avenue for succession and inheritance matters for non-Muslims holding assets in Dubai and later Ras Al Khaimah, backed by protocols concluded with other public authorities.

The DIFC Wills Service Centre allows eligible non-Muslim individuals to formally register their English language Wills according to the principles of testamentary freedom, enabling them to choose to dispose of their Dubai or Ras Al Khaimah based assets upon death as they see fit. Once registered with the DIFC Wills Service Centre, heirs of the deceased are then able to enforce the deceased’s inheritance wishes through the DIFC courts, as an alternative to other judicial routes. All probate grants are issued by judges of the DIFC Court.

On 30 June 2019, Order No. 3 of 2019 in respect of the DIFC Courts’ Wills and Probate Registry Rules came into effect to allow non-Muslims to include all of their worldwide assets in a DIFC Will. Testators whose Wills are already registered with the Wills Service Centre have the option to modify their existing Will to include global assets.

Sheikh Mansour bin Zayed, Deputy Prime Minister and Chairman of the Abu Dhabi Judicial Department, issued a resolution in May 2017 to create an Office for Wills and Probate for non-Muslims in the Emirate of Abu Dhabi.

The new system has assisted in closing a gap in the legal system. Previously, there was no clear mechanism for the registration of Wills for non-Muslims in Abu Dhabi and the only way for beneficiaries to secure their assets was to request the application of the law of their home country, in keeping with the UAE’s Personal Status Law. Otherwise, assets would be automatically distributed according to Sharia principles.

The new Office allows non-Muslims with assets in Abu Dhabi and other Emirates to have the option to deal with their estates as they so choose. It also offers flexible legal options, where previously there was inflexibility, to assist non-Muslim families in the event of death. This better protects their intentions and assists in easing a process that otherwise would be long, stressful and complicated. The growing number of non-Muslim property owners are now also able to ensure their real estate assets are passed on, in accordance with their wishes, without further dispute.

The new Office was introduced shortly after the establishment of a special Court to deal with non-Muslim family law and inheritance affairs, as announced by Sheikh Mansour, which itself was a crucial development for the legal system.

Even enforceability has been considered and codified. On 22 September 2019, the Judicial Department in Abu Dhabi issued Administrative Decision No. (178) of 2019 on the Execution of Non-Muslim Wills. According to the decision, a Will shall be considered as an execution instrument in which it could be enforced directly through the Execution Department at Court, without the need for a court judgment.

As far as we are aware, no grant of probate or similar proceedings have yet taken place in the Courts of Abu Dhabi following the death of a testator.

For non-Muslims, the law of the deceased’s nationality can be applied if a Will is made formally. The UAE Civil Code stipulates that the law of the home country of a non-Muslim can be applied to matters of inheritance as defined by Article 17 (1), which states “inheritance shall be governed by the law of the deceased at the time of his death”. However, where a Will refers to the disposal of real estate in the UAE, then Article 17 (5) states that UAE law “shall apply to wills made by aliens disposing of their real property located in the state”. This is subject to a possible exception in the case of freehold property.

Furthermore, Article 1(2) of the Law of Personal Status allows non-Muslim expatriates, with assets in the UAE to make a Will under the law of their home country, to govern succession to his or her UAE estate instead of Sharia-based rules. However, the Will must be proved in the formal legal fashion before the Inheritance Court, a process greatly expedited if the expatriate has previously had the Will translated into Arabic and notarised here in the UAE.

Even though the Personal Status law provides non-Muslim expatriates with the right to request the UAE Court to apply their home country law, the Personal Status Law does not however expressly amend the UAE Civil Code. This leads to potential uncertainty as to whether or not a non-Muslim Will would be subject to Sharia law and not interpreted according to their personal wishes, as per the law of their home country. To date, difficulties have been faced in enforcing these Wills due to a reluctance on part of the Personal Status Courts in enforcing Wills that are contrary to the Sharia.

On 31 October 2017, Vice President and Prime Minister of the UAE and Ruler of Dubai, HH Sheikh Mohammed bin Rashid Al Maktoum, issued a new law regarding the registration of Wills by Non-Muslims, in the emirate of Dubai.

The new law will create further legal certainty for the inheritance of a non-Muslim expatriate’s assets after death and the appointment of guardians for their children (if any). This will not only allow individuals to have testamentary freedom to dispose of their assets as they wish, it will also provide peace of mind that an individual’s estate will be distributed according to their wishes.

The new law will apply to all Wills and assets of non-Muslims based in Dubai, including the Dubai International Financial Centre.

The new system will allow non-Muslims who have registered their Wills and probates before now at DIFC courts to remain valid.

The law will come into place once it is published in the government’s Official Gazette.

The UAE is the first jurisdiction in the Middle East which has enabled non-Muslims to make a Will under internationally recognised common law principles, safe in the knowledge, that upon their passing, the terms thereof can be easily enforced by their heirs. 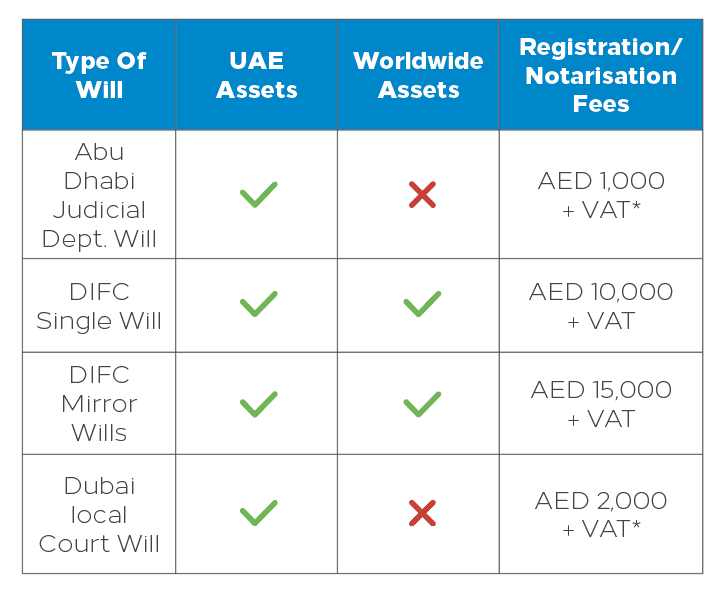