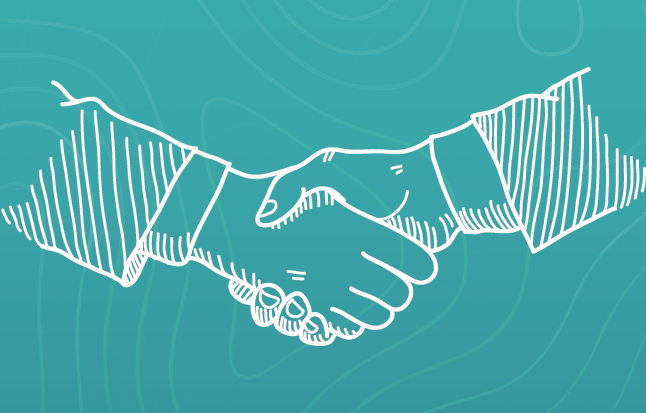 KSA has embraced international mediation through accession to the Singapore Convention. This article looks at some of the detail in the Convention and the benefits of mediation generally.

Arguably, the single most important innovation in the legal sector over the last five decades has been the steady advance of alternative forms of dispute resolution – including mediation and arbitration. At a time when clients are acutely time- and cost-conscious, the prospect of protracted litigation or even arbitration can seem burdensome. Mediation enables a quicker and less gladiatorial option – whilst still keeping the parties’ powder dry in the event that a settlement agreement is not agreed. International mediation has recently been put on a similar footing to international arbitration (which has benefitted from the New York Convention since 1958) – the likelihood is that more disputes will be funnelled through this channel with the new international treaty on the enforcement of mediation settlement agreements coming into force.

The Kingdom of Saudi Arabia (‘KSA’) is one the founding signatories of the Singapore Convention on Mediation (the ‘Convention’) (long form title: the United Nations Convention of International Settlement Agreements Resulting from Mediation). KSA was represented at the signing ceremony held in Singapore on 7 August 2019 by Ministry of Commerce and Investment Undersecretary for Policies and Regulations, Mr. Bader Al-Haddab. The Saudi Center for Commercial Arbitration (‘SCCA’) participated as part of a high-level official delegation, consistent with the aspiration for KSA to further enhance its own alternative dispute resolution profile. KSA’s Council of Ministers had already approved the mandate to sign the United Nations Convention on Mediation during the Cabinet meeting on 23 July 2019. The Convention will come into force six months after three countries have ratified, accepted, approved or acceded to the Convention (Article 14) – almost a certainty since 45 other countries as well as KSA signed at the first opportunity.

The Convention is intended to further bolster the efficiency and effectiveness of global trade by further facilitating cross-border dispute resolution. It recognises that the use of mediation results in substantial benefits, such as reducing the instances where a dispute leads to termination of a commercial relationship and, crucially, produces significant savings in the administration of justice by States.

As defined under the Convention (Article 2(3)), a mediation comprises:

“…a process, irrespective of the expression used or the basis upon which the process is carried out, whereby parties attempt to reach an amicable settlement of their dispute with the assistance of a third person or persons (the “mediator”) lacking authority to impose a solution upon the parties to the dispute.”

This is a particularly broad definition and would not require a mediation to be conducted by either a mediation institution or an accredited mediator for the Convention to apply. However, it should be noted that a serious breach by the mediator of standards applicable to them or the mediation and/or a failure to maintain impartiality/independence may result in the competent authority of the signatory State declining to grant relief (Articles 5(e) and (f)). The Convention therefore sensibly anticipates (but does not mandate) that mediators will be qualified/accredited and bound by a code of ethics (and there are a variety of accrediting bodies, such as the Centre for Effective Dispute Resolution (‘CEDR’), which fulfil this role).

The Convention (Article 1) applies to written settlement agreements arising from mediation relating to a commercial dispute [1], which, at the time of its conclusion is international in that:

The Convention does not apply to settlement agreements which have been approved by a court in the course of proceedings before a court and which are enforceable as a judgment; or which are recorded and enforceable as an arbitral award, separate regimes applying in these cases. KSA has an Enforcement Law which sets strict hurdles for the enforcement of foreign judgments (including a reciprocity test) but is also a signatory to the New York Convention on the recognition and enforcement of arbitral awards.

The competent authorities of a Convention signatory State are expected to:

It should be noted that parties can expressly opt-out of the Convention (Article 5(d)) and that signatory States can also reserve enforcement only to settlement agreements which expressly opt-in. The competent authority can also refuse to grant relief on public policy grounds (Art 5(2)(a)), which may pose particular challenges in the KSA context where particular terms (such as interest on late payments) are inconsistent with Shari’ah law principles.

So what is a Mediation?

A mediation is, in essence, a structured dialogue between parties facilitated by a mediator. There are ground rules – the process is confidential and without prejudice. This means that matters disclosed should remain confidential and cannot be advanced in subsequent hearings. The mediator mediates; their role is not to judge or arbitrate. Rather, through a blend of listening, reframing, coaching and encouragement, the mediator strives to create an environment where the parties can achieve a settlement. The mediator must maintain strict neutrality at all times. The focus is on interests rather than contractual rights. Flexibility is a clear advantage – typically the mediation moves through a process of information gathering/disclosure (tightly managed by the mediator who should seek explicit permission to convey anything sensitive between the parties), through to bargaining and then, possibly, settlement. The skill set involved requires a high level of emotional intelligence and experience of difficult negotiations; if mediation is being considered then its apparent that a deadlock of some kind has already occurred. Sensitively helping the parties to unpick that deadlock will likely involve unpacking some controversial issues.

Mediation has a rich heritage in the region. Islamic Law recognises the concept of an independent mediator through the practice of Al Wasata. Al Wasata is the practice of one or more persons intervening in a dispute, either at the request of one or both parties or, interestingly, on their own initiative. [2] Building on this cultural legacy and taking on board international best practice, in KSA the SCCA has promulgated its own set of Mediation Rules and is in the process of establishing a panel of mediators (although membership of the SCCA panel is not mandatory).

Judicial views on mediation in the UK are encouraging (which, given that many regional players have contracts governed by English law, is especially relevant). It is clear that an unreasonable resistance to the process can be taken into account when assessing costs; leaving a substantial uncertainty hanging over proceedings as the reasonableness (or not) of a party’s actions can only be determined at the end of a case. [3] It is likely that mediation will gain further traction in future as a necessary step and indeed a preferred method of dispute resolution or embedded in a multi-tiered process. The striking success rate of mediation is already well known According to CEDR’s 2018 Mediation Audit, 12,000 commercial mediations (excluding small claims mediations) were performed, being an increase of 20 per cent on 2016 and double the number in 2010. The estimated value of commercial claims mediated was GB£11.5 billion (approximately US$15 billion). The overall success rate of mediation remains high with an aggregate settlement rate of 89 – 74 per cent achieving settlement on the day of mediation and 15 per cent shortly after mediation.

Businesses in KSA and regionally will need to seriously consider mediation when navigating their options on any dispute; the Convention will enable settlement agreements settled outside or related to KSA to be invoked and enforced in KSA. Likewise, mediation settlement agreements agreed in the Kingdom can be invoked and enforced in other signatory states.

Al Tamimi & Company’s Dispute Resolution team has the capability to provide advice to clients on mediation proceedings, to assist as counsel in mediations and to act as mediators in commercial disputes across the region and beyond. For further information, please contact Francis Patalong (f.patalong@tamimi.com).

[1] The Convention does not apply to transactions related to personal, consumer, family or household purposes or matters arising from family, inheritance or employment law.

[2] For a fuller description of regional history and state approaches see this excellent article: http://mediationblog.kluwerarbitration.com/2018/01/23/history-mediation-middle-east-prospects-future/