KSA Courts of Appeal: significant development in process for appeals 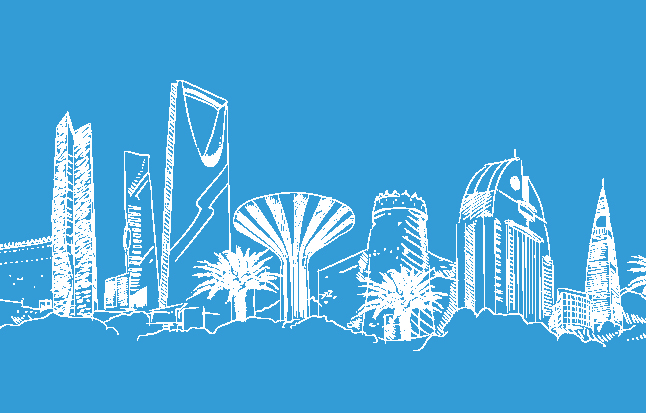 The judicial framework of the Kingdom of Saudi Arabia is witnessing remarkable developments on many fronts. Commercial courts, previously under the umbrella of the administrative courts, now operate independently. Labour Courts have been established to consider labour disputes, previously heard by the Panels for Settlement of Labour Disputes. Steps have been taken to accelerate dispute resolution including the adoption of an electronic notification service. Development also extends to the form of judgments which are now required to be reasoned in all tiers of the system.

Perhaps most notable among the developments that have taken place in the judicial field are those in the process for pleadings before the Courts of Appeal. Previously the Courts of Appeal considered all objections, raised before them from the First Instance Courts, purely through written submissions with limited or no scope for verbal representations. There has been a recent paradigm shift in this process which we explain below. Consequently, this article will tackle the following:

Objecting to and appealing judgments issued by the Court of First Instance was previously done by way of submission of a statement of appeal by the appellant to the court in which the judgment originated. The Court of First Instance which issued the original judgment would then review the statement of appeal and determine whether to amend or affirm the judgment. Where the court affirms its original position, it would then refer that judgment to the Court of Appeal for consideration and approval. The process would be by means of written submission. The litigants were not allowed to plead before the Court of Appeal. However, following the recent changes in procedural practice, the parties to the lawsuit are now allowed to plead before the Court of Appeal, as further explained below.

The new process: oral pleadings before Courts of Appeal can be advanced

A suite of Ministerial Circulars has been issued to facilitate pleadings before the Courts of Appeal as well as the new Implementation Regulation of the Procedures of Appeal.

The Circulars expand the authority of the Appeal Courts to include determination of appeals by way of oral hearings and written submissions pursuant to the provisions of the Civil Procedures Law and the Criminal Procedures Law.

The Circulars in question provide that the Courts of Appeal shall, in accordance with the Law of Civil Procedures and the Law of Criminal Procedures, start hearing the objections to appeals against decisions of the Courts of First Instance in commercial and criminal cases in order to expedite dispute resolution and enhance confidence in the judicial process.

The appellate oral hearing stage is a development that requires its own set of procedures. To this end, the implementation of the new appellate procedure was adopted through the Minister of Justice Decision No. 5134 dated 21/9/1440H. The new Regulation provides clarification on:

The Regulation also polices the process of objection on appeal, from filing a brief in support of the objection before the Court of First Instance through to the pronouncement of the Appeal Judgment.

Cases where verbal pleadings before the Courts of Appeal are allowed

Generally, Court of First Instance rulings are subject to appeal (by way of written submission or pleadings) with the exception of rulings on small claims of up to SAR 20,000 (US$ 5,333.33).

The new Circulars provide that the following categories of appeal can now be advanced through oral hearings:

In addition to the abovementioned cases, the Courts of Appeal have discretionary authority to hear objections and appeals by way of pleading in cases other than the abovementioned. This discretion includes the ability to intervene and require oral presentations where it is in the interests of efficiency and justice to do so.

It should also be noted that the Circulars advance a working assumption that where pleadings are advanced by way of written submission and orally in the same case, preference should be given to consolidating the oral pleadings process into written submissions.

It should be noted that the Court of Appeal will not consider the appeal by way of pleadings unless such request has been explicitly stated in the statement of appeal, as Article (2) of the Regulation, stipulates that if the appellant has not elected in his/her application for the appeal to be considered by oral pleadings or by way of written submission, the appeal shall be considered by way of the latter.

The statement of appeal to be filed at the Court of First Instance shall contain the information specified in article (2) of the Regulation. The Court, which issues the judgment, shall peruse the statement of appeal, after submission of a copy to the Court, upon expiry of the period of appeal. If the Court decides to reconsider the judgment, it will request the file of the case from the concerned department within five days from the end of the period of appeal. If the Court does not request the file within the requisite period, the concerned department shall refer the file to the Court of Appeal on the second day.

This change will contribute to strengthening the trust of local and international investors in the Saudi Judicial System and the tools and mechanisms that protect their investment. This development is in line with the Kingdom’s Vision 2030, which aims to facilitate and protect the flow of local and international investment and enhance the competitiveness of the Kingdom of Saudi Arabia.