Family Business Disputes in the GCC: A Snapshot 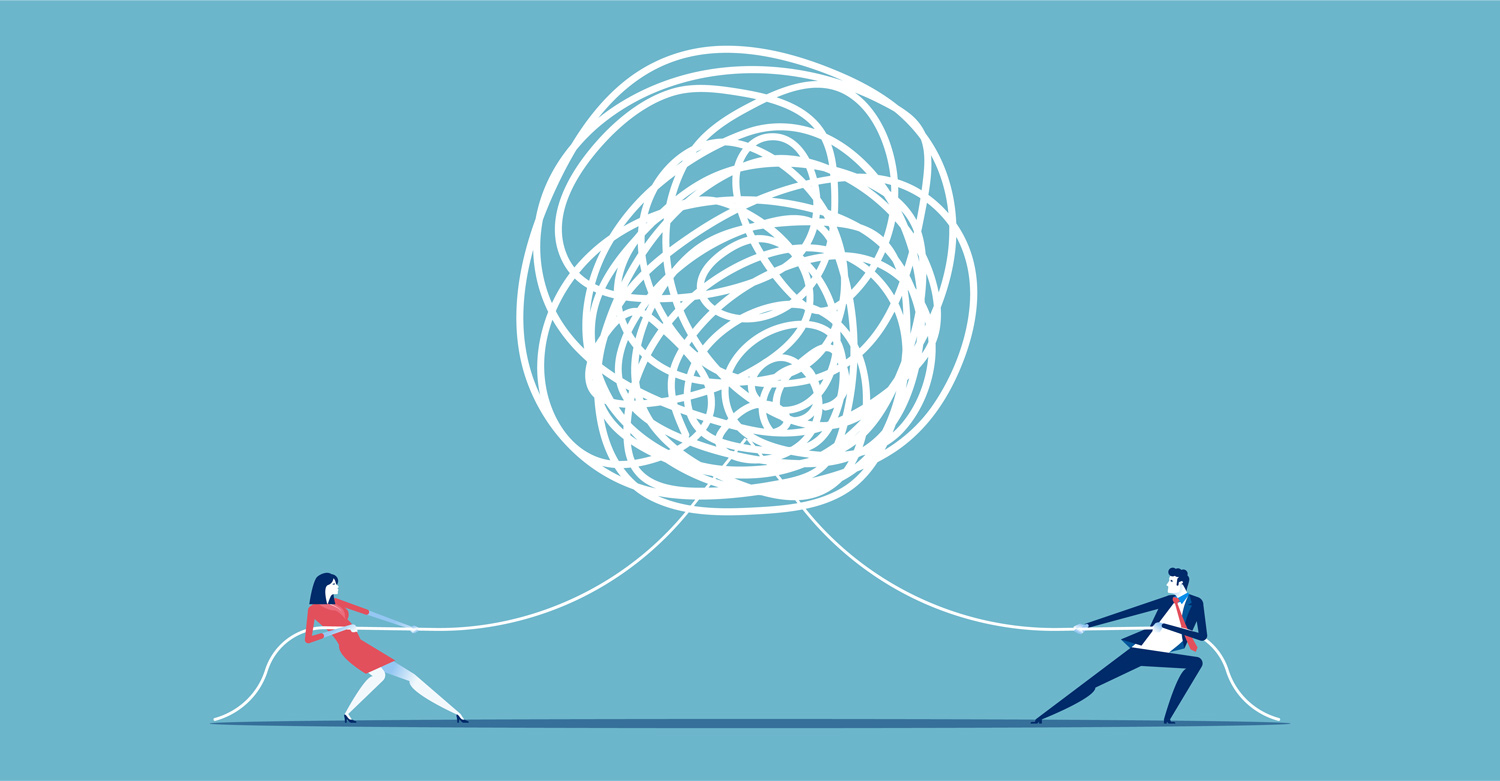 Family businesses are the most important contributors to economies in the Gulf Co-operation Council (‘GCC’) outside of state-run enterprises. In 2016, PWC’s Middle East Family Business Survey found that family-owned businesses – where shareholders, linked by blood ties, own all or the majority of shares in a company often bearing the family name – accounted for around 60 percent of the region’s gross domestic product and employed over 80 percent of the workforce.

Yet family businesses suffer from a perverse tension. On the one hand, family-run businesses are more likely to survive because family members make sacrifices and co-operate in ways that strangers embarking in a collective enterprise may not. On the other, families mix business with pleasure, and the same intimate relations that encourage teamwork may turn sour. When they occur, family disputes can become more personal and acrimonious than disputes between stakeholders in other forms of corporation. Although family businesses can be worth millions or even billions of dollars, employ thousands of people and span many countries, disputes between family members are often not about money or control, but about pride, prestige and status.

Through 2018, Al Tamimi & Co has been working with the Family Business Council – Gulf (‘FBCG’) to conduct research into forms of dispute resolution used by families in the GCC. The FBCG is the regional chapter of a global family business organisation, the Family Business Network. It promotes the successful development of family businesses, including advising on improvements to their governance and promoting better succession transitions for handing the business down through family generations.
The fruits of that research will be published in 2019. In this article we explain in brief how the report was constructed and focus on two areas: three major reasons for family disputes crystallising; and three measures that can be taken to reduce the intensity of disputes before they break out.

The first stage of our research was based on interviews with key stakeholders from selected GCC jurisdictions. Our focus was predominantly on the UAE, as we reasoned that many of the headline problems faced by families in resolving disputes are common across the Gulf countries. Our Emirati interviewees included senior personnel from: the Dubai Chamber of Commerce and Industry; the Dubai Courts, the Dubai International Financial Centre (‘DIFC’) and Abu Dhabi Global Market (‘ADGM’) Courts; arbitral institutions including the DIFC-LCIA and DIAC arbitration centres and the Dubai Courts’ Centre for the Amicable Settlement of Disputes; the Federal Ministry of Economy; and the Dubai Economic Department. In Bahrain we met with experts from the Bahrain Chamber for Dispute Resolution, the GCC Arbitration Centre, and local law firms.

The interviews were structured around an agreed list of questions that were sent to the interviewee in advance, to give him or her time to consider the issues to be discussed. Those questions covered: the state of family business disputes; factors allowing effective and successful family business dispute resolution; the availability of dispute resolution processes; procedures for alternative dispute resolution (‘ADR’); awareness of ADR; and collaboration between providers of ADR. Interviews were conducted in Arabic or English (and sometimes both).

Why do family business disputes arise?

We have identified a number of triggers of family disputes. Here, we focus on three which we have found to be commonplace in the GCC.

Disputes over succession and the assignment of management and control rights

In a typical situation, a founding father may have applied his discretion throughout his lifetime in the division of profits. When he dies, the new controller of the family business may split profits in a different way. The new controller may be appointed by a constitutional document like a memorandum of association, or may be appointed after a vote of family members, or may simply slide into the role without much thought or challenge. Aside from changing the distribution of profits, the new controller may change any number of features in the family business, from its corporate structure, the location of its offices and the numbers of employees, through to the business focus, marketing and branding strategies it employs. Any of these changes can give rise to a dispute, as can decisions and actions taken during the interregnum or transition phase between one controller and another.

Family dynamics and competition across the family

Our respondents identified disputes arising where personal animosities spill over and are imported into the family business context. Purely personal disputes are hard to identify; there is a feedback loop between personal disagreement causing dispute in a business setting, and aggravated family business discord descending to personal acrimony. In many ways, personal fallings-out are the hardest to deal with too, as they may rest in emotion rather than reason, and they are the most Pyrrhic, as family members look out for their own self-interests at the expense of their family business.

Furthermore, to an extent, all disputes, whether within family businesses or not, are about power and authority. Disputes may ostensibly be about control but really be about the lack of trust between family members who were held in check by the founding father during his lifetime, or because of embedded, emotional conflicts between family members that come to the surface at difficult times. Such personal animosities or dislikes can mask themselves as disputes about control or money when, in fact, they are about personal rivalries or competition amongst family members.

Our approach has been to recognise family disputes as their own, separate category overlapping with conventional company problems but recognising: (a) the emotional charge of families who own businesses, often built up over many years, over the colder attitude of third party shareholders who seek only a profit; and (b) the informality of family management. These factors shape the need for different conflict resolution methods.

What happens when one family member wants to “cash in” and sell his or her stake in the company? This can be particularly problematic if those looking for an exit seek to liquidate the company to get a share of its assets as well as sell their equity. Family members may criticise the decisions and actions of others in the family business and seek to sell their shares (possibly to third parties from outside the family) or otherwise leave their interest in the family business. It may be the case that when a family member wants to exit the business, if the other family members cannot pay them off, the business may look to formally issue shareholdings and seek private placement or even public listing of those shares, to create a mechanism for shareholders to grow their holdings and liquidate them.

How can family disputes be prevented?

Draft a thorough constitution for the family business

Family businesses come in many guises. Some may effectively be unincorporated associations where the sole legal identity is the founder who acts as a sole trader, but with his or her family involved in the management and operation of the business. More usually, the business is a limited liability company or private company of some form that is governed by a constitution, articles of association (‘AOA’), memorandum of association (‘MOA’) or similar agreement. It is important that families consider reflecting in their constitution the protocols they want to use in cases of dispute. They may, for instance, pre-appoint a mediator or arbitrator, or have a process for exiting the family business. However, there are limitations to what the constitution can say, and the personal nature of a family dispute often puts it beyond legal argument.

We would recommend that family businesses take proper legal advice on the form and substance of their constitutional documents, and consider including provisions for the following:

In particular, families should consider succession planning. Succession planning is essential if a family is to avoid conflicts arising when the controller of the business dies. In comparison with common law jurisdictions, generally speaking, GCC onshore laws and regulations are not well adapted for family businesses and are considered to a certain extent to be a rigid environment for succession planning purposes. Family businesses may wish to use trust and private interest foundations arrangements and structures which provide greater flexibility for family succession and governance.

Family businesses should consider carefully whether they wish to incorporate inside or outside a free zone, as not all legal regimes allow the full possibilities for a bespoke constitutional agreement and jurisdictions vary in the help they give parties in family disputes. Many jurisdictions do not recognise side agreements that vary (and necessarily conflict with) the formal AOA or MOA and terms of a company, for example, because they are not documents capable of notarisation. Even within jurisdictions there are different flavours of flexibility: in the UAE, limited liability companies provide more flexibility in governance arrangements and in drafting MOAs, and they are not as heavily regulated as joint stock companies. This point builds on both of those above. Parties cannot resolve disputes quickly if they are unaware of channels and processes which can help them to do so. The two main forms of ADR available in the GCC region are mediation and arbitration. Other forms exist, such as adjudication, expert-determination, neutral evaluation and conciliation, but to an extent these are sub-species of arbitration and mediation as generally understood by our respondents. Our respondents identified an awareness of ADR, whether through formal institutions or informally by seeking a mediator or arbitrator for their dispute, as a key factor in effective conflict resolution. Family members may not want to pay for detailed or specialist legal advice at the outset of a dispute but, in delaying seeking help, they may not know of the availability of alternative dispute resolution. In ignorance, family members may be unable to deal with their dispute until it deteriorates to the point at which they instruct specialists to recover the situation.

One useful aspect of ADR is that the parties control the process. As a general proposition, arbitration and mediation both provide swifter, cheaper, more flexible, and more private means to resolve disputes. In the UAE (and particularly in the Emirate of Dubai), the majority of family business disputes – some thought up to 80 percent – are believed to be dealt with by the Ruler’s Court, either directly or by an arbitrator or mediator appointed by the Ruler’s Court. Some of our respondents thought that the outcome of the conflict resolution process should be binding and final if it is to be effective, and that non-binding dispute resolution was of less or little importance. If the alternative dispute resolution process is not going to lead to a conclusive end, it may be susceptible to being undermined by the losing party unless imposed by a higher authority. In mediation, where the parties arrive at their settlement largely by themselves, a higher degree of ownership and participation is required.

Our interim report will be released in early 2019, following which it is likely that we will interview more legal practitioners, policy makers and officials in other jurisdictions, to see how local variations influence family dispute resolution. We also hope to issue an online questionnaire to family businesses, to gather their input, before releasing a final report later this year.