DIFC Court Precedent Alert: Kuwait Judgment Fails Test for Recognition and Enforcement at Common Law and Under the GCC and Riyadh Conventions 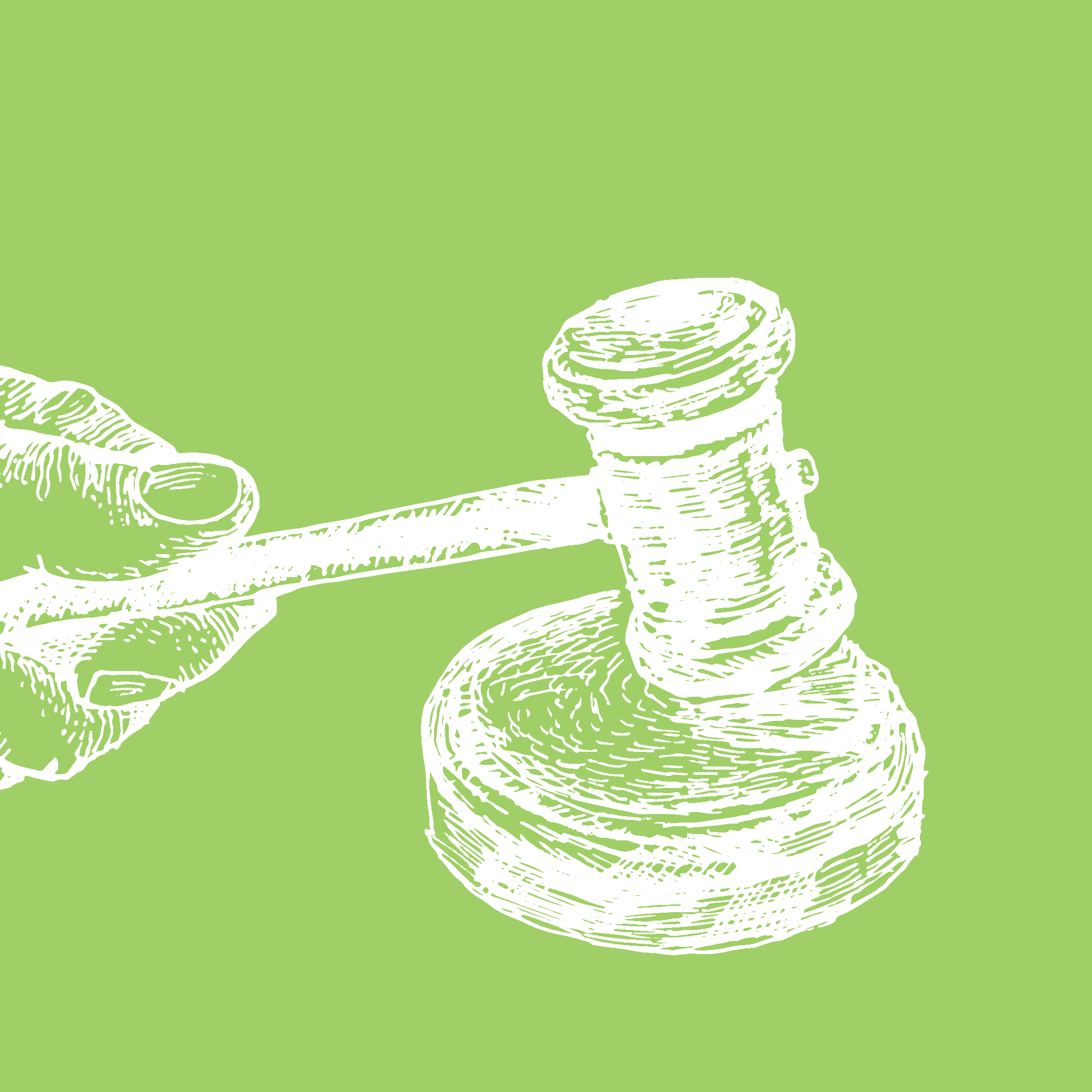 The enforcement of foreign judgments in the UAE continues to be a fast-evolving area of law. In a recent case. that is likely to stand as a leading precedent for the recognition of judgments in the DIFC and the wider GCC region, Al Tamimi’s International Litigation Group acted successfully for a global bank in setting aside a DIFC Court order recognising and enforcing a Kuwait Court of Cassation judgment against the DIFC branch of the Bank.

The judgment of the Court of First Instance in the case is presently under appeal, and the appeal decision will be reported here in due course, but given the significance of the underlying issues regarding enforcement practice in the UAE and the wider GCC region it is instructive to consider the arguments advanced by the parties at first instance, and to look at how these were dealt with by the Court in its judgment.

In February 2005 the parties entered into a Trust Agreement whereby the Bank agreed to subscribe to shares in investment funds and hold those shares on behalf of the Customer. These arrangements were part of the banking relationship between the parties, and both the Bank’s general customer terms and the Trust Agreement were the subject, in respect of claims by the Customer, to an exclusive jurisdiction clause in favour of the courts of the Bank’s home jurisdiction.

The Bank is a foreign entity with branches around the world but no branch in Kuwait. The Bank’s Customer is a company incorporated in Kuwait.

Following the grant by the DIFC Court on an ex-parte basis of a recognition and enforcement order in respect of the Kuwaiti judgments, the Bank applied to set aside the order on the primary ground that the DIFC Court ought to refuse recognition because, notwithstanding the decisions of the Kuwaiti courts assuming jurisdiction as a matter of Kuwaiti law, the Kuwaiti courts lacked jurisdiction in the international sense, as required by the 1983 Riyadh Convention and by the equivalent provisions of the 1997 GCC Convention.

In particular, the Bank argued that the payment by the Customer of money to a Bank outside of Kuwait did not constitute performance of any contractual obligation within Kuwait so as to satisfy the requirement of court competence under Article 25 of the Riyadh Convention and Article 1A of the GCC Convention, and further that there was no other basis for Kuwaiti jurisdiction.

In response, the Customer argued that the contractual obligations which were the subject of the dispute fell to be performed and were performed in Kuwait. It also argued that the determination by the Kuwaiti Courts of their jurisdiction was binding on the DIFC Court, to the extent of being res judicata, in the absence of any valid public policy objection.

The DIFC Court set aside the Order on the principal ground that the Kuwait Court had no jurisdiction over the dispute in the international sense required by the GCC and Riyadh Conventions (the ‘Conventions’) or at common law.

Rather, the DIFC Court was called upon to apply the test of competence under the Conventions, which was an autonomous and different test. In particular, under Articles 25 and 1A of the respective Conventions above, read together with Articles 28 and 29 of the Riyadh Convention and Article 4 of the GCC Convention, the DIFC Court was required to ‘examine’ the foreign judgment to ensure that the Kuwait Court had the jurisdiction to hear the case in accordance with the principles and rules of international jurisdiction as applicable in the UAE/the DIFC as the jurisdiction where enforcement was sought.

The Court noted that while it had jurisdiction generally to recognise the Kuwait Judgment under the Judicial Authority Law and DIFC Court Law, the DIFC Court was bound (as a Court of Dubai and the UAE) by the treaties and conventions signed by the State with regard to recognising and enforcing foreign judgments. Accordingly, the process of recognising judgments from Riyadh and GCC Convention countries had to be carried out within the parameters of those Conventions by satisfying the conditions or limitations for enforcement as set out in those treaties.

It therefore followed that the DIFC Court had the power and duty to examine and rule upon whether the Kuwaiti Courts had jurisdiction in the underlying proceedings as required by the relevant provisions of the Conventions.

As regards the argument that it was not open to the DIFC Court to re-examine the issue of jurisdiction because the Kuwait Courts had already determined this issue and, accordingly, that the issue was res judicata, the DIFC Court disagreed, preferring and adopting the argument cumulatively advanced on behalf of the Bank, as follows:

With regard to whether the Conventions’ requirements had been met in this case, the Customer argued that the Kuwaiti Courts had jurisdiction by reason of the place of performance of the obligation in dispute, which it contended was in Kuwait.

The DIFC Court again disagreed, preferring the argument advanced by the Bank, namely that the obligation in dispute (repayment of investment monies) was an obligation that, under DIFC law and at common law, was to be performed outside Kuwait. In addition, the parties had expressly agreed in the Trust Agreement that the place of performance was the Bank’s home jurisdiction (the place of debt enforcement as defined by the domestic law of the Bank’s home jurisdiction), and the Customer was subject to a contractual estoppel preventing it from contending otherwise.

Given that no other ground of jurisdiction was relied upon, it followed that the Order granting recognition and enforcement fell to be set aside.

The Bank also succeeded in its secondary case that the recognition and enforcement be set aside because it had been obtained in breach of the Customer’s duty of full and frank disclosure when applying for the Order on an ex-parte basis. As is well established, this obligation extends to identifying possible defences that the judgment creditor might have to set aside the application. In the present case, no such possible defences had been identified at the ex-parte stage, including any defences along the lines of the jurisdictional objections maintained by the Bank throughout the Kuwaiti proceedings, and in the circumstances the Court found that the Customer had not complied with its obligation of full and frank disclosure. Accordingly, the Bank’s application to set aside also succeeded on this alternative ground.

This is a significant judgment that is likely to be viewed positively by the international business community to the extent that it fosters greater certainty in de-limiting the permissible boundaries of domestic jurisdiction under regional treaties and at common law.

By focusing on the requirement for ‘jurisdiction in the international sense’ the judgment should help deter forum shopping by parties seeking to bring cases in jurisdictions having no connection with the subject matter of the dispute.

The judgment is also welcome in affirming that commercial actors will be bound by exclusive jurisdiction clauses as a key autonomous element of their commercial banking arrangements.

In respect of all the strands of argument considered, the judgment of the DIFC Court of First Instance arrived at a consistent answer based upon an harmonious interpretation of the relevant provisions of the Conventions and of the corresponding rules and principles at common law. To that extent, it is another example of the capacity and expertise of the DIFC Court, as an international commercial court, to tackle and determine common and overlapping issues of comparative law.

On a final point it may be noted that the enforcement of foreign judgments in the onshore UAE Courts has been impacted by the entry into force on 16 February 2019 of Cabinet Resolution No.57 of 2018, which includes important amendments to the provisions relating to the enforcement of foreign judgments under the UAE Civil Procedure Law. It is to be hoped that the principled judgments of the DIFC Court on the interpretation and implementation of the Conventions will prove equally influential in that context.

Note: The Customer’s appeal against the judgment of the Court of First Instance in this case has been listed for hearing later in December 2019. The judgment of the DIFC Court of Appeal will be reported in due course in Law Update.